Natural habitats of microorganisms are dynamic environments with non-continuous supply of carbon and energy sources. These dynamics change the selective pressure and in contrast to batch or chemostat cultivation conditions, storage metabolism can increase competitiveness. Most prominent in bacteria is the accumulation of PHA (Jiang et al. 2011) but some organisms also invest in the accumulation of glycogen and/or polyPi in anaerobic/aerobic cultivation conditions (Van Loosdrecht, Pot, and Heijnen 1997) .

Microorganisms with storage metabolism are very relevant for wastewater treatment plants, especially in enhanced biological phosphorus removal, EBPR. This process uses a mixed culture enriched in phosphate-accumulating organisms (PAOs), which takes up VFAs (volatile fatty acids) and phosphate and converts these into PHA, glycogen and polyPi in an anaerobic-feast/aerobic-famine dynamic regime.

However, the EBPR process can become unstable and mainly due to PAOs’ direct competitors: Glycogen-accumulating organisms (GAOs) (Oehmen et al. 2010). Both are able to take up VFA anaerobically, store carbon as PHA and use the accumulated intracellular storage products for growth aerobically. The main difference is that GAOs are not able to store polyPi as PAOs do. Interestingly, small differences in the process regime (Feast/famine and aerobic/anaerobic) lead to an enrichment of PAO or GAO’s. However, while the overall metabolic processes can be well described, the intermediate metabolism and the regulation of the complex metabolic switches between storage accumulation and growth and their influence on the PAO-GAO competition are still poorly understood.

In this project, novel system biology tools developed for pure culture systems are applied to unravel PAOs (and GAOs) exquisite metabolism and its regulation. By combining intracellular metabolomics, fluxomics and genome-scale metabolic modelling, we aim to clear the decades-old controversy around the metabolism of both organisms and derive hypothesis for the metabolic/post-transcriptional regulation of these systems. 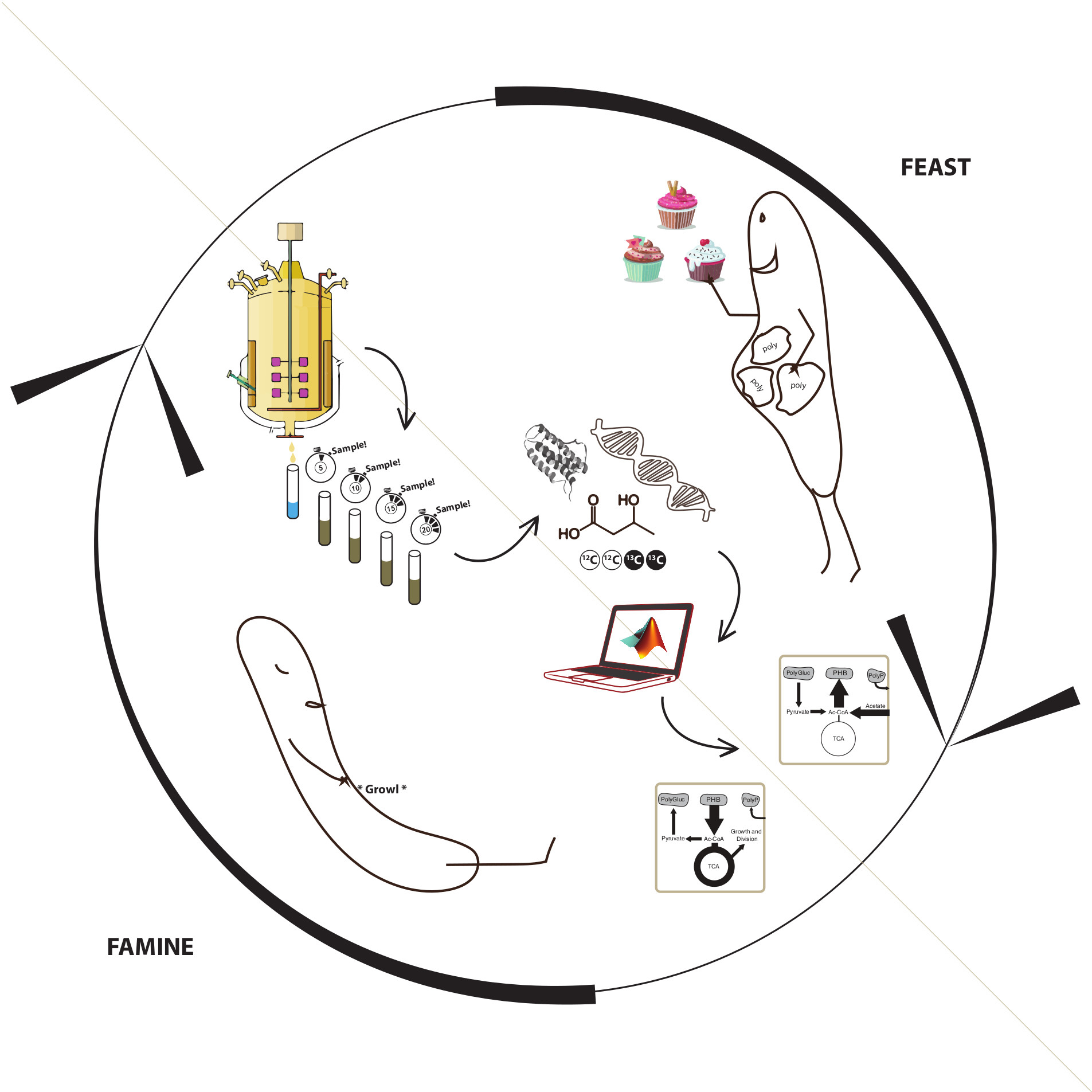