Bio-energy: not a bad idea

Biofuels don't have a particularly good reputation. Undeservedly so, says Professor Patricia Osseweijer from the department of Biotechnology. Bearing the United Nations Millennium Development Goals in mind, she is currently arguing the case for more investment in bio-energy. Not only because biofuels are renewable, but also because smart investment in bio-energy can play a part in the social development of deprived areas.

‘You have a point, but solar energy and wind energy are nowhere near enough to counteract climate change. Also, they’re not the best option for every place on Earth. One of the advantages of biofuels is that you need land to produce it. If you invest in biofuels, you don't only generate energy, but you also improve agriculture and create employment and income for people in poorer circumstances.’

‘Forty years ago, Brazil had political reasons for trying to become self-supporting in energy. The Brazilians invested heavily in growing sugar cane. Now, the sugar they produce is sold on the market, but if the price of sugar drops they can ferment it and convert it into alcohol. The end product is ethanol, and as ‘flex-fuel’ cars are now common in Brazil, Brazilians can fill their tanks with it. Cane sugar is grown on 1.4 percent of Brazil's agricultural land, which is a fairly small area. But it still produces around 50 percent of their total fuel requirement.’

No, the 50 percent relates to private cars, in which ethanol replaces petrol. Freight traffic runs on diesel and the aviation industry relies on kerosene. You can't replace these with ethanol, but you could use biodiesel and biokerosene instead. We can already make these from used cooking fat, but technically it should also be possible to make bio-jet fuel from ethanol.’

‘There are two main objections. The first is that people think that there isn't enough land to feed a growing global population and grow crops for producing biofuels. ‘No food in fuel tanks’, as Oxfam Novab puts it. The second argument that is often put forward is that biofuels aren't actually as sustainable as they seem to be, because of the CO2 emissions when they are produced and used.’

‘Oil has been in the ground for millions of years. When you burn it, the CO2 stored within is suddenly released into the atmosphere. Plants also store CO2 from the atmosphere so when you burn them, they also release CO2. But this cycle only takes a year at the most, so it's much shorter than the fossil fuel cycle.’

‘None whatsoever. Various studies, including some that we've worked on, show that there is enough land to grow crops for both food production and biofuels. Particularly in poorer areas.’

‘To give a concrete example: Jack Pronk's group has developed a yeast that converts C5 sugars into ethanol. These C5 sugars used to be a residual product as yeasts could only cope with C6 sugars. The fact that we can now also convert these C5 sugars means greater yields. We’ve also got the Bioprocess technology group, which has computed huge amounts of data to find the most efficient way of setting up a production system. Yet another group is involved in enzymology, exploring which enzymes can be used to release residual matter from plants. This is essential because to get to the sugars, you first have to break down the cell walls. So our research groups complement each other nicely. And we also work closely with industry.’

'Certainly. We just launched a project with several companies that use plants (and residual plant matter) to produce ethanol, in which POET-DSM is taking part. A few years ago, they opened a biorefinery in the USA that derives ethanol from plant waste. This refinery, Liberty, uses the yeast developed here that I was just telling you about. We’re also working with SkyNRG, a spin-off of KLM that trades in bio-jet fuel, to look for better ways of organising the entire infrastructural system for producing biofuels so that farmers, for example, can become involved. In addition, Mark van Loosdrecht's group is studying residues from waste water to see how this could be used to make different products.’

‘Exactly. It's all about sustainability and the circular economy. We think that biofuels could play an important part in this, particularly in terms of social development in deprived areas. Ultimately, we want everyone in the chain to reap the benefits.’ 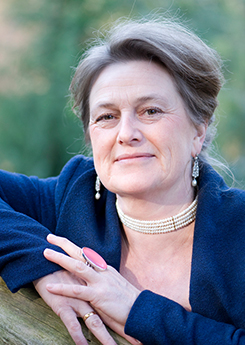