Activate high contrast To main content
Back to ICT Innovation

Responding to the challenge

Navigating the often complex legal landscape of software licensing can be a genuine challenge for researchers, particularly when starting up a research project for the first time.

Today’s researchers, when starting out on a PhD, may typically need to be competent scientists and programmers, but also understand and be sufficiently knowledgeable to make the right choices for the licensing of the software that they build. Without the latter, they risk a number of potentially undesirable situations.

To help researchers navigate their way, a working group at TU Delft has put together a set of guidelines for researchers, which can be downloaded here.

In addition, the working group is drafting a document to provide more detailed information and links to related documents and useful sources. 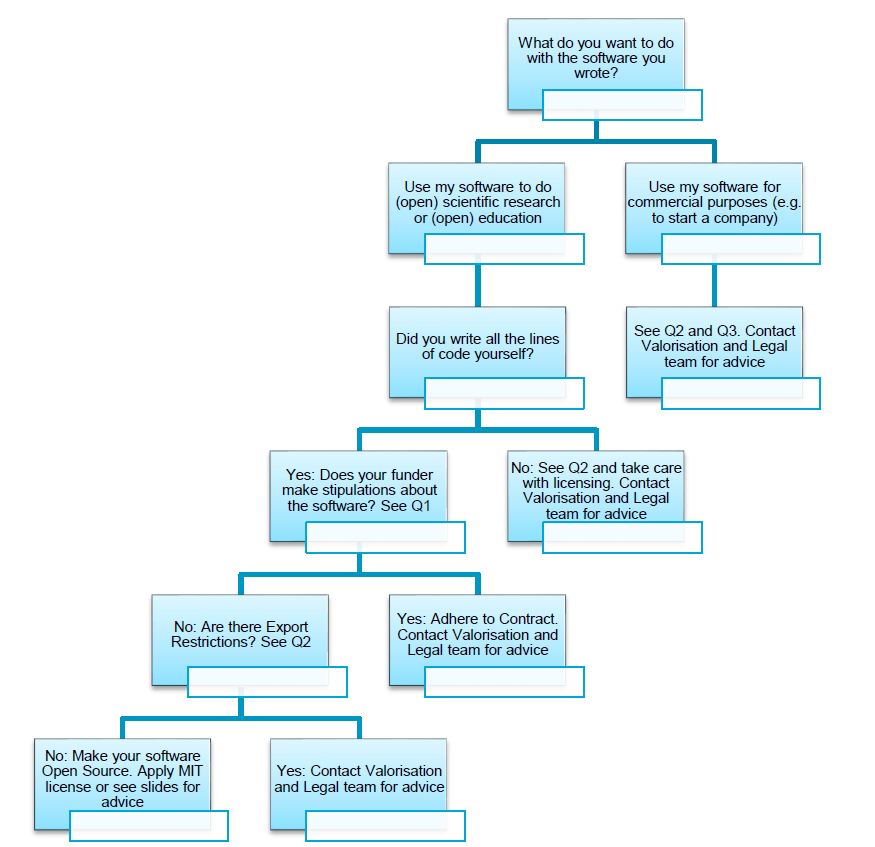 Open, reproducibility, peer-review and building upon others’ work

The very nature of the research itself, may be to create or improve upon software, which might be worked on openly and collaboratively with others, from institutions other than those of the institution by which the researcher is employed.

In addition, the task of creating scientific software as output of the researcher does not end with the publication of results which will have been generated as a result of the developed software. Making that software available for inspection and use by other scientists is essential to reproducibility, peer-review, and the ability to build upon others’ work.

Licenses are important for setting out the terms on which software may be used, modified, or distributed and by whom. Without a license agreement, software may be left in a state of legal uncertainty in which potential users may not know which limitations owners may want to enforce, and owners may leave themselves vulnerable to legal claims or have difficulty controlling how their work is used. Licenses can also be used to facilitate access to software as well as restrict it.

The working group consists of Julie Beardsell, Merlijn Bazuine, Susan Branchett, Maria Marques de Barros Cruz and Marta Teperek and the group would like to thank those researchers across the faculties who have contributed so far and encouraged the development of this initiative at TU Delft.

Julie Beardsell was an innovation expert at TU Delft. Find her at LinkedIn.