A redesigned court: impartially on your side

Imagine this: an official looking letter lands on your doormat. You open it and struggle to understand the words. As far as you can make out, you are being summoned to court. Something to do with being behind on cellphone payments. Reading between the lines of legalese, you decipher that your fate will be decided on by a judge.

Dutch citizens come into contact with the courts system on average once in their life. For many people - even those accused of minor offences such as being behind on a phone bill – the experience can be overwhelming. Much of this is down to a system which seems to have been designed to confuse.

This perceived experience is remarkable, especially when you consider that the very court system that handles this types of case, was established on the principle of giving every citizen access to justice. So when Rens de Graaf, an MSc graduate student at Industrial Design Engineering at Delft University of Technology, got the opportunity to improve the service level of the provincial Noord-Holland Court, he grasped the opportunity with both hands. He recently graduated with a 10, the highest possible mark.

Sarah-Jane Rose, Noord-Holland court spokeswoman: “The people seeking justice in these types of sub-district court cases rarely have professional help. We asked Rens de Graaf: ‘How do you improve the accessibility and the comprehensibility of these cases? Our court usually looks at issues within the existing possibilities that the law offers and the impossibilities that accompany them. There isn’t a lot of expertise and space to tackle this issue with a creative and open mind.” 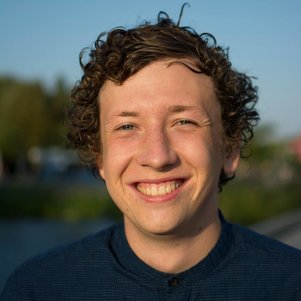 It starts with that first letter, the court summons. A lot of people simply do not understand it. By means of legal jargon, you are told that you have the opportunity to come to a rolzitting: a meeting at the court where you can tell your side of the story which will then be included in the case dossier in written form. Rens: “That summons does not incite action, but the moment you get it, you have to do something. Only 10% of people actually show up for their rolzitting.” Rens demonstrated just how hard it is to understand the summons by means of a small experiment he carried out with his fellow students at TU Delft. He simply sat them down and gave them the court summons. “None of the students understood what was in the letter and what they should do next. The wording is so complicated that it demotivates: you’d rather just put it aside. And these are university educated people, what can the local plumber do with it?” 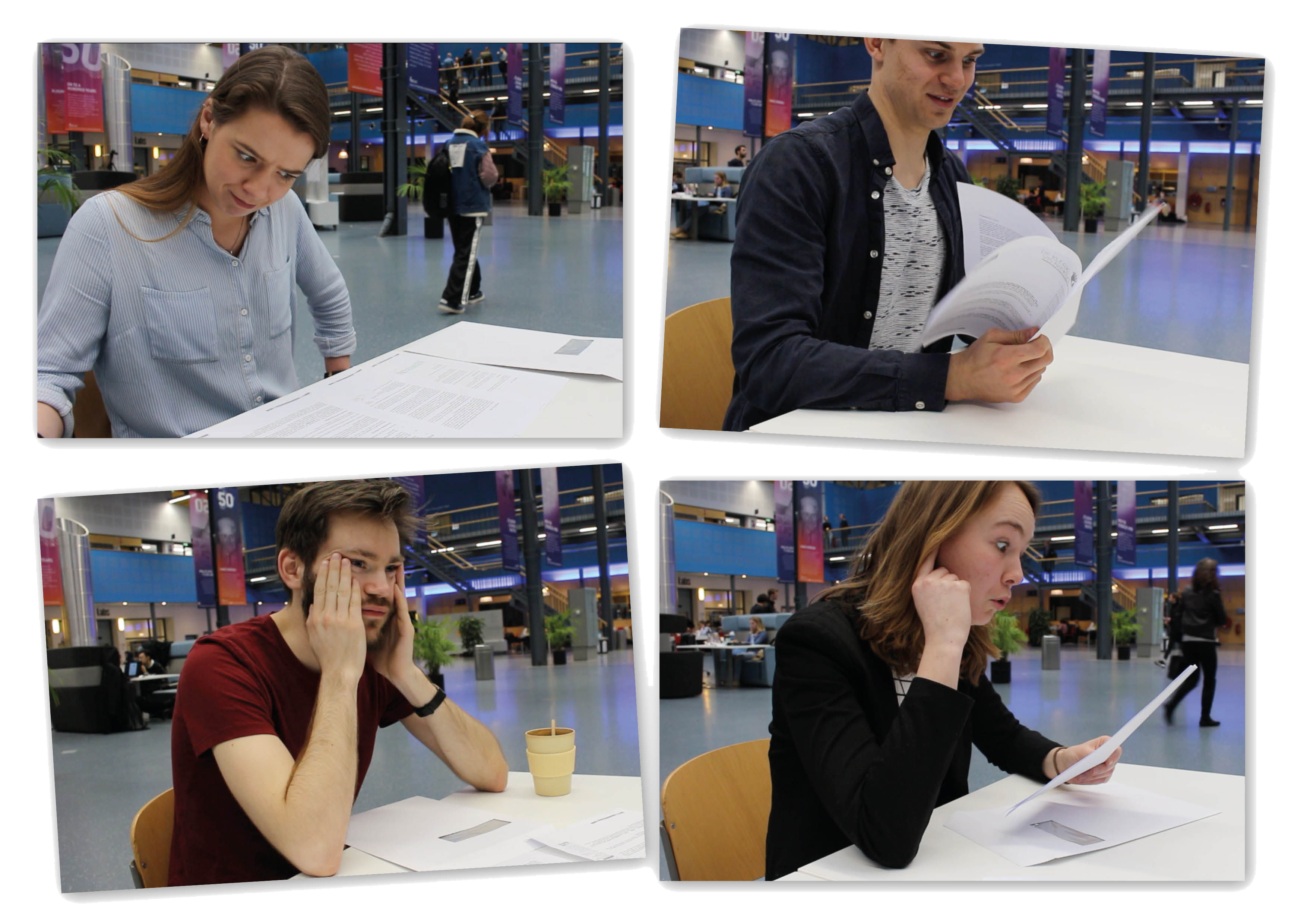 Rens wanted insight in how things play out at the courthouse after the written summons. He was given the title of external court clerk so that he could accompany court employees without problem. “I went to court cases and rolzittingen, joined the front desk of the court house in the morning. I also spent time in the call center, listening how the staff dealt with people calling in with questions. I also interviewed defendents.

Now, imagine that having deciphered the fact that you are summoned to court, it’s the day of the rolzitting. After waiting for a bit, you and nine other people are led into a courtroom. You find a judge wearing a gown, and someone taking notes. One-by-one people tell their story. You hear a lot of  personal details. And then you’re next.

Rens: “From the interviews I could conclude that people often have wrong expectations about what is to come. They have no idea, to be honest. Most of the defendants expect there to be a real trial right then-and-there, with the other party present. But the rolzitting is mostly a procedural moment where you can add your side of the story to the record of the case. People also don’t expect to be there with nine other defendants at the same time. This makes the whole affair a bit tense, people come with their hearts pounding and dry throats.”

“After the rolzitting, it’s hard for the defendants to grasp their options,” Rens continues. “Do I need a lawyer now? They often don’t know about legal aid they can get from the Juridisch Loket.” In his interviews, the court summons was often mentioned: “That letter set up all sorts of skewed expectations. This document is also sent by the plaintiff, so the telephone provider or the debt collector they’ve hired for instance. So before they’d even set a foot in the courthouse, a lot of people felt that they were down 1-0 so to speak. The problem we have to solve is guiding people through the process in a better way. They are not familiar with the intricacies of the justice system. And why would they be? I’m willing to bet that almost everyone without a law degree has trouble understanding this system.” 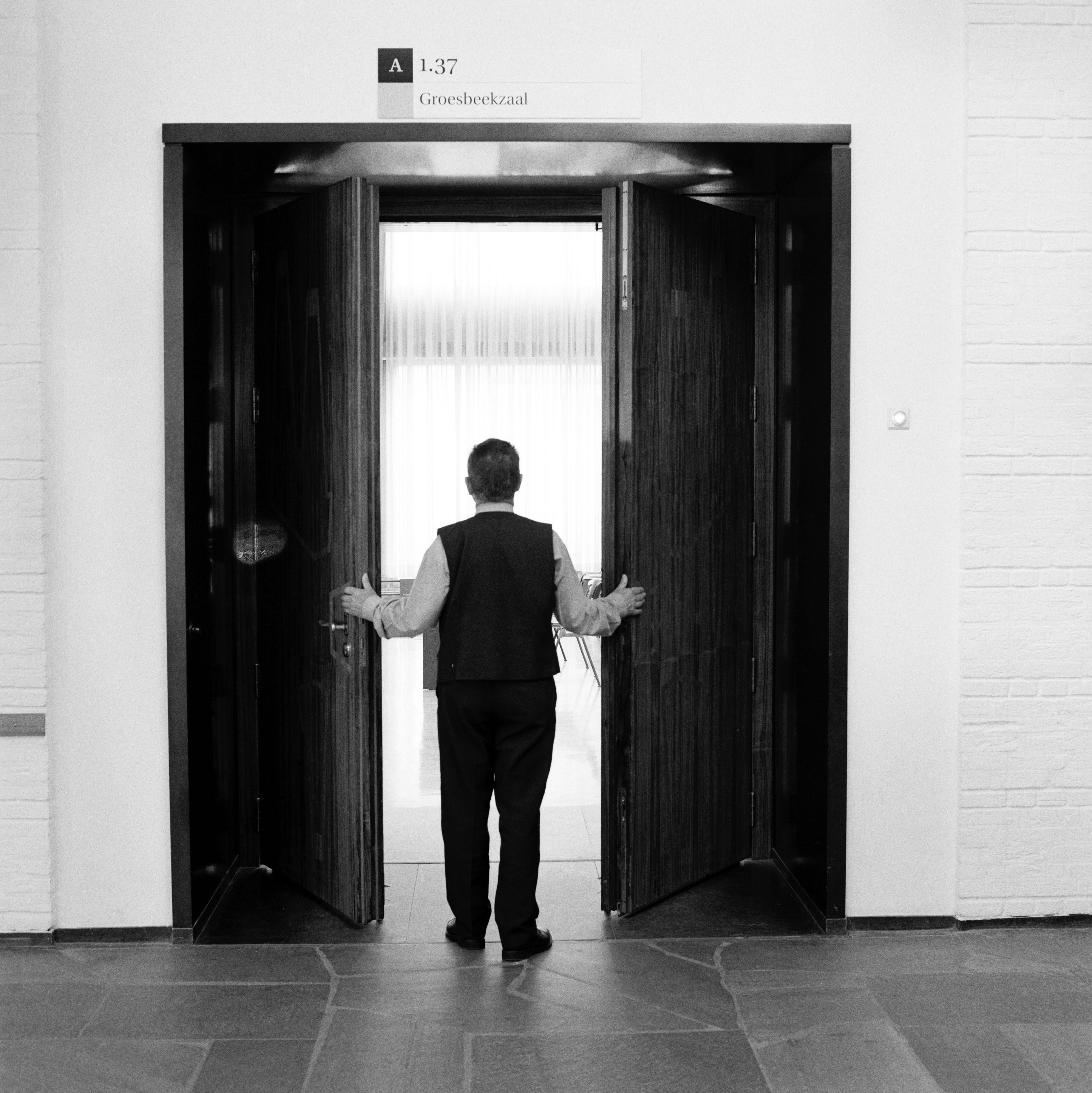 But isn’t this what legal aid is for? To find out, Rens held interviews with the Juridisch Loket and legal aid company, DAS. “The Juridisch Loket is there for practical matters, but they are unknown to a lot of people. For instance, they go unmentioned in the court summons.” Paid legal aid is an option, but you would have to be insured or be able to pay for it out of pocket. “This is not financially viable for defendants in these kinds of situations, because we’re talking about relative small amounts.”

The biggest challenge in all of this was a seemingly innocent question: Is the court currently truly impartial in this whole process?

Rens: “Let’s take the preliminary phase, that court summons. It’s an information puzzle which is not impartial because it’s being sent by the plaintiff. It’s filled with legal jargon that the plaintiff fully understands, as opposed to the defendant who has no law degree. People get demotivated, and the people who do spring into action have trouble finding help to understand all the legal ‘rules of the game’.”

“Many people don’t know about the Juridisch Loket and other help such as paid legal aid is too expensive. The courthouse’s website is basically a giant container of important information, which is hard to use if you don’t know what to look for and how to interpret.”

To come up with solutions that work for both the defendants and the court itself, Rens organised creative sessions with court employees of different departments. Everyone could actively participate, including a judge and a court clerk. Rens shared the outcomes of these sessions via posters in the hallways throughout the courthouse. Rens: “People came up to me at the coffee machine and talk about these outcomes, they really wanted to think along.” In these creative sessions designers and courthouse employees thought of ways for the court to be more active in the process, so that both the plaintiffs and the defendants would understand the ‘rules of the game’ when they come to court for justice. They came up with surprisingly simple solutions. 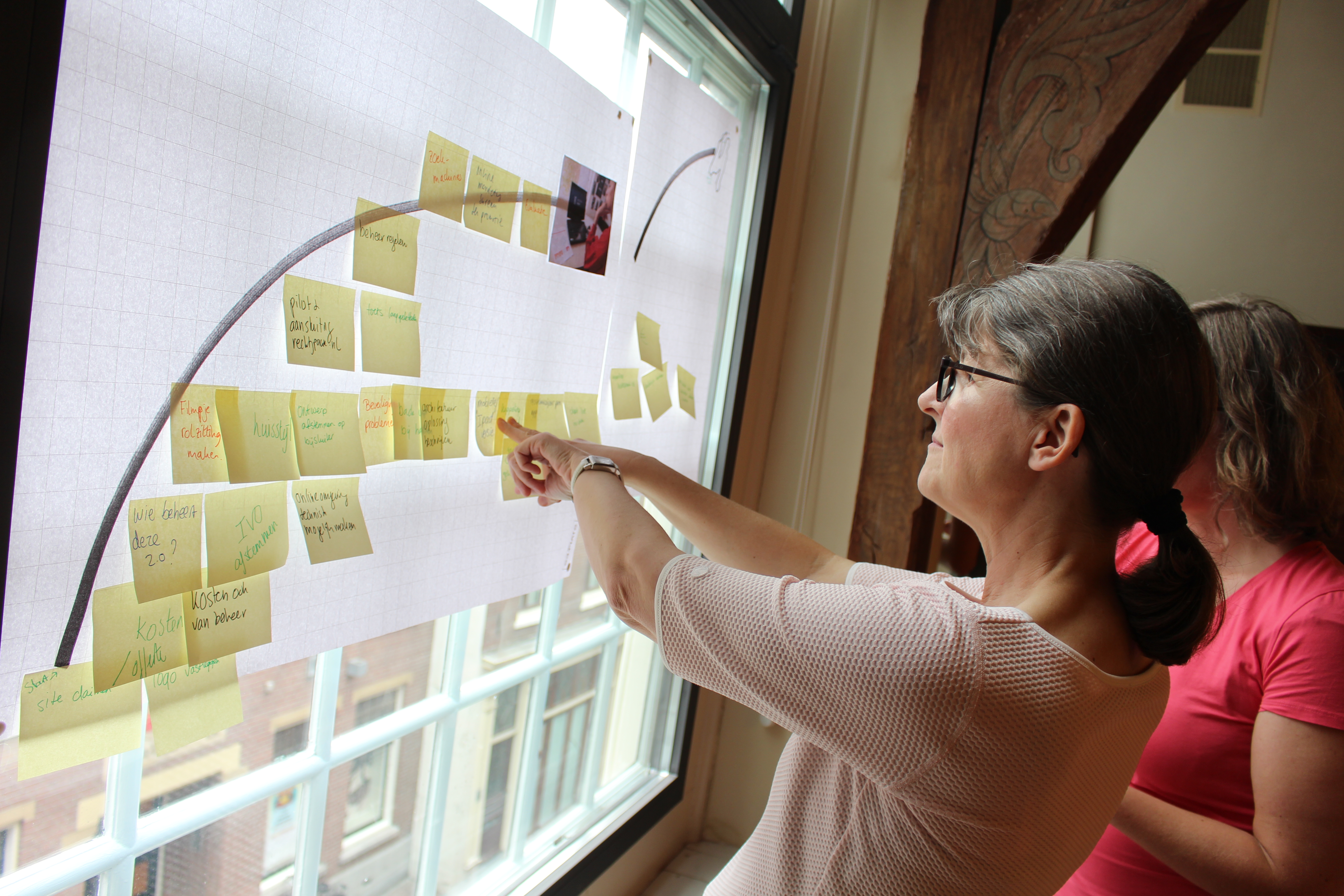 Let’s go back in time. Imagine you’re receiving that court summons again. Included in the envelope, with the stern letter, you also find a leaflet about the court. It contains a simple explanation of the ‘rules of the game’. It contains a list of possible options, without directly advising you which one to take: ‘These are the 5 things you can do right now’.

Rens: “With this seemingly simple intervention, everyone is now playing on a more level playing field. The court is now the host who receives people seeking justice. It is solely focused on making sure everyone knows the rules. Current interpretations of neutrality are not honest and helpful.” 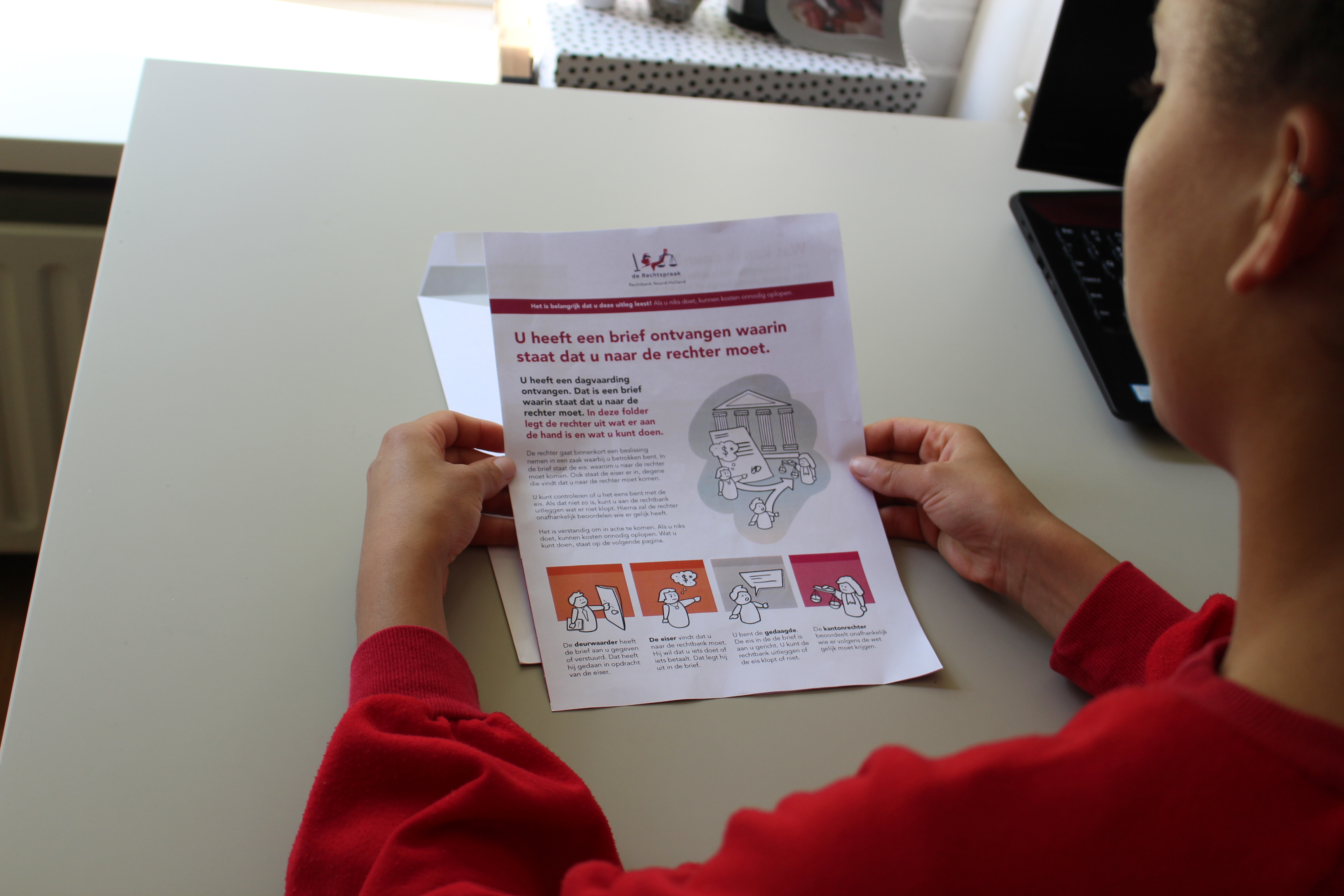 You still have some questions after reading the letter and skimming the leaflet. The latter tells you that the Court has a Helpdesk which you can reach in multiple ways: telephone, e-mail but now also Whatsapp. You grab your phone to ask your questions.

Rens: “Via the helpdesk, court employees can explain the ‘rules of the game’ in more depth, and provide background information on the possible options for the defendant. They can calm your nerves and are available throughout the whole process, also after the rolzitting. They do not give legal advice, for this they refer to the Juridisch Loket.

In order to fully prepare, you also take a look at the Court’s website. This is now designed for a personal experience. It contains examples of trials, sometimes explained by judges in short videos. There you can see: a judge is also human, not just a gown and a hammer. You now go fully prepared to your rolzitting. Instead of a group of 10 people, you now have a 1-on-1 conversation with a legal assistant. This is not a surprise to you because you had already read on the website that a judge would not be present. You tell your side of the story. This is then recorded into the case dossier which may be used in a possible trial. 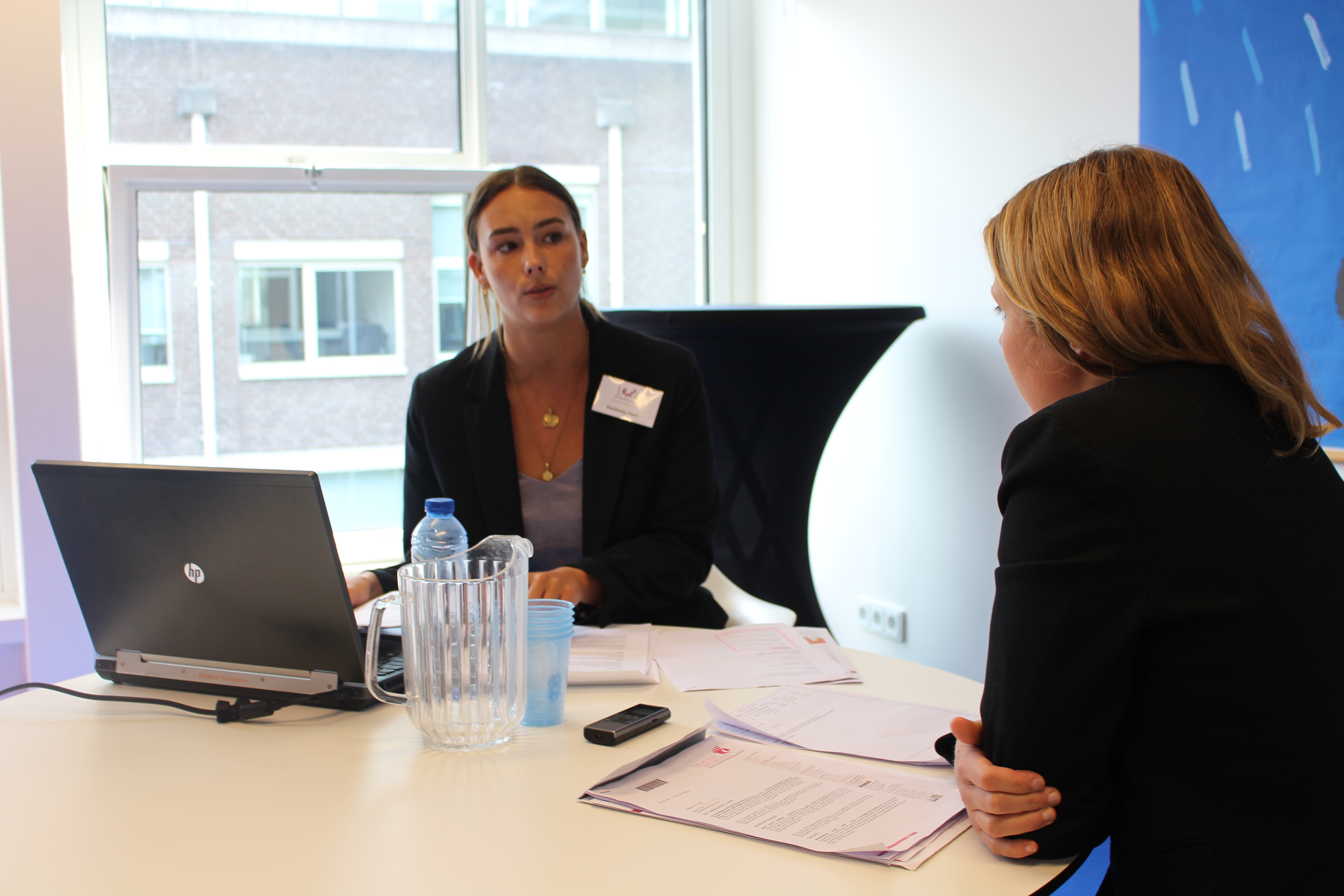 How did employees of the court react to these process redesigns? Rens: “We worked this out step-by-step, in collaboration. For instance, when I showed a judge footage of interviews with defendants after a rolzitting, she came to the realisation: am I still needed in this part of the process? Through the posters he’d hung up in the hallways and the pieces in the internal e-mail newsletter, people often came up to Rens. “It was crucial that we started to prototype very quickly, a real design-approach. I designed the new summons and Court leaflet, after which these prototypes were tested with several participants in court simulations. During the new rolzitting the judge observed people being far more relaxed in their 1-to-1 conversation. The rolzitting now functions as intended! And now that judge, who has a massive workload to begin with, can devote more time to actual judicial work.”

Now what?  Do we need changes to the law in order to implement these solutions? Rens: “No, not at all. Not even for the redesign of the rolzitting. The law does not state that a judge has to be present.” For the leaflet to be included in the court summons, cooperation with debt collectors is necessary. “I also spoke with them about this,” says Rens. “One debt collector agency has signaled they are willing to participate in a pilot. We now want to set up this pilot with the Noord-Holland Court.”

“Collaborating with Rens de Graaf has given us insight into current shortcomings of the justice system, because he taught us to look at it with different eyes. He also showed us how to reinvent a complete process quickly and joyfully. For people seeking justice, the court now has a beautiful solution in their hands through working with Rens, in order to accommodate these people in the jungle of legal jargon and procedures.”

“Rens’ research and design offer a terrific showcase on how to design with people. By directly approaching and involving them you can design systems as equal playing fields, instead of an overwhelming apparatus. The core of each problem is ownership. A lot of solutions in Rens’ design were ‘homemade’ by the employees of the court.” 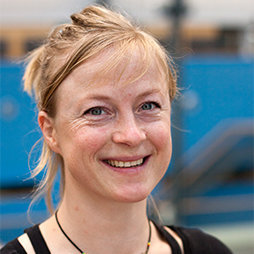 "Bringing the everyday life of people into design." 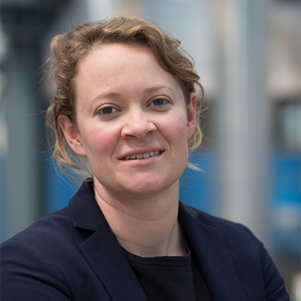