On 13 April 2022, IDE alumna and PhD candidate, Ingeborg Griffioen, passed away following her battle with breast cancer. Ingeborg was an external PhD student working on a service design methodology for improving shared decision-making in oncology care pathways. Her research led to a methodology called Metro Mapping which will be further implemented and tested. As part of her legacy Ingeborg has started the Metro Mapping Foundation, an organisation that aims to support and connect all those wanting to use Metro Mapping for improving care services in the health domain.

Crucial decisions about medical treatment are often made jointly with the doctor, the patient and the patient's relatives. Despite the best efforts of well-intentioned care providers, shared decision-making remains a tricky business. Ingeborg Griffioen wants to change that with the help of Metro Mapping.

The photo speaks volumes: a floor strewn with papers. It is the mountain of information that Ingeborg Griffioen's husband was handed during his cancer treatment in the hospital. "Each form was different, with a different layout and a different choice of words. Not very handy if you have to look up which medicine to use to counteract itchiness in the middle of the night. Still, I can understand how - in the complex world of healthcare - it ends up like this," says  PhD researcher Ingeborg Griffioen. 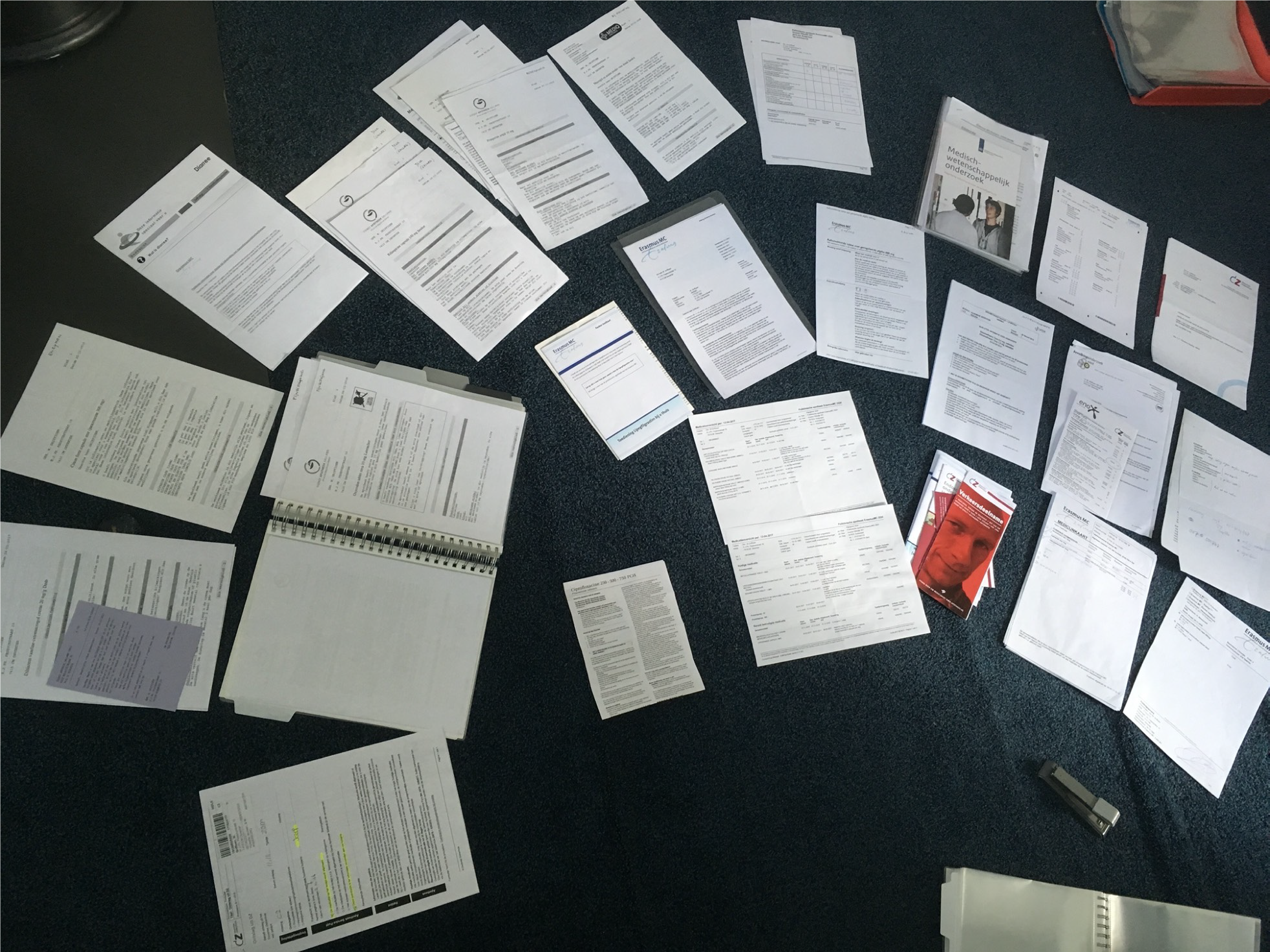 Griffioen has been an innovator working in the field of healthcare for 25 years. With one parent in technology and one in medicine, she hesitated about her choice of study. Her father provided the deciding factor. "He said: as a surgeon, you can't walk out of the operating theatre and say, shall we do it completely differently tomorrow? A doctor becomes excellent by repeating something often. You like doing new things all the time, so you'd better study industrial design." It was a decision she has never regretted. Through various jobs in medical product development, she founded design studio, Panton, in 2005, specifically focused on innovating for healthcare. "For healthcare, you need a certain basic knowledge as a designer, so you can't just switch between, say, medical and consumer products."

She welcomed an offer to become a guest lecturer at TU Delft a few years ago with open arms: "When you're at the head of a design office, you don't get much opportunity to go deeper." One issue in particular had been occupying her for some time: how can you as a service designer support and improve decision-making in healthcare. "Research into this mainly focuses on the moment of decision. As a designer, I look at it differently. Behaviour is a sum of events. Suppose you have an appointment with your doctor, but you can't find a parking space at the hospital, so you enter the waiting room panting and have no time to go to the toilet. Then you have to wait for half an hour due to delays. All this can have a major impact on your ability to participate in such a conversation." 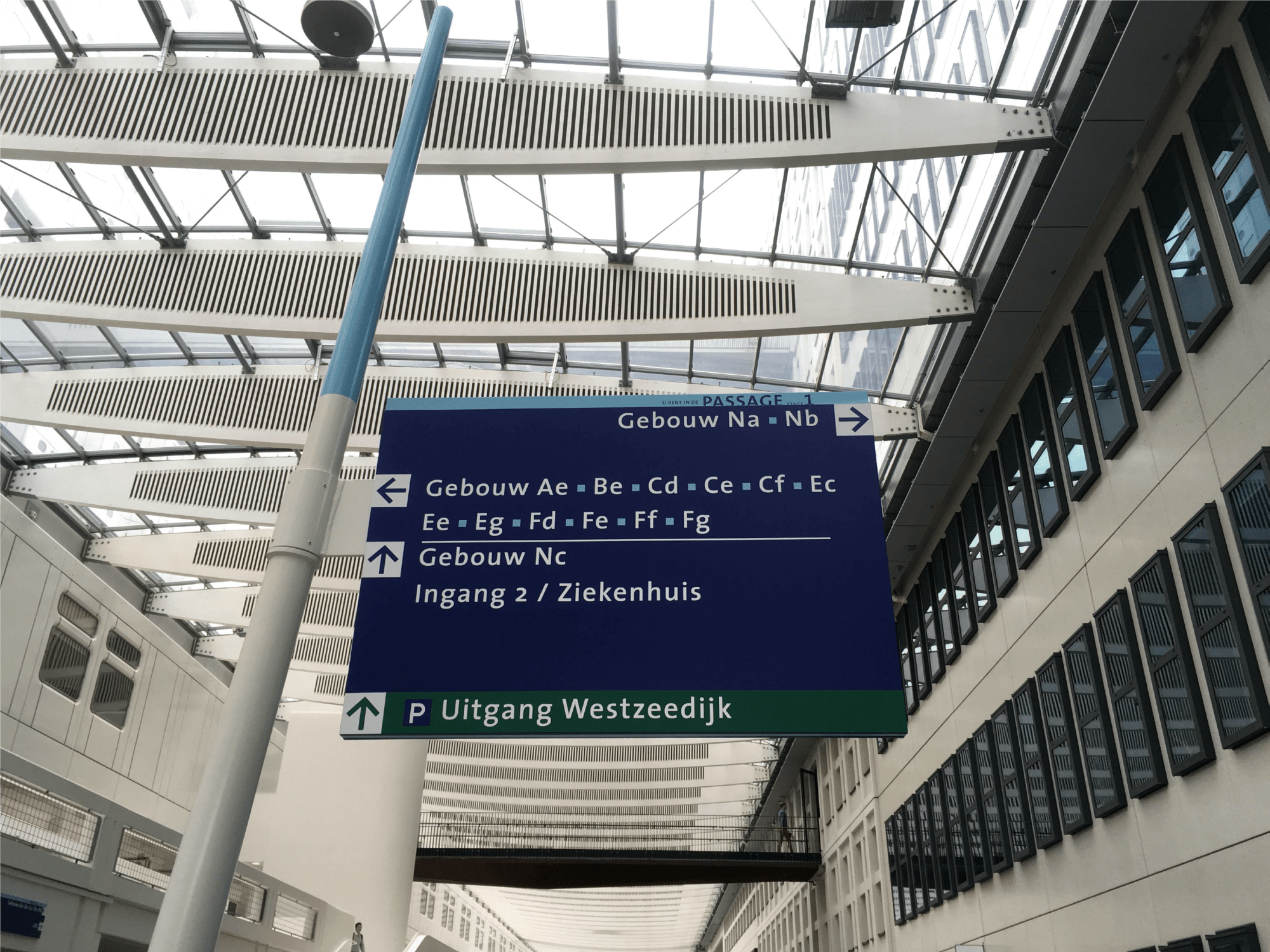 For her PhD research she is now looking at shared decision-making in healthcare." Throughout the care process, decisions are made. I started with the important moment when the doctor, the patient and their relatives together decide on the course of treatment. Are we going to start treatment or not?"

Griffioen was just delving into the theory of shared decision-making when her story took an unexpected turn. "My husband was diagnosed with pancreatic cancer in 2016. Theory gave way to a case study," she says. For six months, she kept a diary, noting down how she viewed the treatment process as a service designer. "My husband participated enthusiastically. It helped us to keep a bit of a grip on that medical merry-go-round we were getting into." The photo of the forms is a tangible example of that.

Not an open door

"I've only encountered motivated caregivers, but the system rarely leads to good shared decision-making," Griffioen argues. "You can only properly prepare for that decision-making if you have an overview of the treatment pathway. That should be transparent, but unfortunately that’s not the case. What actually happened in my husband’s case was many times more complex than what was communicated. You have different people in front of you all the time, you go through medical examination after examination. You develop an attitude of ‘just tell me where I have to go next.” You're caught off guard when the time comes to make a decision, and surprise is not the best advisor." After six months Griffioen took her diary to the professor responsible for her husband's treatment program at the Erasmus Medical Centre (EMC) in Rotterdam. "The EMC was not involved in my research at the time, but the doctor saw that it could help patients and was happy to participate."

Co-funded by the KWF Dutch Cancer Society and in collaboration with Leiden University Medical Centre (LUMC) and EMC and Panton, Griffioen worked on the development of Metro Mapping. This is a new design method to support the process of shared decision-making in oncology. In addition to analysing her own diary, she spoke with patients, loved ones and caregivers for this purpose. "I first mapped out what such an oncological care path looks like. For this I used visualisations of metro lines. The care path is not a single train, but consists of multiple pathways with transfers where you get new care teams, new decision moments and you also learn new terminology," says Griffioen. "That translation into this visualisation also made care providers think about how they could optimise the pathway.”

In addition to the care pathway itself, there are several topics that also play a role. "As a patient, you have an information gap and have to learn things at record speed. You can optimise that, too, for example, by matching people's different learning styles and using a consistent format." Another important theme is that of the division of roles." There is a lot of ambiguity about who does what. Everyone in the healthcare organisation does their best and feels responsible, but it appears that the division of roles is not clearly established. . We distilled ten roles, which we know patients expect healthcare professionals to pick up. Who makes the medical decisions, who is first contact for the patient, who decides on medication, and who can you call on the weekend? In this way you create clarity, not based on the organisational structure, but based on the patient's needs. 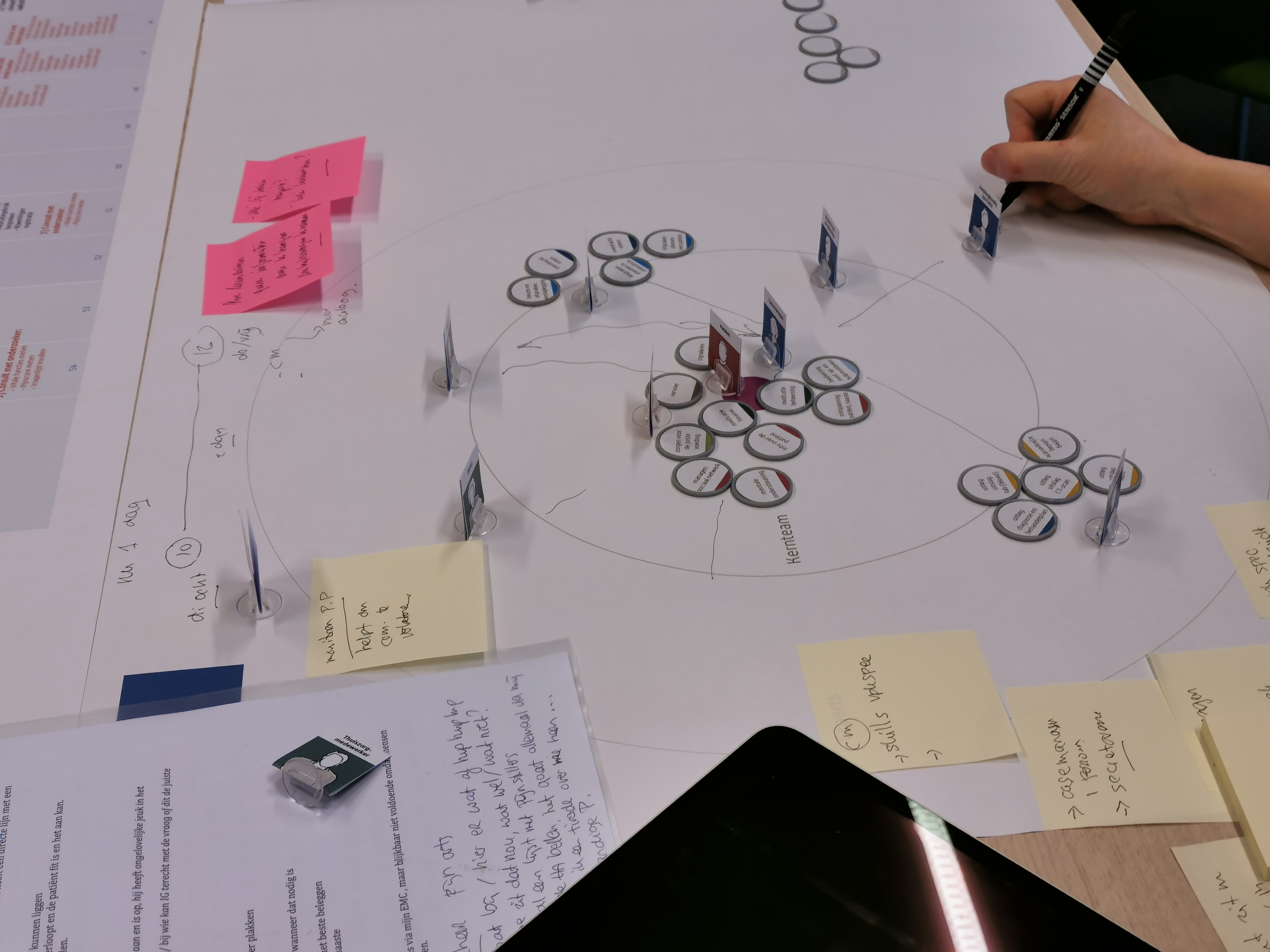 Finally, there is the physical context. "To what extent do products and environments match the care needs of the moment? So the examination rooms, but also the hospital garden, the parking garage, the waiting room and all the stuff you encounter there, must be supportive. For example, if you're sitting just behind a pillar in the waiting area, it could make you feel like you're not being seen or heard, which in turn could affect how you subsequently participate in the conversation." With Metro Mapping, the entire care pathway including those themes can be mapped. "It is precisely by making these links in a central overview – the Metro Map - that we can have a good discussion with each other about where something needs to be improved and how this then affects the various themes."

Metro Mapping is catching on; several hospitals are testing it in practice. Griffioen will soon make the methodology available worldwide in open access via metromapping.org. "We are also setting up a forum where users can exchange experiences and tips. And with the help of our templates, healthcare institutions will soon be able to get to work themselves. We make the Lego blocks, as it were, that everyone can build with." However, such a process should ideally be supervised by a well-trained service designer. "Sometimes there are quick wins that hospitals can implement immediately, but it is often more complex and it becomes a design process in itself. In such cases, usage scenarios have to be drawn up, conflicting requirements must be explored or briefings given for programmes of requirements, which the technical department or an architect can then use to make further progress."

Finalising things like the user guide is somewhat delayed because Griffioen's story took a new turn. After her husband passed away in 2018, she herself was diagnosed with breast cancer in 2021. Despite its severity and the tough treatment path, she remains committed to her research. "I immediately told the hospital that I cannot let go of my work," she says. Her illness, meanwhile, has given her new insights, which have led to the next step. "I have designed a visual treatment plan that should make it clear to patients what they can do themselves, for example, how they can properly prepare for a conversation and who is on their team." So it's a kind of travel guide, which can be used as a tool alongside the Metro Map. "You can also indicate what’s important for you to continue doing. For me, that's typing, because of my research, and playing the violin. However, you can get neuropathy from chemo, where your fingertips become numb. The hospital is now extra alert to that and will incorporate an extra break in my treatment plan if necessary."

Before she became ill, she had a rough idea for this extra tool, but now she is once again an expert by experience. It is - ironically perhaps - in line with Panton's credo: "As a designer you can think of it, but we say: experience it yourself. That's happening to me now and it has taught me a lot." The hospital where she is being treated intends to make the new tool part of its service to breast cancer patients and will possibly use it for other oncology pathways as too." That's incredibly fun," says Griffioen, who remains committed to consistency in care. "Innovating in healthcare is never about designing some separate solitary thing; everything has to fit into a complex system. That's where designers have added value. We have to keep up the fight against political interests and organisational cultures so that consistency in healthcare remains."

Ingeborg Griffioen and fellow TU Delft alumnus and Panton creative director, Jasper Brands will be speaking about Metro Mapping on Wednesday 20 October 2021 at this year’s Drive Festival, organised by CLICKNL and Design United as part of Dutch Design Week. Sign up to watch online on  20 Oct 10:30 here.

"A well thought-out medical product reflects the daily experiences of the medical practitioner." 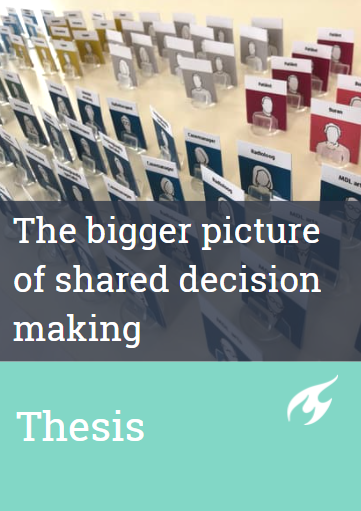