Design for a circular economy

How do you keep a product that has minimum impact on the environment but high economic value in circulation for as long as possible? For that, you have to look beyond just the design and start looking at value drivers and business models. After working at Philips for 25 years, Ruud Balkenende has now been professor of circular product design since 2015.

Originally a chemist, Ruud Balkenende worked at Philips for years on materials, the aim of which was to make sure that products functioned as effectively as possible. It was around 2008 that reports started to come out about the imminent scarcity of materials such as silver, indium and rare earths. ‘That’s when I started looking into ways of designing products that makes them easier to recycle.’ But there are conflicting demands to consider. ‘An electronics manufacturer, for example, will want his product to be as sturdy as possible, but a recycler wants everything to be easy to separate.’ For that you need the right context information, according to Balkenende. ‘If you’re designing for recycling, it’s important to know exactly what a recycler does.’

Circular product design goes much further than designing strategies for optimal recycling. ‘You want to keep the components and materials that you’re using in circulation as long as possible. That means trying to minimise the impact on the environment and retain the economic value as long as possible. So it’s best to reuse a product, even if you have to adapt it or give it an upgrade,’ Balkenende explains. ‘If that’s no longer possible, then you should at least repair it and give it a second life.’ He thinks Fairphone, a Dutch company that produces modular telephones, is a good example. ‘You can’t even open most smartphones to replace their battery anymore, but Fairphones are built so that all of their part are easy to access and repair.’

Sustainable business models
An interesting circular business model is the delivery of products as services, such as Light as a Service (LaaS). Customers pay for the light they use, but the supplier remains the owner of the fixtures and bulbs. ‘As a result, producers remain responsible for the product, and so suddenly it’s in their best interest for a product to last longer, because it extends the time that they can generate income from the same product.’ Suppliers will also try to limit and simplify repairs and maintenance by integrating vulnerable parts into the product in such a way that they’re easy to access. Balkenende believes that without these kinds of sustainable business models, there will be little impetus for manufacturers to really change something in the design.

Users have to change their mentality too. ‘It’s easy to explain these business models to companies, because they’re more inclined to think in terms of “total cost of ownership”, or what a product will cost throughout its entire lifetime. Entrepreneurs will obviously realise that there is profit in a more expensive bulb. Consumers, on the other hand, are more inclined to look at the cost of purchase, and companies are not exactly keen to do something about that. ‘Most consumer products are sold according to the principle “sell more, sell faster”. In other words, sell as many products as you can, the quality of which is just about acceptable, so that customers keep coming back. It’s a race to the bottom.’ How to involve consumers in the circular economy is an important research area. 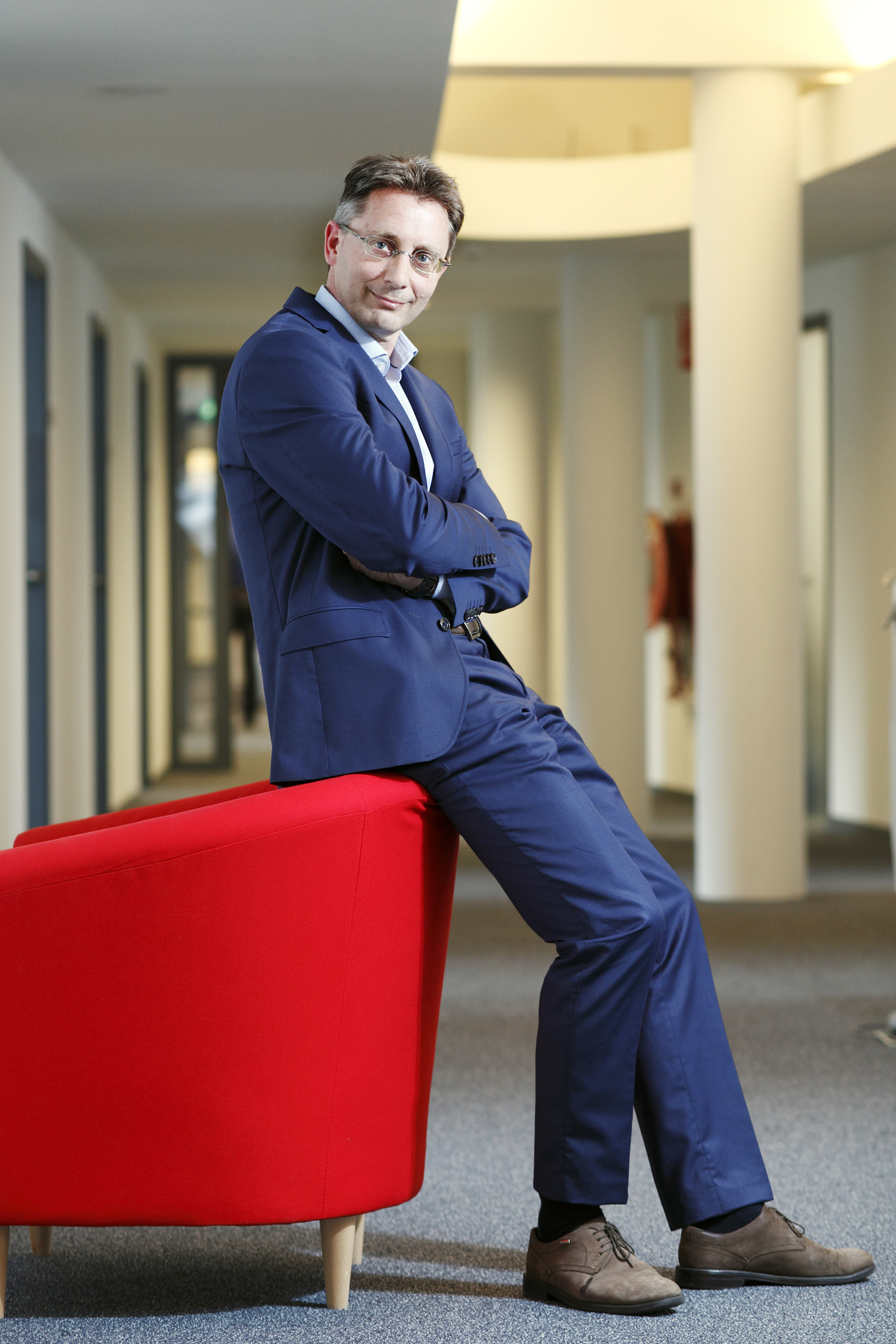 A political game
It’s often difficult for consumers to know whether a company is producing its products sustainably. That makes it hard for them to choose one that does. At the same time, there’s little impetus for manufacturers to change anything. At Philips, Balkenende worked on a bulb that could be fully recycled. ‘For now, the disposal charge for that kind of bulb is high because recycling is still the collective responsibility of the manufacturers. So anyone making that extra effort is not being rewarded for it.’ This is a task policymakers need to address, according to Balkenende. ‘We are trying to explain to policymakers in The Hague and Brussels how to effectively influence product design. Think, for example, of producer responsibility and transparency about the materials that are being used. As far as I’m concerned, we should be making bolder decisions in that respect.’

In the meantime, developments are carrying on. ‘We have a good idea of what it’s going to take to make the economy more circular. We have to work more on the details of the related design methods and make a clear link between design methodologies and business models.’ Emerging technologies are important as well. ‘Take 3D printing. That’s an additive method in which you only use as much material as you need. Because it’s digital, you can adapt your design to the user’s wishes and produce locally. Those are potential sustainability benefits. We shouldn’t only use these printers at home to print out junk that we don’t need.’

Internet of Things
New technologies also create new challenges. ‘More and more electronics are being integrated into products. Think of the Internet of Things. All kinds of products are becoming “smart”, which essentially means they will end up as electronic waste.’ Then there’s the emergence of ‘embedded electronics’, in which electronics are immediately printed into textile, for example. ‘That’s a development you can’t stop. But how do you design products in such a way that you can repair the electronics if need be and remove them at the end of their lifetime? That’s not a problem that a single person can solve. But we can work towards solving it if we pool all of the knowledge at Industrial Design Engineering and at other faculties.’

Ruud Balkenende will deliver his inaugural address at the faculty of IDE on 10 November. This will also be the closing key note of the PLATE conference on Product Lifetimes and the Environment.