Designing smart objects for everyday life demands a new approach: no longer focused on a single object and a single user, but on an ecological system of countless objects and users. This approach is central in the new Delft Design Lab for Expressive Intelligence and the recently published book Designing Smart Objects in Everyday Life.

One robot to feed the cattle, another to milk them and a third to clear up the dung. This is no longer a fictional scenario but is already a reality on some farms. So a community of robots gradually develops on the farm, in which each robot has its own intention. But how can the robot community be designed in such a way that it operates in accordance with the same values that the farmer finds important in his business, such as respect and safety? 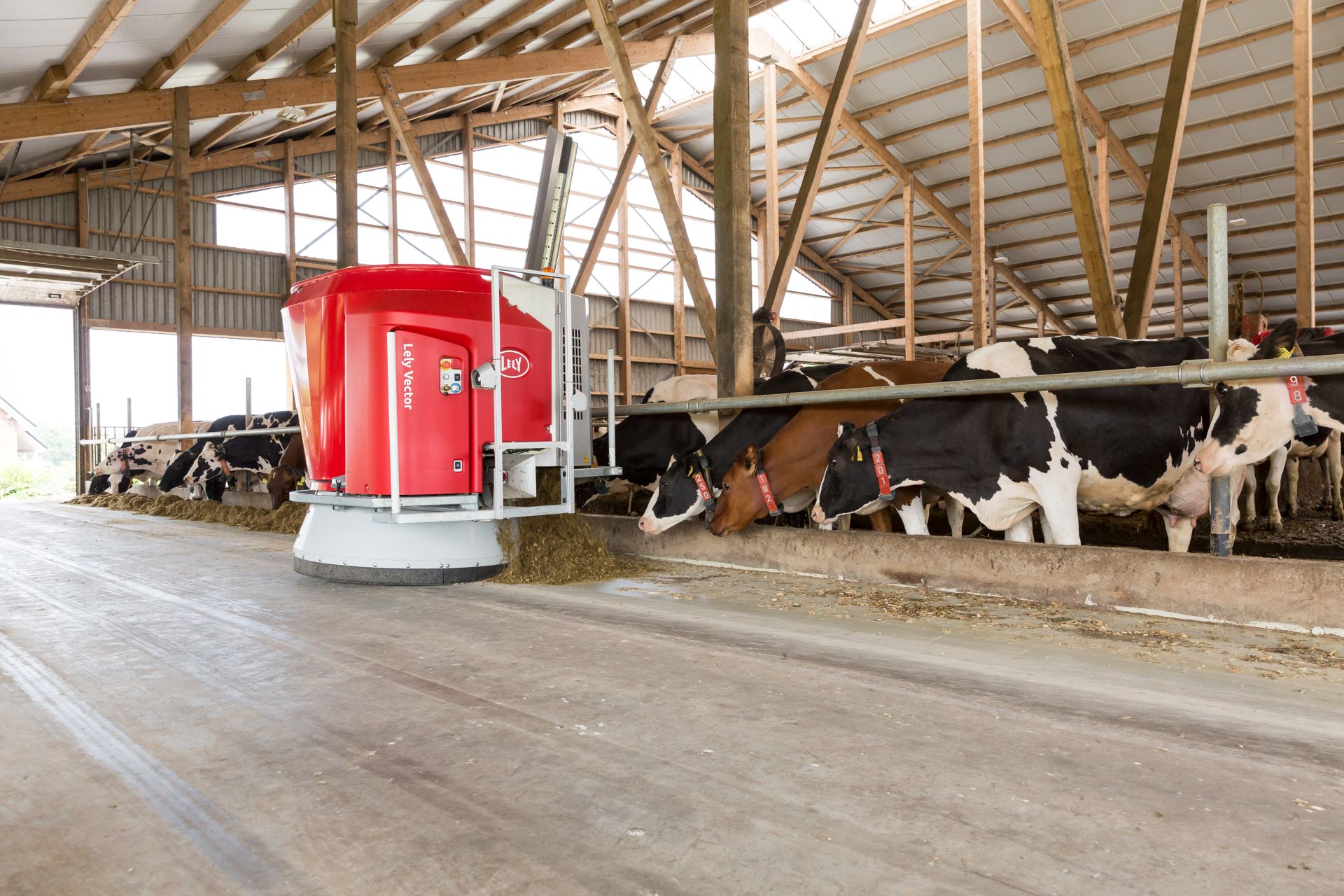 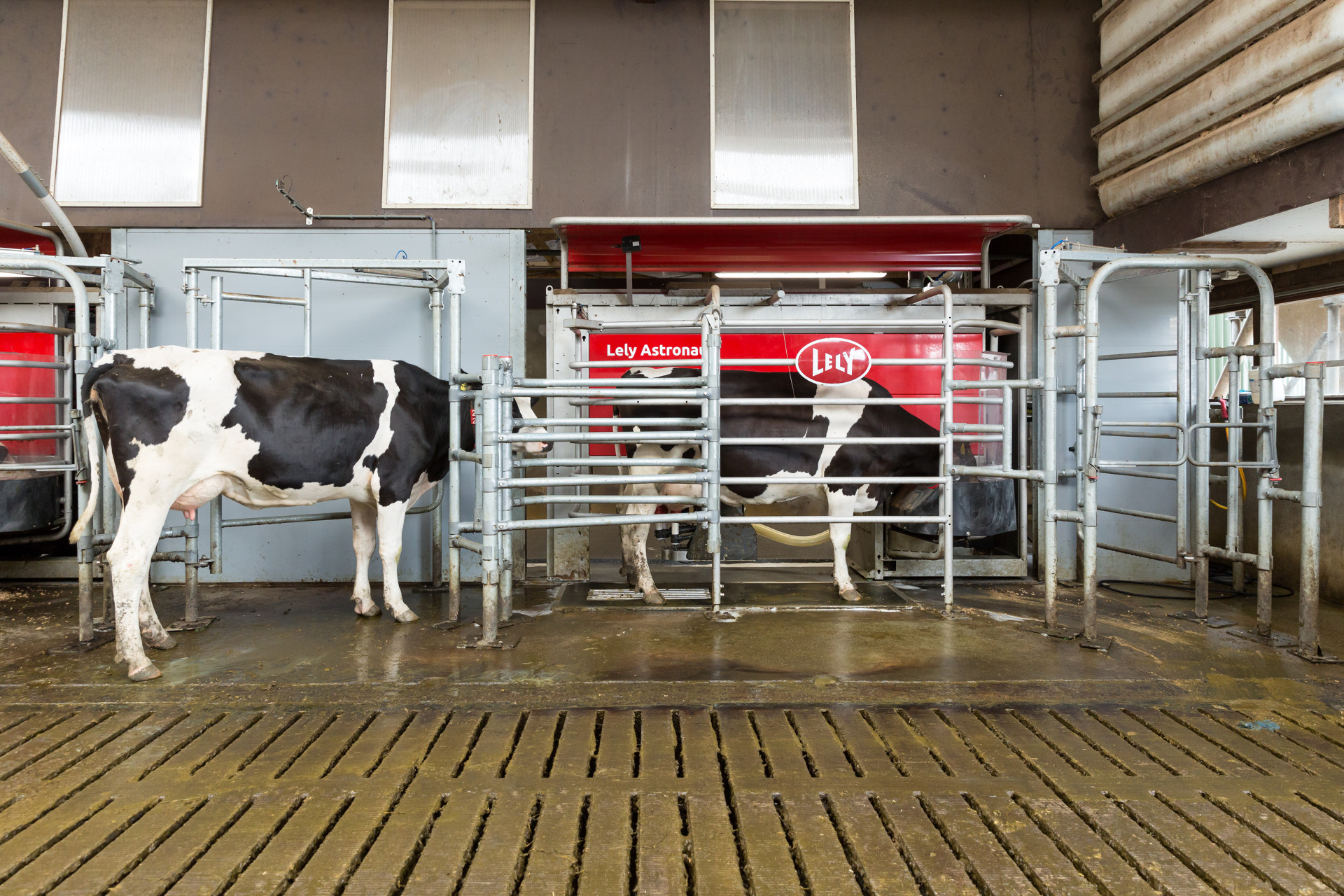 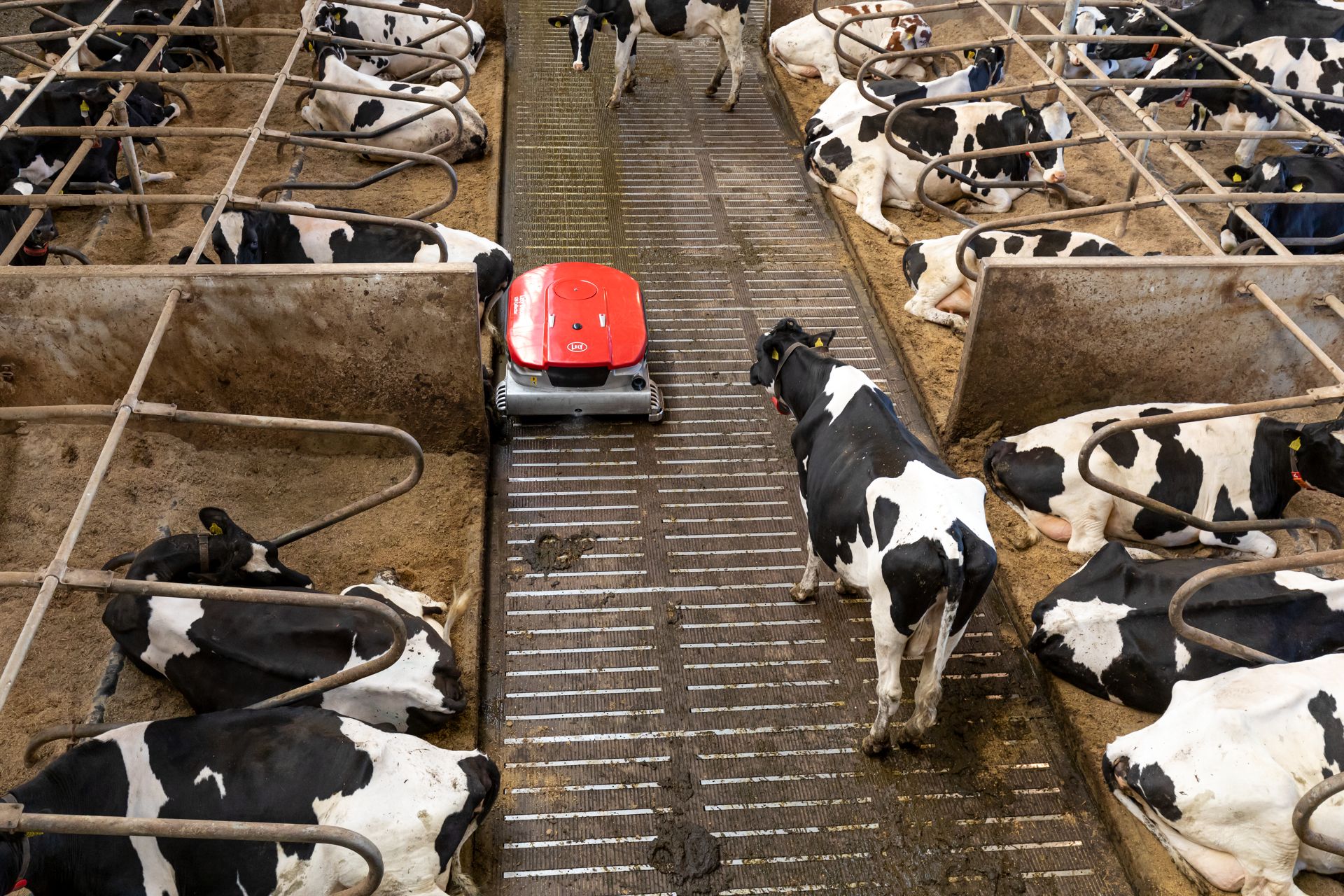 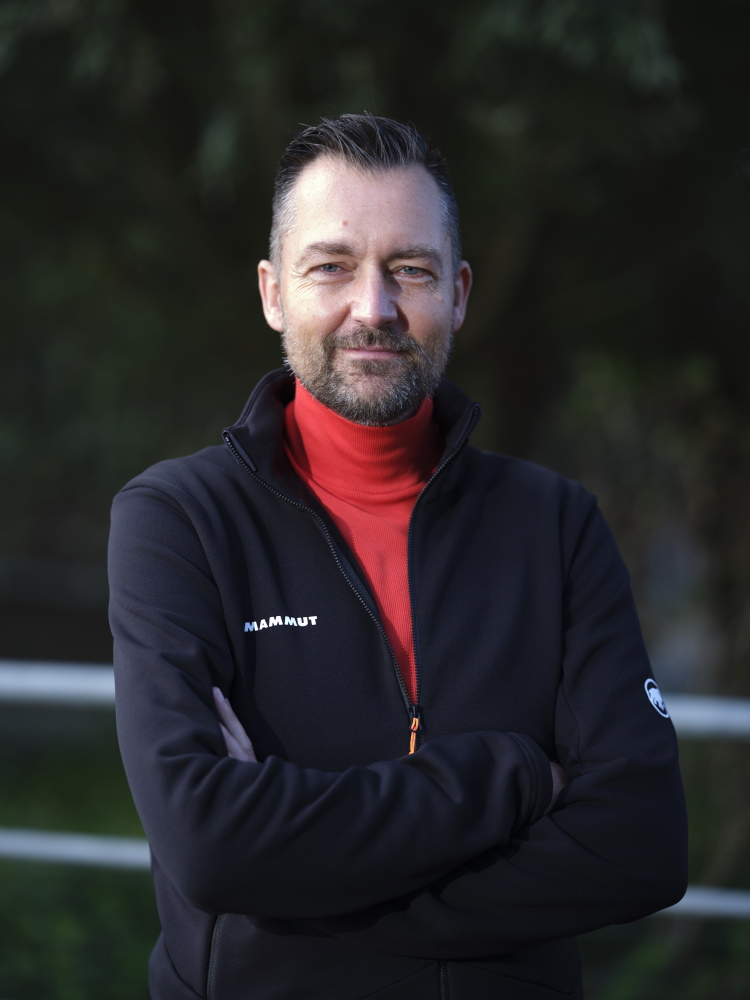 This is the main question that Marco Rozendaal and Nazli Cila are exploring in their recently opened Delft Design Lab for Expressive Intelligence, together with Lely, a Dutch agricultural robot manufacturing company. Rozendaal is associate professor of Interaction Design and Cila is assistant professor of Human-Agent Partnerships. They are leading the TU Delft lab together with Jered Vroon.

“Ultimately we want to contribute to the farmer seeing his robots as – in a certain sense -  partners in his farming business,” says Rozendaal. “How do the robots on the farm communicate with each other? How does the farmer know when a robot gets stuck somewhere or malfunctions? How does a robot know when the farmer is nearby? Can the robots also carry out a task together? How does the farmer communicate tasks to the robots?” These are the kind of questions that Rozendaal and Cila are exploring in the Delft Design Lab for Expressive Intelligence. 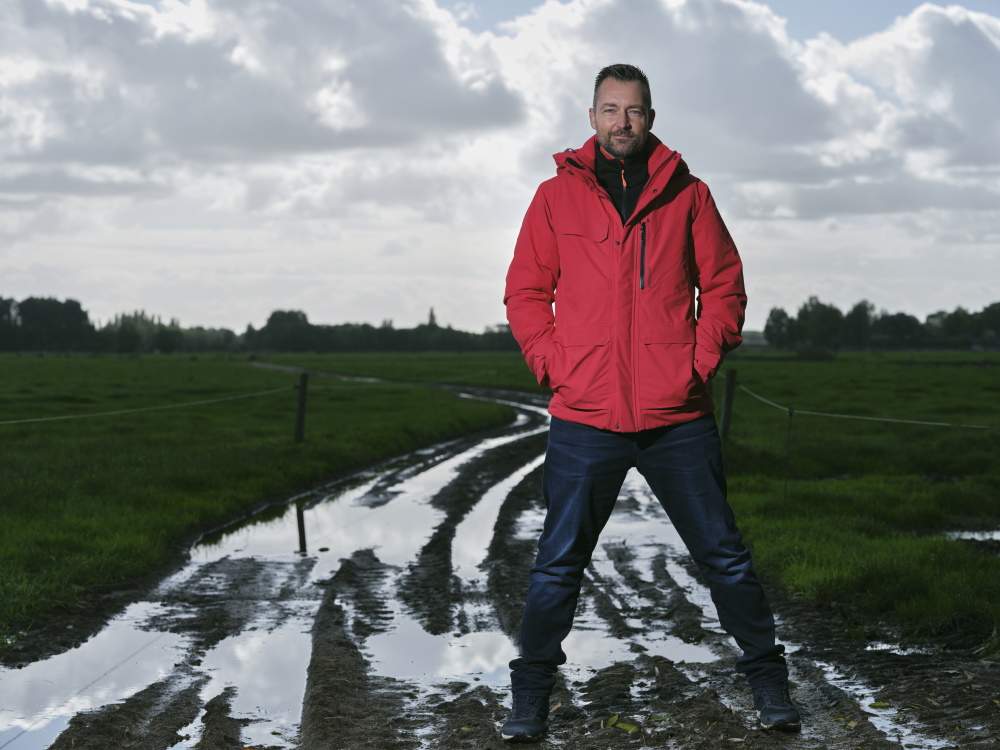 “A characteristic feature of our approach,” says Cila, “is that we choose a holistic view, rather than designing a single object for a single person like in traditional design. We are interested in what is happening in the whole ecosystem of robots, people and the physical environment. This means we have to study the interactions between all elements in the ecosystem.” 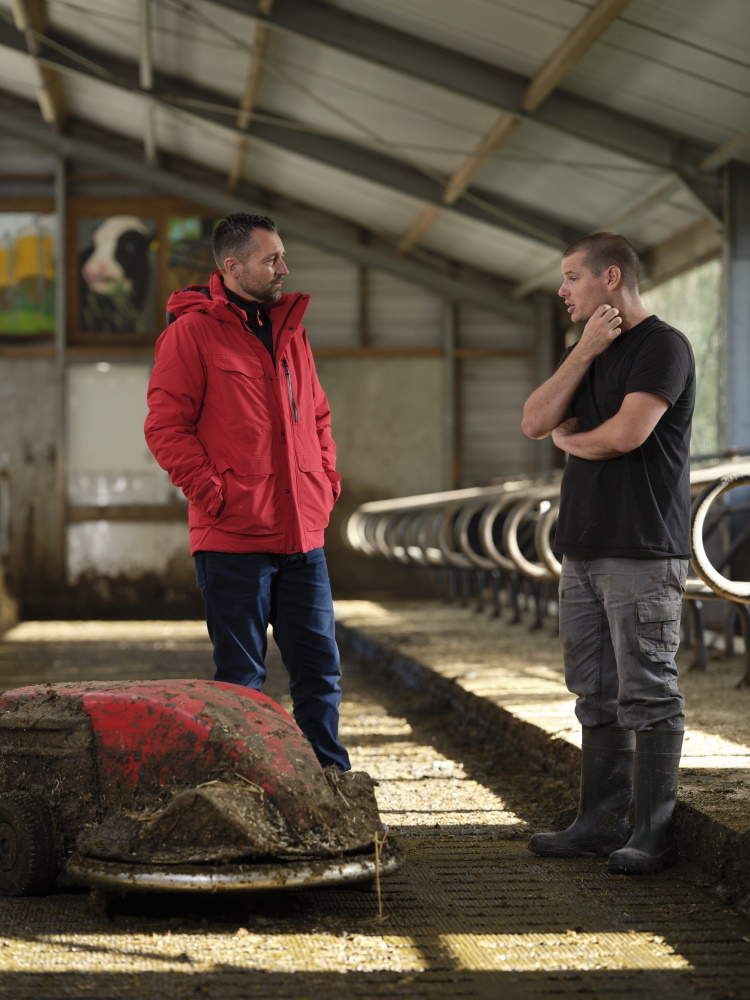 The research field for designing objects with intentions and expressive intelligence is still in its infancy, but it is becoming increasingly important with the emergence of more and more smart objects in our everyday lives, from smart phones to smart speakers and smart clothing.

To explore this new research field, Rozendaal, together with a number of colleagues, published the new book Designing Smart Objects in Everyday Life; a collection of essays written from different academic perspectives including industrial design, engineering sciences, cognitive sciences, philosophy and sociology. Transdisciplinary researcher Betti Marenko from Central Saint Martins University of the Arts in London co-edited the book and is co-author of one chapter. She hopes that the book will contribute to the development of a new research agenda for industrial designers and that it will reach a new generation of students. That is really needed, she feels.

Marenko: “For too long, the story surrounding artificial intelligence, the internet of things and smart objects has been dominated by technological determinism: the idea that technology in itself leads to a better future, that the users automatically benefit from it and that the goal of technology is frictionless interaction. It is now clear that this story is not true.”

For example, according to Marenko, the rollout of smart technology requires a lot of invisible work and scarce raw materials. And social media may promise to encourage social interaction, but they can also lead to alienation and addiction. Marenko: “Ultimately all design is about relationships. We need to integrate such concepts as care, integrity and justice into our thinking about smart objects. And we should not automatically put the human at the centre: we also need to take into account what our smart objects do with nature and the environment, for example, with other living creatures and with minorities.”

According to Marenko, we need to abandon the paradigm that designing should always be without friction: “Sometimes friction can be good, when there’s time for hesitation and doubt, when you pause what you are doing for a while.” 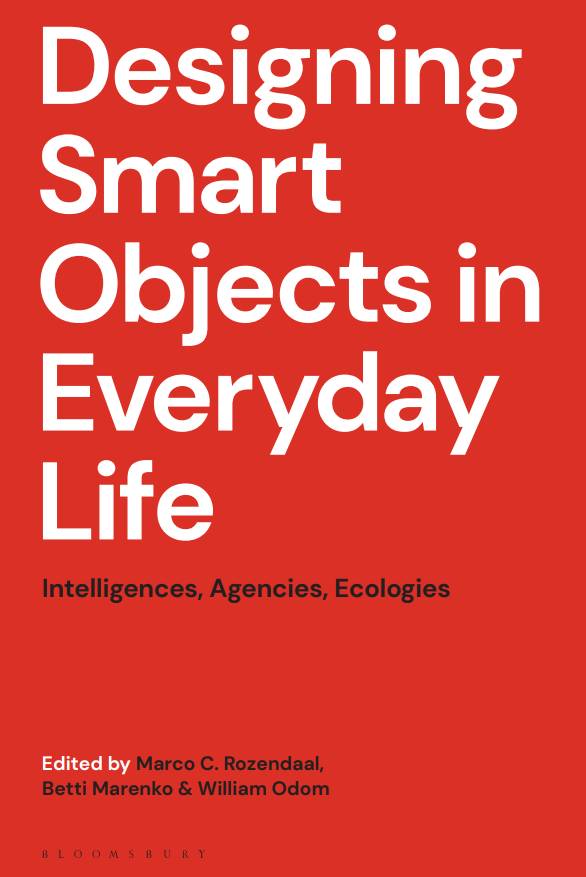 What are some good examples of smart objects with expressive intelligence that have already been developed?

Rozendaal mentions Mr. V, made by his PhD candidate Patrizia D’Olivo: “Mr. V looks like a cross between a space helmet and a bubble gum machine. This device is intended to encourage quality time in families where there is a child with cancer, which of course causes a lot of stress. At an unknown time of day, Mr. V starts to behave restlessly. The family notices that something is about to happen. A little while later the machine dispenses a small ball. The ball contains a task which is intended to get the family doing something nice together and forgetting the stress just for a moment. The family members write the tasks on a piece of paper themselves and put them in the empty balls beforehand.”

Experiments with Mr. V showed that family members see the machine as a combination of a friend at home, a robot and a family member. “For me, this is a great example of an object that becomes a part of its surroundings and creates collaboration between people,” says Rozendaal. “In our Delft Design Lab for Expressive Intelligence, we are exploring the entire range of expressions that we can give to smart objects. What metaphors shall we draw upon? What new possibilities do we see? This is a whole different way of using technology than just slightly reprogramming a ready-made NAO robot and sticking it on a hospital ward.”

As an example of expressive intelligence in smart objects, Cila mentions a recent concept design made by her colleague Rozendaal: a jacket specially designed for war veterans who are suffering from post-traumatic stress disorder. Cila: “The jacket is fitted with smart technology that monitors how the veteran is feeling, and gives a suitable physical response. For example, if the wearer is feeling stressed, the jacket can create a calming effect by rhythmically contracting around the wearer, creating the effect of a firm hug. For me, the role of industrial design is to bring technology and ethics together, an aspect that this particular design opens for discussion and exploration.”

Rozendaal hopes that industrial designers can learn to see smart objects in the context of everyday life as objects that can have real meaning rather than as black boxes full of smart algorithms. “Smart objects can change and learn autonomously,” he says. “Then you don’t know beforehand what will happen when an object is used in everyday life. You have to study that in the real world. What makes an object meaningful for people? What is the added value? How does an object become understandable and workable for its surroundings? How do people start to trust it? In the coming years, we will be learning to develop new design methodologies for smart objects. The Delft Design Lab for Expressive Intelligence and our book Designing Smart Objects in Everyday Life will contribute to this.”

This extract from ‘Designing Smart Objects in Everyday Life’ is taken from the chapter ‘Dramaturgy for devices: Theatre as perspective on the design of smart objects’ written by Maaike Bleeker and Marco C. Rozendaal and published by Bloomsbury.

“In her pioneering work, Brenda Laurel (1993) proposes theatre as model for interface design and for navigating the virtual. She developed her perspective on ‘computers as theatre’ in the midst of the multimedia revolution and in relation to the virtual worlds existing within the computational spaces opened up by computer interfaces. Laurel shows how insights from the theatre, in particular Aristotle’s poetics, are most useful for what she describes as ‘a dramatic theory of human-computer interaction’ (xvii). Building on the tradition set by Laurel, we too propose theatre as a perspective on design, albeit not of computer interfaces but of smart objects and their modes of performing. Unlike the virtual, other worlds opened up by computer interfaces, smart objects exist and operate within the real material world of users. In this context, we will show, not Aristotle’s theory of dramatic narrative, but how dramaturgical concepts and insights regarding staging situations in the here and now can provide designers with conceptual tools to understand and design the interaction between humans and smart objects embedded in shared environments.”'

What happens when your doorbell starts talking to your thermostat behind your back? When your fridge decides to add items to your weekly shopping list? When your favourite jumper, the kitchen table, and the kettle seem to manifest signs of digital personality?

TU Delft’s Marco C. Rozendaal and Simon Fraser University’s William Odom will be celebrating the publication of Bloomsbury’s 'Designing Smart Objects in Everyday Life' at the Historic Pavilion in Eindhoven. Join them at the event or buy the book here.