It took IDE alumnus Jesse Beem some time to get used to being the only Delft engineer among the doctors and medical researchers at VU University Medical Centre Amsterdam (VUmc). He designs and modifies special meeting rooms in which doctors from various medical specialisms can consult with each other as efficiently as possible before deciding on a patient's diagnosis and treatment.

Every week in the VUmc, neurologists, neurosurgeons, radiologists, pathologists and other specialist health professionals meet to discuss patients with brain tumours. This is called the multidisciplinary team meeting (MDM) and is the ultimate moment when these patients' diagnoses and treatment plans are agreed. Effectiveness and a team spirit are therefore essential. The VUmc was interested in discovering how design and technology can help create conditions in which the various medical specialists can make optimum use of the multidisciplinary aspect of an MDM.

The hospital put in a request to the IDE Medisign coordinator, Marijke Melles. Would a technically-trained designer be able to take a look at this? This is how Jesse Beem embarked on his graduation project in February 2016. Since his graduation Jesse is working full-time at the hospital. ‘The doctors' focus is completely on the patients. They had given very little thought to these issues,’ says Jesse in his office. ‘The conference rooms had not been set-up as specialist MDM rooms. There was a lot of potential for improvements.’ 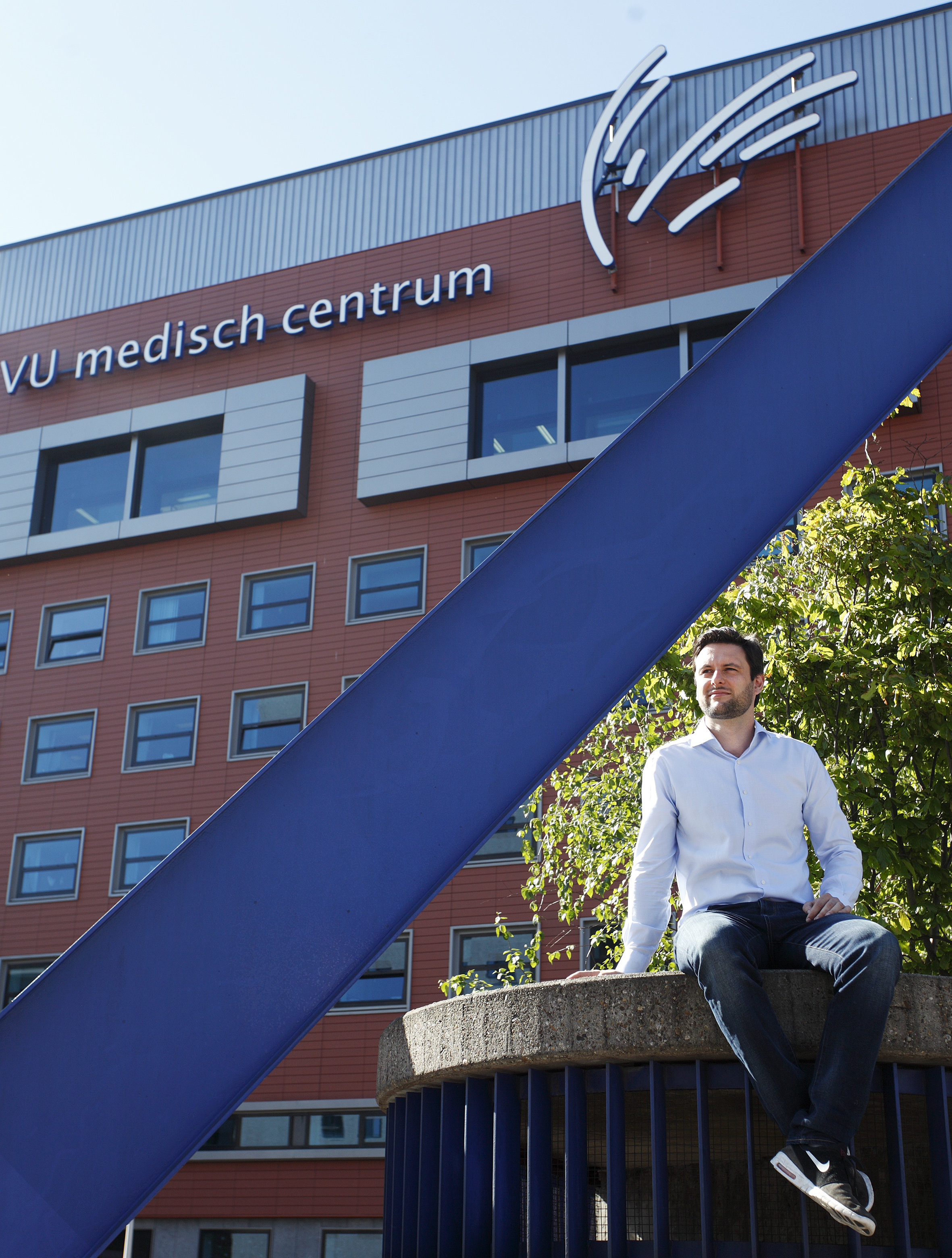 That improvement process started with a literature review. ‘Not much research had been conducted in this area,’ explains Jesse. ‘The literature that does explore participants' experiences of MDMs tends to be based on questionnaires completed afterwards. But what people say is not always what they do. This is why I attended more than twenty MDMs myself. The aim was to see what actually happens and map the entire context.’

In his participatory design process, Jesse had five different models for his observations and used these to create visualisations of what happens during an MDM. ‘In the current set up of an MDM, there are three monitors on which brain scans are displayed. On the left is the chairperson, the only person turned slightly towards his colleagues in order to look at them. The other doctors sit in a theatre arrangement and continue to look at the monitors while talking. Anyone entering later doesn't want to walk in front of the monitors but chooses to sit in the blind spot behind the chairperson instead. This is far from ideal. Another factor is that all of these people are leading specialists in their own fields, each with their own contribution to make. All of this influences the discussion.

In order to optimise the actual design of the space and the technological tools for the meeting – and primarily the collegial aspect of it – Jesse often uses the metaphor of a symphony orchestra. ‘Everyone has their own medical professional specialism, but when they all come together at an MDM, they need to become a greater whole, in the same way as happens in a symphony orchestra giving a concert.’

Jesse's graduation project resulted in the design of a room, a blueprint, based on a list of eleven different requirements that every MDM should ideally meet. ‘One requirement is that the key specialists must be able to see each other without having to turn around, for example. Or the positioning of the door and monitors to enable everyone to walk in and out without disrupting the meeting. If it meets these requirements, a room not only facilitates the exchange of information between specialists, but also enhances interaction between the doctors. The VUmc was delighted with this list, because it can be compared with existing MDM rooms or used as a schedule of requirements when building new rooms.’

Jesse shows an app that he calls VisCom. It stands for Visual Communication. Many different specialists meet at an MDM. When assessing brain scans, they focus on various aspects. Jesse believes it would help if the various specialisms could clearly indicate the areas on which they are focusing. The VisCom app enables the doctors to explain their communication visually. They can do this by drawing onto a tablet. The drawing appears on the central monitors, with each doctor having their own individual colour. This means that participants understand what each doctor is trying to explain more quickly and gain a greater understanding of each other's expertise, as a result of which everyone's knowledge is enhanced.’ 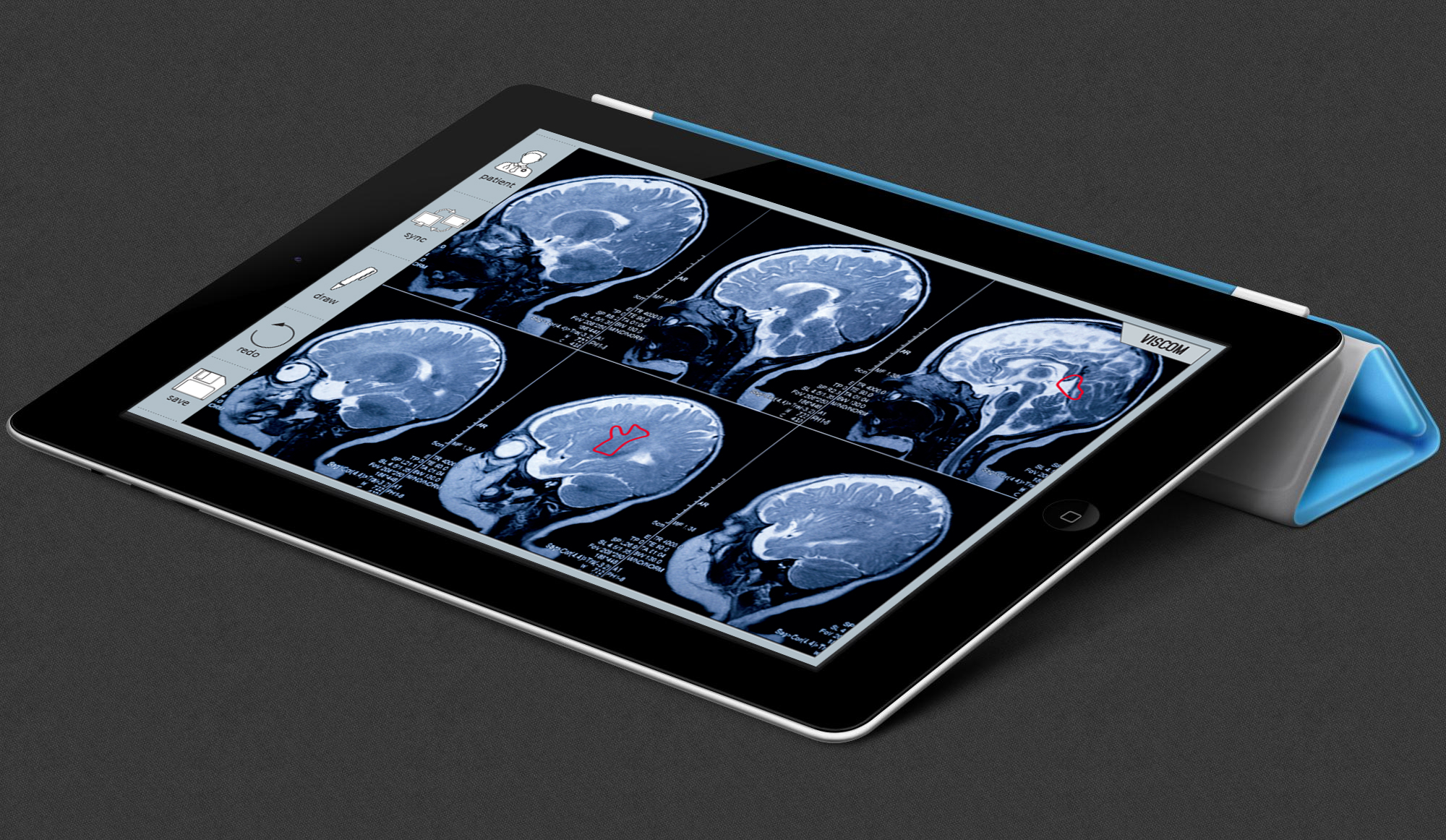 Jesse was awarded an innovation prize for his graduation research: a financial award from the VU innovation fund to develop his ideas further. This enables him to develop his concepts further into real physical rooms in the coming next year. ‘My aim is to create an approach that is as universal as possible, although each specialism obviously has its own habits and needs. I am also trying to gain as much knowledge as possible about changing technology and innovations in the field of MDMs and communication between professionals. Next to the VUmc, work is also being carried out for the new VU Imaging Center Amsterdam. This is where the latest medical imaging techniques will come together. Assessing the scans in a multidisciplinary setting is becoming increasingly important. I will also be collaborating with them to apply my knowledge at this new centre. As you can see, there is plenty of work to do here.’ 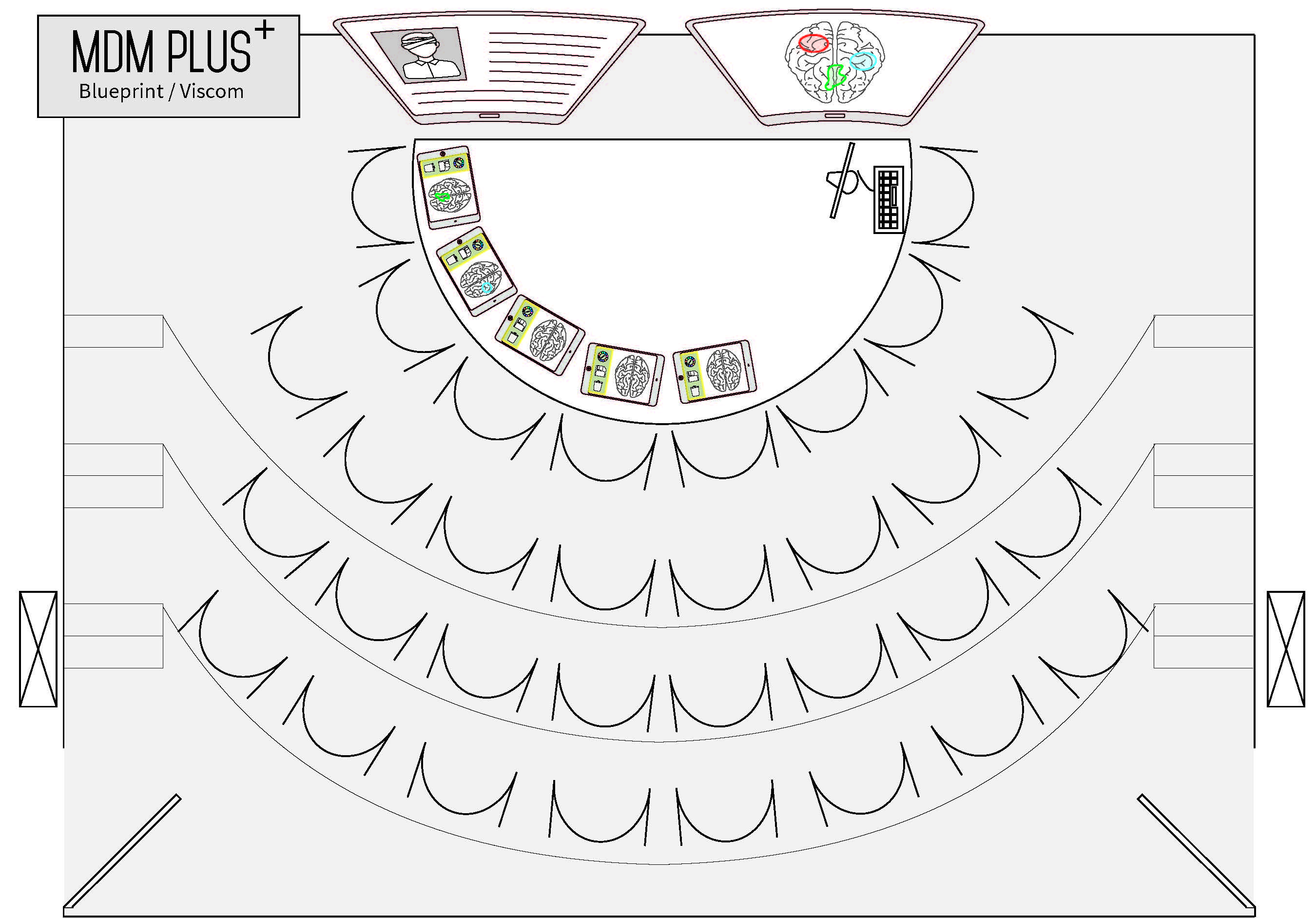