This project started as a collaboration between Pauline van Dongen and Italdenim. Italdenim is an innovative, Italian denim manufacture making every meter denim without environmental impact. This collaboration provided the opportunity to weave conductive yarns into denim fabric to obtain ‘intelligent denim’.

Much research has been conducted to the meaning of denim. Denim is transcending all layers in society, worn by young and old, poor and rich is therefore the ultimate fabric to showcase the potential of wearable technology. Denim is characterised by its graceful aging, it fades and becomes softer, like a friendship it becomes more personal and intimate throughout the years. This friendship metaphor has been used as design input for Issho. Not only in shape of the jacket, the cocoon-like shape, high collar enable to conceal and a zipper on the back for extra space, but also as a form of interaction. Like a friendship there is a mutual relation between the wearer and the jacket.

ISSHO contains three touch sensors and four vibration motors on the upper back, controlled by a microcontroller with rechargeable battery. The denim fabric obtains its touch capacity by conductive yarns woven into the denim fabric. The yarns are selected on functionality; price, conductivity and conductivity maintenance after several washing cycles, and aesthetics. The touch capacitive denim enables the jacket to identify touches but also to indicate whether its worn or not. The jacket relies completely on itself, able to turn itself autonomously on and off when worn or not. Issho functions without a smartphone which was done deliberately to move away from utilising gadgets as interface. The jacket is washable due to a detachable microcontroller and battery. The vibration motors are providing haptic feedback and are programmed in such a way that they simulate a gentle stroke on the upper back.”

ISSHO is a denim jacket that likes to share its enthusiasm for the world with its wearer. Through mutual interaction, Issho makes its wearer more aware of the moments they experience together. Issho is a revolution in the world of smart wearables that is dominated by functionalism. Instead, Issho is an example of positive design, that fosters mindfulness and a peaceful mind. Issho is the perfect balance of technology, fashion and experience design. It integrates touch sensitive technology and vibration motors for feedback. Issho was launched by Pauline van Dongen at the SxSW festival in Austin, Texas, in March 2017.

ISSHO is a revolutionary denim jacket, the result of a unique collaboration between fashion designer Pauline van Dongen, ItalDenim and our DE and ID departments. This concept wearable shows us how technology can shape our experience, make our lives more mindful, and teaches future designers how we can apply technology for ‘a better world’. 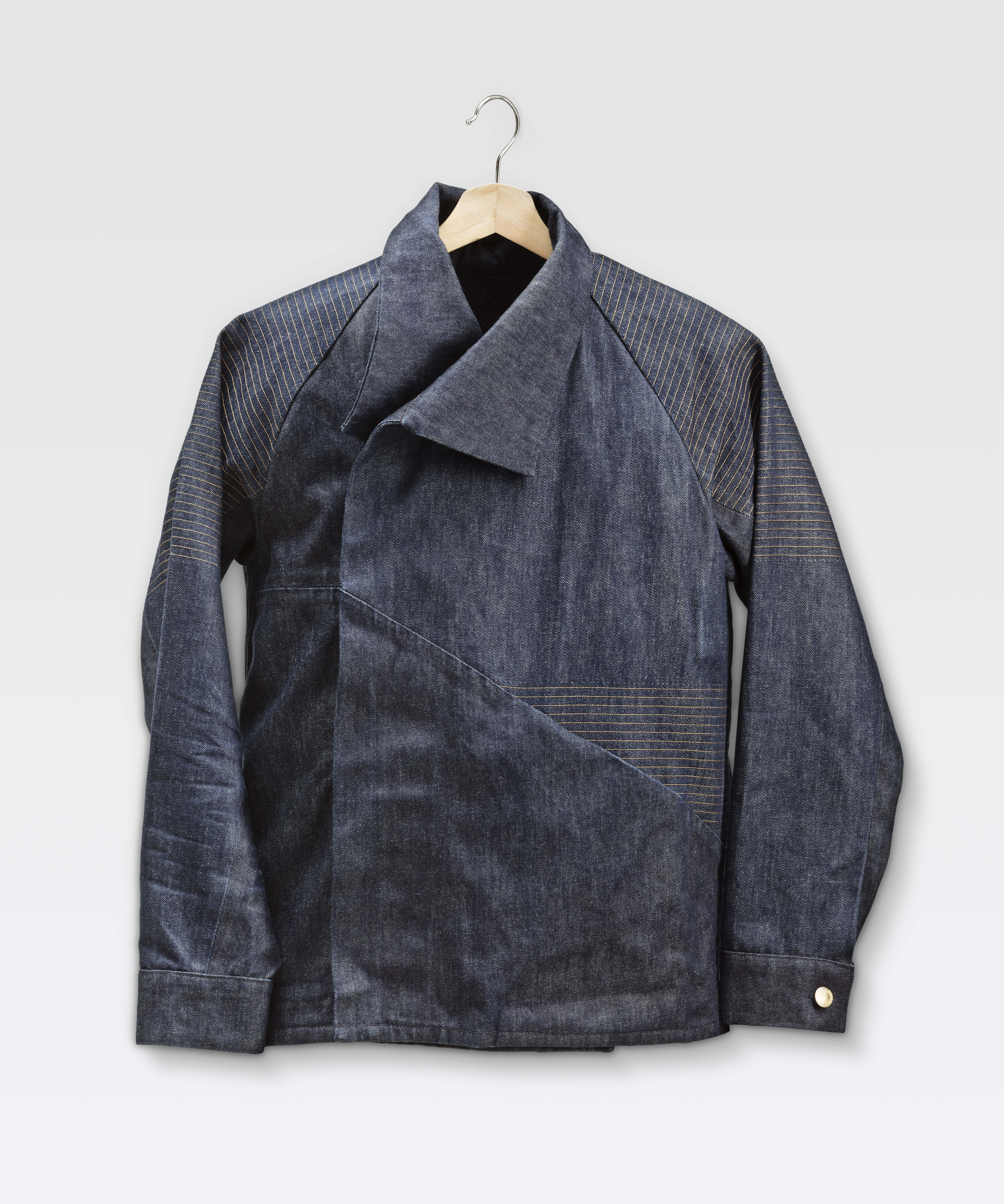