How might we encourage play between blind children and their sighted friends? Joy is designed to improve the interaction between visually impaired children and their sighted friends during play. By eliminating vision and focusing more on other stimulating aspects of play such as shape, sound and touch, Joy eliminates the disadvantage of the blind child, making interaction more equal and fun.

The design process started with lots of observations regarding play. Key findings were:

After observations the key qualities of Enjoyment, Equality, Connecting, Imaginative and Explorative were used to describe the desired interaction. By iterative prototyping and acting out, these qualities were captured in tangible ideas and after multiple iterations, the chosen product concept was produced in maple wood. The final building blocks were tested with sighted and unsighted children in context. As the shapes were interpreted by the children in many ways, the building blocks immediately triggered their imagination and literally bridged the gap between visually impaired and sighted children, resulting in a much more joyful and pleasant playing experience. 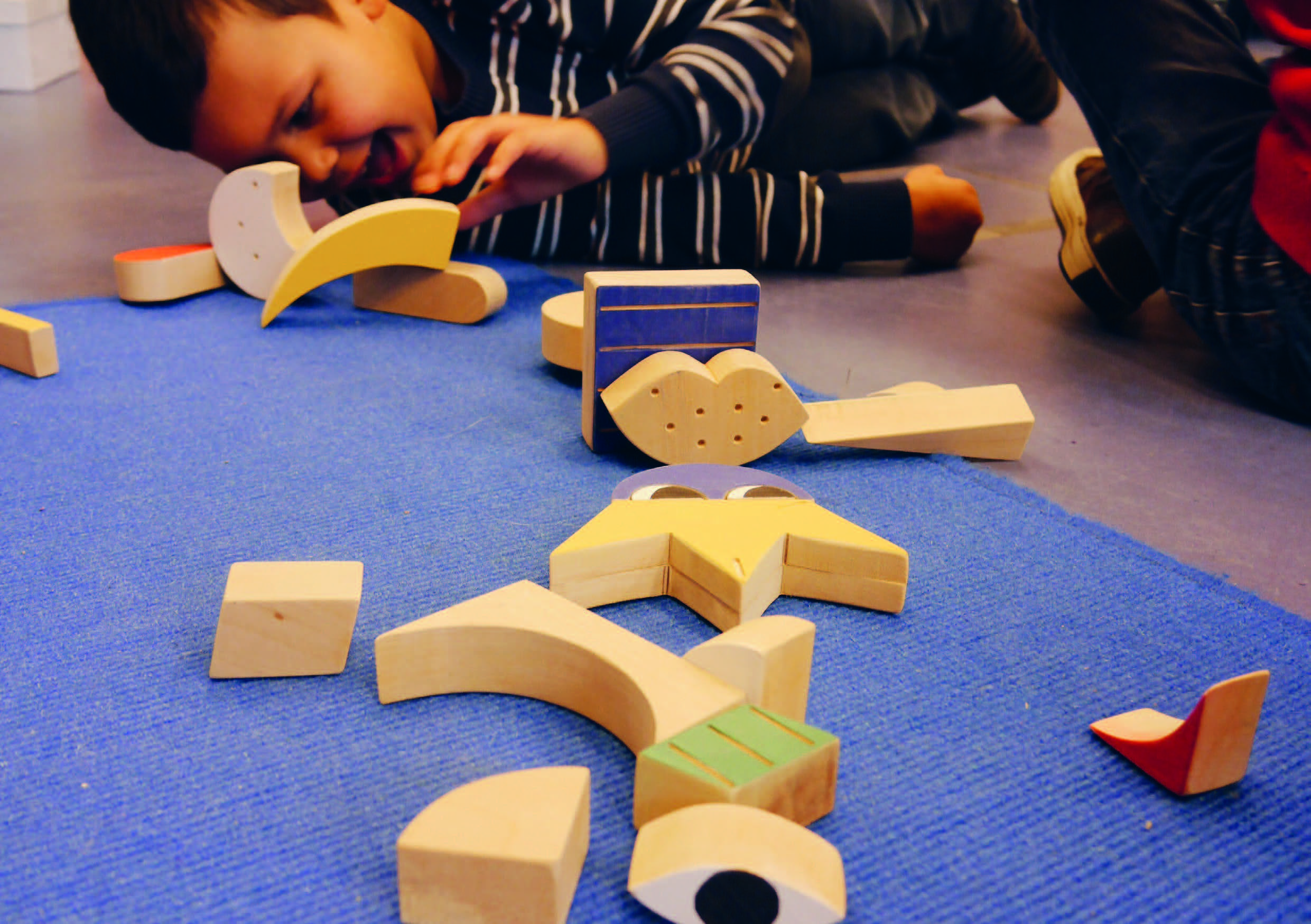