At Industrial Design Engineering, TU Delft, we believe the next step in robotics is a responsiveness to the complexity of our interactions. With robots all around us in the near future for things like delivery, we need to design them to be able to recognise and respond to social signals and cues. Together with the AMS Institute in Amsterdam, Delft design researchers are looking into robots that treat humans like humans, instead of pre-programming every single possible interaction.

In cities around the world, the first delivery robots are already roaming around in various pilots. These robots are predominantly programmed with basic social ‘rules’, such as sticking to the right and waiting for traffic lights. As you can imagine, the amount of possible scenarios these robots can encounter and would need to be pre-programmed for are endless.

In the real world people respond to these robot platforms and their behaviours in diverse ways. From mildly interested, to scared or intrigued enough to tease such robots. This can result in robots in public space effectively being harassed and vandalised. Worse, it can also result in people suffering adverse effects from the presence of such robots – such as when a wheelchair user was unable to move due to a robot freezing on the sidewalk.

How can we design these robots and their behaviours such that they are at home in our cities? How can we improve pedestrian-robot interaction? How can such robots add value for society by fulfilling functions such as parcel delivery or street cleaning? These are crucial design challenges, that require an appropriate balancing of social, service, and technical needs. 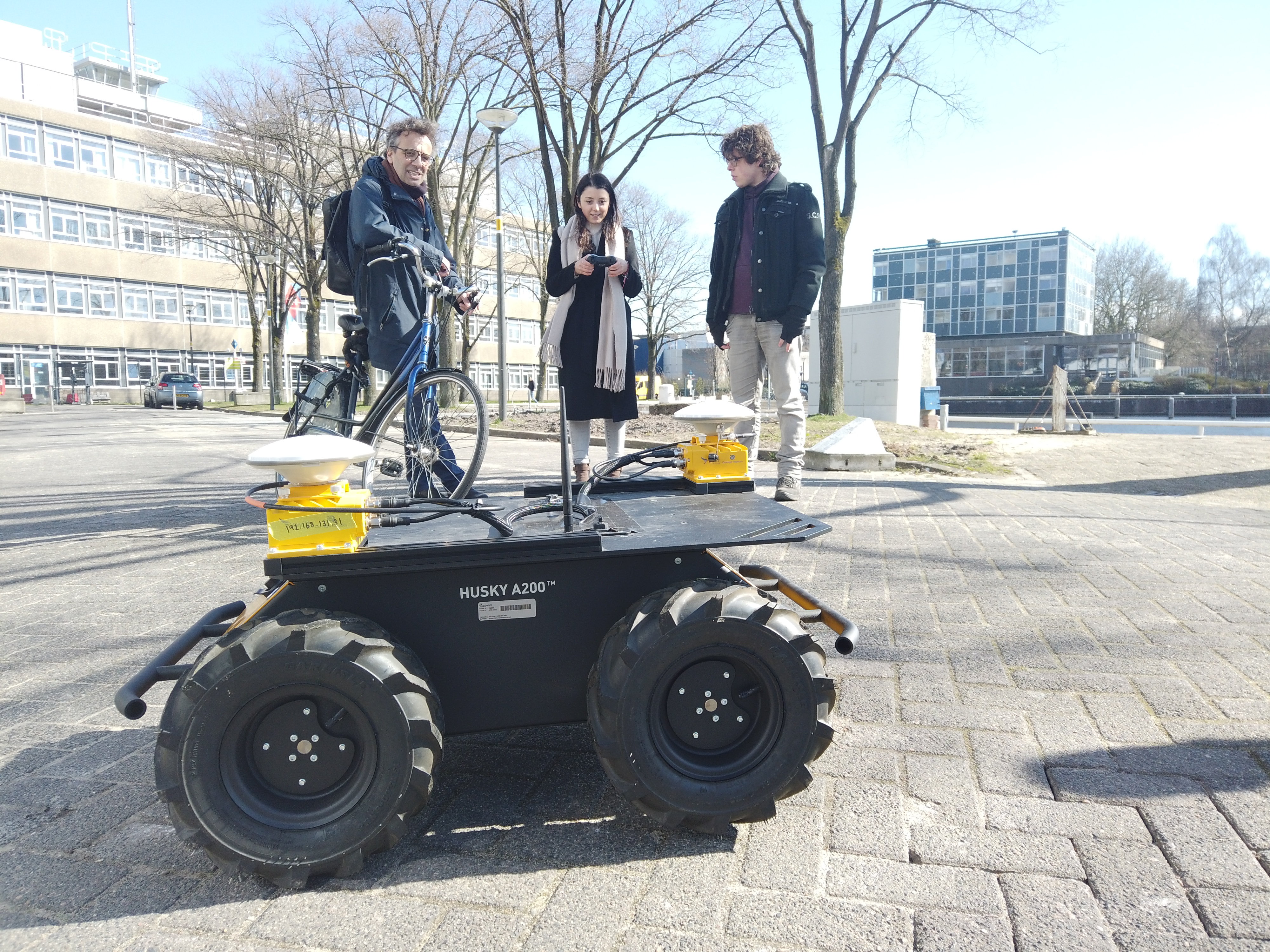 AMS Institute provides an exciting environment to investigate these questions; a living lab environment at Marineterrein Amsterdam Living Lab, the mobile robot platform ‘Husky’, and active connections with the municipality and companies in Amsterdam. Together with our students, we create prototypes within this context that help us evoke and understand the reactions of people. We share insights from research and graduation projects on this page below.

The work in this project is also related to several of our other projects: 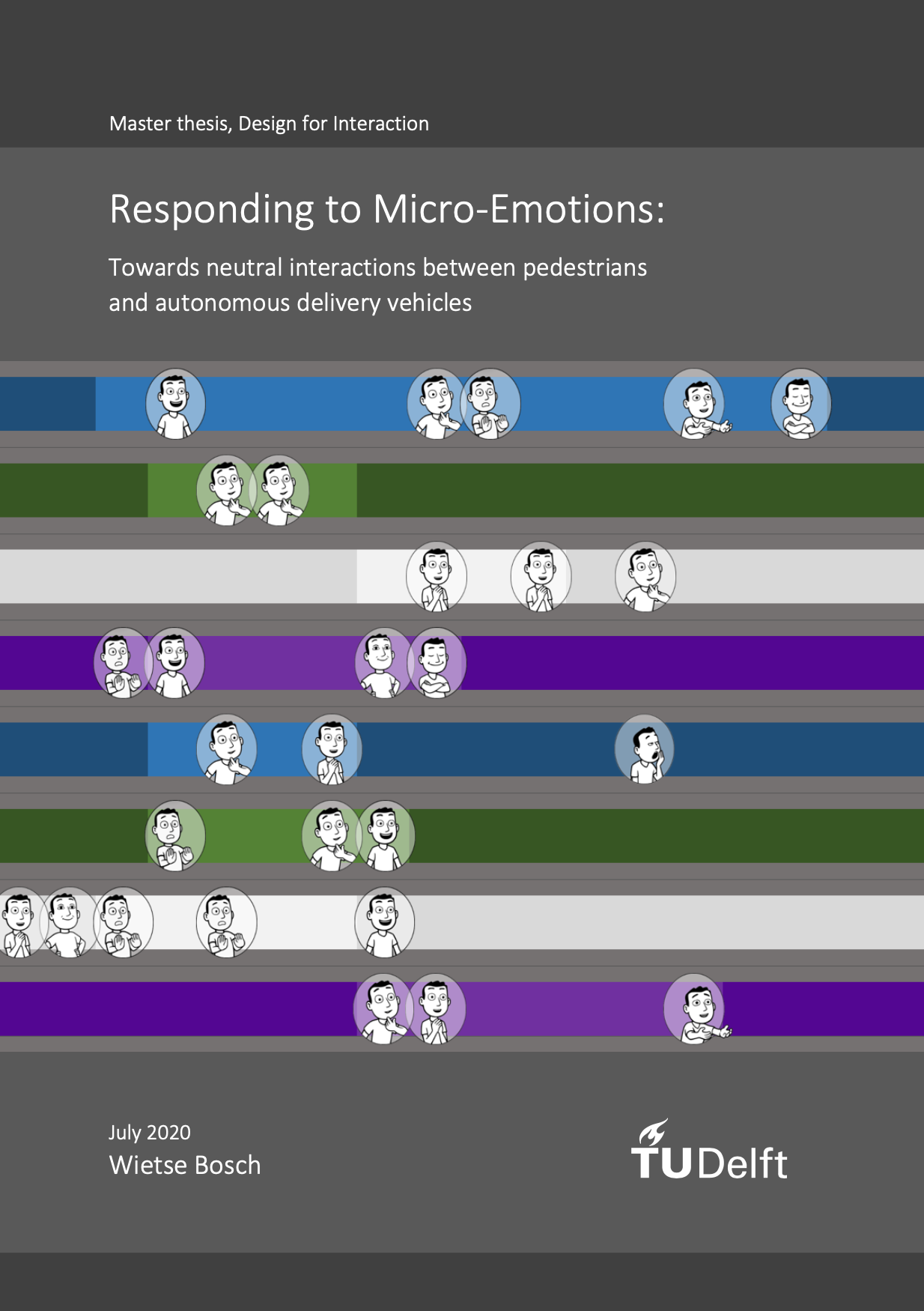 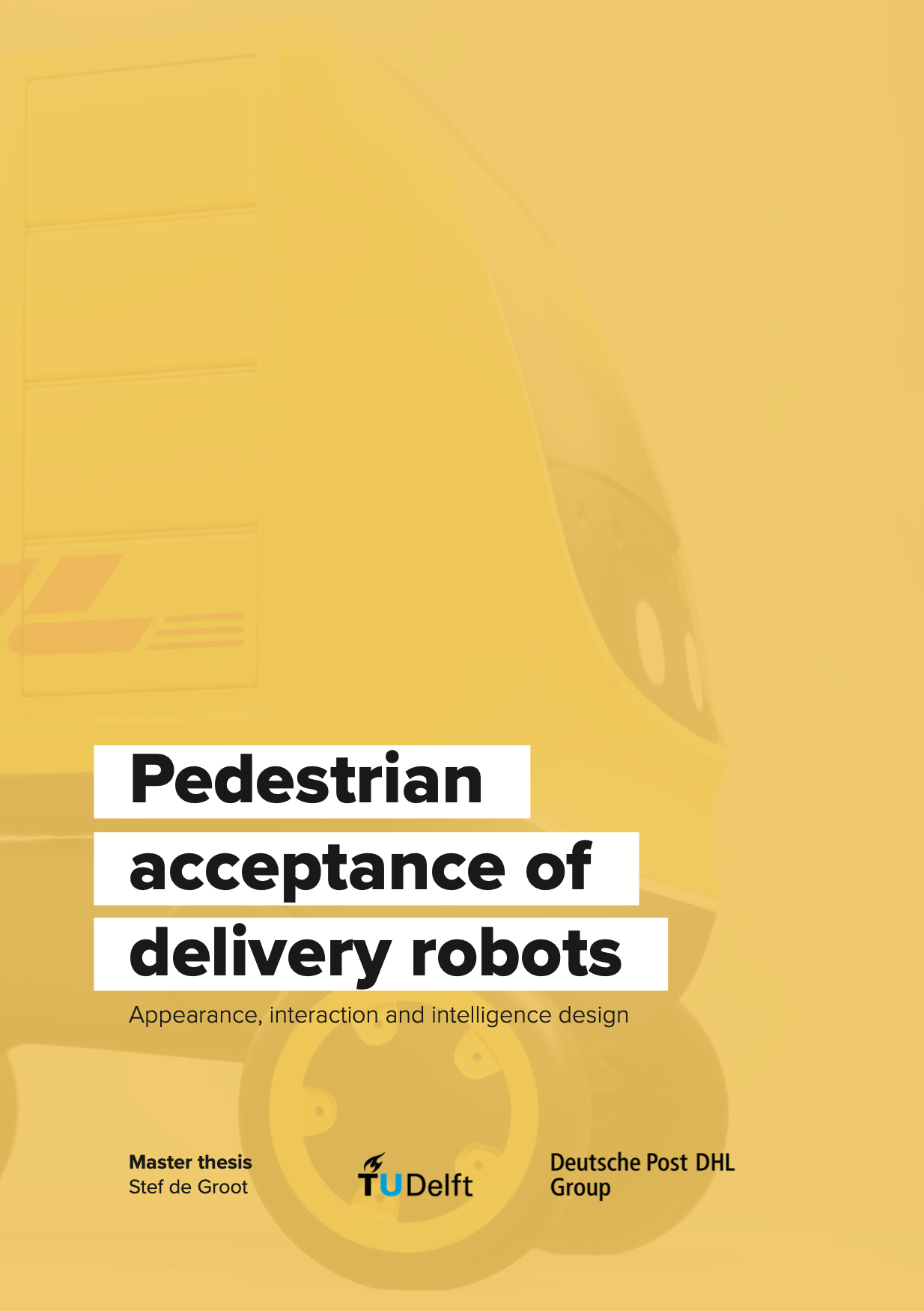 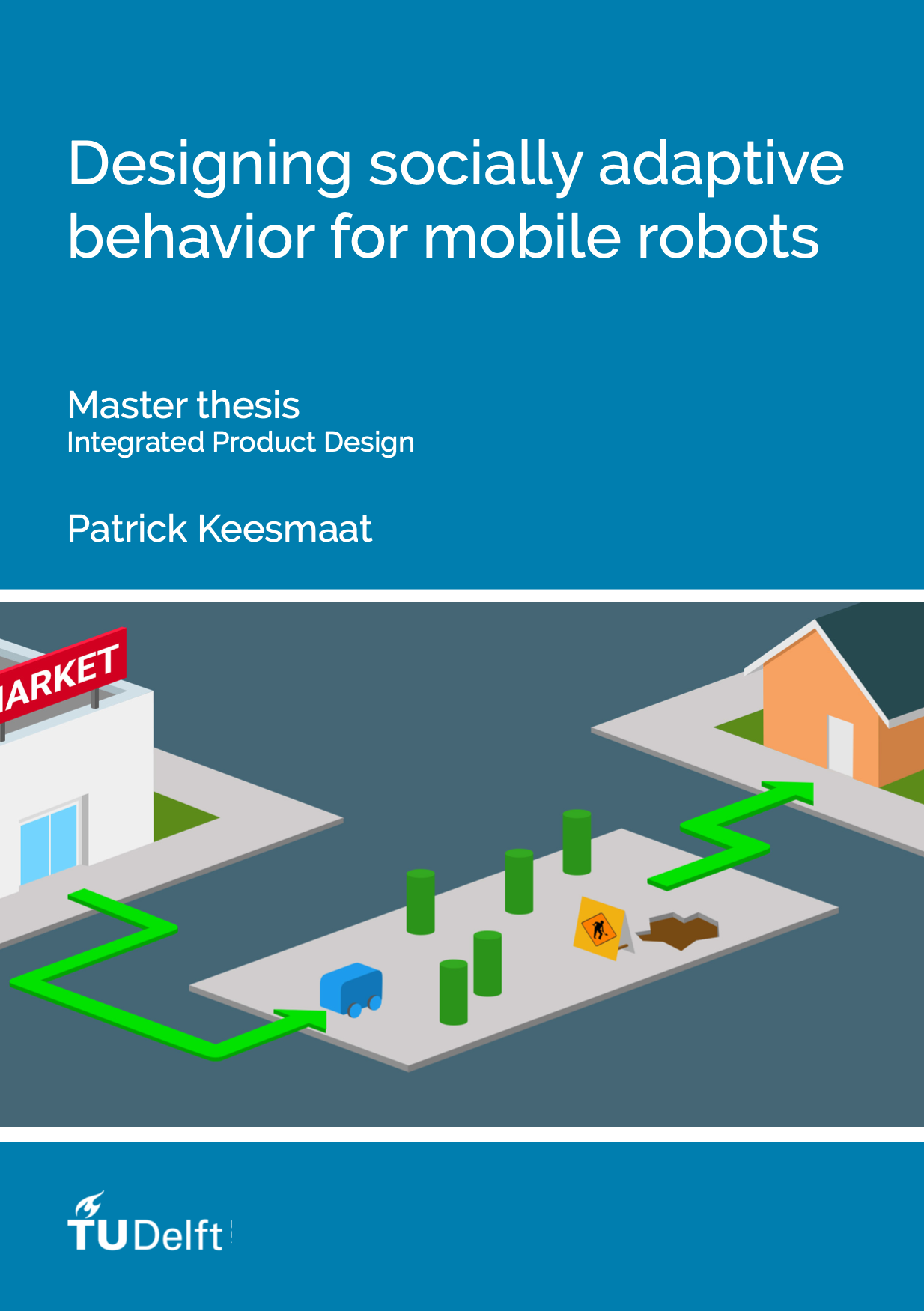 The unexplored dimensions of renewable energy

Solar power is a great way to produce renewable energy and provide off-the-grid areas in the world with electrification. The question is how solar powered energy systems can work on a local level. To gain insight on this, Abhigyan Singh studied energy exchanges in two rural villages in India and discovered that this goes beyond just monetary gain.

An art and a science

What does it mean to be an industrial designer? Michiel Cremers recently graduated from with a Master’s degree at Industrial Design Engineering. He made a short movie about his experiences and development during his graduation process, where he designed a new helmet for jetfighter pilots.
/* */