Restoring port culture to the city

Restoring port culture to the city

For centuries, ports have been important to cities and to the hinterland. Yet the maritime mindset has disappeared from many port cities, researcher Carola Hein has concluded. This development represents a danger for the future of ports. She is applying historical research in an effort to restore the link between port and city. “We cannot design a sustainable future without considering the past.”

Every day, enormous container ships moor in ports across the world to load and unload goods. Many port cities owe their development and prosperity to this link with the rest of the world, says Carola Hein, professor of the History of Architecture and Urban Planning. “Take Venice and Amsterdam. In the past these cities were global powers, and entirely one with their ports. This can still be seen from their design and architecture, for example the inner-city waterways and warehouses. In Hamburg, the port-city relationship can also be seen in modern architecture, for example buildings shaped like ships.”

Growing up in Hamburg, Hein got to experience the impact a port has on a city at a young age. “I saw large ships enter the port along the Elbe. Every morning, there were calls on the radio for the number of people who would be needed that day to unload goods. In the city, everyone was connected to the port in some way. Even today, the port is part of the city and the residents’ way of thinking. A maritime mindset still pervades the city. I experience it too. This is the background to my interest in architecture and urban planning. I always have one eye on the past.”

Separation of port and city

This connection between port and city that is still so prominent in Hamburg and used to be a more general phenomenon in the past is certainly not present everywhere anymore. Hein’s research has covered, among other things, the historic development of Rotterdam and London. “The port of Rotterdam was the determining factor in the city for centuries. But easterly as well as westerly expansion have resulted in a separation of port and city. In London, the port has even disappeared from the city entirely. This separation has meant the loss of port culture, and it has become more difficult to find people to work in the port. Given the economic interest of ports, this is a big problem.”

A central question in Hein’s research is what port and city have traditionally meant to each other. Among other things, she identifies the factors that play a role in this relationship. Hein: “In Rotterdam we see that, from the mid-nineteenth century onwards, the ascent of oil has influenced the development of the port to a major extent. By now, three quarters of the port is set up for oil, for example for refinery and transhipment of crude oil. In turn, this has consequences for the connections with the hinterland. Beyond its influence on the landscape, oil has also shaped society and legislation; think of all the people who work in the oil industry, and of the rules that have evolved to limit risks.”

If we do not understand how developments such as the ascent of oil have determined an environment, equipping this environment in a sustainable manner becomes very difficult, Hein continues. “We cannot remove existing infrastructure from one day to the next. We therefore need the past to help us design the future in the present. This design must include existing structures. In addition to this, historical data regarding a port city indicate what further developments and patterns of thought we might expect. Based on this, you can determine strategies to future-proof a port city and restore the connection between port and city.”

Examples of the port-city relationship

A good example of an area that is being developed on the basis of the past is the Rotterdam Makers District, says Hein. “In the Merwe-Vierhaven area, which used to be one of the world’s largest ports for fruit, industry from the past is being recommissioned to serve new purposes, such as housing and offices for start-ups in the creative industry. Here we clearly see interventions and infrastructure plans being combined with new objectives whilst retaining certain of the erstwhile functions. Building on foundations from the past, port and city are interacting in a new manner.” 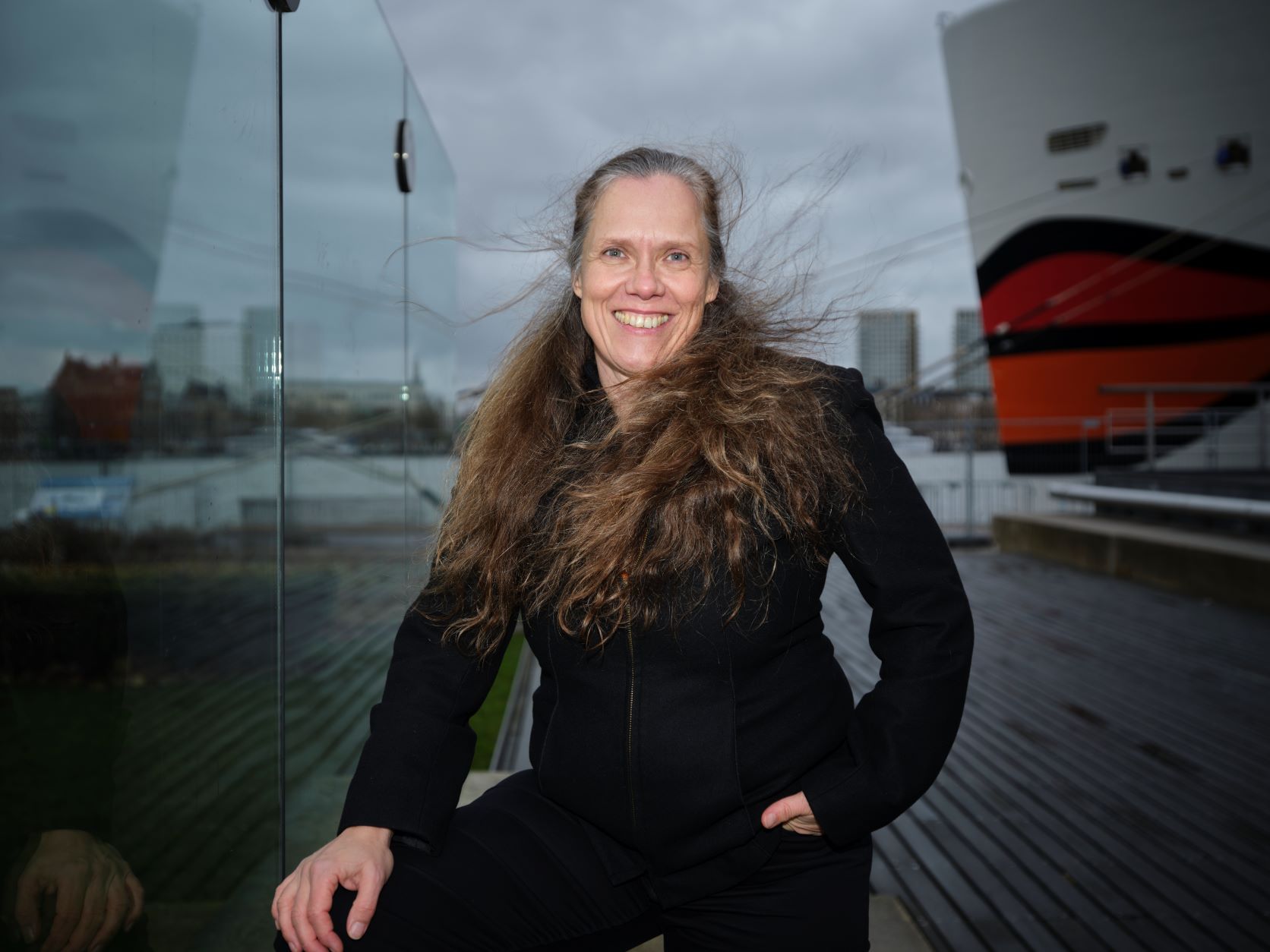 Hein uses geospatial mapping in her investigations of the port-city relationship. Using GIS constructions (GIS = Geographical Information System), she renders historical and spatial developments of a city and port and the relationship between them visible. Hein: “Among other things, I study the ways in which the space around a port city was used through the years. Using GIS and deep-mapping methods, I try to interpret the developments through the years and to get a good idea of the relationship between port and city. This doesn’t only relate to economic value, such as how many containers a port can process and how quickly, but also to social, cultural and ecological values.”

A number of dualities apply in terms of these values, Hein continues. “We need to take various aspects into account and to weigh them up against each other. We want cheap products from China, but we also want a cleaner environment. We want technological advancement, but we also want job opportunities. We want to conserve our historical heritage, but we also want room in which to build housing.” According to Hein, it is important to involve society when weighing up these things. She mentions Hamburg as an example. In Hamburg, environmental organisations secured a court order banning the further deepening of the harbour to accommodate larger container ships. “In this case, ecological interests weighed more heavily than economic ones.”

In PortCityFutures, a collaboration between TU Delft, Leiden University and Erasmus University Rotterdam, students and academics are investigating among other things the conflicts that the port-city relationship is subject to. Hein: “We are trying to develop new ways of looking, designing and collaborating that do justice to the various port-city relationships, such as their sociocultural identity. In doing this, we apply a sociospatial method which allows us to comparatively assess the role of soft values, such as social and cultural elements, and those of institutions and the built environment.”

According to Hein, this method clearly shows the areas around port cities to be the result of the interaction between humans and nature, and the extent to which these interactions are determined by social, symbolic and ecological values. “We view issues from multiple perspectives and collaborate with as many parties as possible. These include port authorities, political representatives, members of the public, sociologists, spatial planners, historians and designers. Together we must develop strategies and take design measures to ultimately ensure that the maritime mindset is restored or retained. This is what I hope my research will contribute to.”