Freight transport by water is cheaper and uses less energy than by road. What’s more, there’s more room on the water than on our congested roads. We could fully exploit these benefits by first solving a few notorious bottlenecks, such as container ships that aren’t loaded to capacity, suboptimal vessel navigation and congested locks.

That is precisely the aim of NOVIMOVE, a Horizon 2020 programme that stands for ‘Novel inland waterway transport concepts for moving freight effectively’. The four-year project was launched in June, and with a budget of 9 million euros it has brought together no less than 21 parties. The project is being led by Rudy Negenborn, professor of Multi-Machine Operations & Logistics at TU Delft’s Department of Maritime & Transport Technology. ‘Our focus is on improving transport on the Rhine-Alpine water corridor from Rotterdam/Antwerp to Basel. There are a number of specific problems there: congestion, fluctuating water levels and too many locks. Our aim is to make freight transport a lot more efficient, which will increase the appeal of transport by water and consequently encourage people to use of this sustainable form of transport much more frequently.’

‘Transporting freight by water uses less energy than transport by road. But we’re not fully exploiting these benefits yet. What’s more, every time something travels by water, it’s not using our already congested roads. There’s still room on the water! The point is to make our transport system more sustainable. We just have to be smarter about it and work together to develop new logistics concepts, prototypes and communication systems in order to structurally improve transport on this busy corridor.’

Freight transport by water is cheaper and uses less energy than by road. But we’re not fully exploiting these benefits yet. 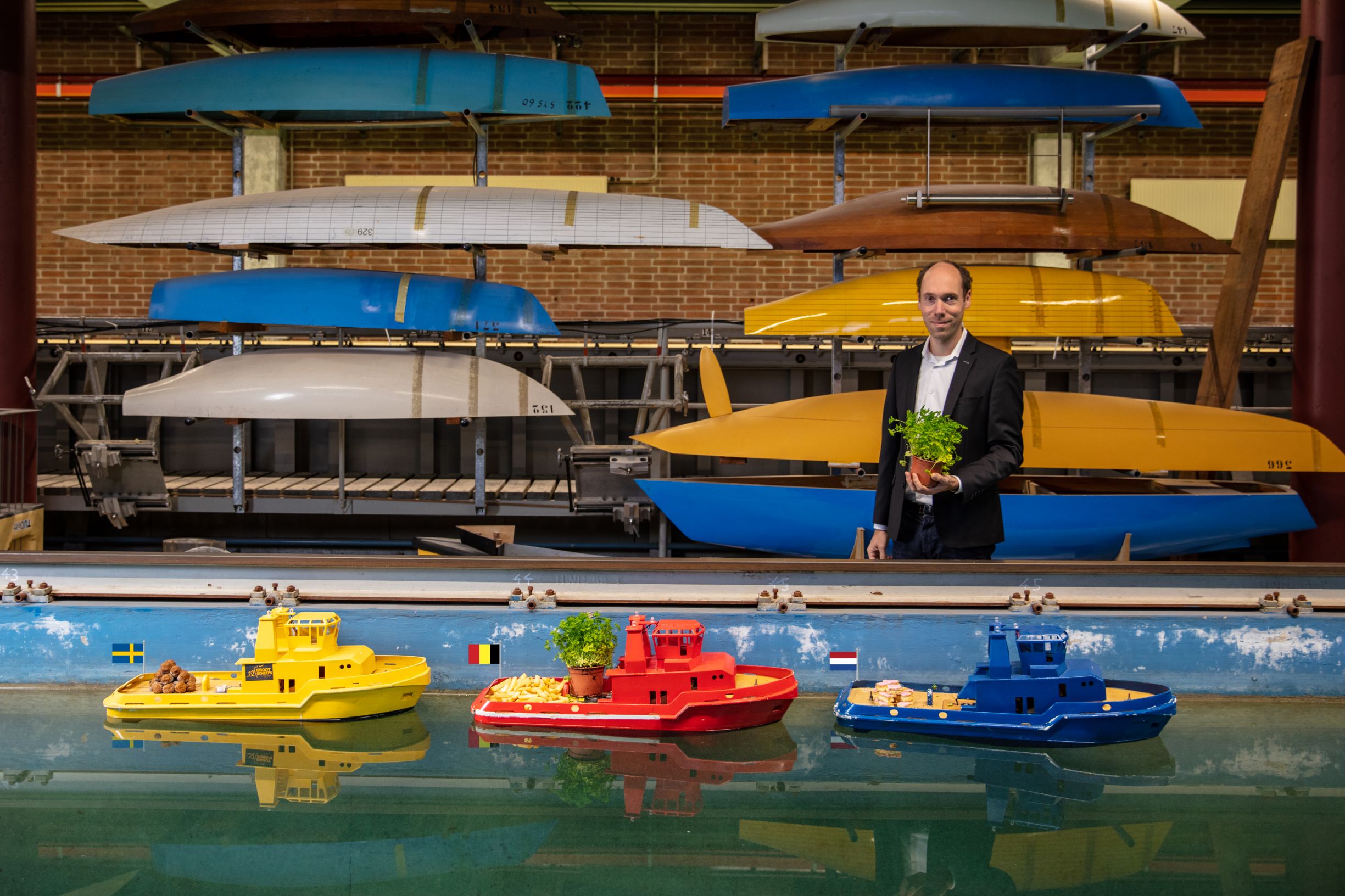 Trained as a computer scientist

‘Paradoxically, I’m not from the world of inland navigation or shipping at all,’ Negenborn explains. ‘I’m a computer scientist who specialised in “Intelligent Systems” and graduated from Utrecht in 2003, where I studied many of the foundations of contemporary artificial intelligence. After my studies, I used these insights and technology to improve electricity networks, which we now call smart grids, and to prevent flooding in water networks. And only then did I switch to the world of logistics and maritime systems.’

‘I’m actually continuing to develop the theoretical basis of Intelligent Systems and keep looking for a slightly different, new and more complex field of application.

NOVIMOVE is certainly complex. The subtleties of the new technology that is being developed in this project are hard to encapsulate in a single aspect for coordinator Negenborn. After all, many very different parties are collaborating in this consortium: logistics operators, ports, system developers and research institutes, from the Netherlands, Belgium, Germany, Switzerland, Sweden and Norway.

‘In NOVIMOVE, we’re dealing with 21 parties from different countries, and of course that means you’re confronted with cultural differences and different interests. One example is the “open science” mentality you encounter at universities. Essentially, you want to share your knowledge with others as much as possible. But commercial parties may take a different approach, of course. For example, they’re less likely to want to share data as a result of competition and have a completely different view when it comes to intellectual property.’

In NOVIMOVE, we’re dealing with 21 parties from different countries, and of course that means you’re confronted with cultural differences and different interests. The consortium’s diversity is one of NOVIMOVE’s major assets, but it will undoubtedly also present challenging situations and require some juggling while we implement the project.

‘In addition, we also have to deal with authorities. Authorities are much more focused on the general importance of developments for the population. Those interests don’t necessarily always coincide with the interests of an individual logistics service provider, for example.’

‘The consortium’s diversity is one of NOVIMOVE’s major assets, but at the same time it will undoubtedly also present challenging situations and require some juggling while we implement the project.’ 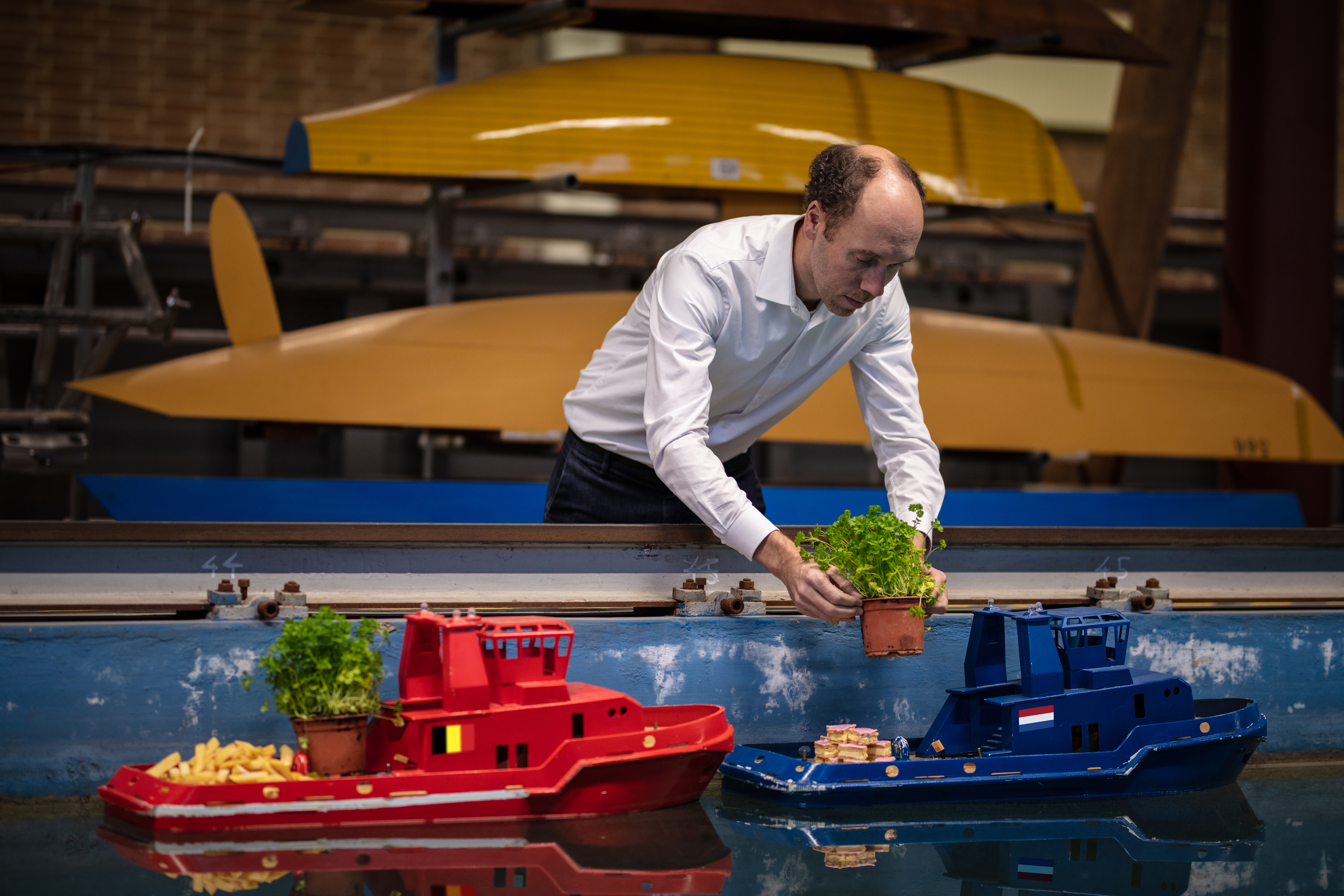 According to Negenborn, a group spirit and communication are crucial to solve the dilemmas that the consortium will face. ‘Essentially, it’s about bringing people together who share a common goal but different perspectives. As a professor, the role of coordinator certainly isn’t new to me, but it is at this scale.’

‘We had a run-up period of about a year after the EU issued the call for this project. We were fortunate to be able to build on an existing network from a previous European project, NOVIMAR. We learned a lot there and kept that network going strong.’

‘The corona pandemic occasionally made it hard to communicate in this project. But sometimes there was an unexpected positive side to the crisis as well. For example, we had planned to kick off the project on 19 June. The kick-off went ahead as planned, but completely online. And I think because we were forced to use a different approach, more people ultimately took part than if we had had a “normal” physical meeting in Delft. We made a great digital photo collage of the group to use as a NOVIMOVE poster, which is now hanging on the walls of all the participants. So despite corona, I think we managed to instil some group spirit.’

And this group is now fully committed to achieving the target of a 30% improvement in efficiency, says Negenborn. ‘Basically, we can achieve this in two ways. First, by using time better, with vessels that cover their route faster, and second, by using space better, with vessels that use their cargo capacity better. Currently, inland waterway vessels are often not filled to capacity.’

The research focuses on four different levels: designing new types of vessels that can cope better with fluctuating water levels; smart river navigation by combining information from satellites with real-time information on water levels and currents; smart scheduling in locks through interaction to prevent congestion; and better logistical planning and cargo reconstruction to increase load factors.

‘So in this project, we’re moving from the fairly abstract to the highly concrete, such as the construction of smarter vessels. My personal affinity lies mainly with the logistics side and smart vessels, for example how the use of smart vessels, in turn, affects the entire logistics system. The model that we develop in NOVIMOVE will enable us to map this out effectively.’

We’re going to develop a serious game that will show the impact that the various measures have on the entire transport system. That will enable us to familiarise today’s students with tomorrow’s technology.

‘Our goal is ambitious and should be viewed as something we need to work towards. The results that we achieve along the way are just as important as the goal itself,’ Negenborn explains. ‘In addition, it’s very important for us to establish a link to education in this project. For example, we’re going to develop a serious game that will show the impact that the various measures have on the entire transport system. This serious game will enable us to familiarise today’s students with tomorrow’s technology. It will allow us to establish a link to the future.’