Algorithms in the fight against Alzheimer’s disease

An increasing number of people are developing Alzheimer’s disease. It is expected that within twenty years’ time, 500,000 people in the Netherlands will be suffering from this incurable brain disease. Every reason to invest now in research to unravel Alzheimer’s disease, including with the help of AI.

Alzheimer’s disease is caused by the accumulation of various proteins in the brain, which causes brain cells to die. Forgetfulness and failing short-term memory are often the initial symptoms. The most important risk factor for getting Alzheimer’s is age. “It is age­related disease number one,” explains Marcel Reinders, professor Bioinformatics. “Nearly a third of people above the age of 85 suffer from a form of dementia, with Alzheimer’s disease being the most prevalent.”

Even though there are treatments to slow down Alzheimer’s, no drug has been found that can halt or cure the disease. For this we need to know more about the cause. Reinders is working on this together with the team of dr. Henne Holstege from the Amsterdam UMC’s Alzheimercentrum Amsterdam. “To discover what exactly is going wrong, we compare the DNA and protein data of patients with and without Alzheimer. We are looking in particular at people who appear to have reached extreme old age without getting the disease: centenarians without Alzheimer’s.

The emphasis in Amsterdam is on the biology, patient-related issues and data collection. TU Delft is involved in the data analysis. Algorithms are being developed to discover patterns in the data. “Most of the research questions and the variables have never before been examined. That means that we constantly have to think about how we can arrive at an answer and how the algorithm should look. As a research team, it also helps if you understand biology and of the material you are working with. The strength of Delft is that we are not only exceptional mathematicians, we also understand what we are looking at.”

The research has already produced important results. In 2017, TU Delft contributed to the discovery of specific deviations in a gene that could be a strong indication that an individual will develop Alzheimer’s. “We are making sound progress, but I would like to speed up. We can achieve much more with additional computers, people and particularly the use of the latest data analysis techniques. But none of this comes for free. While Alzheimer’s is affecting an increasing number of people, there is still relatively little funding available for research. If we really want to do something about this disease, that needs to change!”

TU Delft has a wealth of experience in data science and artificial intelligence. In order to be able to take steps in fathoming the Alzheimer’s data, it is vitally important to combine this fundamental engineering discipline in particular with our Amsterdam partner’s knowledge of Alzheimer’s disease, leading to a win-¬win situation.

The importance of AI and data is increasing

AI and data are playing an increasingly important role in healthcare. Reinders is now also involved in a large Parkinson's project, in which the same research method is used to compare the DNA of Parkinson's patients with the help of AI.

The data generated by the Alzheimer's project is also valuable for fighting other diseases, such as cancer or hereditary disorders. “Clinical geneticists can use it to better map hereditary diseases. This dataset has many possible applications. ”

COVID
AI can also play an important role in the fight against corona. A student from Reinders, together with Erasmus MC, is in the process of making a so-called risk predictor. Based on all available data, measurements and lab data, it can be predicted whether or not a COVID-19 patient will go to the ICU. Another model can predict whether a patient will die within 24 hours or not.

“These tools are primarily intended as a warning system for doctors and nurses,” Reinders emphasises. "This allows them to give more attention in time to patients whose situation may deteriorate."

Delft University Fund supports TU Delft by contributing to research, education and talent development. This year, the Tech for Health campaign focuses on providing financial support for excellent scientists at TU Delft who are committed to improving healthcare in the Netherlands. You can also contribute to this important work. In this way, we keep healthcare at the top level, future-proof and accessible and affordable for everyone. More information can be found at tudelft.nl/techforhealth.

Join us and help with a donation. Transfer a contribution to IBAN NL48 ABNA 0441 4822 95 in the name of the Delft University Fund, citing "Tech for Health".

For more information about the Delft University Fund, please contact one of our employees or visit our website: www.universiteitsfondsdelft.nl
ufonds@tudelft.nl
+31 (0) 15 278 64 09

The Delft University Fund has ANBI status (organisation serving the public interest).
Your donation may therefore be tax deductible. 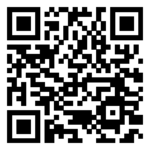