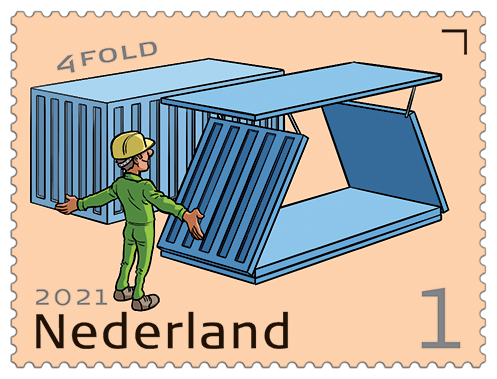 Container ships make it seemingly easy to bring goods from all over the world into our homes after just a few online clicks. Behind that, of course, lies an extremely complex logistical operation. Some ships are full on the way there, but mainly carry empty containers on the return journey. There must be another, more sustainable way, the creators of 4FOLD imagined. They designed a foldable container that takes up a quarter of the space of an ordinary container. Simon Bosschieter explains how the innovative 4FOLD and parent company Holland Container Innovations are changing the shipping industry step by step.

How did the idea for 4FOLD come about?

“In 2006, four friends including myself, all with different study backgrounds, followed the course Turning technology into business. In that course we looked at TU Delft patents that were not followed up in order to test their commerciality again. We came across a patent from the Port Authority and TU Delft, in the name of Professor Klein Breteler, to solve empty transport with a foldable container. Market research showed that there would certainly be a demand for this product. The idea was there, however, on paper. The four of us then continued with the actual design. We wrote a business plan with YES!Delft and built the first prototype.”

What successes have been achieved so far?

"An important success for us was obtaining the ISO certificate so that the container meets all the requirements of the container industry and can therefore be widely used. The realisation of the first prototype was of course also a special moment. After that, the test phase started; if a load went well from A to B we were certainly proud. It's nice to see that what you've come up with on paper actually works. After testing, the first orders followed, and we built our first series. Later, we received an important EU grant that allowed us to scale up. We then set up our production lines. In short, there are several successes that have brought us to where we are today.” 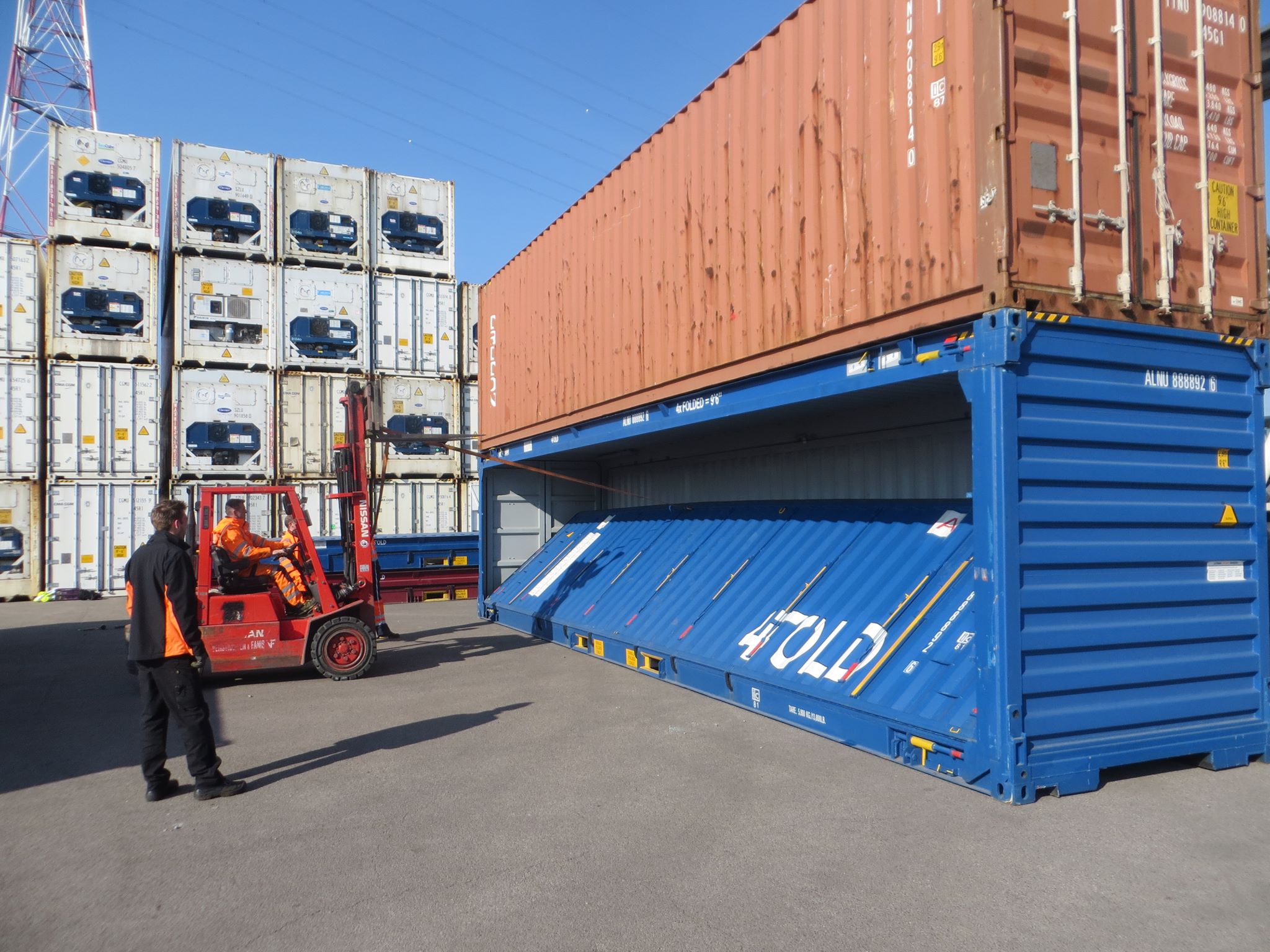 What challenges did you face?

“Shipping is a very conservative market in which people are not very much used to dealing with change. That was (and is) a challenge for us. When we started, there was less interest in the environmental effects than there is now. In that sense, we are now in the spirit of the times. We have slightly modified our business model and are now focussing on shippers. Shippers often have concrete goals to reduce CO2 emissions. With that goal in mind, shippers can encourage shipping companies to start using our containers.”

"It would of course be good to see the trend of using more and more foldable containers increase. Hopefully, the foldables will be the standard in about twenty years time. We want to change perspectives and attack the hundreds of megatons of greenhouse gas that is wasted by transport every year. On some routes, ships carry a lot of empty containers. Between Spain and South Africa, for example, 90% is empty! There are two 'competitors' offering similar services, but they have smaller containers and fold in a different way. That’s a good thing; we need more supply to break open the market. The market seems a little more open to change nowadays. There is a shift in which shippers often purchase containers themselves because they no longer have any dependence on others. That brings opportunities!”

Why is it good that this innovation is now ‘traveling the entire world'?

“This is an innovation that provides an answer to a global problem; the empty containers that travel enormous distances. Ultimately, of course, we would like as many people as possible to participate in this change for the industry so together we can tackle the problem of unnecessary shipping waste.”