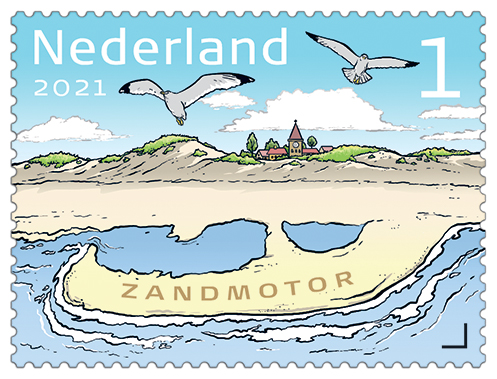 This unique innovation can even be seen on Google Maps: the Sand Motor. This constructed sandbank has been protecting part of our South Holland coast for 10 years now, by keeping beaches and dunes at a safe width. And the best part? We hardly have to worry about it, because under the influence of waves, wind and the current along the coast, the sand spreads all by itself (hence 'sand motor'). This is what we call Building with Nature, an ultimate collaboration between man and nature. Marcel Stive, former professor at TU Delft, is regarded as the inventor of the Sand Motor. And he talks about it like no other.

How did the Sand Motor get started?

“Several decades ago there were ideas to extend the coast on the stretch of beach between Kijkduin and Ter Heijde. But these plans fell through because the public opinion was that it should not become expensive, exclusive land where only houses would be built. Until years later coastal protection was discussed, which could also be achieved with coastal expansion. Now, however, not in relation to building houses, but building a piece of nature. The reactions were enthusiastic, and in 2010 the Sand Motor was built in a collaboration between Rijkswaterstaat, the province of South Holland, politics, advisory groups, scientists and the businesses.”

What successes have been achieved?

“With our elaborate monitoring system, we can conclude that the coast is indeed being reinforced by the Sand Motor. There is a lot of international attention, which puts the Netherlands and TU Delft on the map as innovation leader.

What I’m proud of is that the Sand Motor has been embraced by the residents of South Holland. People who have visited the beach on a windy day can probably recall the many mattresses of kite surfers. For them, the lagoon, but also the inland lake, together more than ten hectares in size and two meters deep at the deepest point, is a perfect place to fly their kites because here they are not bothered by the waves that they encounter in the North Sea."

What challenges have you encountered?

“The implementation of this mega project was of course difficult, which will come as no surprise in a project that has cost EUR 70 million. Fortunately, all noses were pointed in the same direction from the start and there were hardly any setbacks.

Once the Sand Motor was built, there were many questions. For example, swimming safety was uncertain, because how would the water in the lagoon and the connection to the North Sea behave and could algae growth be a problem? A swimming ban was therefore briefly announced in 2012, but it was quickly lifted after investigating the water quality.” 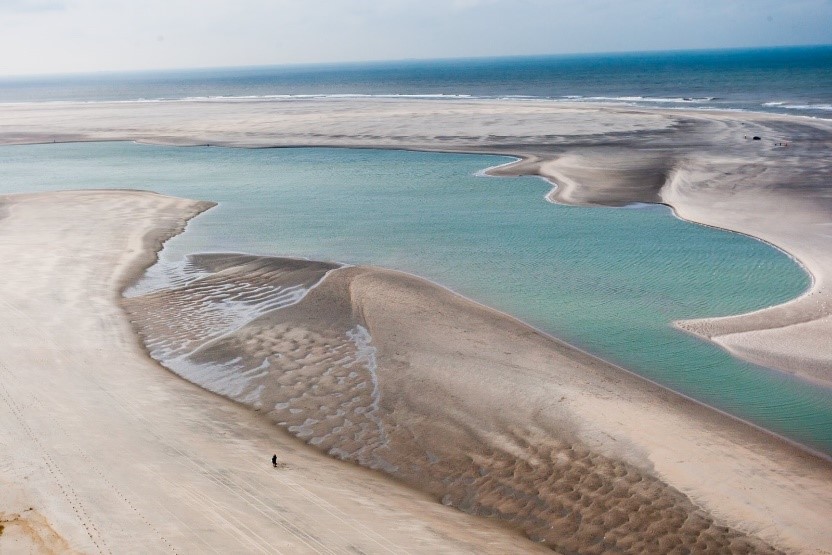 What are the next steps regarding the Sand Motor?

“It is too early to definitively mark the project as a success, another 10 years must pass before we can do that. But the Sand Motor has proven that a coast can be defended with sand. Unfortunately, it is not a one-size-fits-all blueprint that can be applied everywhere. However, the technology is a great example of how we can tackle the climate problem and its consequences.”

The Sand Motor is now going ‘around the world’ on a stamp. What’s your take on this?

“There are other places where a Sand Motor can also offer a solution under the right circumstances. It has served as inspiration for similar projects in Africa, the Arab Emirates and Indonesia. That is marvellous.

The Building with Nature principle means no negative impact on nature. This allows us to look differently at building materials that have to be replaced over time, such as concrete and steel.”

Stefan Aarninkhof took over as new professor of Coastal Engineering within the Hydraulic Engineering department at TU Delft five years ago from Marcel Stive, who has been retired since early 2017. He is an authority in the field of international sand motor initiatives and, among other things, leads research into the Sand Motor. He was also the first student to graduate under the supervision of Marcel Stive.