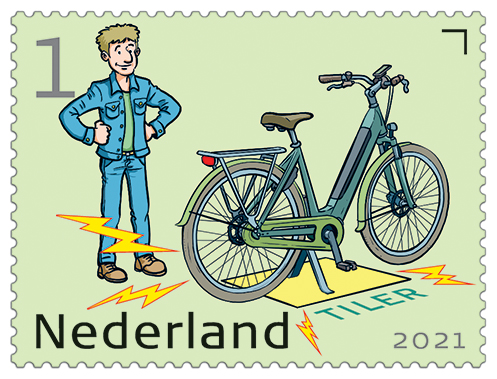 How smart can a paving stone be? Really smart, if you ask TILER. Because TILER’s tile doesn’t just charge electric bikes but also judges when to charge and lets you know if it’s charged, you could call it the smartest paving stone in the world. Christiaan van Nispen, co-founder and CEO of TILER, talks about how cities of the future will serve humans with the help of their smart charging tile.

How did TILER get started?

“I spent time in America for a German energy company to set up an infrastructure for charging electric cars. It always bothered me that charging those modern vehicles was done with an old-fashioned cable. That amazed me. Futuristic technology, dependant of a simple cord.

Through Delft Enterprises I came into contact with Prof. dr.ir. P. Bauer of the EWI faculty at TU Delft and heard about the patent for wireless charging. That is at the core of TILER.

We believe that today's cities are built around the car, not around people. Much valuable surface is used for roads and parking spaces, instead of living space for residents. We believe that this can be improved by phasing out the car and opting for more compact vehicles such as the bicycle. And the electric bicycle is gaining popularity, but there is no good charging solution available for charging on a larger scale or for the business market. TILER believes that that’s possible with a charging tile.”

What successes have been achieved?

“We have only been active for about two years, but we have already achieved many things. For example, we have four pilot projects going at Ahoy in Rotterdam, MAAK in Haarlem, New York Pizza in Arnhem and YES!Delft on the TU Delft Campus. In September we will be settling on The Green Village, on the TU Delft Campus, for a year. Here we can start testing even more specifically, which will further accelerate the development of our charging tile. We will be kicking off there in September with a major event, keep an eye on our newsletter for the invitation.” 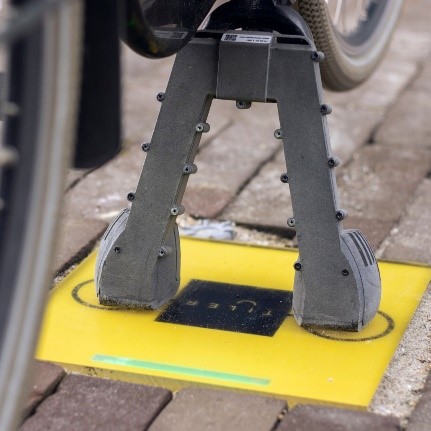 What challenges have you encountered?

“We work with hardware which means making mistakes is expensive; you can easily reprogram software, but you don't just get a new circuit board. That costs money as well as time.

In the beginning, reactions to our innovation were sometimes sceptical, but now that we have our proof of concept and can point to our pilot projects, people are quickly convinced.”

What are the next steps regarding TILER?

“At the moment we focus mainly on electric (shared) bicycles, but we also want to add electric scooters and cargo bikes. Electric cars are a technical challenge, because of the many kilowatt hours that the batteries require, and ultimately that does not fit within our vision. We believe that for transporting within cities, smaller vehicles are the future.

At the moment we only apply Artificial Intelligence (AI) to a limited extent, but as we progress with the product development of TILER, we will look at that more intensively. A self-learning tile, which can for example recognise a charging pattern per bicycle, greatly improves the life of the battery (the most expensive part).”

TILER is now going ‘around the world’ on a stamp. What’s your take on this?

“The Netherlands has traditionally always been a country full of cyclists and our infrastructure is designed for it. We have a social responsibility to share that knowledge and experience. We had to perfect the technique, now the rest of the world can benefit from that!”