On sensible technologies of foolishness

The missing link of the future engineer

It is often thought that having a good idea is enough to achieve a successful innovation. In reality, thousands of additional ideas are needed along the way to the realisation of that idea. During his inaugural lecture on 5 November 2021, Professor Frido Smulders examined the challenges within innovation processes, especially innovation processes aimed at realising outside-the-box ideas.

The difficulty is not so much in getting these new unexpected ideas, but much more in bending the existing social dynamics to ensure that these new, and often deviant ideas, also get sufficient traction within the existing constellations of routine thinking and behaviour. Today's societal challenges require understanding and investigating the phenomenon of innovation on a much deeper level. 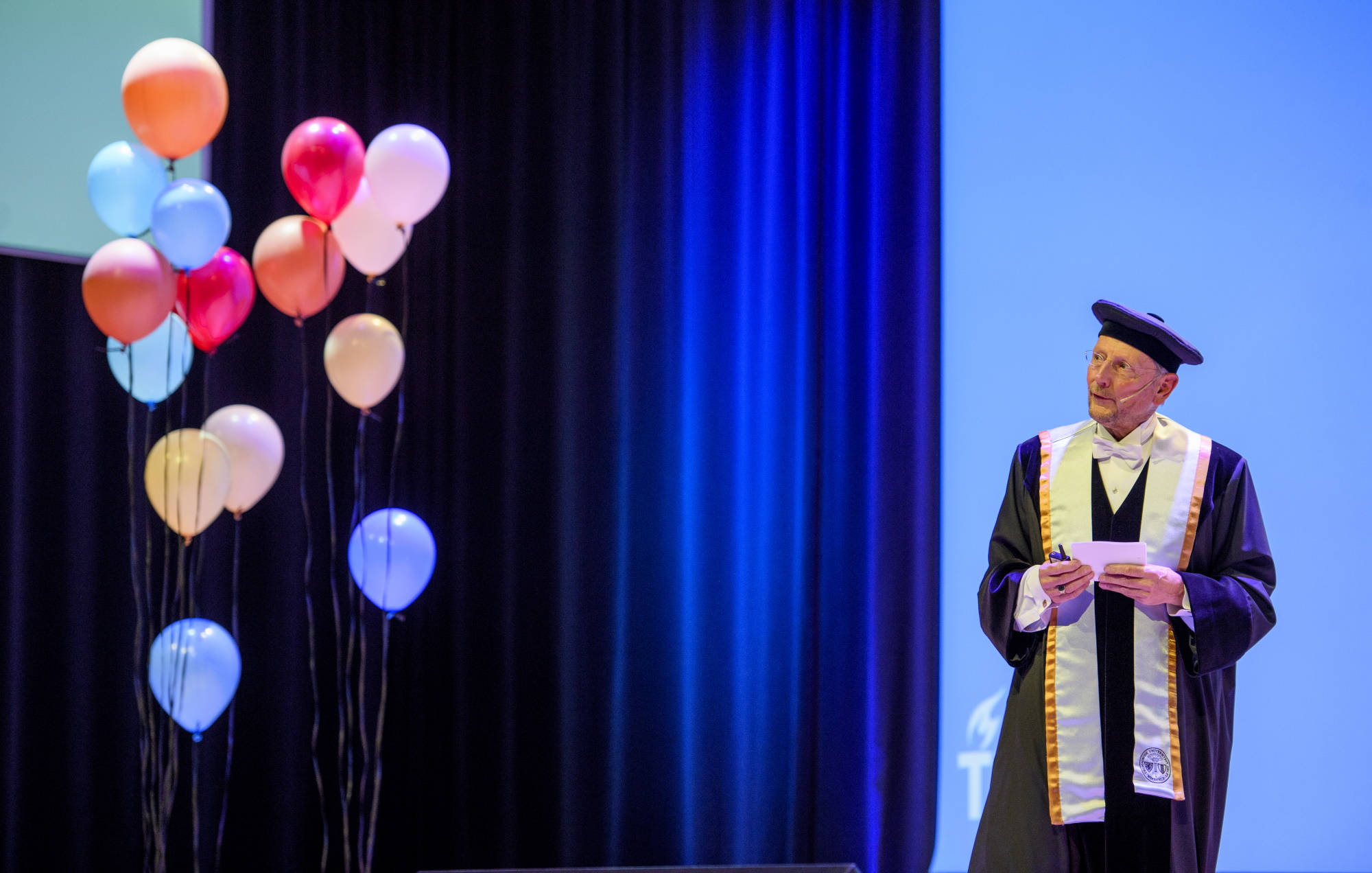 The active nature of innovating

Throughout his career as a management consultant, teacher, researcher and practitioner, Professor Smulders has been involved in the phenomenon of innovation. “Most of the time we don’t even know we are innovating, we do it on the fly,” he said. “But the trouble starts when we have to innovate, and then we have to do it consciously.” During his speech, he said one of the most important things is realising that to innovate is a verb. It’s not about the output, but rather involves introducing something new in an existing context that for acceptance will undergo some change.

It takes a lot of ideas to go from an outside-the-box idea to the institutionalisation of a new box. And the new box is not a physical thing, but a complex integration of people, processes, routines, ideas, knowledge, interests, and often also physical and immaterial objects (stuff, software). The new box, in fact, stands for the new organisation, the new technology, the new business, and it must be as efficient as possible for it to be profitable. 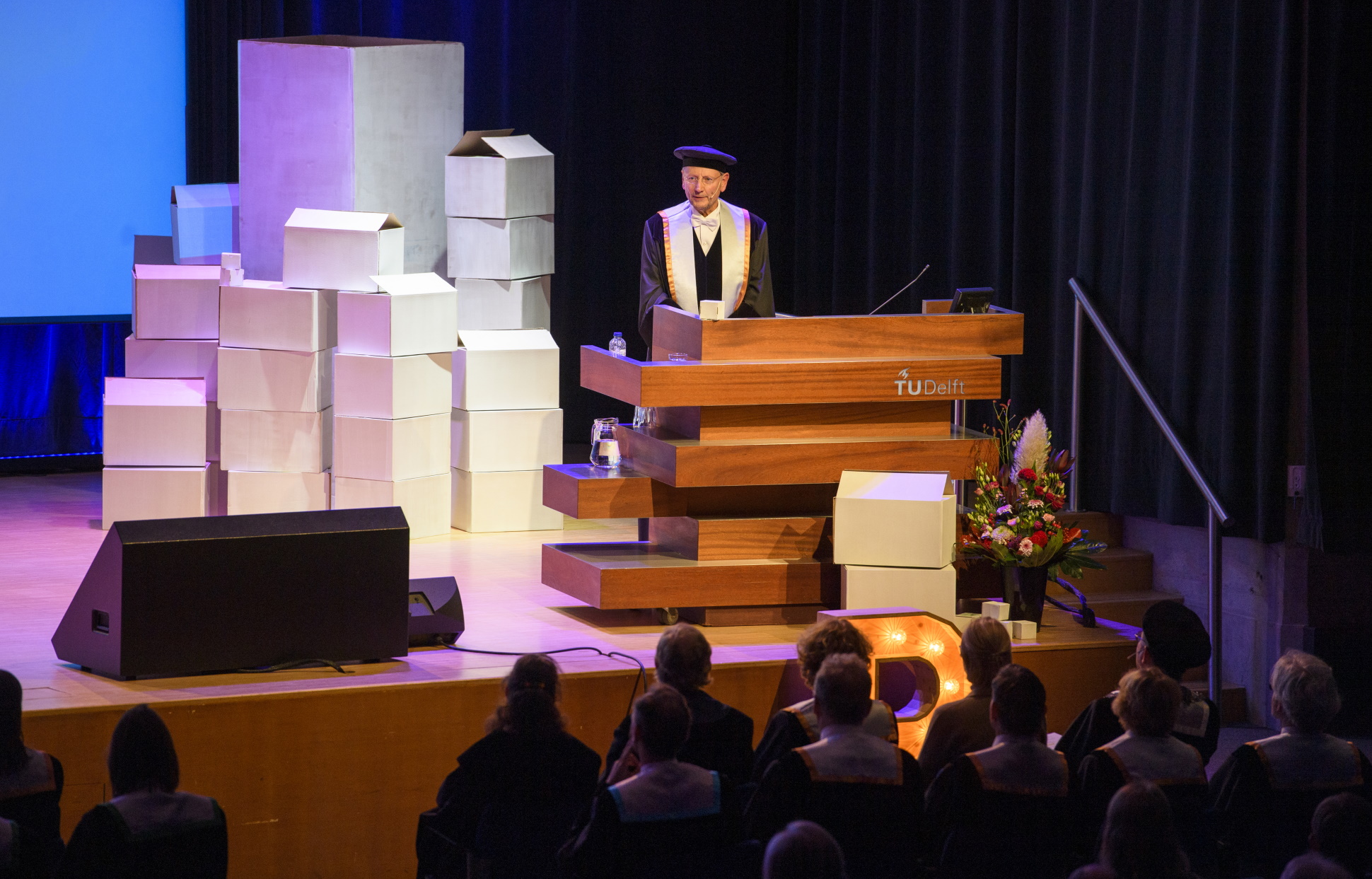 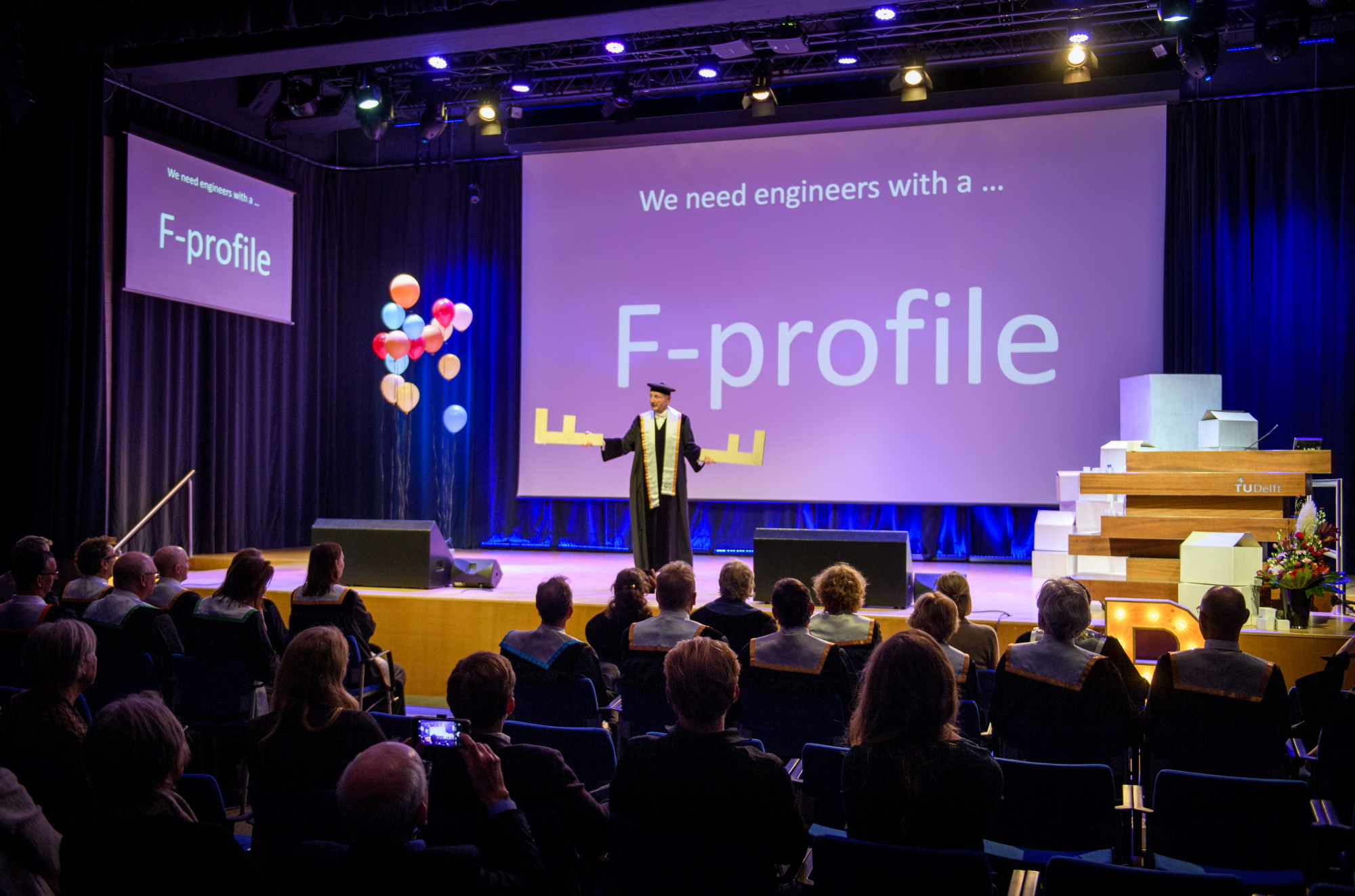 The lack of understanding around innovation means that in practice, as well as in science, it is often forgotten that this process centres on getting the many different actors and stakeholders on board. They all have some sort of interest in that new box, or at least would like to maintain their existing interest in the new box – something which is often not possible. The interests of actors may change dramatically or even evaporate in the new situation. This calls for entrepreneurial behaviour, for behaviour in which actors, in collaboration with each other, shape their new interests and help to develop their new or adapted added value to the new box.

However, when it comes to established organisations, this essential entrepreneurial behaviour is often absent. It is therefore not surprising that outside-the-box ideas within that established situation are rarely welcomed with open arms. They are often seen as unrealistic, unfeasible, and even as a threat to shareholder value. 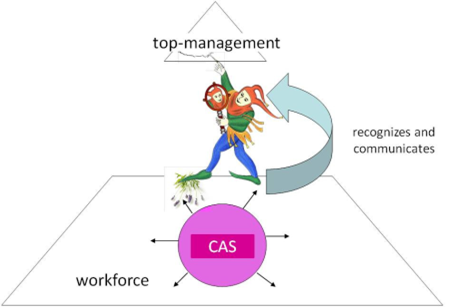 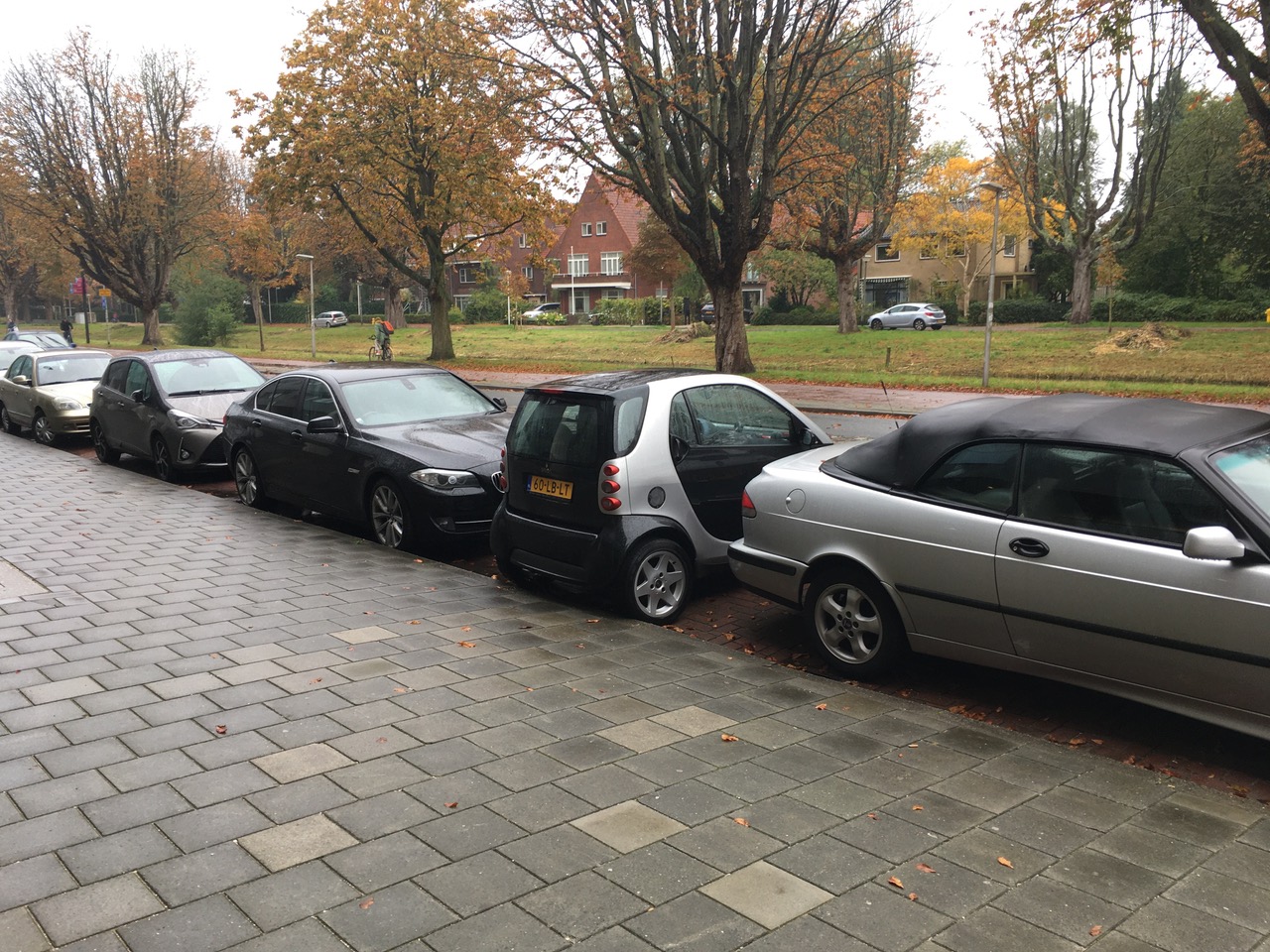 Professor Smulders suggests that innovation is a hybrid process that involves dramatically different perspectives. “On one side, ideas come from the ‘technology of foolishness’”, he said using a term coined by organisational and management theorist James March.  “That’s where you can’t decide if things are true or untrue. On the other side, you have the ‘technology of rationality’, a world that has been created over many centuries which consists of validated knowledge.”

Considering the magnitude of the challenges faced by society, it is of great importance to develop a sound 'technology of foolishness', and if it already exists – professor Smulders suggests the technology of design - , to develop it further in such a way that it is suitable for use by any innovation actor in any collaborative setting. The challenges are too great to leave the necessary innovation around health, energy transitions and sustainability to start-ups alone. And because these challenges have an important technological dimension, it is crucial for engineers to understand what entrepreneurial behaviour is as a social game so that they can participate in it and contribute their technological bit. Even if they are not entrepreneurial themselves.

Large organisations, including governmental organisations, have no idea how to innovate entrepreneurially, according to Professor Smulders. That’s why he is so interested in learning from start-ups, because they behave naturally. But a critical moment for him came with the realisation that only about 10 % of TU Delft graduates end up working for start-ups. That means 90% will work for existing organisations and will be part of their innovation activities.

The challenge then becomes educating engineering students for entrepreneurial innovation, beyond technology. Entrepreneurial behaviour is socio-interactive, within and between two very different spaces: foolishness and rationality. And Smulders proposes that TU Delft’s Faculty of Industrial Design Engineering is uniquely positioned as it balances the two things -- designerly foolishness and engineering rationality.

With aims of reaching engineering students across the Netherlands, Smulders is launching a new online course on the fundamental framework of entrepreneurial innovation. Working with a team from the four technical universities of the Netherlands (4TU.Federation), this project will incorporate a mixed classroom approach, challenge-based education and a train the trainer programme, supporting teachers to include an entrepreneurship module in their existing courses. “We need to develop the technology of sensible foolishness; as educators we need to come up with the pillars that help engineers become a little more foolish. Or at least be open to foolish ideas from others that after careful collaborative inquiry, prove to be not so foolish after all.”

We need to develop the technology of sensible foolishness; as educators we need to come up with the pillars that help engineers become a little more foolish. Or at least be open to foolish ideas from others that after careful collaborative inquiry, prove to be not so foolish after all. 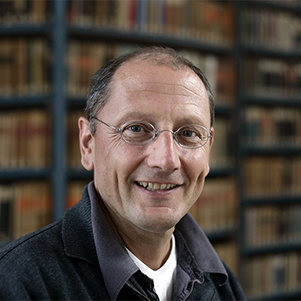 "There is nothing so practical as a good theory."

Professor Smulders' speech gives us a hint of the existing ingredients of the technology of foolishness, and how they will be made useful. More specifically, he speaks about how he will work with a team from the four technical universities of the Netherlands, financed by the 4TU Federation in a large four-year project.

Finally, Professor Smulders shows in his speech why we as a society encounter so many difficulties related to disruptive forms of innovation, why it takes so long and why so many initiatives fail. In fact, he wants to lay bare the proverbial invisible elephant in the room that he believes is responsible for making all those innovative endeavours so inconvenient, challenging, and sometimes painful. A fundamental flaw that has crept into our social system in an invisible way over time.