The Beijing Research Centre (BRC) is a research branch of TU Delft in China, dedicated to promoting research and education in Solid State Lighting (SSL) technologies and applications, as well as in Micro/Nanoelectronics.

Its home base, the Institute of Semiconductors (IoS)/Chinese Academy of Science, has both extensive expertise on these fields and the best research infrastructure in China. BRC is a combination of world-leading knowledge, infrastructure, industrial networks and eco-systems of both the Netherlands and China.

The signing ceremony of the cooperation agreement between TU Delft and IoS/Academy of Science was held on 11 May 2011 in Beijing. Professor H.D. Chen and Professor Li Shushen, both Deputy Directors of IoS and Professor Rob Fastenau, Dean of the Faculty of Electrical Engineering, Mathematics and Computer Science of TU Delft and Professor Kees Beenakker, director of the TU Delft-Beijing Research Centre signed the agreement. The Deputy Prime Minister of the Netherlands, Dr. Maxime Verhagen and the Vice President of the Chinese Academy of Science, Professor Yin Hejun were also present at the contract signature.

Solid State Lighting or LED lighting is a highly relevant area, not only on energy saving, but also on health, horticulture and industry; the liberation of light! The Solid State Lighting Research Centre is located in Beijing, China. The Centre will initially engage in research on Solid State Lighting, a highly energy-efficient technology that will be playing an ever-greater role in the coming decades.

The main reasons to start-up with a research centre on Solid State Lighting were the extremely high ambitions in China, for example the Open Innovation Centre, the excellent relations with the State Key Lab of the Chinese Academy of Science, Philips Eindhoven, Philips Research Asia and many other small and medium enterprises. In combination with the results of the excellent multidisciplinary and complementary knowledge and infrastructure at the TU Delft faculties and multidisciplinary research schools like Dimes, it was effective to start with this Research Centre.

The mission of the TU Delft Beijing Research Centre (BRC) is to be an international centre of excellence, dedicated to promoting research and education in Solid State Lighting technologies and applications, as well as in Photovoltaics and Micro/Nanoelectronics.

We envision BRC to be the ideal playground for young talents to develop, and the first choice of relevant international R&D institutions and leading companies looking for talents and R&D cooperation.

Within the research areas of Solid State Lighting and Photovoltaics there are several key competence areas and themes:

To develop complex systems which is composed of interconnected parts that as a whole can perform the specified functions, interoperability, updatability, maintenance and robustness. Research subjects are:
-          System architecture;
-          Interfaces (mechanical, thermal, electrical and optics);
-          System diagnostics;
-          Sensing, control and communication;
-          Multi-functional system simulation and optimization.

The supervisory board of the TU Delft Beijing Research Centre is led by chairmen Rob Fastenau and Jinmin Li, to be expanded with members of industry and academia. Permanent staff members are managing director Kees Beenakker, scientific director Guoqi Zhang and coordinator Sau Koh, who stays permanently in China. Internally a department of EWI with postdocs and PhD-researchers is involved with the Centre.

In 2012 the TU Delft Beijing Research Centre realised a joint innovation forum with a lot of match making and a short course for Chinese CEOs of small and medium enterprises. The Centre set up a memorandum of understanding for a Delft Research Centre (DRC) and a joint international summer school. This year there will be an international summer school for micro- and nanoelectronics. The Netherlands Organisation for Scientific Research (NWO) and the Chinese Ministry of Science and Technology (MoST) granted the Hé Programme, the Sino-Dutch partnership in research and innovation.

The Centre has started with seven PhDs and continues this year with several new PhD and Postdoc projects. All PhD’s are members of the TU Delft Graduate School. The students will be designed a tailored educational program. Universities nearby will have students attend lectures at low costs. English books are available for non-Chinese students if there are only local professors and Chinese lectures.

TU Delft has several partners in the field of Solid State Lighting in cooperation with Chinese and Dutch industries. See these partners for more information:

TU Delft’s research institute DIMES has an office in Delft for research into Solid State Lighting. 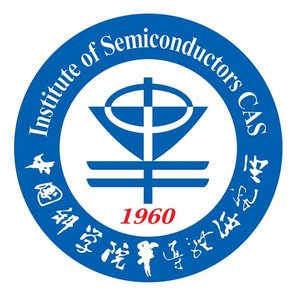