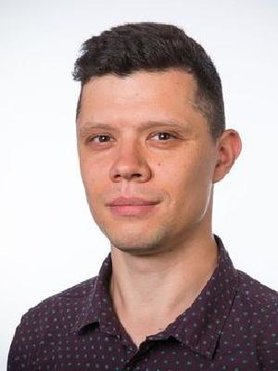 I graduated from Saint-Petersburg State University with MSc in Applied Mathematics in 2009, and did my PhD in Computer Science and Engineering at University of Aizu in 2011-2014. My early research focused on mathematical modeling of intermittent motor control in human operators. In 2015, I joined the Department of Psychology, National University of Ireland Galway, as Irish Research Council Postdoctoral Fellow to study response dynamics of decision making. In 2017, I returned to University of Aizu to investigate how decision making and motor behavior influence each other.

In June 2019, I joined TU Delft as a postdoc on the AiTech programme. Here I have been working on modeling human drivers' decision making during simple traffic interactions, and investigating how this understanding can help us to improve coordination between autonomous vehicles and human drivers.

In November 2020, I have started as a tenure-track Assistant Professor in Human-Robot Interaction at the Department of Cognitive Robotics, TU Delft. Read more about my current research here.

Originally coming from a technical background, I have always felt puzzled and fascinated by human behavior, so I am happy that as a researcher I have a chance to contribute to bridging the fields of cognitive science and robotics. I do this by developing cognitive models of human behavior in human-robot interactions, with an emphasis on automated driving. I also work in collaboration with some of the world’s best researchers in robotics and AI to incorporate these cognitive models into the design of robots and automated driving systems.