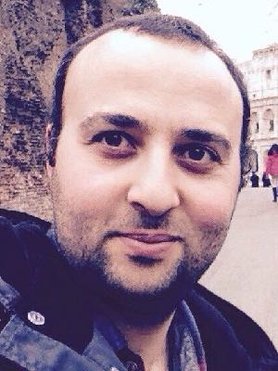 Mohamad Ghaffarian Niasar was born in Tehran, Iran, in 1984. He won silver medal in National Mathematical Olympiad in 2001, which so far he consider it as the most valuable achievement of his academic life. He received the B.Sc degree in electrical engineering from Iran University of Science and Technology, Tehran, Iran, in 2006 with the title of Insulation Coordination of 400 kV Substations. He ranked 6 in the national entrance exam of MSc Electrical Power Engineering in 2006. He obtained the M.Sc degree in Electrical Power Engineering from Sharif University of Technology, Tehran, Iran, in 2009 with the title of Online Monitoring of Power Transformers (in Persian). He started his PhD in KTH Royal institute of Technology, Stockholm , Sweden, in 2009. The first two years of his research was focused on characterization of partial discharge in insulation system consisting of oil and oil-impregnated paper.  He published his Licentiate thesis in 2012 with the title of Partial Discharge Signatures of Defects in Insulation Systems Consisting of Oil and Oil-Impregnated Paper. He spent the second half of his PhD work on understanding electrical aging of oil-impregnated paper. During his PhD he performed extensive experimental study on aging, partial discharges, and dielectric spectroscopy of oil-impregnated insulation system. He spent 6 months in University of Stuttgart, Germany,  as a guest researcher in 2014. He obtained his PhD with the title of  Mechanisms of Electrical Aging of Oil-impregnated Paper due to Partial Discharges, in 2015. He (together with his team) won the third prize in Prototyping and User Testing competition organized by KTH innovation centre in 2014. After finishing his PhD he worked as a researcher in KTH investigating breakdown phenomena in oil-filled cavities. He then moved to STRI, Ludvika, Sweden, where he worked as a senior engineer on projects related to high voltage engineering. He is currently a tenure track assistant professor at Delft University of Technology, in Electrical Sustainable Energy Department under DC system, Energy conversion & Storage research group. His main research interests are aging of insulation material, high frequency high power transformers, digital twin and Multiphysics modelling of electrical power components.