Requiring less water and less time to grow than rice, corn or wheat, potatoes may well be the answer to the growing worldwide demand for food. But what are the key factors that determine a successful potato harvest? Asked to provide a fresh perspective, Neil Budko develops numerical methods for the analysis of carefully controlled potato growth experiments.

A bit of potato fun

‘About ten years ago, I switched from electrical engineering to my current position,’ says Neil Budko, associate professor in the Numerical Analysis Group at TU Delft. ‘It was a shift towards research with a more direct practical application. I like that.’ His first exposure to agriculture was a quirky little assignment from a Dutch company specialized in seed potatoes. ‘We met at a yearly industrial-academic workshop where companies pose problems to a group of mathematicians, to be solved within a week. They wanted to know how to best cut potatoes into fries,’ he says. ‘It was a fun project, although scientifically not very challenging. After a few more of such projects, however, I realized there is something in seed potatoes that fits well with my background in inverse problems. That is a class of problems in which the outcome is known and where you want to determine the causal factors that produced this outcome.’

A meaty trick plant based deception for good

It’s a typical inverse problem - the observed vitality is the effect and now we want to determine its causes.

Potatoes are so-called stem tubers (see figure). A tuber is a storage organ for nutrients, grown by certain plant species to survive the winter or dry spells. Potato plants grow up to twenty of such underground tubers, to be used for consumption or for growing new plants. In the latter case, such a tuber is called a seed potato and it is planted at a depth of about twelve centimetres. It develops sprouts, which grow into stems that will eventually emerge from the ground. These stems develop leaves. The more (large) leaves they have, the more excess nutrients to be stored and the more potatoes to be harvested. ‘Many factors contribute to potato growth,’ Budko says. ‘The potato variety and its genetic constitution, for example, but also the weather, soil, growth and storage history of the seed tubers.’ Agronomists have spent decades building a model for growing an ideal potato, resulting in a very complicated equation. ‘This model provides a lot of understanding,’ Budko says, ‘but it doesn’t really work as there are no ideal potatoes. We were contacted by two seed potato companies to provide a fresh perspective on potato growth.’

Ideal models don’t work. They came to us for a fresh perspective on potato vitality.

The Flight to Vitality project

The soil in the north of the Netherlands is especially well-suited for growing seed potatoes. Farmers buy these seeds from the producers in order to grow potatoes for actual consumption. Both producers and farmers would like to know the vitality of seed potatoes prior to planting. ‘Vitality is defined as the proportion of seed potatoes that emerges from the soil and their uniformity of growth after emergence,’ Budko explains. ‘The current standard for determining their vitality is to pick a bunch of potatoes, put them in a bucket for a week, and see how many become rotten. You would think this methodology is easy to beat, but it is actually very hard to come up with a systematic procedure.’ This is what the Flight to Vitality project is about, which also involves the two seed potato companies and Utrecht University. ‘As the major contributor, we are responsible for all the math and data processing during the project.’

The current standard for determining potato vitality is to put them in a bucket for a week and see how many become rotten.

‘At the end of this project, we want to be able to just look at a batch of seed potatoes, measure the few aspects that we figured out to be important, and exactly tell you the batch’s vitality,’ Budko says. To determine these important aspects, the researchers designed a very broad search, focussing on the performance of six potato varieties in all kinds of conditions. Tubers were simultaneously planted in various countries and soils as well as in two custom-build climate-control rooms – a cold and a warm room, each having a dry and a wet section. For each batch of tubers, a lot of data are collected and stored: genetics, microbiomics, storage conditions, organic and inorganic constitution. Once planted detailed weather data are collected as well. Camera-equipped drones are used to monitor plant growth – when do they first appear above ground and how do they continue to develop. Acquisition of images at wavelengths outside the spectrum of visible light allows the researchers to also track changes in the biochemical composition of the plants. ‘It’s a typical inverse problem,’ Budko says. ‘We observe the measured vitality, and now we want to determine what caused these effects. We get thousands of signatures, each consisting of thousands of data points. Gigantic data matrices.’ 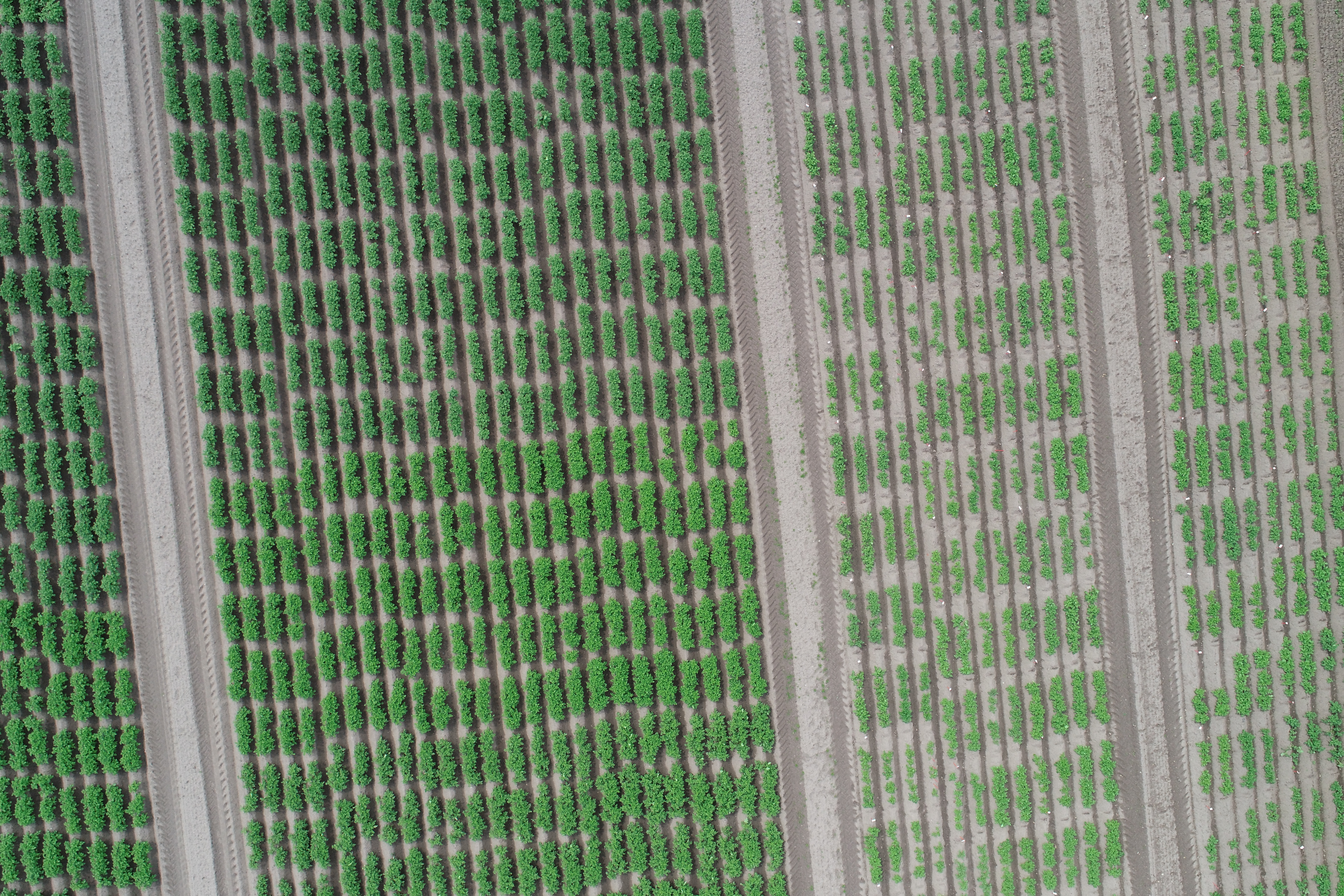 Back to natural intelligence

‘We can’t use an artificial neural network to analyse these data, as we do not have a classification problem but a so-called regression problem,’ Budko explains. ‘Artificial neural networks are extremely good at classifying things – pictures of cats and dogs, or CT-scans with or without cancer – and bad at telling you how they do that. We want to understand the relationships in the data, to determine the root causes of potato vitality. We will then perform additional experiments to validate the cause-effect relationships we have found. Furthermore, setting up and conducting experiments and collecting data is very expensive and we may never have a training set large enough for automated machine learning.’

Leaf it to the computer

Perhaps the most important aspect of the ongoing research is to measure the vitality of each batch of seed potatoes, in which Budko is assisted by his PhD Student Elisa Atza and his master’s student Martijn Bos. Taking drone images is standard industry practice. But rather than a one-time snapshot, the researchers want detailed growth information over a period of four to eight weeks. As each photo only covers a small section of the potato fields, they first need to be stitched together. They then need to align these aggregate pictures in space and in time, and also extract the growth information. ‘We are developing an approach to automatically determine the change between pictures,’ Budko says. ‘Not just the difference in the pixels, but the actual change in the size of the plants, in each of the leaves. How much have they grown in length, how much in width? Existing algorithms for such deformable image registration are not subtle enough. We had to develop our own algorithms, so as not to transform away any of the growth.’ The gigantic transformation process, involving hundreds of pictures each day and thousands of plants per picture, has to be automated. ‘Our computers run out of memory. We have some tricks up our sleeves, but it is not solved yet.’ 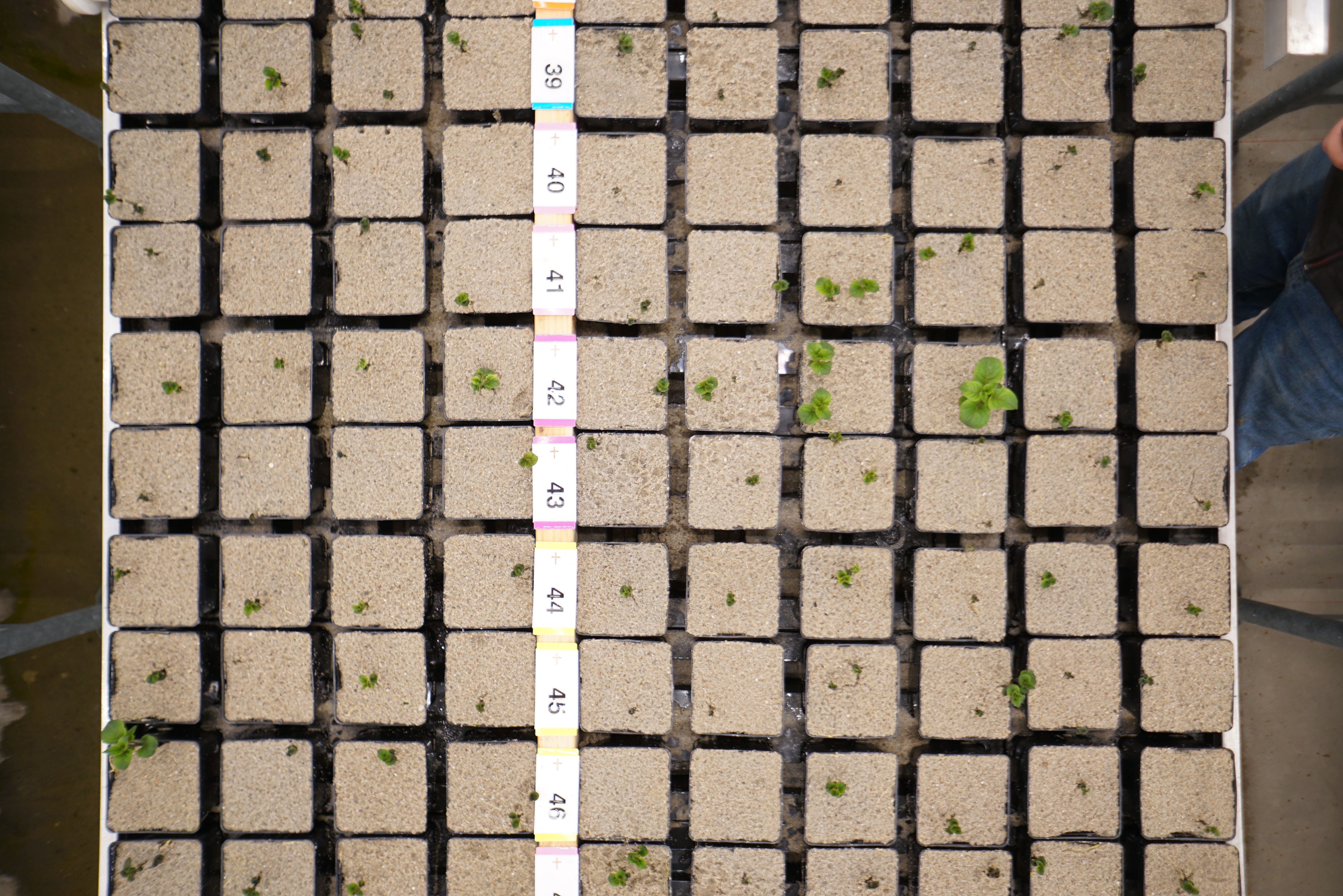 ‘Obviously, it will be the seed potato’s history and its chemical constitution that influence vitality,’ Budko says. ‘What we don’t know yet, however, is the relative importance of each of these factors. The exact proportions of specific organic and inorganic substances, for example. But potato vitality is starting to expose some of its secrets to us.’ Vitality and yield are related. If a plant has emerged and temperature and humidity are okay, it will inevitably produce potatoes. ‘That is why we focus on the first few weeks of plant growth,’ says Budko. ‘Maximizing production is not the goal of our project. But if we know what determines yield, and it is easy to control, why not?’

The Flight to Vitality project was already under way when Budko became aware of another longstanding problem in the root vegetables business. As all root vegetables grow underground, they need to be dug out for inspection – a wasteful and time-consuming procedure. ‘It reminded me of a project I worked on as an electrical engineer – detecting landmines with ground radar. I also remembered the limitations of that technique, so we had to come up with some other solution.’ Air temperature varies, with warmer temperatures during the day and colder temperatures at night. Budko and his bachelor student Marissa Bezemer modelled how this affects the temperature in the soil and saw a temperature wave moving down. They then added the potatoes to this model. ‘In soup, potatoes are always the hot bastards,’ Budko says. ‘They have a very high heat capacity, which leads to local distortions in the temperature wave. We ran the simulation for potatoes of various sizes and got a very cool movie.’ Budko now wants to put an array of temperature sensors into the ground, leaving it there for the whole growth season. ‘The company involved is very excited, as nobody can yet measure potato growth non-destructively.’

A meaty trick plant based deception for good 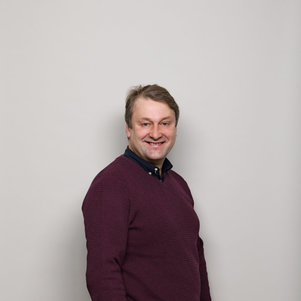