Glaciologist Harry Zekollari has climbed and researched many glaciers around the globe. At TU Delft he is currently working on the first ever multidimensional model to represent thousands of glaciers. The model will predict the response of glaciers to climate change more accurately and provide an insight into glacier melt worldwide.

Zekollari caught his first sight of a snowy Alpine mountain top as a toddler when he moved from Belgium to Italy. His fascination with the landscape never left him and now the glaciers he so admired as a child have become his field of research. Rising temperatures resulting from climate change are posing a serious threat to glaciers around the world, Zekollari says. ‘The ice is melting at an accelerating rate, particularly in the lower parts of the glaciers. There is not enough snowfall to compensate for it which makes it worse. It means that countries in for instance Central Asia and South America,  which depend on meltwater for drinking water or agriculture, are feeling the pinch. In some regions hydroelectric projects are glacier fed, and glaciers also contribute to tourism in popular winter sports destinations.’ 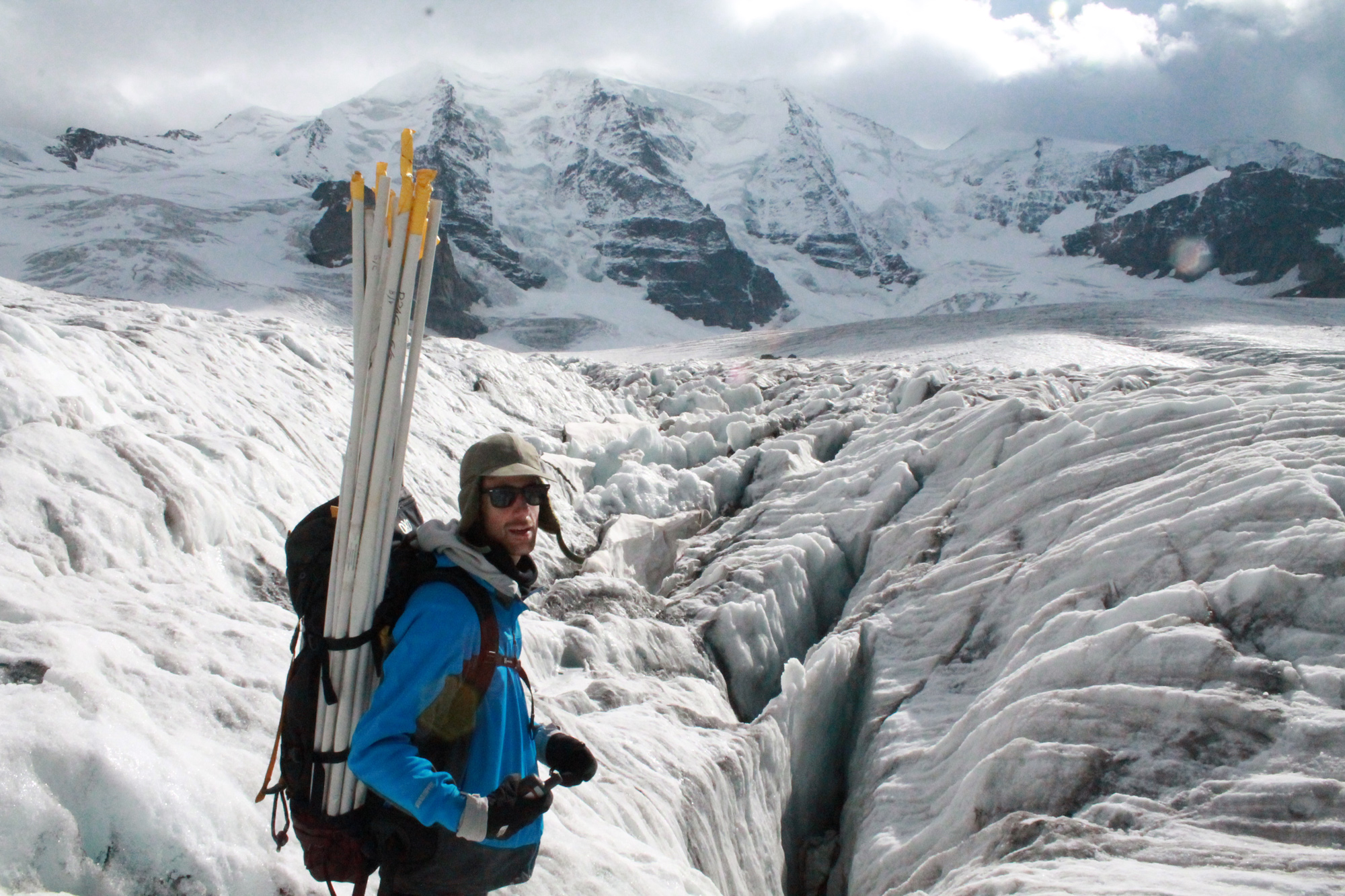 Melting glaciers are an important cause of rising sea levels. ‘If all glaciers were to melt sea levels would rise by about 30 to 40 centimetres. That may seem little but is not something our current coastal infrastructure would be able to cope with. It’s not much compared to the rise of 7 metres which would occur if the Greenland ice sheet were to melt, or the whopping 50 metre plus should the same thing happen to the Antarctic ice sheet but we mustn’t forget that ice sheets are better protected and react more slowly to climate change. The impact of melting glaciers on sea level rise is not to be overlooked!’

Glaciers of all shapes and sizes

The research Zekollari is currently conducting at TU Delft is pretty ambitious: his aim is to develop an ice dynamics model which can predict the reaction of all 200,000 glaciers in the world. ‘We know that glaciers are very slow to react to climate change. It may take dozens to hundreds of years for the impact to become clear. But the exact response time depends on a number of factors, such as size, slope, and the type of glacier. Not all glaciers are the same. In Alaska, for instance, they come down all the way to the ocean and in the Himalayas they can contain many rocks. There is a big difference in temperatures as well. In the Alps, glacier temperatures are around 0 degrees but around the polar regions that can drop to minus 30.’ 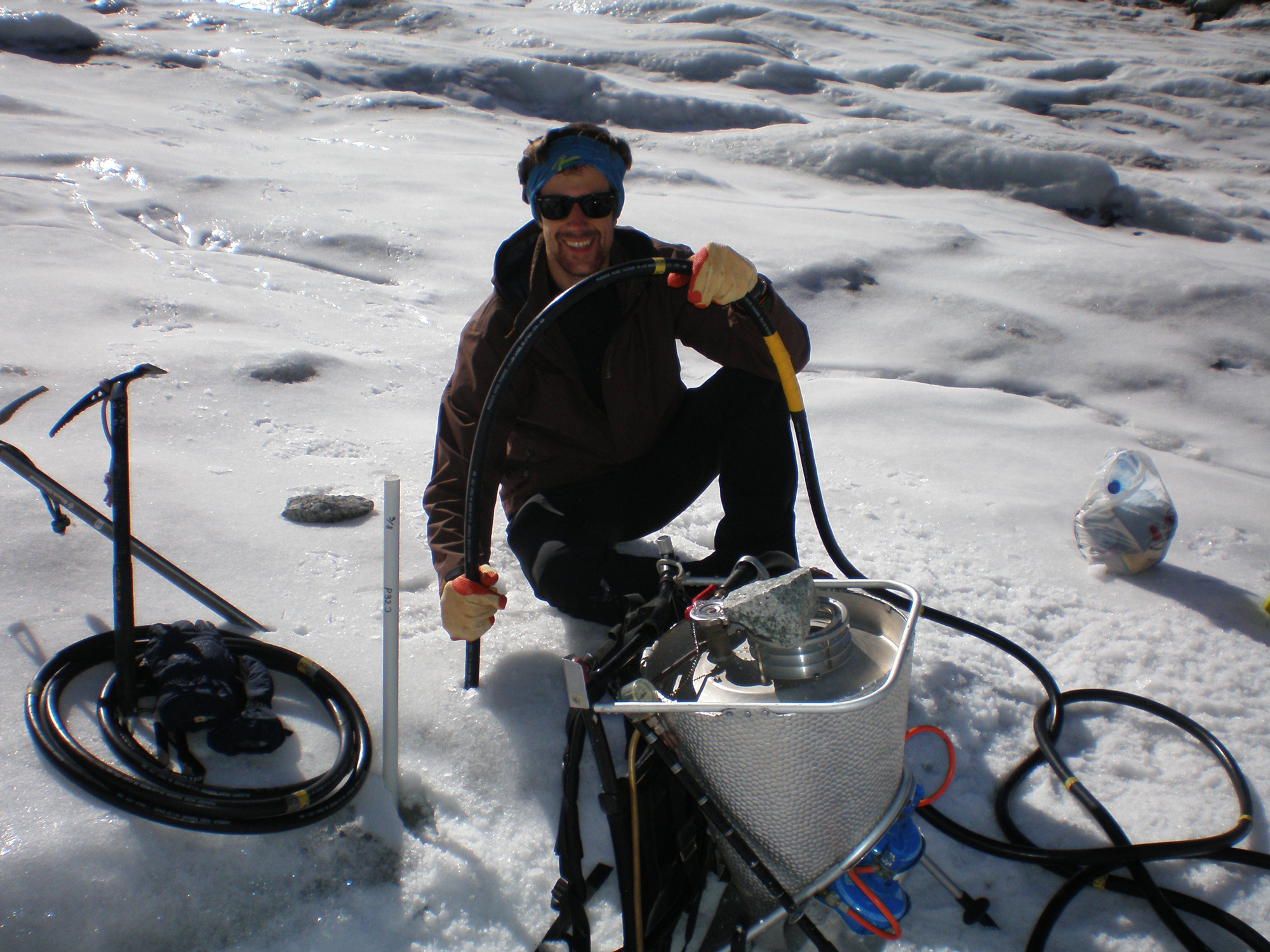 Glacier models are nothing new. Most are fairly simple, predicting how they will move, shrink or grow over a certain period of time. Zekollari’s model is the first of its kind to predict the response of all types of glacier in a multidimensional setting over a longer time span. ‘The simpler models do not take underlying factors into account, such as ice dynamics and gravity mechanisms. By adding these I’m making a model that is a bit more complex.  I’m moving glacier modelling up from from 1D to 2D. It’s impossible to carry out measurements at each and every glacier and to turn that data into accurate 3D models. That’s why I rely on satellite imaging. At TU Delft I work with satellite data experts Stef Lhermitte and Bert Wouters. They analyse the images and provide me with usable data.’

A lot of number crunching

Instead of feeling the crunch of the snow under his boots at very high altitudes Zekollari is most often to be found behind his laptop, crunching numbers. ‘I’m working on a numerical model with a code consisting of all kinds of data and numbers. That takes a lot of computational power. Fortunately, I have the use of some very smart computers. We also save time because we don’t have to study all 200,000 glaciers to predict sea level rise. Some 90% of all glacier ice is contained in less than 1 percent of all glaciers. So, based ona couple of hundred of the biggest glaciers we are able to create a near-comprehensive model.’

Early predictions of the future evolution of glaciers can speed up measures to prevent sea level rise, or improve water provision systems in countries which depend on meltwater. But, says Zekollari, it’s not for him to say what should be done with his findings. ‘I’m a scientist using data and insights to create the best models I can. It is up to policy makers to act on what the models are telling us. I’m not the one to sound the alarm but I do know the outlook is not promising. If we continue to emit the same amount of CO2, half of the Alpine glacier volume will have disappeared by 2050. And at the end of the century we could be left with only 5 percent. But if we get a move on with greening our energy, we could still save a substantial number of the glaciers we still have.’ 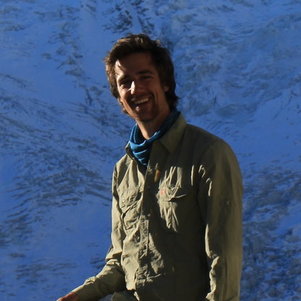 What is a glacier exactly?

'A glacier is a large, perennial mass of ice that originates on land and moves down the mountain slope under the influence of its own weight and gravity. During the warm summer months the water melts but in winter the glacier is 'topped up' by the falling snow. In a healthy climate the mass gain and the mass loss processes are in balance. There are some 200,000 glaciers worldwide. The large ice masses on Greenland and Antarctica are not glaciers but ice sheets.'