What makes a healthy residential neighbourhood? In recent times, this question has unsurprisingly gained relevance in both healthcare, and urban planning and design sectors. Can interdisciplinary research shed new light on the relation between housing conditions and vulnerability to pathogens such as SARS-CoV-2? Medical and architecture students from Leiden and Delft universities have made a promising start.

Leiden and Delft students team up to examine residential resilience

Students engaged in the globally oriented programmes initiated by the Faculty of Architecture at TU Delft (TUD-BK), Leiden University Medical Center (LUMC) and Leiden Centre for Applied Bioscience (LCAB) are usually encouraged to expand their horizons abroad. Originally Prof. dr. Maria Yakzdanbaksh from LUMC envisioned this course to take place in Jakarta, Indonesia, but due to the COVID-19 pandemic, course coordinators have resorted to education closer to home. In October and November 2021 students from all three institutions were asked to combine talents and efforts in order to assess housing and health conditions in two residential areas in the city of The Hague. The resulting pilot study was the first of its kind and provided a valuable experience for both students and mentors.

In the ten-week course, six mixed groups of students set about exploring and analysing two different local environments. Each group was made up of three architecture students and two medical students. “We pursue the master programme Global Housing”, says architecture student Willem Elskamp, “which is all about creating adequate and affordable housing. At this stage we should have been in Navi Mumbai, India, as part of our graduation studio, but of course we have had to adjust.” Elise van der Oost and Madeleine Waller are both medical minor students in Leiden. Madeleine was supposed to travel to Tanzania to work on a parasitology project but ended up inspecting living conditions in The Hague instead. “A completely different and, I’d like to add, very interesting experience because an architect’s consideration of a healthy environment is so unlike ours. Moreover, as a medical student you learn all about curing diseases but not that much about preventing them. So this study offered something of a fresh perspective.”

The introductory lectures on the impact of housing on health conditions and risks, infectious diseases in particular, provided the medical students with new, helpful insights. “I have never before considered the effect of the distance between houses on health”, says Elise, “or thought about the spatial relations between microbiomes – the communities of microorganisms present in various habitats – and their effects on humans.” Madeleine focused on outdoor and indoor air biodiversity. She adds: “I more or less assumed that an increasing degree of ventilation would make these more alike. But when we did our research I found that the literature is actually quite divided on that point. It seems we don’t know that much for certain about the effects of ventilation with regard to the spread of diseases. More in general, I found that evidence based research into the relation between lifestyle and the transfer of pathogens is actually hard to find.”

All six student groups were asked to focus on dwellings in two different neighbourhoods which, according to national statistics, show similar scores for liveability but different rates of infection on the COVID Radar, a national app for the monitoring of the epidemic developed by the LUMC. The architecture students established various spatial qualities on two scales: the buildings and the neighbourhoods. “We gathered data on everything from ground floor coverage and the amount of glass surface to building heights and urban density”, Tasos Antonopoulos explains. “We were also asked to visit the houses and interview the residents to gain information on their living conditions and the use of space.” They then visualised the data in architectural drawings to better grasp how housing design and urban planning might relate to health trends. It was the first time they were required to actually visit people at home and draw their houses, says Willem. “We just knocked on the door and asked the resident to volunteer.” Which was the case, fortunately enough. “Talking to residents has certainly made me more conscious of the user aspect of housing design.” 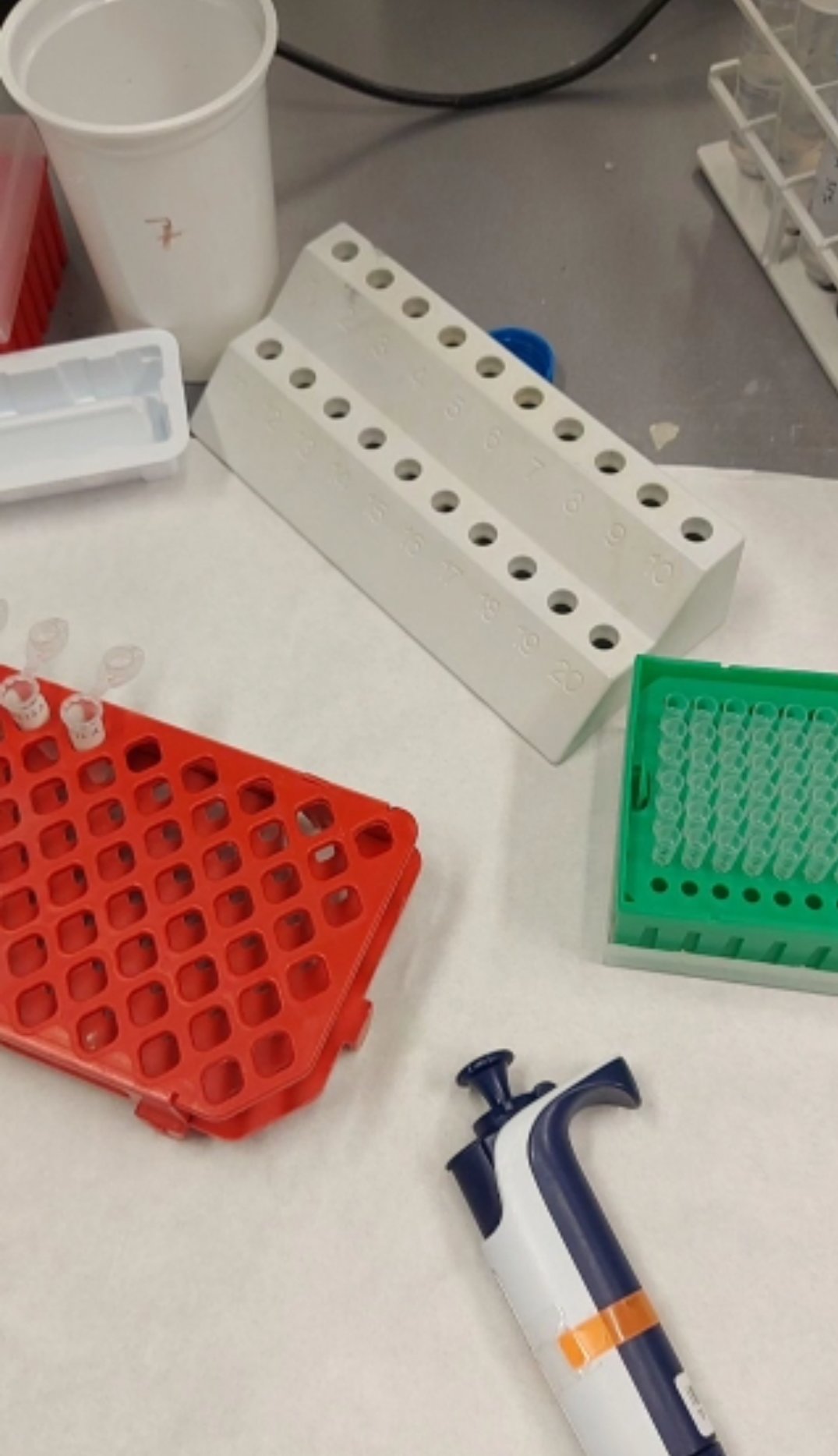 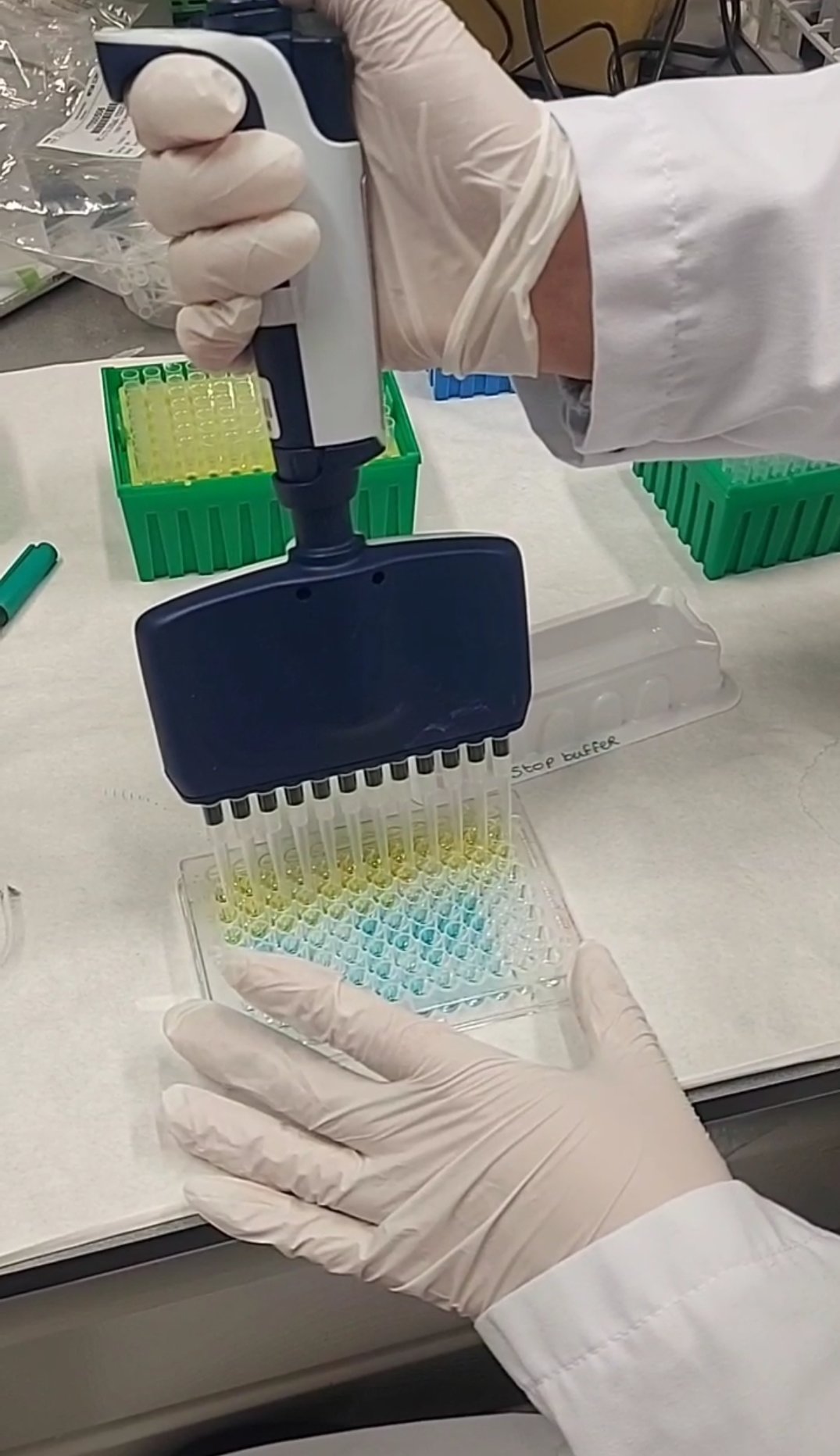 Correlating spatial and health data happened at the last stage of the pilot study. “Basically, we were able to draw a few hypothetical conclusions, partially grounded on prior knowledge”, architecture student Anthéa Karakoullis remarks. “For instance in one case the outdoor air biodiversity, as sampled by Madeleine and Elise, was quite high. This could be related to the outdoor space and built-up space ratio. The outdoor space being relatively large and containing plenty of green space, all of which is generally considered to constitute a healthy urban environment.” Getting to grips with each other’s working methods was more of a challenge, she confides, and part of the learning process. “As architects we like to observe the environment and visualise information, whereas Madeleine and Elise are used to statistics and spreadsheets. It took some time to learn how to interpret each other’s data. But we managed in the end.”

According to Elise, they took too few bacterial and fungal samples to come to any substantial and scientifically sound conclusions. “The study was more of a try-out, not a thorough research project.” Nevertheless, all agree that the way they went about collecting, comparing and trying to match different types of data on urban form and density, lifestyle and health can serve as a blueprint for future research efforts. Or, as Madeleine concludes: “We as students, but our mentors too, feel like we have entered unexplored territory. Quite exciting, really.” Both disciplines harbour so much knowledge required to create healthier living environments, Tasos elaborates. “Even without a pandemic raging on, combining medicine and urban design as science and practice makes a lot of sense.”

“We were able to go much further”

Nelson Mota is associate professor of Architecture at Delft University and one of the tutors of the Global Housing graduation studio. He believes the pilot has shown that there is more to be gained from cross-disciplinary collaboration. “As architectural design and research mentors, we often challenge the students to use the tools of our discipline to observe a certain reality and critically synthesize their observations. However, with this collaboration we were able to go much further, raising awareness and sensibility on the relations between biodiversity and the way space is shaped at different scales.” Fellow design mentor Harald Mooij mentions the different setting from the informal settlements and extremely market-driven developments that students encounter abroad. “It was interesting to explore ways to relate medical and environmental data to spatial qualities in less obvious conditions.” Each group used different research methods, from ethnographic research to spatial analysis, to medical analysis. Research mentor Vanessa Grossman (assistant professor of Architecture): “This pilot offered a great opportunity for the students to enhance their ability to designate interdisciplinary approaches, methodologies and strategies. This interdisciplinarity is key to understanding housing conditions as a basic component of public health, and to relating housing design to the improvement of the social and environmental performance of planning and urban design.”