More than nine million kilometres. That is the distance covered every year transporting Amsterdam's waste from source to its final destination, which is usually a waste processor. This is one of the insights gained from the monitor platform that has been developed in Delft, with which governments will soon be able to analyse and optimise their waste streams.

According to the goals formulated by central government in 2016, the Dutch economy is planned to become fully circular by 2050. "By doing so, the Netherlands will be a world leader," says Arnout Sabbe, researcher at the Chair of Environmental Technology and Design. "To achieve this ambitious goal, the economy will have to be half circular by 2030. That means that half of everything we use on a daily basis - from coffee cups to building materials - must consist of materials that have already had a previous life". These materials are still far too often incinerated as residual waste. Provincial and municipal authorities are required to implement this national objective. "We see that they are struggling. Where should we start, which materials do we have to focus on? And how do we assess whether policy measures and projects are genuinely effective?”.

Researchers are particularly enamoured of this sort of question. Sabbe and his colleagues enthusiastically set to work when the City of Amsterdam approached them last year. "Amsterdam wants to fulfil a pioneering role in achieving the ambitious Dutch goals, and has had a policy programme since 2016 which includes subsidy projects for businesses and citizens' initiatives," says Sabbe. "Now the city would like to know whether the investments of the past three years have actually had an impact.”

As always, “to measure is to know”. Fortunately, there is a lot of measuring going on in the field of waste. The National Waste Disclosure Office (Landelijk Meldpunt Afavalstoffen), a division of Rijkswaterstaat, keeps track of all data on waste flows throughout the Netherlands. "Companies are obliged to report the waste streams that they produce, on a monthly basis. This is sophisticated information. We know, for example, whether it concerns food waste, wooden beams or concrete mixed with glass, and by which waste processors it is collected, where it goes and what happens to it".

All waste materials produced in the Amsterdam Metropolitan Area, each colour shows a different economic sector and where it were processed in the Netherlands (2016).

This information is the basis for the new platform that has been by developed by Sabbe and his colleagues. "In the platform, developed on the basis of two H2020 projects, you can ask any questions you may have that are related to the circular economy. Questions such as: How much waste does the city of Amsterdam produce; which companies are responsible for the largest emissions and which materials that are currently incinerated have the greatest potential for reuse? The platform can answer such questions in an automatic, data-driven way," Sabbe explains. It has provided the municipality with some valuable new insights. "They had no data on the ratio between the amount of waste originated by households and businesses, the two largest sources of waste. We calculated this within the platform and had to conclude that 89 percent is originated by businesses."

All waste produced in the Amsterdam Metropolitan Area in 2016. 89% of all waste was produced by companies/industries (red color), only 11% is household waste (green color).

"This is surprising, as the focus is presently on the behaviour of the citizen. People are no longer allowed to use straws or plastic bags and have to sort their waste thoroughly. Yet this is only eleven percent of the total", he continues. "When we delved deeper, it turned out that 70 percent of all waste comes from only seven percent of companies. On the basis of this information, the municipality can now focus on these specific companies when developing new projects". This is also an advantage for companies: "Companies now have to pay to have their waste processed, it has to be collected and waste processing facilities have to be in operation. This can be very expensive. It's even worse when waste is exported to cut costs. Of course, not every type of waste has equal potential, but our analyses show that at least 22 percent of all waste could be directly reused in a circular economy.”

Sabbe has a pertinent example: "We were approached by a coffee roaster who imports many tons of coffee beans and was looking for a new solution for residual products because of the Corona crisis. When coffee is roasted, a husk is released that is wrapped around the beans, similar to a peanut. Now, the coffee husks are burnt as waste. Even though the husks have a high calorific value, this not the best way to use them," he says. The solution turns out to be close to home. "In the data we found a company that makes laminate flooring. Normally they import wood for this purpose, but their international trade routes have also been disrupted by the crisis. Now we're looking at different solutions together, involving the use of the coffee husks as wood pulp.”

This is the quintessence of the circular economy: an economic system whereby you earn money with your waste instead of having to pay for it. This is the new world we have to aim for in these times of climate change, because our material sources are finite. The most intelligent solutions are to be found at a local level. It can be cheaper for companies and is much more sustainable. A company needs to have insight into what the company around the corner is doing. This level of information sharing has not been possible until now.

Now that this data can be shared, how do we move from data to solutions? "That is the power of algorithms and machine learning," says Sabbe. "As researchers, we were able to identify the coffee husks example as an interesting match. An algorithm can extrapolate this conclusion for other companies that have similar waste streams". Even without such perfect matches, the information from the platform can form the basis for new initiatives. "Something else we found is that in Amsterdam, more than nine million kilometres are driven each year to transport the waste produced in the city. This is a practical insight for the municipality to get to grips with. Maybe these transport movements can be made more efficient, or planned at other times in order to cause fewer traffic jams".

Impact of all the waste produced in the Amsterdam Metropolitan Area on the Dutch road network. For each part of the road network, one can see how much CO2 was emitted by waste transport in the year 2016.

Last year, the request for help from the City of Amsterdam seamlessly matched the chair’s current research programme. "We have been working on the circular economy for a number of years, including two major European H2020 research projects: REPAiR and Cinderela. Within REPAir we developed a Geodesign Decision Support Environment tool to generate circular strategies and validate their sustainability; within Cinderela we are looking at the potential of construction and demolition waste streams to set up new business models around this data Both projects have laid the foundation for the geoFluxus the foundation for geoFluxus, the spin-off company that we set up for our platform together with PhD colleague Rusne Sileryte. It's a three-pronged approach," says Sabbe. " Scientific research is not always translated into a practical application. This is a great example of how we can use it to do something very concrete and useful, working together with companies and governments".

Sabbe was triggered to start thinking about the circular economy during his work as an urban planner. "I have worked on major urban development projects all over the world. At one point I thought: I am now working on billion-dollar projects, but what is the measurable effect on the climate and on society? Does it bring anything good for the world?" he recalls. "Architecture is still a rather analogous world, whereas we live in a world where data is available everywhere, even if it is now mainly used for commercial purposes. That's how I came up with the idea of doing research into how we can deal more sustainably with all those thousands of tons of waste materials".

As far as he is concerned, the platform should be used for initiatives on a global scale. "You'll hear about projects where they make coffee mugs or fake leather from fruit waste. You may wonder how efficient this is, because a lot of energy is often needed for these production processes. And in view of the challenges we face, it's high time to tackle things on a systemic level," says Sabbe. "Let's see where we can achieve the greatest possible savings on CO2 emissions and how we can reduce the transportation kilometres of waste as much as possible. In doing so, the platform can serve as a policy instrument: to help decide which projects will receive subsidies and to test whether a particular collaboration with companies has actually led to a reduction in CO2 and nitrogen emissions". 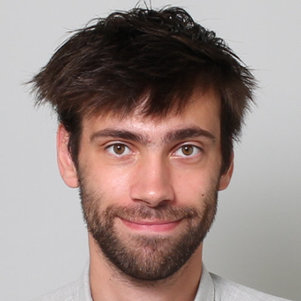