Developing technology for the terahertz region of the electromagnetic spectrum used to be a very expensive hobby, only pursued by space exploration scientists and the military. Maria Alonso-delPino uses advances in silicon chip technology to open up a whole universe of more worldly applications – enjoying the fundamental challenges that still need to be addressed.

In our daily lives, we are surrounded by technology utilizing microwaves and visible light. Think of Wi-Fi and and your microwave oven and, for visible light, your flat screen TV and cell phone camera. Falling right in between microwaves and visible light, the terahertz frequency band still faces many technological limitations that prevent its wide-spread application. Sources of this radiation are not powerful enough, detectors not sensitive enough and either of them not compact enough. ‘It has led to what is called the terahertz technology gap,’ says Maria Alonso-delPino. ‘Over the last few years, however, cheap and mass producible silicon technology has opened up new applications for terahertz radiation; autonomous cars, medical imaging, ever faster wireless communications, anything that was not viable previously because of cost.’ As an assistant professor in the Terahertz Sensing group at the Department of Microelectronics, she uses her expertise in electromagnetics and system design to help fill this terahertz technology gap. ‘I enjoy being involved in the very early stages of these breakthrough developments,’ she says. ‘I closely collaborate with researchers from the electronics group and other disciplines to build proof-of-concepts of solutions that can benefit society as a whole.’

In her research, Alonso-delPino focusses on the hardware side, designing high-frequency front-end radiating systems and how these are interfaced to the electronics that are further down the line. Many of the challenges she faced when designing state-of-the-art technology and instrumentation for space science at the NASA Jet Propulsion Laboratory still hold true. ‘The common theme for all terahertz technology is that it has to have low-power consumption, low weight and be small,’ she says. ‘But now it also has to be low cost and preferably have new capabilities such as the ability to handle multiple frequencies and be able to steer the radiated beam. And, it should preferably consist of multiple pixels.’

Terahertz technology no longer is a very expensive hobby, only pursued by space exploration scientists and the military. 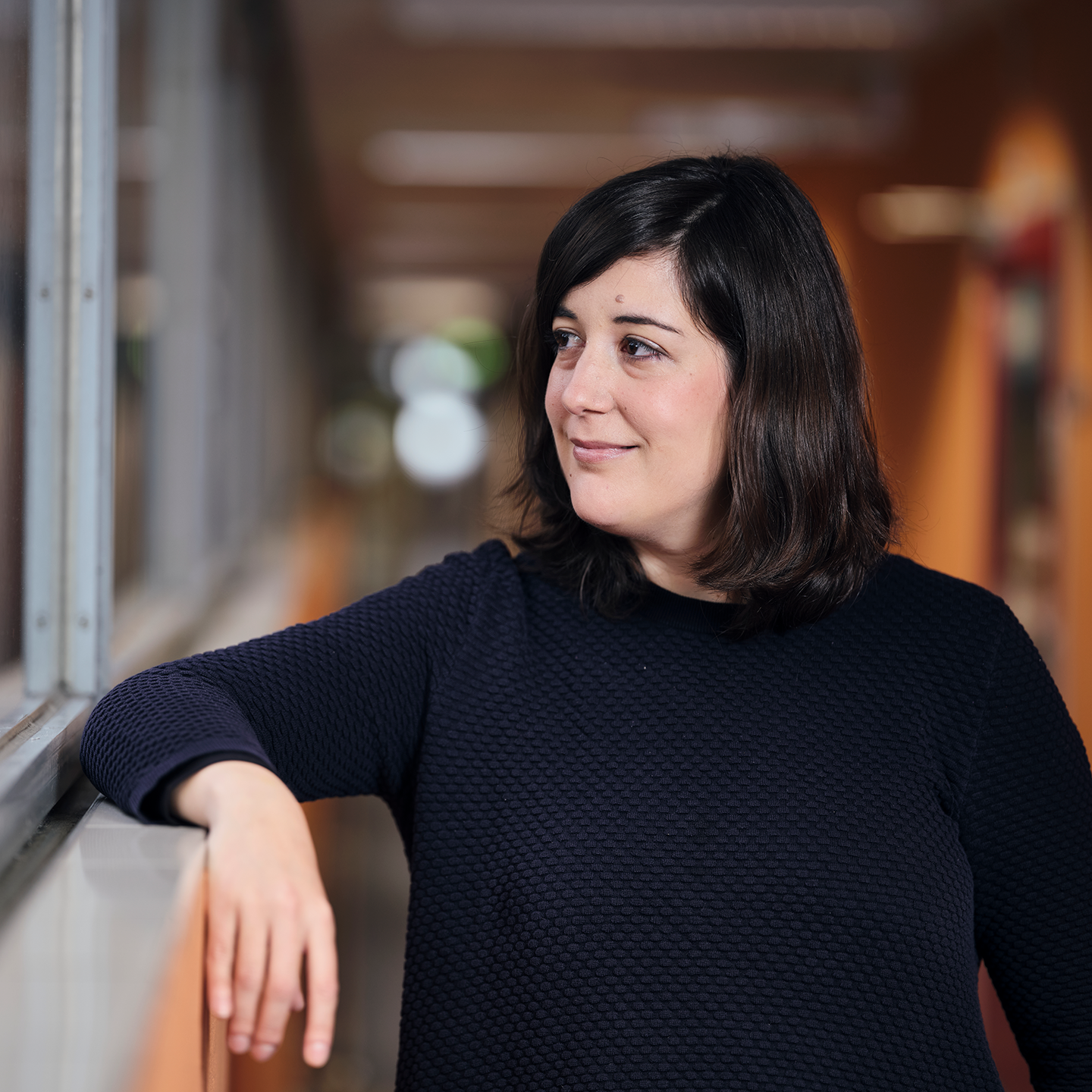 One area where Alonso-delPino is eager to apply her skills and let terahertz technology shine is wireless communication. Especially in crowded places – a soccer stadium or an open-air festival accommodating tens of thousands of people – the much-hyped 5G will never be able to provide most people with a good, or any signal. ‘We want to solve this using what we call beyond-5G technology,’ she says. ‘In the Fly’s Eye Project, we use much higher frequencies, allowing much higher data transfer rates as well as a substantial reduction in radiated power.’ At just over half a meter in diameter, the Fly’s Eye will hang in the middle of the stadium, covered in passport-photo-sized “eyes”, much like the compound eye of a fly. Each eye consists of a bunch of terahertz transmitters, receivers and a lens – their wide-angle beams overlapping to cover the entire stadium. ‘I am building the antenna-systems for each of these little eyes,’ Alonso-delPino says. ‘We also have to make it into an integrated and scalable system. Our goal, in a few years’ time, is to demonstrate a proof-of-concept in the TU Delft Aula.’

The common theme for all terahertz technology is that it has to have low-power consumption, low weight and be small. 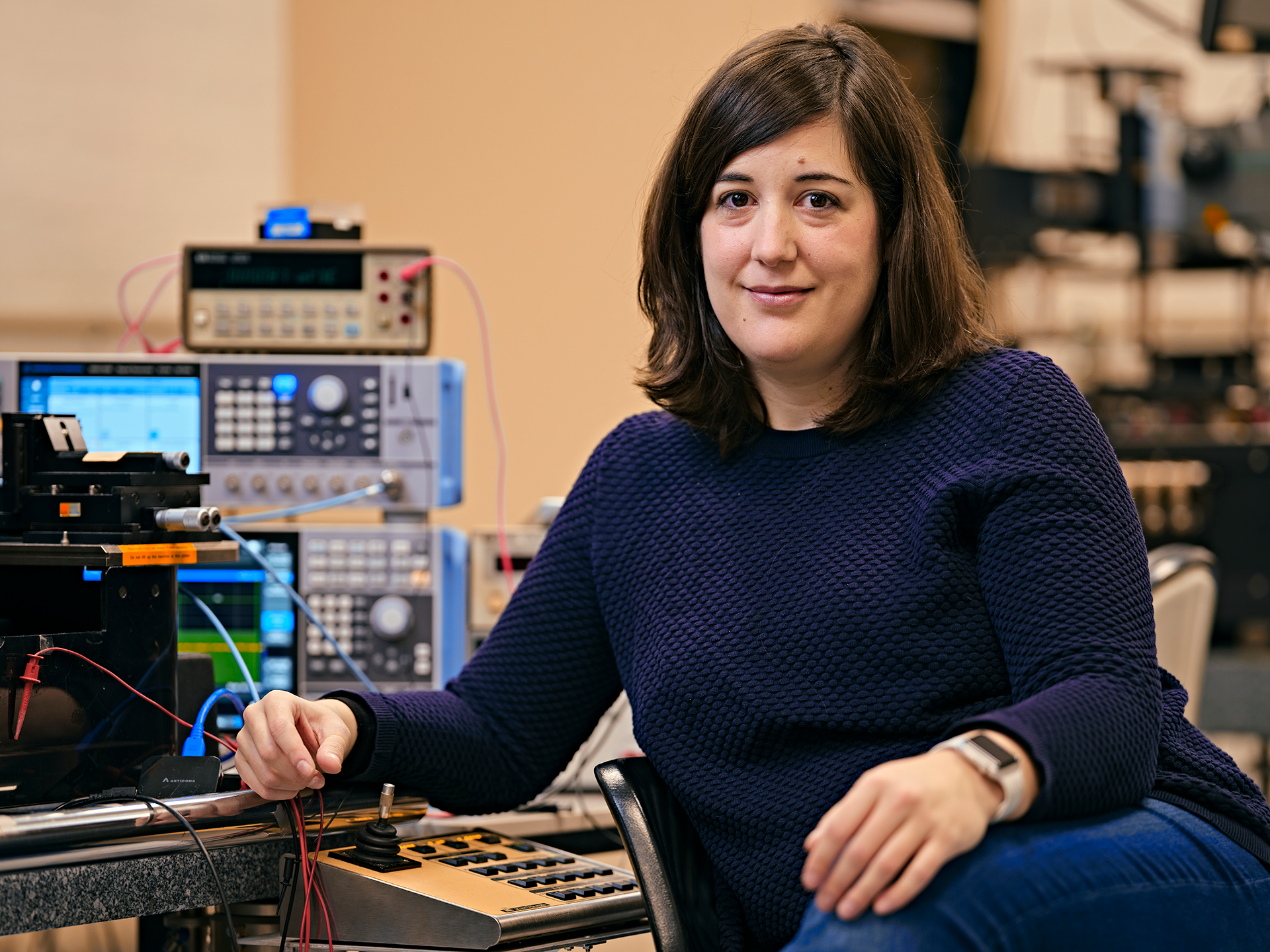 Imaging is another application where terahertz radiation may be able to outshine, or at the least complement, existing technology. When it comes to imaging outside of the visible spectrum, we, as a society, are already quite familiar with the use of x-rays and infrared radiation. But x-rays are ionizing and therefore potentially harmful. And, compared to infrared imaging, terahertz radiation has the advantage that it can easily pass through certain materials, including clothes and even the first layers of the skin. This makes it very suitable for security applications and for certain medical diagnostics. ‘Microwaves can pass through materials even more easily,’ Alonso-delPino says, ‘but their much larger wavelength means that you lose out in resolution. Terahertz is the compromise between resolution and transparency.’ Put simply, a doctor may not be able to properly identify a skin cancer with pixels the size of a Tic Tac. Within the TiCam project, Alonso-delPino and colleagues would like to build a high-resolution camera at terahertz frequencies. One of the major challenges is for the camera to have a high-enough sensitivity to image just the radiation emitted by a person or an object – meaning that it doesn’t require an external source for illumination. Alonso-delPino: ‘Initial steps at TU Delft resulted in a single pixel, created using standard silicon chip technology. Right now, we want to take the first images, using a mannequin. Our ultimate goal is for the camera to have a thousand pixels, allowing very fast thermal imaging through objects.’ 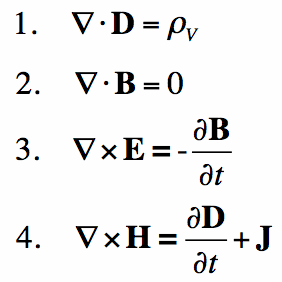 The much higher data transfer rates of beyond-5G technology will allow an entire soccer stadium to live-stream the match in Full HD.

Once new technology has become a part of our daily lives, it is easy to forget that its development took some time. But digital cameras didn’t arrive overnight, and it took twenty years to build a microwave oven that was affordable and that fit into a kitchen. The same holds true for terahertz technology. After proof-of-concept by Alonso-delPino and her colleagues, industry needs to pick up on these ideas and develop them into fully fledged products. It is impossible to predict how long this will take. But when, at some future moment, you can live-stream Full-HD video from anywhere at anytime, you will know that the terahertz technology gap has been closed. 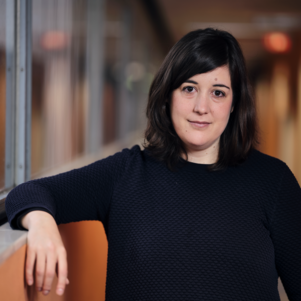