At any given moment, several hundred children in the Netherlands are lying in hospital beds, undergoing cancer treatment; around the world, that number is in the millions. Treatment can last for months and, even when a child’s treatment comes to an end, there are the follow up visits, which go on for a further three years on average. Children undergoing cancer treatment lose out on a lot, from attending school to playing sports. Boudewijn Boon, who just completed his PhD at the Faculty of Industrial Design Engineering, developed a framework in his thesis to help these children with something else they miss out on: play.

“I was a complete outsider to this field,” said Boon, who had earned his bachelor’s degree in product design and his master’s degree in industrial ecology. Assistant Professor Marco Rozendaal at Delft’s Faculty of Industrial Design Engineering had an opening for a PhD researcher on an existing project, Meedoen=Groeien!, which means ‘participation equals growing’; a collaboration between the Princess Máxima Centre for Paediatric Oncology, HandicapNL and TU Delft to support the development of children with cancer or other chronic diseases.

“My initial brief was very open,” says Boon. He was supposed to design an interactive product that would encourage physical activity in children who had been diagnosed with cancer. That left him with a lot of directions that he could go in.

There are plenty of play spaces in children’s hospitals, but most of them are limited to a single area and contain toys that have a clear purpose or rules. “You have toy cars, for example, and that is what they are,” says Boon. What he wanted was to give the children more opportunities to be creative.

Further, many toys are designed to use children’s fine motor skills, such as placing shapes into corresponding holes. But children undergoing cancer treatment are often lacking opportunities to move when they feel healthy enough to do so. They can’t just go outside and run around. Boon was surprised to discover that although there are times when children undergoing treatment simply don’t have the energy to play, it is often the case that they do - even if it’s for a shorter spell than children who are in good health.

The first step was to understand just how young children play. “If children are in the woods and they find a stick, they do all sorts of things with it: use it as a sword, build something with it, drag it along. That’s what we wanted to replicate,” says Boon. Inspired by that, he eventually settled on three qualities: such play is unstructured and spontaneous, involves the full body and covers different physical spaces. His thesis, titled ‘Playscapes’, provides guidance for designers to encourage physical activity in young children and its applicability extends beyond hospitals to schools, parks and homes.

A robot ball and a soft stick

He would eventually develop two products: Fizzy and Stickz. The first is a robotic ball that wiggles, purrs and rolls away while the second are soft, branched-shaped objects that can be used for building, dragging or carrying.

Boon was able to test both Fizzy and Stickz at the Princess Máxima Center for Pediatric Oncology, as well as having the opportunity for some early pilot testing. “My girlfriend is a primary school teacher, so I was also able to let her students try them out,” he says. He also let his nieces use the prototypes, who gave their uncle’s work good reviews. 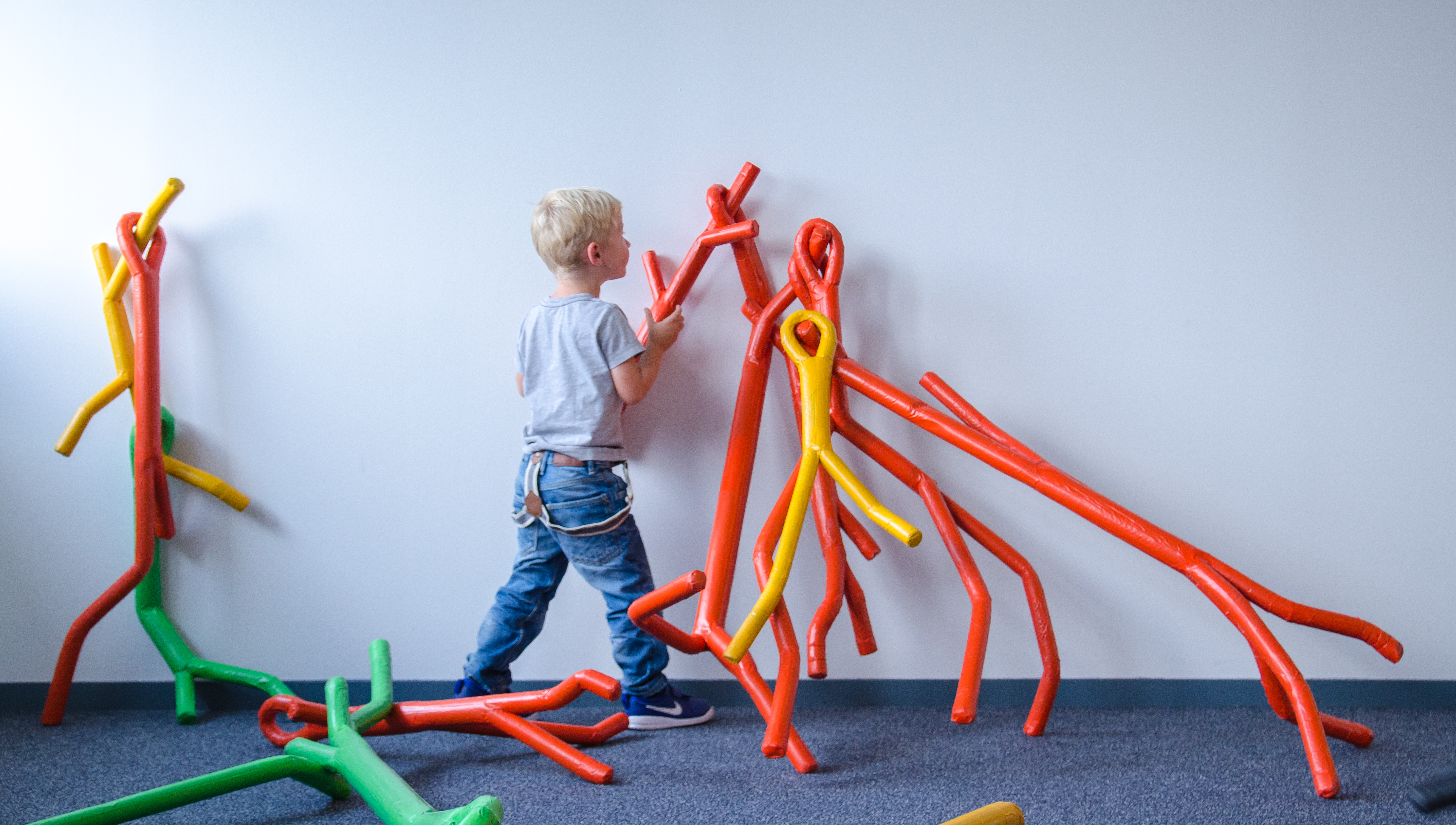 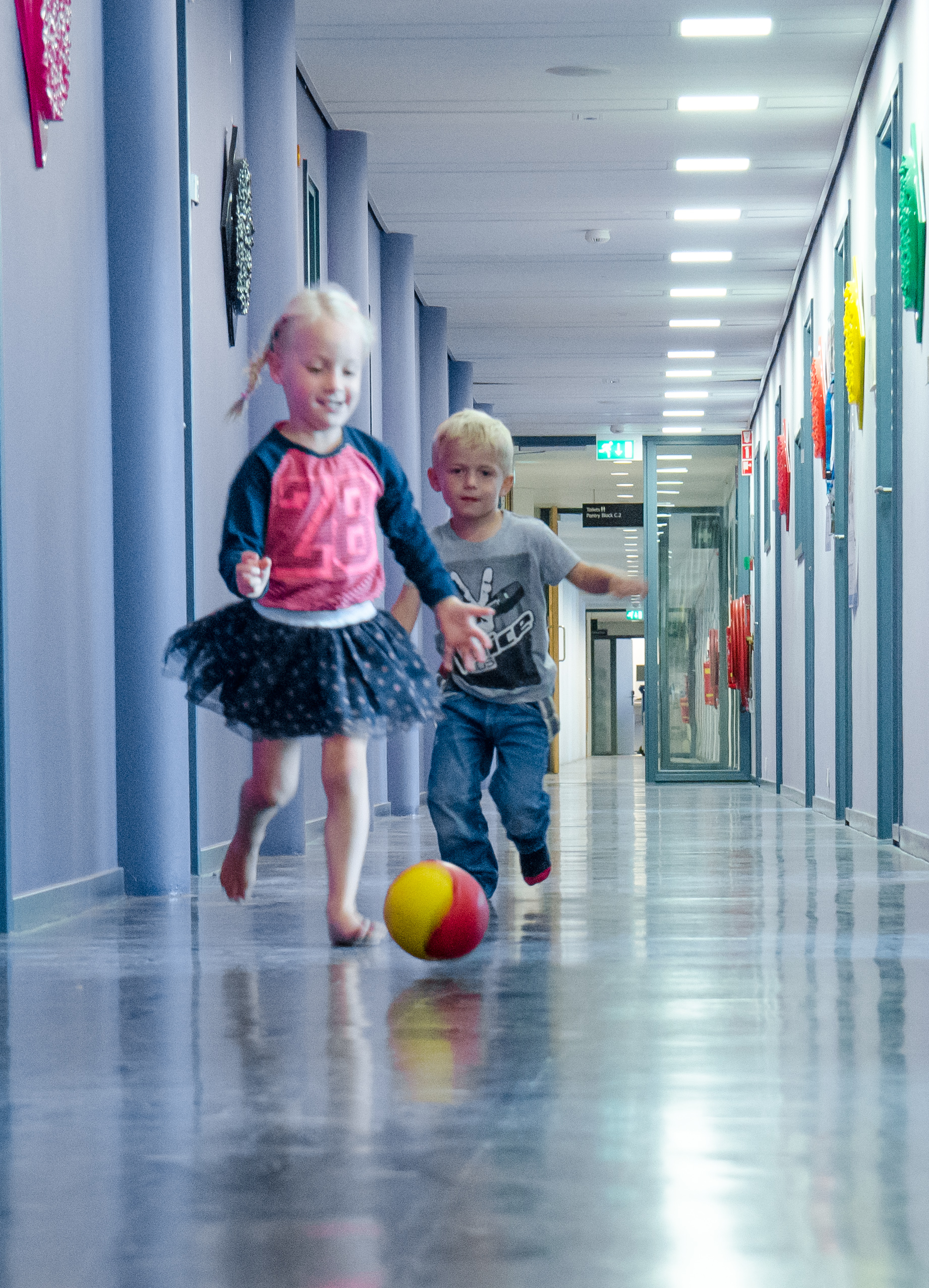 Both Fizzy and Stickz seem as though they may be destined for production. Two former TU students have formed a startup that is looking to bring Fizzy to the market, while Boon himself is also trying to find a way to develop Stickz further, together with other researchers and a design agency in Delft.

Boon, meanwhile, has taken another turn in his career. After moving from sustainability into interaction design for his PhD, he’s now working on a project to promote healthy lifestyles. “I’ve moved around a bit,” he says, laughing.

Regardless of his research focus, Boon’s motivation has always been to help people make changes in their lives, regardless of the context. “I try to achieve this by integrating design in my research approach, not only to generate knowledge but also to create solutions that can positively contribute to the real-world contexts,” he says.

This is a story of the Faculty of Industrial Design Engineering

The summary of his PhD thesis