Over time, norms and values change. When the internet was first developed, the idea was that all the information that was posted should be kept so that nothing would be lost. At the time, that was an important value. Nowadays, though, we want to give internet users the right to be forgotten, but the system is not geared up to doing this. How do you deal with this discrepancy? These kind of questions are tackled by Ibo van de Poel in his ERC project, in which he and his team are working on a philosophical theory on value change. Ibo van de Poel: “The aim is to create a theory of value change that helps designers develop technical systems that can deal with changing values.”

Socio-technical systems, which consists of human and technical components, are developed according to the norms and values current at that time. In practice, we know that there comes a point when these kinds of systems, which are often in use for years, no longer match changing values. “Our research looks at how these systems can have dynamic designs; more specifically we're examining energy systems and robots and artificial intelligence,” explains Van de Poel.

When our present energy system was developed, there was little interest in sustainability, but that is now an increasingly important value. What is more, the systems were set up in a centralised way, whereas now self-sufficiency is making more and more headway as a value. This can be seen, for instance, in initiatives where neighbourhoods are going ‘off the grid’. The energy infrastructure we currently work with is just not geared up to this. Will this mean the whole system will have to be changed or will the ‘new’ values be able to be fitted into the ‘old’ system? Van de Poel: “Of course, it would be really great if we could set these kinds of systems up in a flexible kind of way, allowing them to change with the times. At the same time, this raises the question: how do you create space for changing values? And are there values that are unchanging, which shouldn't be altered, for example, in the case DNA technology whose constant progress is making humankind ever more able to be ‘manufactured'?” The ERC research deals with these kinds of complex issues.

Although the research is theory-based, the group of academics also carries out empirical work. For example, they compare newspaper reports from different periods to see how values change over time. Research is also done into whether or not a value is embedded in technology, that is, already in the design, or whether a value is actually created or increases in importance when the technology starts being used. “The latter is the case with the ‘energy justice’ value, which is about the fair division of costs and benefits involved in energy projects. This is becoming increasingly more relevant now that neighbourhoods, for the most part made up of highly educated residents, are providing for their own energy requirements themselves,” Van de Poel argues.

What makes this research unique is that two things are linked: on the one hand, value-sensitive design and, on the other, value change induced by technological developments. “We will use the new theory that we're developing to help other scientists design technical systems and products which are better suited to the future,” Van de Poel believes. 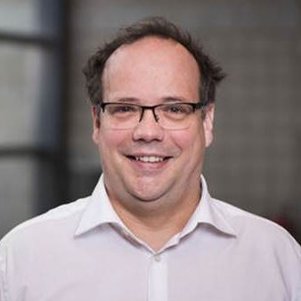 We almost lost him to history