What do you do when the coronavirus crisis brings your student project to a halt? For Eco-Runner Team Manager Antonios Kouzelis it was an easy decision: arrange an alternative! Besides which he and two friends also set up the website kiezeninquarantaine.nl (choosing while in quarantine), just like that...

‘Delft students and the Eco-Runner Team have been participating in the annual Shell Eco-marathon since 2005. This is a competition centred on energy efficiency, not speed’, we hear from Antonios Kouzelis, Team Manager of the Eco-Runner student team for the past academic year.
‘In 2006, we choose to go with hydrogen technology in the Eco-Runner. This put Delft in the prototype class, and that’s where we’ve stayed through the years. At the start of my year, we wanted to do something different – we set ourselves a new challenge: this time, we decided to go for a vehicle that looks more like a city car. This meant that we would be participating in the Urban Concept class in the Shell Eco-marathon in May. In this class, the driver sits upright in the car, and the car has headlights, exterior mirrors, a luggage compartment, etc. All in all, this is a more realistic car than the previous Eco-Runners’, says Kouzelis, who started a Master’s degree programme in Sustainable Energy Technology in September.

‘This competition is not about speed but efficiency; the car only goes at about 25 kilometres an hour. Besides this, the car must come to a complete standstill after every lap. And partly because it was the first time the Eco-Runner Team was building a car like this, the budget was a lot larger.’
‘The intention is that the team builds the vehicle quite autonomously during the year. Contacts with companies are important in this regard. You present your project to companies and ask them for sponsorship. So you and a few teammates put on your best suits and pay the company a visit. This went very well: we managed to secure double last year’s budget, which is just as well as we needed it.’
‘The design phase of the vehicle was over by February, and we were ready to actually start building the car. This normally takes place in the D:DREAM Hall in Delft – you receive training on how to work with the equipment there and then you start building the various vehicle components. We could already see all 26 of us travelling to London to take on the other 140 teams from all corners of Europe. As a matter of interest: Delft almost always ends in the top three.’

We could already see all 26 of us travelling to London

And then coronavirus broke loose. At the time of the initial coronavirus outbreak in China, the team had already had a few discussions; what would happen if the crisis spread to the Netherlands? And what would we do if the D:DREAM Hall were closed? We had already decided to try and find another location; after all, we had a responsibility toward our sponsors. In the meantime, coronavirus was creeping steadily closer. It reached the southern provinces, and suddenly we received word that the D:DREAM Hall would be closing.’
‘Initially I wasn’t sure what we should do, but ultimately we decided to move all our stuff from the D:DREAM Hall to the new location we had found in the meantime.’
‘Working there all together wasn’t safe, though. The chief engineer approached the twelve other engineers and they discussed which of them would be able to go into quarantine. A number of them stayed at home voluntarily, maintaining only minimal contact with other people. The chief engineer didn’t even see his girlfriend during this time.’
‘After two weeks of voluntary quarantine, we resumed the further development work in pairs. We were all convinced that the product was still alive. For me, it was a very odd time. From home I tried to encourage everyone to keep going via Skype, and every week I sent out a PDF document giving a status update.’
‘It was then that we got word from Shell that the competition had been cancelled. This was rather a blow to us. I had to go back to the sponsors to explain that Eco-Runner X would not be participating in the Eco-marathon. We decided that we would give them something after all, and, in July, we succeeded magnificently.’ 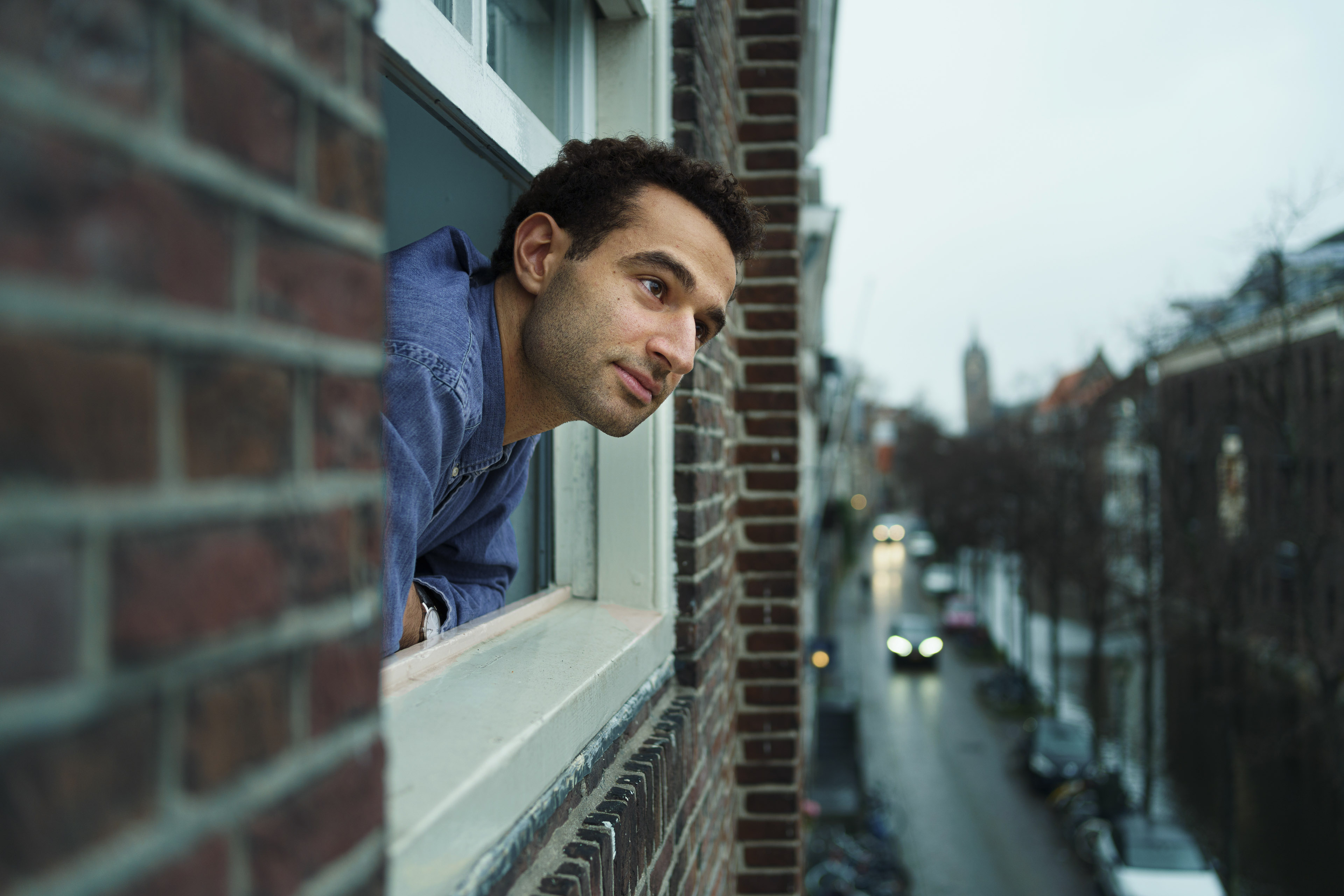 Before that, there was an interesting little intermezzo for Kouzelis... ‘In the period around the end of March, beginning of April, I spent most of my time at home. The new situation meant that I had time on my hands. I sent out status updates, but not much more than that.’
‘A friend of mine, Joost, who was also a member of the Eco-Runner team, phoned to ask whether I might have something he could work on. I knew he had surplus energy. Not long afterwards, I saw the first posts by students offering to help prospective students with their study choice. after all, the usual channels were not open to them due to the coronavirus crisis. I also noticed posts by friends and family, on LinkedIn for example, offering assistance to prospective students: ‘If you have questions about a particular degree programme, ask me.’
‘A housemate of mine, Pieter, came to me one evening and asked whether I had noticed the phenomenon. He had noticed that everyone wanted to help, but the fact was that you do not reach prospective students through LinkedIn. Wouldn’t it be a good idea if we built a platform specifically for this?’

Life had ground to a halt, and we started building our platform like people possessed

‘Initially I rejected the idea; after all, I still had the Eco-Runner to attend to. I went to bed. And then, I remember it clearly, I woke up in the middle of the night. This platform really was a good idea and it didn’t even sound like such a difficult thing to do. I texted Pieter that very night that we should just do it. As I walked into his room the following morning, we said to each other: “Let’s go!”’

‘We sat down for about an hour to consider how we would approach it. We soon came to the conclusion that it would be too much work for just the two of us. We needed someone to join us, and I immediately thought of Joost, whose qualities I knew from working with him on the Eco-Runner Team. It was he who had managed to double our budget!’
‘That very afternoon, the three of us sat down to skype about the platform and by that evening we had already chosen a name too: kiezeninquarantaine.nl. Life had ground to a halt, and we started building our platform like people possessed. Three days later, Pieter came to me one morning and said: “It’s done; it works”.’
‘We sent all student counsellors at Dutch secondary schools an email about kiezeninquarantaine.nl. There were ads for the site on, among others, the TU Delft website, and even NOS gave it airtime. Well, it sure took off! Within a month we had 5,000 subscribers.’

‘While all this was going on, I gradually had to start focusing on the Eco-Runner again. Despite the restrictions, the building of the car was progressing well, but we had not yet decided on an alternative to the Shell Eco-marathon, and we really did have to arrange some kind of competition. Ultimately, we managed to arrange something with another Dutch team, that of the HAN University of Applied Sciences.’
‘From June onwards we were able to get together again a little more often, so we could start testing our car. Prospective students’ study choice deadline had passed by then, so there was no activity on kiezeninquarantaine.nl any more. We had found a fine circuit in Rijswijk where the two teams got together early in July. We raced, and logged the terrific score of 2,506 kilometres on one kilogram of hydrogen. That is about 25 times as efficient as mass-produced hydrogen-powered cars! Subsequently, the Eco-Runner also won the Vehicle Design Award presented by Shell. So: all’s well that ends well, as far as the Eco-Runner project is concerned.’

‘Being very busy has definitely helped me through this difficult period. It may also be the case that I was actually so busy because I had gaps to fill – when I have nothing to do, I generally go find myself something to do. That has kept me healthy.’ 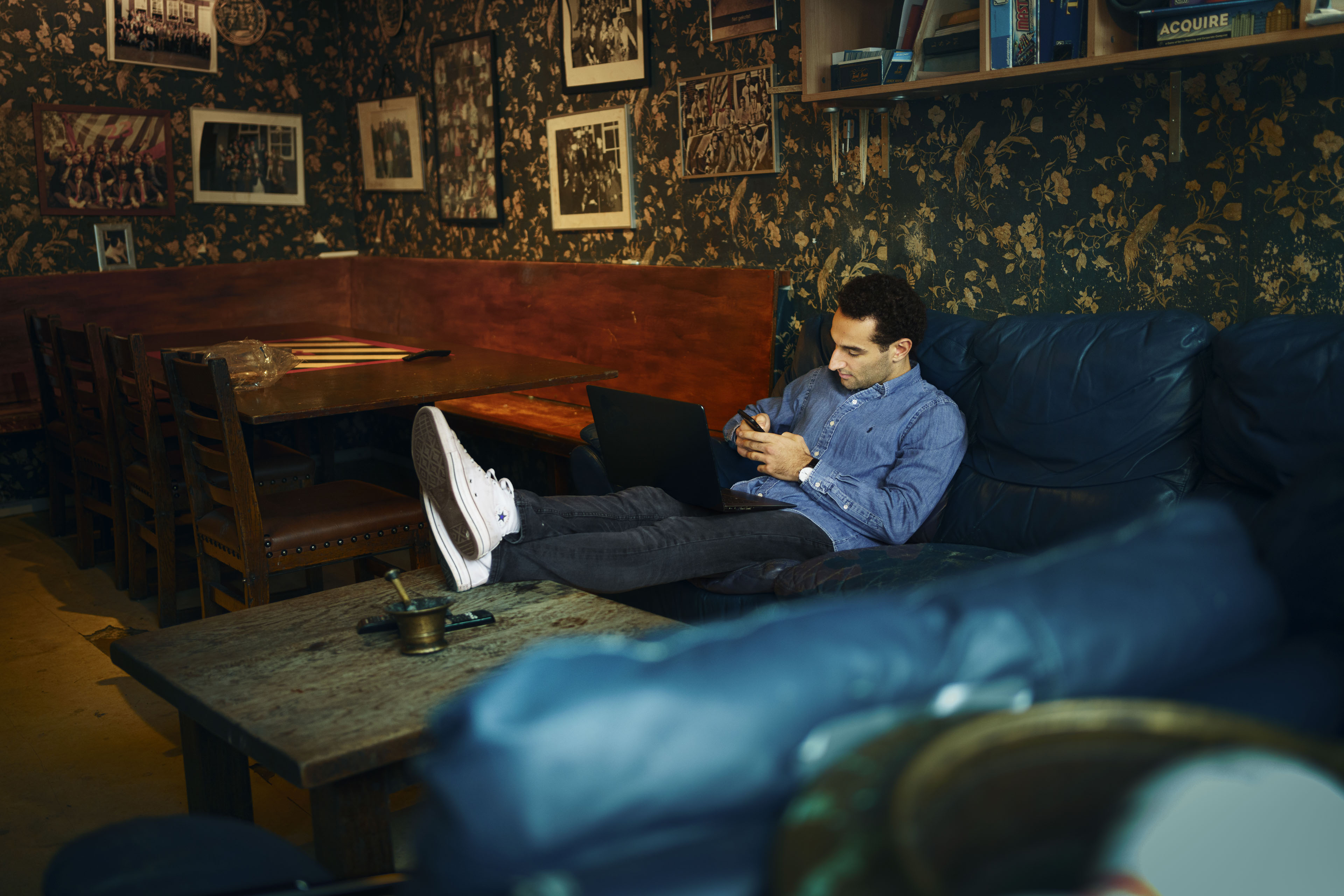