A step reduction in fatal road accidents. Whether it is by means of fully autonomous cars or the widespread introduction of advanced driver assistance systems, professor Vaucher works on automotive radar technology for improved road safety. Equipped with millimetre wave radar, cars will be transformed into securely-connected robots with the capability of sensing the environment, thinking, and acting autonomously. 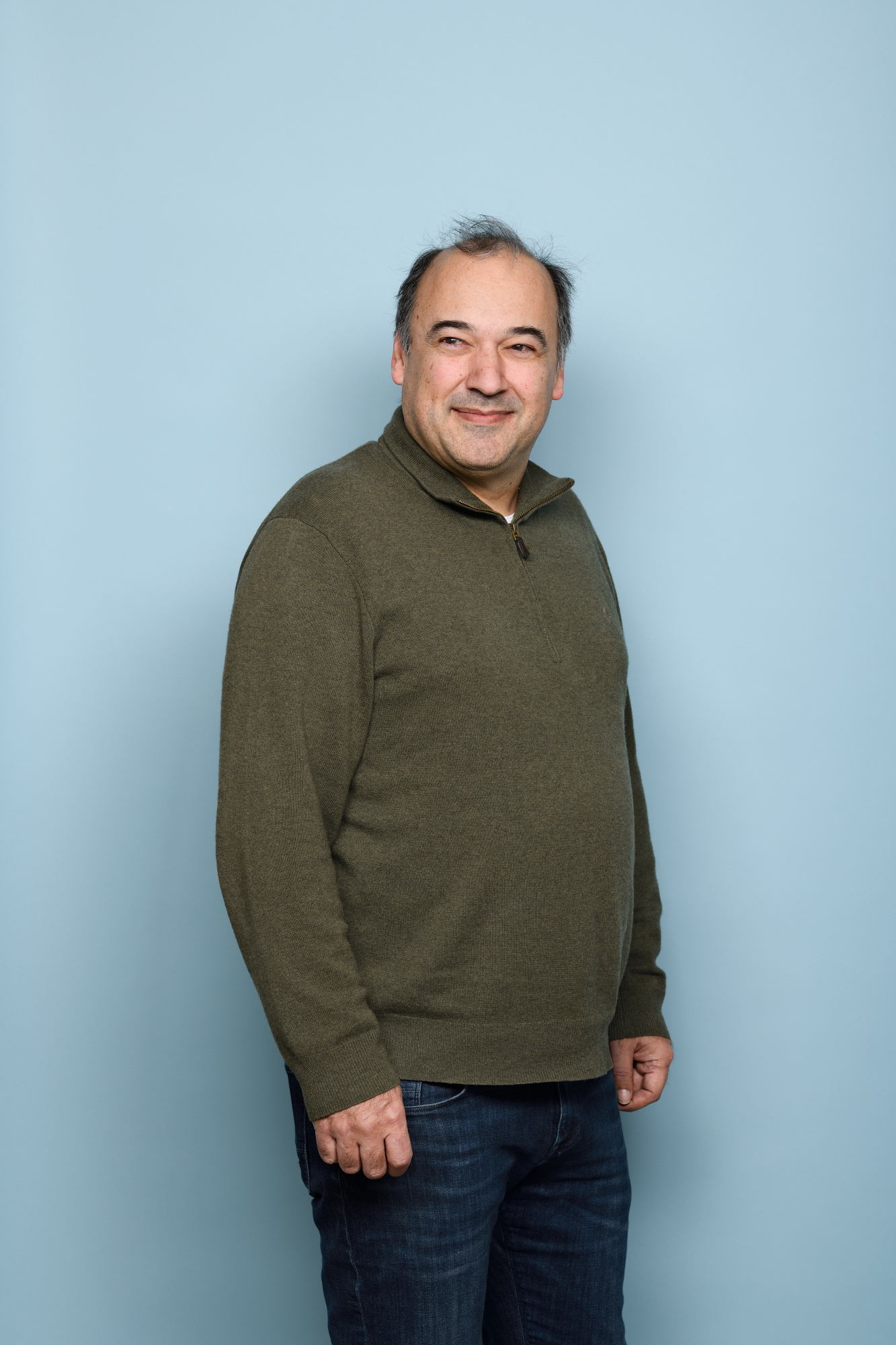 ‘Companies such as Waymo and Tesla, working on fully autonomous cars, get all the media attention,’ says Cicero Vaucher, professor of integrated millimetre wave front-end systems at the Electronics Research Laboratory within the faculty of EEMCS. ‘But full autonomy is only the last phase in a continuous process towards increased road safety, achieved by transferring more and more responsibility from the human driver to the car. This process started about five years ago and is now really taking off.’ Road fatalities in the Netherlands peaked in the ’70s at 3500 casualties per year. It was the introduction of seatbelts, followed by legislation making them mandatory, that initiated a steep decline. Thanks to the subsequent introduction of electronics systems, such as the anti-lock braking system (ABS), the airbag and car stability systems, the number of fatalities has continued to decline. ‘After initially being luxury accessories, these systems are now mandatory as well,’ says Vaucher. ‘Within the next three years, I expect currently optional radar-based technology, such as adaptive cruise control and automatic emergency breaking, to also become compulsory. And this is only the first step towards increased road safety and highly automated driving that automotive radar will help enable.’

In this first level, the car can control steering or vehicle speed, with the human driver controlling these as well. As a society, we are already adopting the second level as well, in which control of both steering and speed is fully transferred to the car under specific circumstances, such as partially automated parking or driving assistance in a traffic jam. There even are companies offering the semi-autonomous third level of fully automated highway driving and -parking, for which complete control is transferred to the car. ‘Up to this level of automation, the human driver still carries overall responsibility for safe operation under all conditions,’ Vaucher explains. ‘The driver therefore has to remain alert at all times.’ The fourth and final level, of fully autonomous driving across many driving modes – in which the driver can read, work or relax while being driven – is not yet commercially available. ‘The industry is not yet up to that level,’ says Vaucher, ‘and legislation needs to catch up. An alert and responsive driver is still legally required.’ For all levels of automation to become widely adopted, and then mandatory, it is important that the underlying technology is affordable. Lower levels of vehicle automation may require only a handful of radars pointing forward, but for the highest levels the car may need to be equipped with up to twenty radars covering all horizontal directions. ‘We have now reached the point where the hardware costs for such an advanced radar system are well below a thousand euros,’ Vaucher says. ‘For high-end segment cars this is an acceptable price level, whereas a further decrease would be welcome for cars in the entry-level segment.’

Millimetre waves are radio waves and, just like visible light, part of the electromagnetic spectrum. As all electromagnetic waves travel at the constant speed of light (of roughly 300,000 kilometres per second), it is the frequency of these waves that determines their wavelength. Radio waves with a frequency between 30 GHz to 300 GHz (1 GHz = 1 gigahertz = one billion oscillations per second), have a wavelength of 10 millimetres (1 centimetre) and 1 millimetre, respectively. Visible light has a wavelength that is about ten thousand times smaller.

Automotive radar uses a so-called chirping signal, in which the frequency of the emitted radar signal increases linearly over time. This chirp is repeated tens of thousands of times each second, with a brief pause between each pulse. It allows for both the distance to and speed of objects to be determined within milliseconds, by comparing the frequency of the returned radar signals to the (then) emitted frequency. ‘Current automotive radar systems use very high frequency radio signals with a wavelength of only a few millimetres,’ Vaucher explains. ‘The three-fold reduction in wavelength compared to earlier systems, in combination with an increased bandwidth at these higher frequencies, comes with plenty of benefits. It has resulted in a much better resolution in both the measured range and velocity, while also enabling a substantial reduction in the size and energy consumption of the radar.’ He shows the current state of the art in automotive radar, developed by himself and his team at NXP Semiconductors. The complete radar system consists of two tiny chips, three radar emitters and four radar receivers, all on an integrated circuit board smaller than a passport photo. ‘It can be integrated invisibly, even into small cars,’ Vaucher says. ‘This single solution can be used for all levels of vehicle automation. The difficulty with millimetre radio waves is to have the technology to reach those frequencies. But once you get there, it is a huge resource to be used.’ 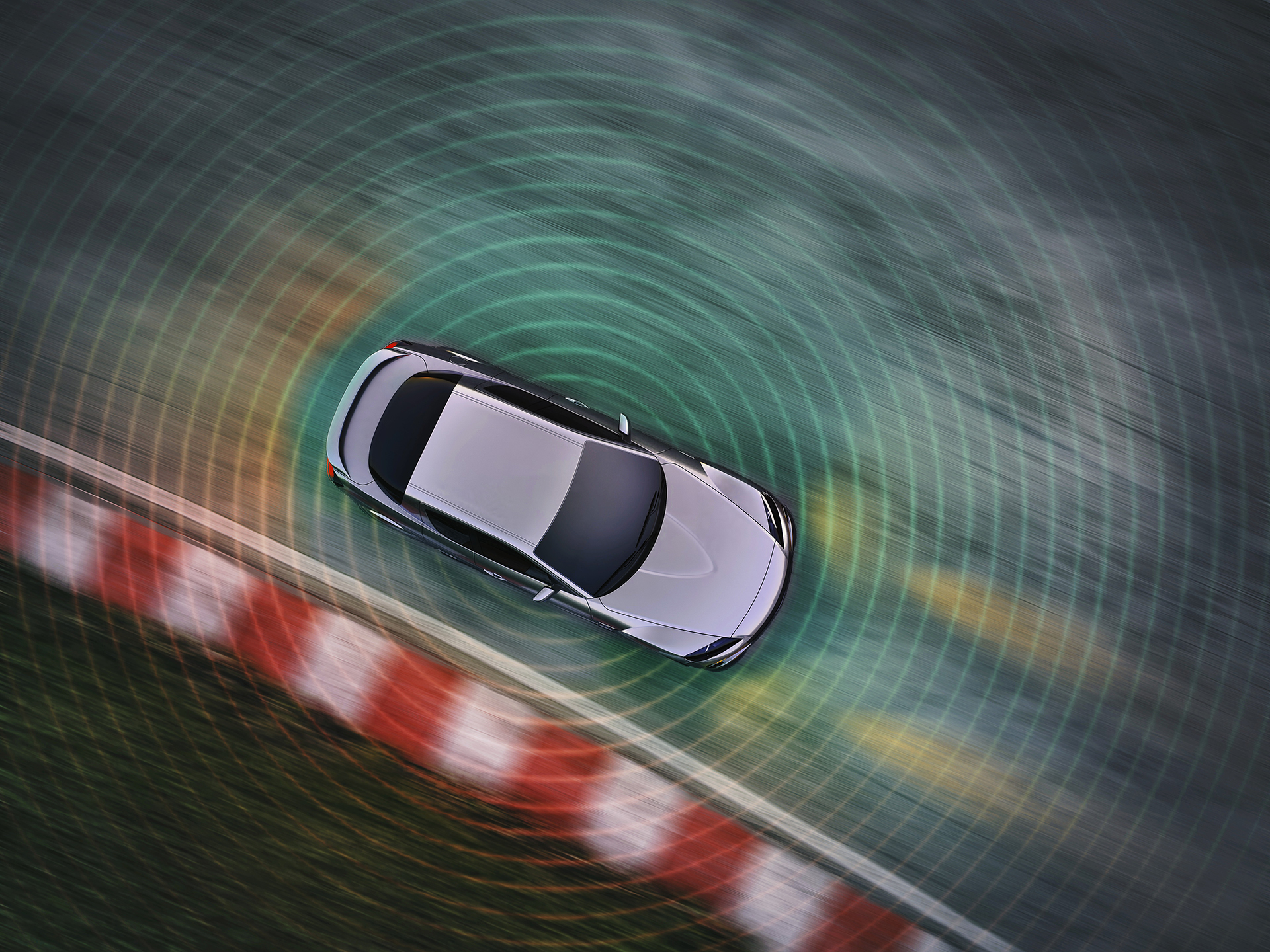 In autonomous vehicles, complementary sensor redundancy is crucial. Duplicate functionality of radar and lidar sensors means the car can still operate safely, even if a certain sub-system breaks down.

Radar alone is not the solution. Multiple technologies are driving the process towards increased car autonomy and road safety, with each technology having its own strengths and weaknesses. ‘I believe that radar and cameras are ideal complementary sensors,’ says Vaucher. ‘A camera has a very high resolution for detecting objects, but it has difficulty assessing their distance and relative speed. That is exactly what radar is ideally suited for. Radar, on the other hand, cannot read road signs, see markings on the road such as lane lines, or determine the colour of traffic lights or tail lights. Then again, radar performance is not affected by fog, heavy rain, or nightfall.’ The functionality of both systems overlaps with the LiDAR system (Light Detection And Ranging) that is frequently used in car automation. It is typically placed on top of the car for an all-around field of view. Using a rotating laser, it emits millions of infrared light pulses per second. By measuring the time it takes for each pulse to return, it creates an image of its surroundings, with quite a high resolution. Some of these systems can even determine the velocity of what they see, but they are expensive, and their reliability is unproven. ‘More importantly, it is not only about complementarity,’ Vaucher explains. ‘The more responsibility you transfer to the car, the more redundancy you want to build into your system.’ Having duplicate functionality means that the car will still operate safely, even if a certain sub-system breaks down. ‘We do want to increase the angular resolution of automotive radar to the point where it could replace LiDAR,’ Vaucher continues, ‘but it would then be up to the car manufacturer to decide on the required level of redundancy. Perhaps it is best to have both LiDAR and radar.’ 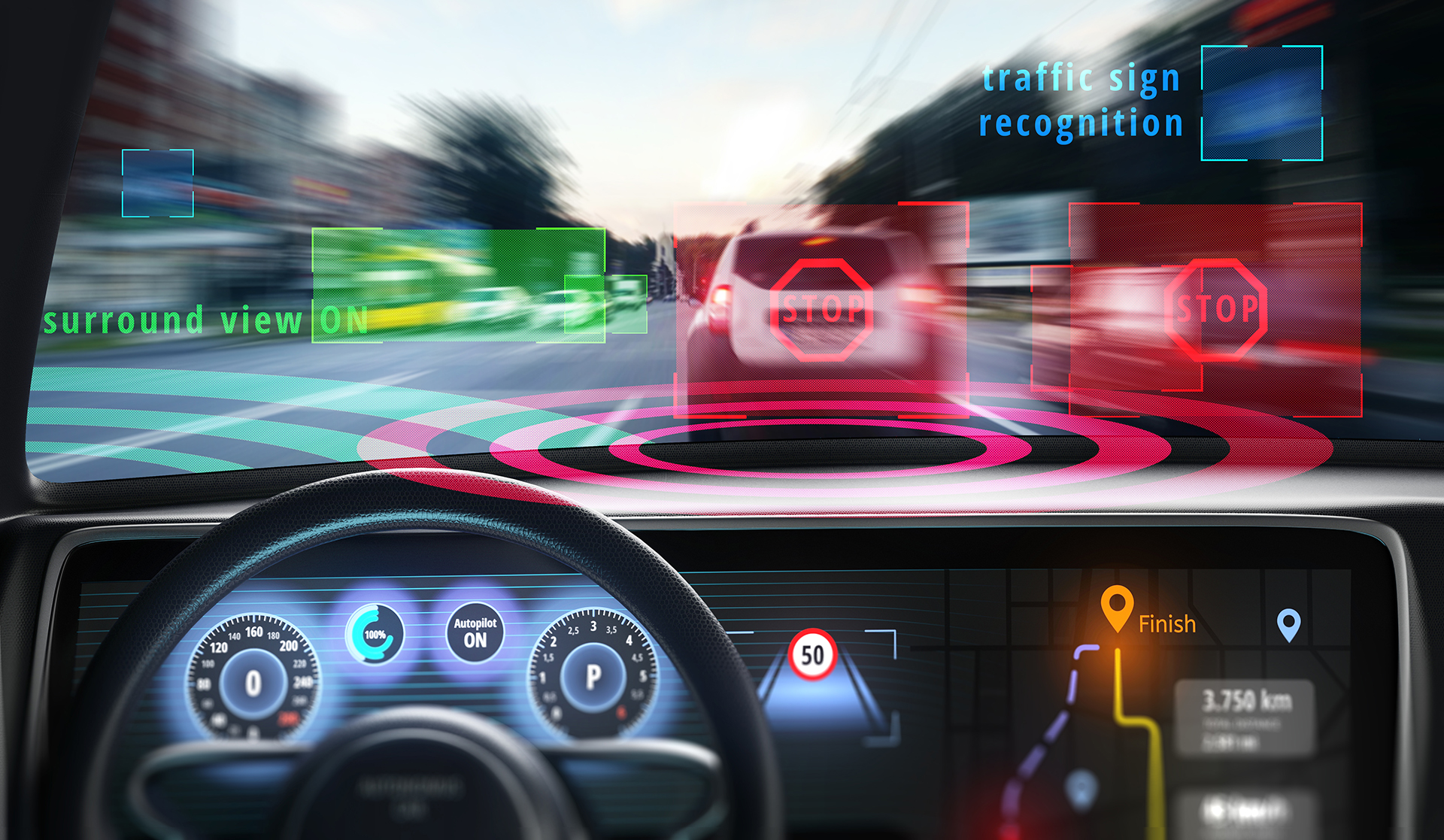 Improving angular resolution is one of the challenges addressed in the CRUISE project, a research collaboration between TU Delft and NXP Semiconductors. Vaucher is employed at both. He explains that ‘the project addresses challenges that we know are coming. We can, for example, already anticipate the need for radar systems where you make measurements with several transmitters at the same time.’ Using the passport-photo-sized chip “as is”, an angular resolution of 36 degrees can be achieved, basically subdividing human forward vision into only five pixels. ‘It will be able to detect an oncoming truck, but not the motorcycle that may be overtaking it,’ Vaucher says. ‘Using the innovative antenna layout in combination with smart digital signal processing, however, a threefold increase in image resolution can be achieved by a process called beamforming.’ For the overtaking motorcycle to be detected the angular resolution of the radar needs to be improved another ten times, down to a single degree. ‘We know how to get there, and even beyond, by assembling four of these radar chips into a single printed circuit board. The difficulty is to get everything working simultaneously as the transmission channels will interfere with each other.’

We need to address automotive radar interference such that it does not become a blocking point for autonomous driving initiatives.

Automotive radar sensors share a limited frequency bandwidth. Interference will therefore increase even further as radars are integrated into more and more cars. This may result in objects with a low radar cross-section to be lost during tracking or not to be detected at all, leading to dangerous traffic situations. ‘This may even become a blocking point for autonomous driving initiatives,’ Vaucher explains. ‘Within the CRUISE project we investigate novel approaches to tackle these interference issues. We are looking into separating the signals by coding them, for example.’ Not even the powerful linear chirping signal itself is sacred in the quest to tackle interference and to realise high-resolution affordable radar. ‘We work in close collaboration with experts in radar signal processing at TU Delft, such as professor Yarovoy from the group of Microwave Sensing, Signals and Systems. Our aim is to determine the next chirp wave-form, one that would be less susceptible to other radars or self-interference. At the Electronics Research Laboratory, we have the knowledge and means to then develop the circuits that will be able to generate and decipher these signals. Automotive radar is a very exciting multidisciplinary problem and it is really important to close the loop of circuit design and signal processing.’

There are even more disciplines needed, as the processed signals also need to be interpreted. There is a lot of information coming from the radar; the distance towards many objects, their relative speed and at what angle they are located with respect to the car, but it doesn’t tell you what each object is. The artificial intelligence used to interpret the images produced by on-car cameras will very likely also be needed for processing radar images. ‘More importantly,’ Vaucher says, ‘different sensors need to be joined for optimal decision making. A camera might classify an object to be a pedestrian, but the radar could perhaps recognize the variety in relative speed patterns of legs and torso to be typical for a cyclist, or even for something else.’

Despite rapid developments in sensor technology and artificial intelligence, it still is a long road towards fully autonomous cars. They are already being extensively tested on the road and even within cities in the United States but, according to professor Vaucher, it may still take a few years for them to become commercially available. ‘The infrastructure in these cities, consisting of broad roads and having only few pedestrians and virtually no cyclists, is almost ideally suited for initial technological development and later for commercial introduction,’ he says. ‘But it is a much bigger challenge for autonomous cars to navigate Delft city centre, where you have to deal with ten pedestrians and fifteen cyclists simultaneously.’ Not to mention a plethora of small bridges, frequent changes in traffic situations and the erratic non-law-abiding behaviour of said pedestrians and cyclists. Asked if he will be one of the first owners of a fully autonomous car, professor Vaucher responds that ‘it is fascinating technology and it will represent a major step forward in road safety. I am looking forward to it.’ 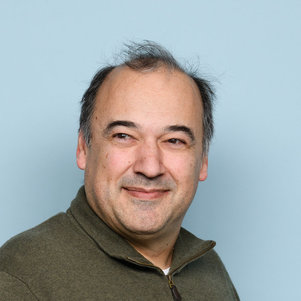