‘It’s the practical choices you make that shape your moral values, not the other way round’

What moral choices do we make during the coronavirus crisis and why? Researcher Caspar Chorus discusses taboos, moral lullabies and misconceptions about the foundations of our behaviour.

‘Very soon after the start of the coronavirus crisis, like many of my colleagues I found myself pondering what contribution we as researchers could make. At the same time, it was a very busy time for me as Departmental Director. I would have to reassign some of this work if I wanted to conduct emergency research. Then my colleague Niek Mouter sent me an email: we needed to do something and do it soon. I was persuaded by his call to arms, something I am still very glad about’, Professor of Choice Behaviour Modelling Caspar Chorus says about that initial period.
‘We managed to get our research set up and done in March and April, thanks in part to support we received from the TU Delft COVID-19 Response Fund. We wanted to use choice experiments to map the population’s preferences in respect of various varieties of lockdown, paying special attention to the moral considerations that play a role.’
‘I did find it all rather suspenseful, especially since certain of our results could easily take on a life of their own. In our case, for example, relating to the question as to how much money Dutch society was prepared to sacrifice to save a life.’

One of the subjects Chorus is investigating, and was investigating before the coronavirus crisis struck, is the connection between someone’s moral beliefs and ultimately their moral choices and behaviour. The major conclusion is that this link is not as strong as we are inclined to think. ‘In the BEHAVE Programme, sponsored by the ERC, we have been investigating the determinants of moral choices for a while now. Are these practical matters or deeper-rooted yearnings and moral motivations? The idea that the latter is true, that people make choices based on fundamental values, is generally accepted in social science.’

‘However, as is often the case, here too things that seem logical are not ultimately true. Maarten Kroesen and I show that the converse is rather true, in other words, the choices you make shape your values. To give an example from the world of mobility: if on occasion, for whatever reason, you grab your bike to go somewhere, this fact shapes your attitude toward cycling as a form of transport. Tracking people’s behaviour with the appropriate statistical techniques shows this clearly. This insight of ours has really set the scholarly cat among the pigeons.’

PhD researcher Tom van den Berg has tested this assumption in respect of the choices we make during the coronavirus crisis. ‘This was about whether or not you observe the rules in respect of social distancing and working from home, etc. We used standard scales to measure people’s moral values in terms of loyalty, honesty and empathy.’
‘These values proved to have almost no predictive power. In other words, it is almost impossible to predict how someone will actually behave if the only information you have is how they feel about something. A person might say: ‘To me honesty is very important’, but that very person might still hoard toilet paper, without seeing the connection between these two issues, quite likely.’
‘Apart from its academic impact, this fact also has relevance for policy making. The government tends to appeal to the values of mature people, after all. The basic premise is that you explain a situation and that – based on their moral values, for example honesty – people then decide for themselves whether or not to do a particular thing. We show that this is not enough. What the government should do is issue very concrete rules, saying: this is not allowed, and if you do it after all you will receive a fine.’
Chorus refers to Taiwan as a successful example of this way of doing things. ‘I think Taiwan had the sum total of eight deaths from Covid-19. They are extremely clear about what is allowed and what not.’ 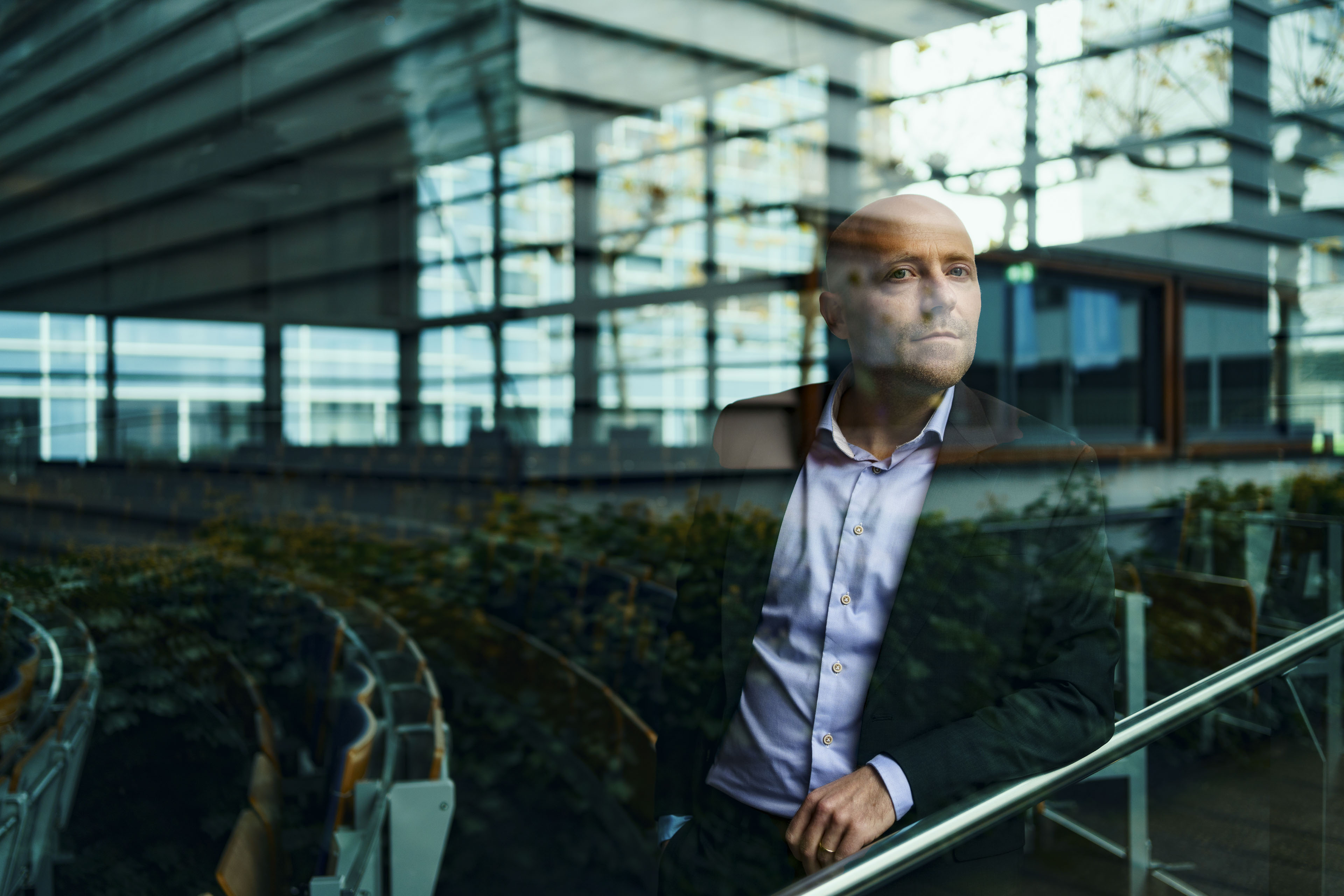 Weighing up of taboos

A second branch of the coronavirus crisis research is about taboos. Chorus explains: ‘Everything we do involves weighing up alternatives. For example, we accept a longer commute in exchange for a higher salary, or we accept reduced sleep if we want to have children. We continually weigh up pros and cons, even where we wouldn’t have expected to.’
‘There is, however, a certain class of choices and weighing up in which the very weighing up arouses resistance. This is what is called the weighing up of taboos, in which one aspect is “sacrosanct” and the other concerns something “secular”. The latter almost invariably involves money and the former involves matters such as body, faithfulness, love, health or family.’
‘This came to the fore enormously during the first weeks of the coronavirus crisis, when some people started saying: ‘We can’t keep absorbing so much damage to the economy just to save a limited number of human lives.’ The response to this was rejection in general: ‘You cannot talk like this; you cannot put a price on a human life.’’

‘This is understandable of course, but there are ways of circumventing the weighing up of taboos. The economy, for example, does not necessarily need to be regarded as something secular. You could also choose to regard the economy as the owner of your local pub who sees his pension evaporating; this is morally shocking. By discussing the matter in this way you can engage in a much broader discussion, which, in my opinion, is really necessary. If you do not engage in this broader discussion, you run into problems later, at the time of reckoning. You must be able to consider and discuss all aspects of an issue.’
Chorus used a mathematical model of taboo aversion developed by his team to investigate and quantify the weighing up of taboos during the coronavirus crisis. ‘Weighing up matters is a problem for three quarters of the population. We make these kinds of choices, “money or human life” in very broad terms, all the time though, except not as explicitly and visibly as during the coronavirus crisis.’
‘The Dutch government has been putting price tags on human lives for years, for example in deciding which medicines are covered by medical insurance. If a very expensive medicine only saves a few human lives it is not covered. These kinds of choices are generally well hidden in policy documents, but the coronavirus crisis made them very real: how much are we as a society prepared to sacrifice to save a human life? According to our analyses, the answer to this question is 2.3 million euros. By comparison: in the context of road traffic safety, the government figure is 2.8 million.’

In Chorus’s opinion, the government did not communicate well on this tricky item initially. ‘There was an overwhelming, easy message: we will do all it takes to preserve lives: our willingness to do what it takes is non-negotiable. But if you listen to Rutte speaking now (this was November), three components are consistently mentioned: health, economy and social/mental aspects. These are the exact things we mentioned in our research.’
‘We are just kidding ourselves if we keep singing moral lullabies. Saying that we will put everything on hold to support the healthcare sector, to the extent even of having our children miss years of schooling. We all know that we are not ultimately prepared to do this.’
Another study regarding the coronavirus crisis is still ongoing. ‘Our start-up Councyl is helping a hospital map out how they decide whether or not to admit people to the ICU. While intensivists find it very difficult to verbalise their choices, these are choices they have to make every day. They trust their own judgement, but they sense that the weighing-up can differ from doctor to doctor. They find it uncomfortable that this is not mapped out more objectively; we are now trying to do this using choice theory. Questions like how much weight the wishes of the patient should carry, for example, and whether more stringent criteria apply when ICU capacity is under pressure.’ 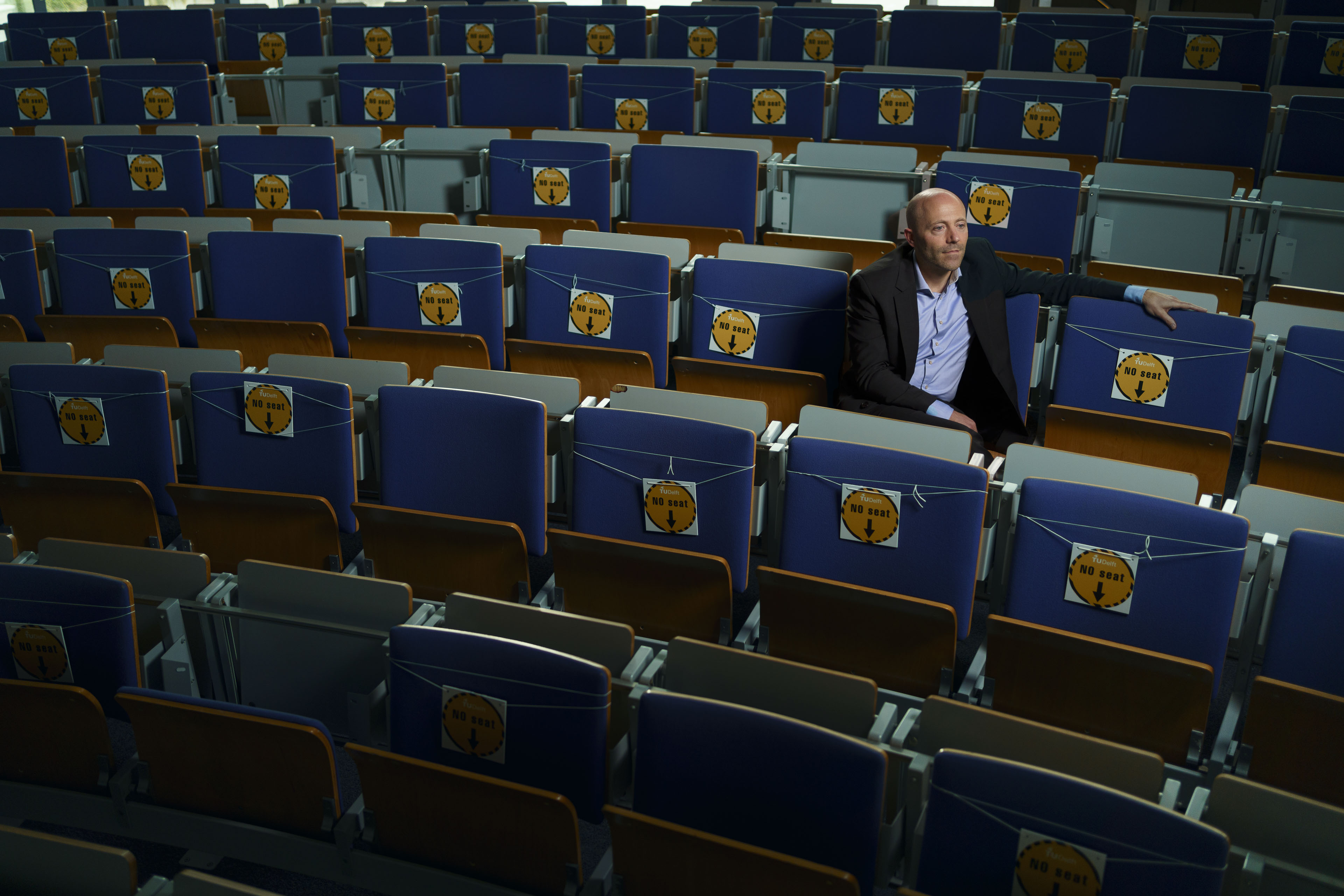 Coronavirus crisis as a unique experiment

‘The last two generations in the Netherlands haven’t seen anything remotely like this situation; it is unique partly because we have got extremely spoilt. Things are not going well at the moment and our reaction to the situation is strong. Reading about Covid-19 in Congo or in India, you realise that it features only around number six or seven on their list of problems.’
‘It might also be taboo to admit that, besides being tragic, this crisis is interesting to us as researchers as well. After all, we are in the midst of a unique experiment. This activates the “gear up and get going” mode in researchers.’
‘Resilience is often defined as whether a system returns to its previous state after sustaining a shock. This is not how we should be thinking about things; if all goes well we are actually developing further. Coronavirus has taught us that painful decisions should not be taboo but should be open to discussion. If we learn from this crisis and become stronger because of it, that would indicate true resilience.’ 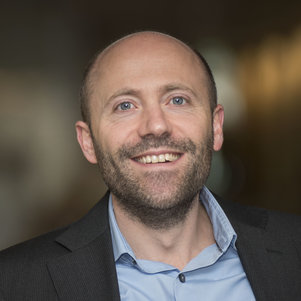