Switching to online education in the middle of the semester wasn’t easy for anyone, but how do you do that for a course in which building and testing are so important? Lecturer Michiel Schuurman took it as an opportunity to innovate the production process.

It’s one of the few courses in the Aerospace Engineering programme in which you really make something with your hands. We build test models, we fly with them, and we break one’, says Michiel Schuurman, Assistant Professor in AE. He’s talking about Design and Construction, a compulsory course for first-year Bachelor’s students. Under normal circumstances, it is already a challenge to ensure that the course runs smoothly for over 400 students. Schuurman does this with the help of twenty Teaching Assistants (TAs), senior students who supervise the groups of ten participants each during tutorials and laboratory courses.

But this year everything was different. ‘In the first half of the course, students build and test a compression panel for a rocket. They had just finished building it when everything had to go online in Q3. We were therefore forced to carry out the tests ourselves and filmed them so that the students could write their project reports on the basis of the video and the test data’, Schuurman explains. However, these panels are a taster for the much larger aircraft wing which they then build in Q4. And those aircraft wings, which consist of two wingboxes, all still had to be made.’

As it happens, Schuurman was already working on making changes to the course behind the scenes. ‘Under the radar I'm always busy trying out new things with my TAs. We had already thought of switching to new-style manufacturing, using robots. We rewrote the assignment so that students could cut out the parts of their wings remotely and digitally with the production robot in the Aeroplane Hall. Then all we had to do was assemble them, which saved a lot of work. KUKA, the company behind the robot, was willing to give us more than 400 licences for the official software. There is free software available, but it’s not as fancy. It was great to get that kind of support from a company in these strange times.’

While this saved the course, it did require a huge effort from Schuurman and his team. ‘Everyone complains about teaching online, but this was a different story altogether. I had to create data for 400 students to move forward with their projects. I spent very long days at the faculty, and then I still had to do all the work around it in the evening.’ The constantly changing government measures did not help either. ‘At one point you weren’t allowed to be with more than two people who were not from the same household. Fortunately for me, I had three TAs who lived in the same house and were able to carry out tests.’

‘Students don’t realise how much we’ve actually done for them. We had to compensate for what they would otherwise have done together. Then you’re not too thrilled when they complain that you can only be reached in the evenings.’ Yet conversely, Schuurman does sympathise with his students. ‘It was really tough on them. All that online education takes its toll. We tried not to put even more pressure on them, for example by letting them choose how to communicate with us. Some preferred to use Zoom while others preferred Discord or Skype, everything was possible. Looking back, that all went smoothly, although you noticed that the flexibility and willingness of students decreased as the semester progressed. But when you see how many colleagues were on the brink of a burn-out around the long vacation, students weren’t alone in their suffering.’ 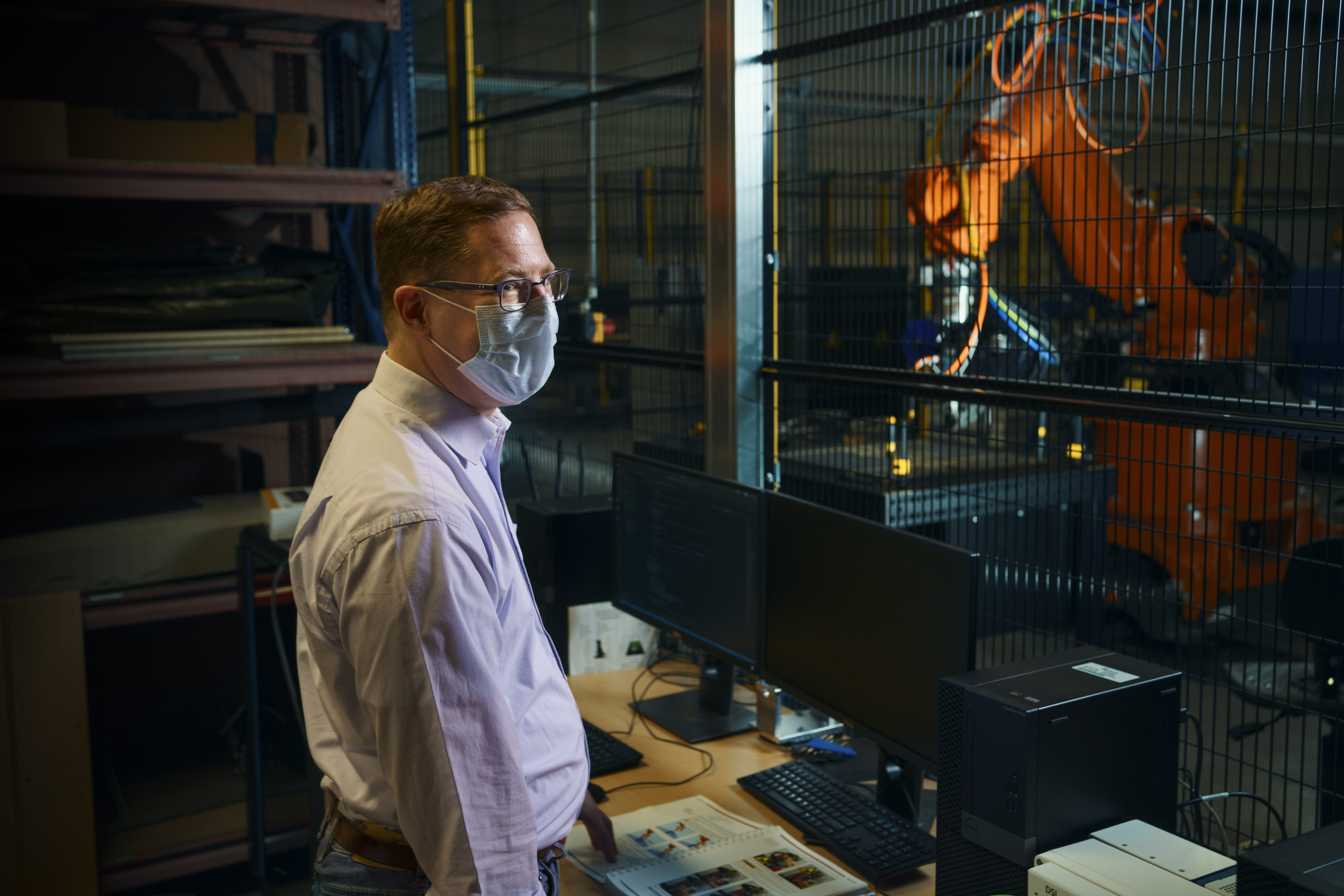 Fortunately, converting the Forensic Engineering course, which he teaches together with Calvin Rans, was slightly less complicated. ‘There is already an online course on it for professionals, a ProfEd. So we were able to reuse that material. Unfortunately the students had to take the exam online as well.’ In other years, students have investigated a fictitious plane crash somewhere on campus. ‘In terms of learning objectives it doesn’t matter, and digital might be a little easier. They’re inside where it’s warm and don’t have the stress of interviewing people in all kinds of weather. But even though it’s the same challenge intellectually, they miss out on that experience, which is also essential. So I think we’ll skip this course next year.’

Despite all the hard work, Schuurman takes his own achievements in his stride. ‘I’ve worked under more difficult circumstances’, he says, referring to his time with the Dutch Safety Board. ‘There I investigated major accidents with many casualties, such as the fire at Schiphol Airport Detention Centre in 2005 and the Turkish Airlines crash at Schiphol in 2010. That has a big impact. And there are all kinds of protocols you have to adhere to, also for your own safety. So the measures don’t bother me. Furthermore, some people in AE actually had Covid-19, so that brings it really close to home.’

‘So I've been thrown in at the deep end before. And that’s kind of what we're trained to do: engineers are ingenious. You solve the problems put before you. For once, this is not a material problem or a performance problem, so the parameters are different, but you know what you need to achieve. From that first Monday, we were already developing scenarios to make sure we could finish Q3 as best we could. That was relatively simple: getting people to carry out the tests and recording it on video. Next, we had to make a plan for Q4. To build the wings we found a solution with the robot; we had already tried it out with the compression panel. This way you break a big problem down into manageable problems and then solve them. Everyone who graduates here should be able to do that.’

Perhaps we should create these conditions for innovation more often, so that we can keep up with the times

The dust has settled a bit by now, and he has been able to take it a little easier. ‘I haven’t spent much time at the faculty lately, also to give space to the people who now need to use the facilities to teach online. I'm gradually starting to prepare for February again, taking into account all possible scenarios, depending on the applicable measures at that time. I'm also writing papers and a book.’ The book is related to the ProfEd on Air Safety. ‘Participants asked for the book in addition to the online course. Actually, this also applies to students. They need both online and offline education, because the two types of education complement each other.’ 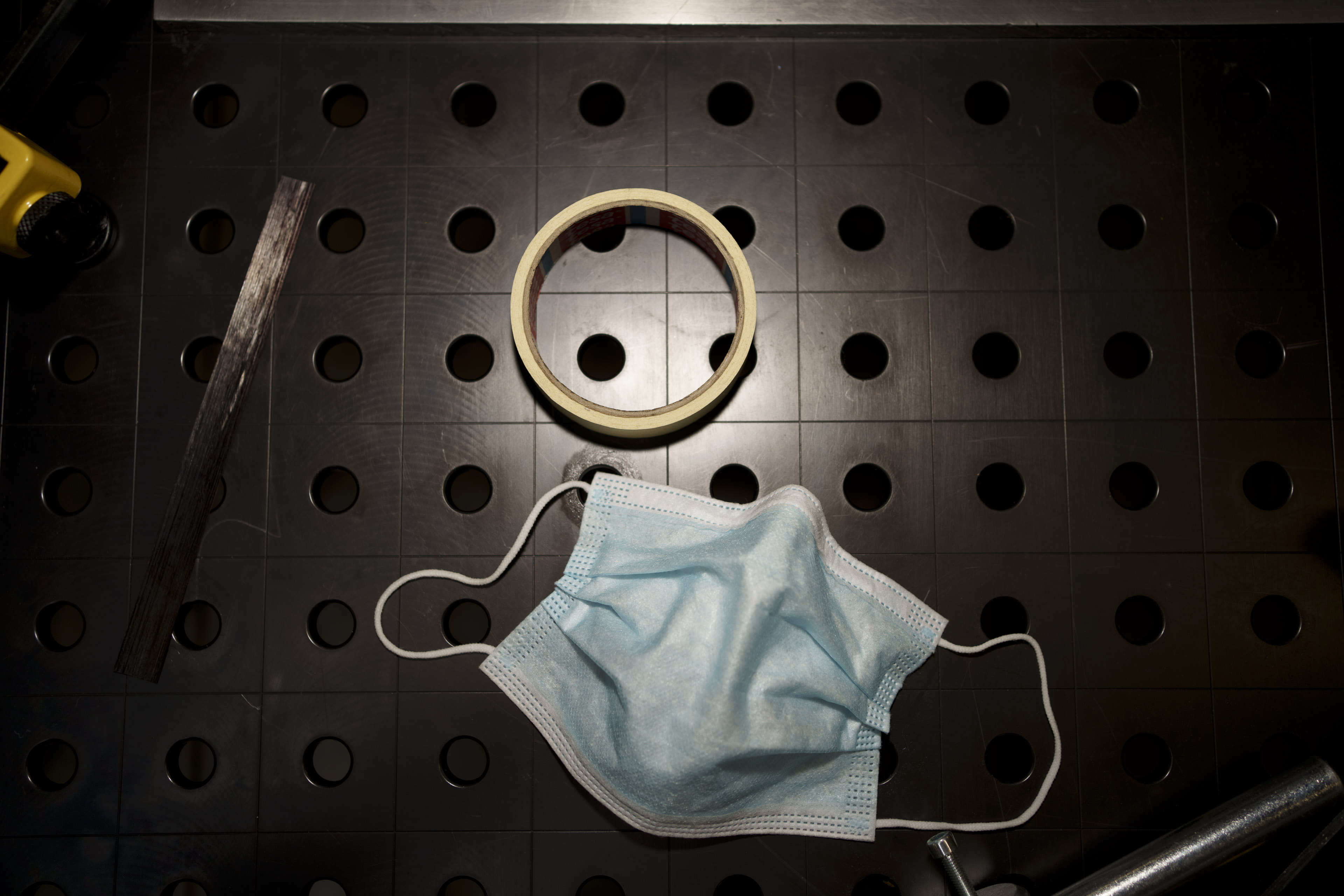 Looking back, Schuurman also sees advantages to how the year has gone. ‘We were already working on innovation in the background and now we had a good reason to continue with it. I quite liked the fact that we found ourselves in a pressure cooker because of this crisis. We were able to leave the beaten track, as long as we showed that we could meet the educational goals. We want to see if we can incorporate a combination of manual work and robotics in the course. We have been trying it out under poor circumstances for the past months. So it’s a matter of optimising this in order to roll it out for students. Then we will have achieved in six months what would normally take a couple of years. Perhaps we should create these conditions for innovation more often or give people a year off to work on it, so that we can keep up with the times.’