Diamonds have always captured our imagination as a material for jewellery. Fewer of us are aware that engineers also consider diamonds to be an absolutely prime material with many, surprising applications. Researcher Ivan Buijnsters at TU Delft, for example, focuses on purifying water with diamonds.

‘Have you heard the tequila story?’ asks Ivan Buijnsters, scientist at the Delft 3mE Faculty. ‘About ten years ago, a group of Mexican scientists were working on turning tequila into diamonds. They used the hot vapour of tequila blanco (40 per cent alcohol), which they were able to deposit on a substrate of silicon or stainless steel. This created a thin film of diamond. Perhaps that wasn’t the most useful research subject, but they did manage to get a lot of publicity with it.’

Buijnsters cites the example to demonstrate the immense fascination we have all over the world for diamonds as a material. That’s always been the case, certainly in the Netherlands, where the diamond industry has had a historical presence. ‘About thirty years ago, in the 1990s, we were even talking about a diamond age,’ says Buijnsters, continuing his story. ‘As a result of technological advances in the production methods of carbon layers (because diamonds are nothing more than carbon atoms arranged in a certain pattern), there were huge expectations of diamond as an engineering material. It became easier to apply thin layers of diamond, for example onto silicon. That was a bit of a hype, to be honest, and everyone tried to take advantage of it, also in terms of funding for scientific research.’

Now, almost thirty years later, we are more realistic about the possibilities of using diamond. ‘As it turned out, not everything can be done with diamonds, but on the other hand completely different uses have emerged than we had expected at the time. Purifying water with diamond electrodes is a good example. In any case, extensive research on diamonds has had a beneficial impact. Think, for example, of another area of application, namely quantum mechanics, which is what fellow researchers at QuTech in Delft are working on. They’re using diamond material to trap qubits (the essential building blocks of future quantum computers). That may not have been possible without the worldwide efforts that were set into motion by the (forecasted) diamond revolution.’ 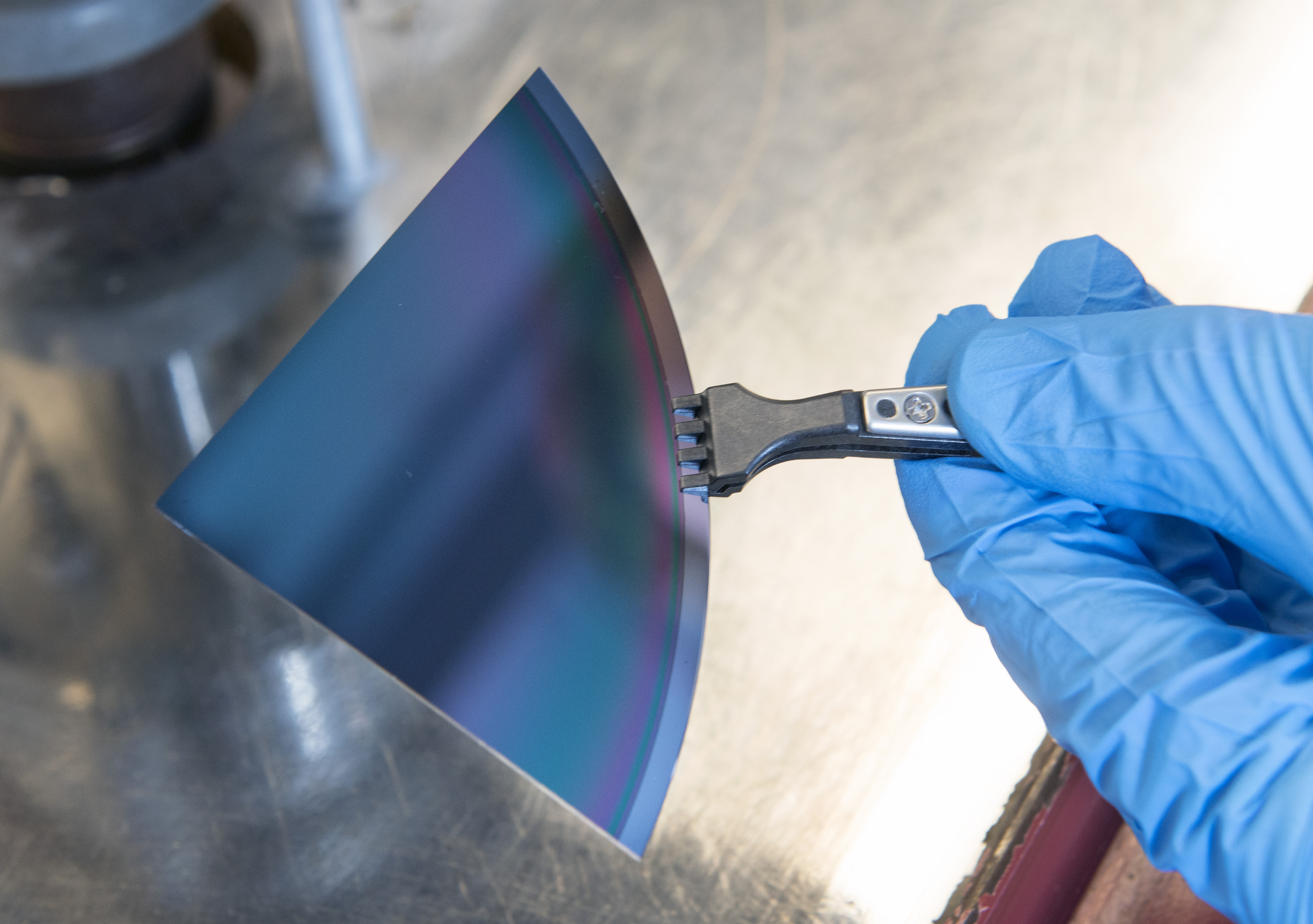 picture of a diamond electrode

‘That said, diamond remains an absolutely prime material. It is viewed as the ultimate engineering material because diamond combines superior properties, such as extreme hardness, chemical robustness and good thermal conductivity. Diamond in its pure form won’t conduct electricity, but if you “strategically” contaminate your diamond with atoms of the boron element, then it becomes a highly effective conductor. This is called boron-doped diamond (BDD).

‘The diamonds I work with are obviously somewhat different than the ones you see in jewellery. They’re very thin layers of carbon that are usually formed from hydrogen and natural gas via a process called CVD: Chemical Vapour Deposition. This technique is now so far advanced that it can be used to create diamond electrodes in all shapes and sizes, for example. This has paved the way for various applications that aren’t possible with “regular” diamonds.’ 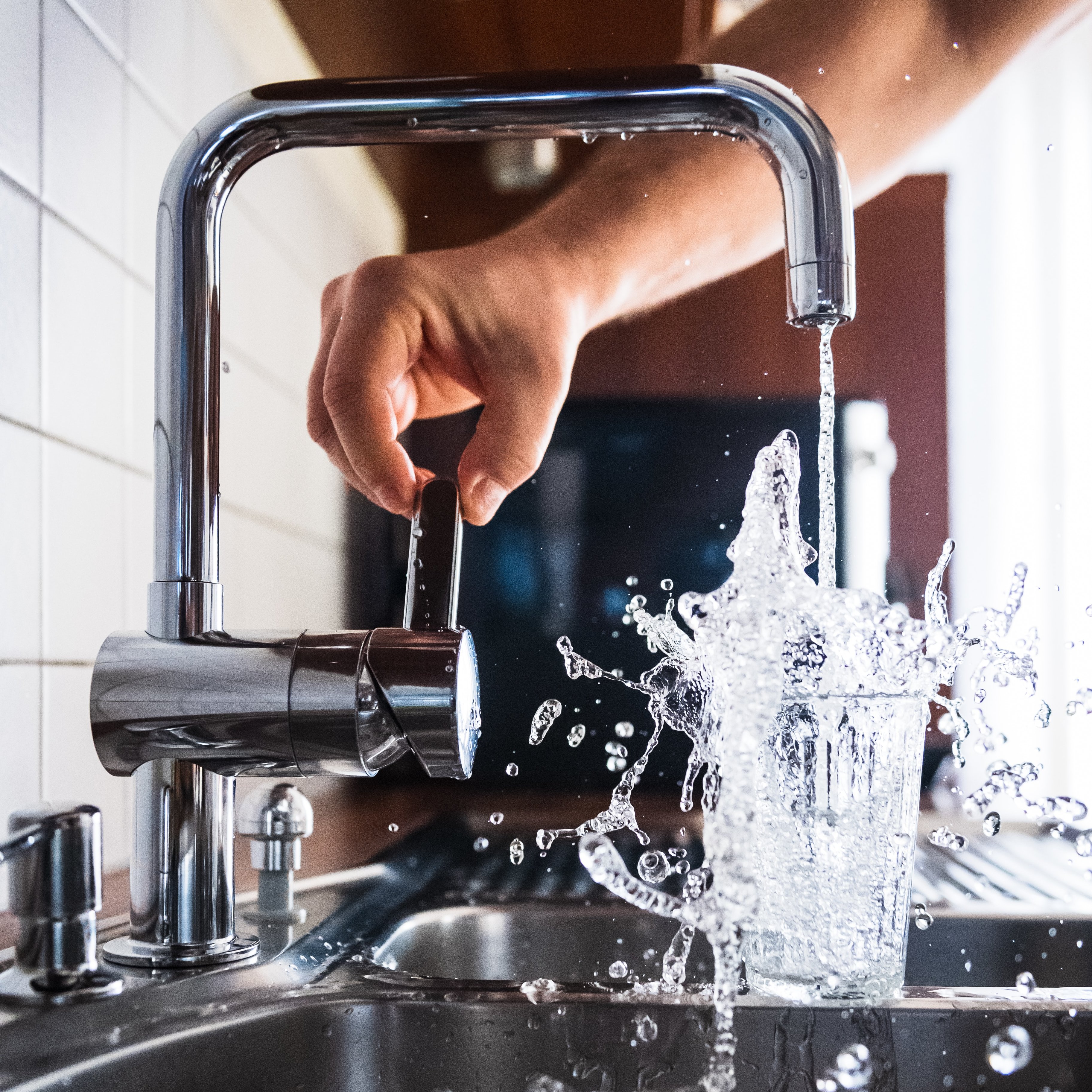 Buijnsters has been working with this super material for a long time now. After working as a student and scientist in Nijmegen, Spain and Belgium, he joined TU Delft in 2014. At the Department of Precision and Microsystems Engineering, Buijnsters has set up a new line of research in recent years in the area of diamond engineering and the development of diamond electrodes for catalysis and electrochemistry.

One of the promising applications of diamond electrodes that Buijnsters is researching might surprise many people: the purification of water. ‘It’s becoming increasingly difficult to purify water properly,’ Buijnsters explains. ‘This is partly due to the high quantity of pharmaceutical residues in drinking water, but also PFAS. Diamond electrodes have, as a result of the electrochemical properties of BBD, huge potential (literally) to remove contaminants from water in a highly targeted way and also monitor them.’ Research has demonstrated that the use of boron-doped diamond leads to the direct and efficient formation of so-called hydroxyl and oxyl radicals in electro-oxidation reactions. These can ensure that persistent organic contamination in water is purified and that the water is effectively disinfected.

‘The huge advantage of this is that you don’t need to use chemicals such as chlorine anymore. Other major advantages are the mechanical robustness and chemical inertia in a wet environment (in other words, the materials don’t corrode easily). The system can be used repeatedly without losing effectiveness.’

Are there disadvantages as well, such as cost? ‘People often think that working with diamonds is automatically expensive, but that doesn’t have to be the case at all. The cost depends primarily on the scale and the nature of the use. There actually aren’t any significant disadvantages. And that’s confirmed by the fact that water purification with diamond electrodes is already a widespread practice. For example, it’s being used in large-scale systems such as the treatment of industrial wastewater. Our main focus here is on diamond electrodes for smaller-scale applications.’

A special type of water purification with diamonds materialised spontaneously at TU Delft, when Buijnsters’ path crossed with that of fellow researcher Ralph Lindeboom from the Faculty of Civil Engineering and Geosciences. ‘We want to study whether diamond electrodes can be made from biogas, and how suitable these electrodes are for the production of drinking water.’

Lindeboom focuses on extracting useful substances (such as drinking water) from waste flows in extreme places, such as in space. His research on a high pressure bioreactor shows that you can make high-quality biogas from your waste. Subsequently, he and drinking water experts examined the best way to purify the most important material in wastewater, potable water. The use of BDD was singled out as the best method. And essentially you can make layers of diamond from biogas…

‘Ralph and I met at a so-called BioDate (organised by TU Delft’s BioEngineering Institute), and that’s more or less how the idea spontaneously arose. You make diamond layers from waste flows, via biogas, which you can then use to purify wastewater. A unique idea that is now being examined more closely.’ 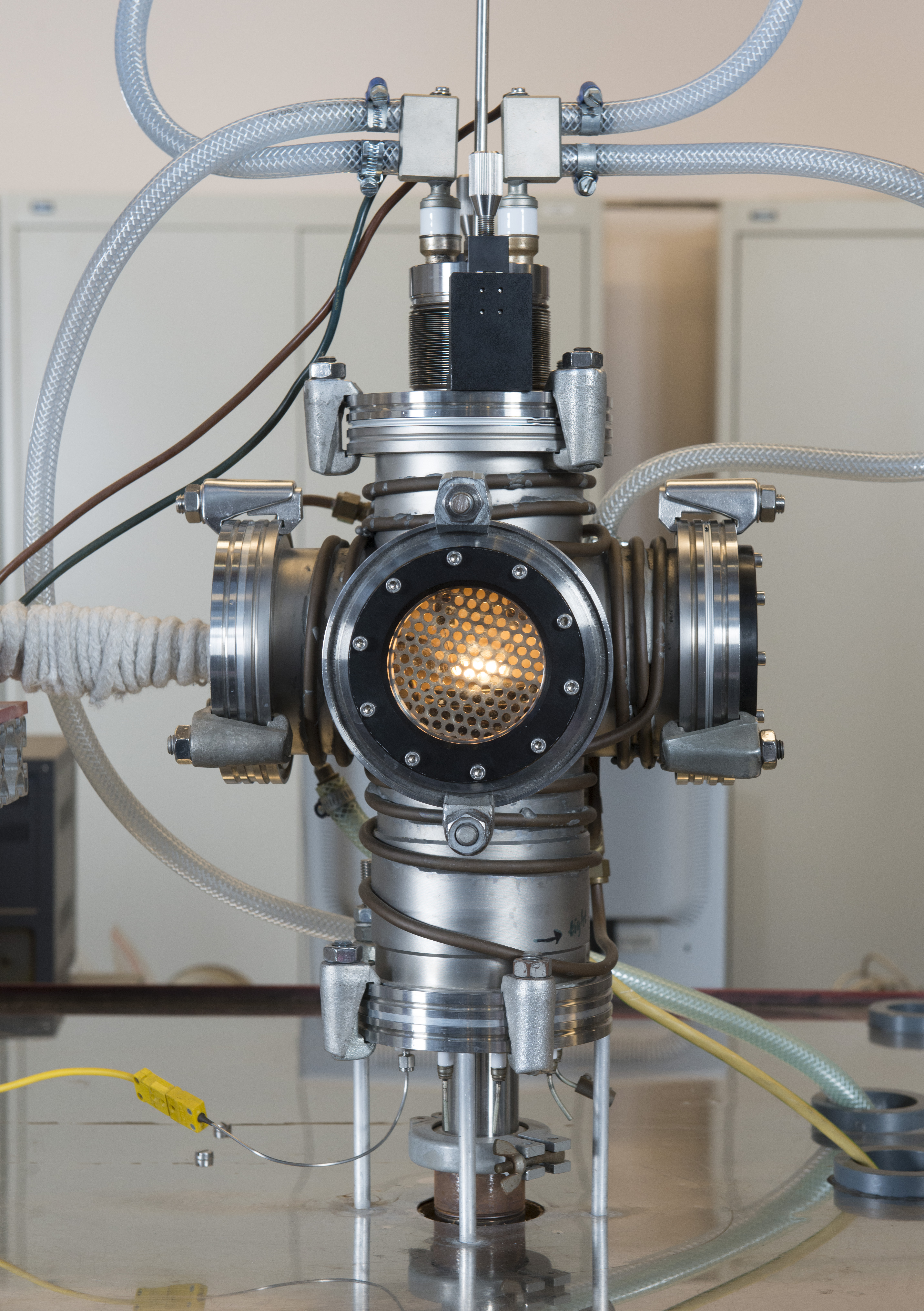 ‘Water purification has now become a substantial part of our research, but it’s certainly not the only focus,’ Buijnsters says. Another important topic, for example, is the development of electrochemical sensors made of diamond. These are important measuring instruments for detecting biomolecules, for example to identify hormonal abnormalities in the blood. The material that electrodes are made of is crucial for the quality and use of the biosensor, because it determines, among other things, the measurement sensitivity and production costs. Buijnsters believes that BDD is highly suitable for use in biosensors as well.

It’s one of the diamond’s many possibilities as a material. As Buijnsters likes to say, ‘Diamonds really are an engineer’s best friend.’ 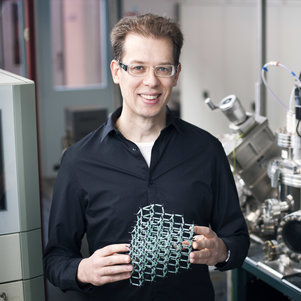 This is a story of 3mE

Bacteriophages a possible alternative to antibiotics