TPM student Zara-Vé van Tetterode was chair of the Delft Student Council when coronavirus arrived. She is very positive about the cooperation with the Executive Board during the crisis, but she also sees how coronavirus threatens the mental health of students.

‘I myself am in two minds about the coronavirus crisis. On the one hand, it’s a chance to develop new initiatives and to think about things in a different way. But it’s also complicated when your entire social life is suddenly turned upside down,’ says Zara-Vé van Tetterode, who since 1 September has returned to being an ‘ordinary’ student in the TPM Master’s degree programme in Engineering and Policy Analysis.
‘For many students, including myself, the social aspect is at the heart of why you chose to study. And that just isn’t the same online. After a hard day’s work studying, you miss being able to let off steam together or give someone a pat on the back; and the chats over a cup of coffee where you can look each other in the eye and think about something else.’
‘Before the crisis I spoke to around 200 people a week, now it’s five, I find that very difficult. This lack of contact leaves many students feeling down and can even lead to mental health problems. Many of the students around me feel far more gloomy than they ever did in the ‘old normal’.’

For many students the social aspect is at the heart of why you chose to study. And that just isn’t the same online

‘At the beginning of the coronavirus crisis, we were a little naive,’ says Van Tetterode about her time as chair of the Student Council (September 2019 - September 2020). ‘The university closed in March, and back then we thought it would re-open in two weeks. We maintained hope: if not April, it’s bound to re-open in May. At that time no-one, not even the Executive Board, could foresee what the real impact of coronavirus would be.’
‘For the Student Council, this uncertainty also presented a great opportunity. Normally, the composition of the Student Council changes every year, while your discussion partners, such as the members of Executive Board have a longer term and are far more experienced. In the Student Council, you start in September as a true newbie. You have a little experience, but not yet really in the adult world. So in the first six months you learn a whole lot of new things, and in the next six months you put what you have learned into practice.’ 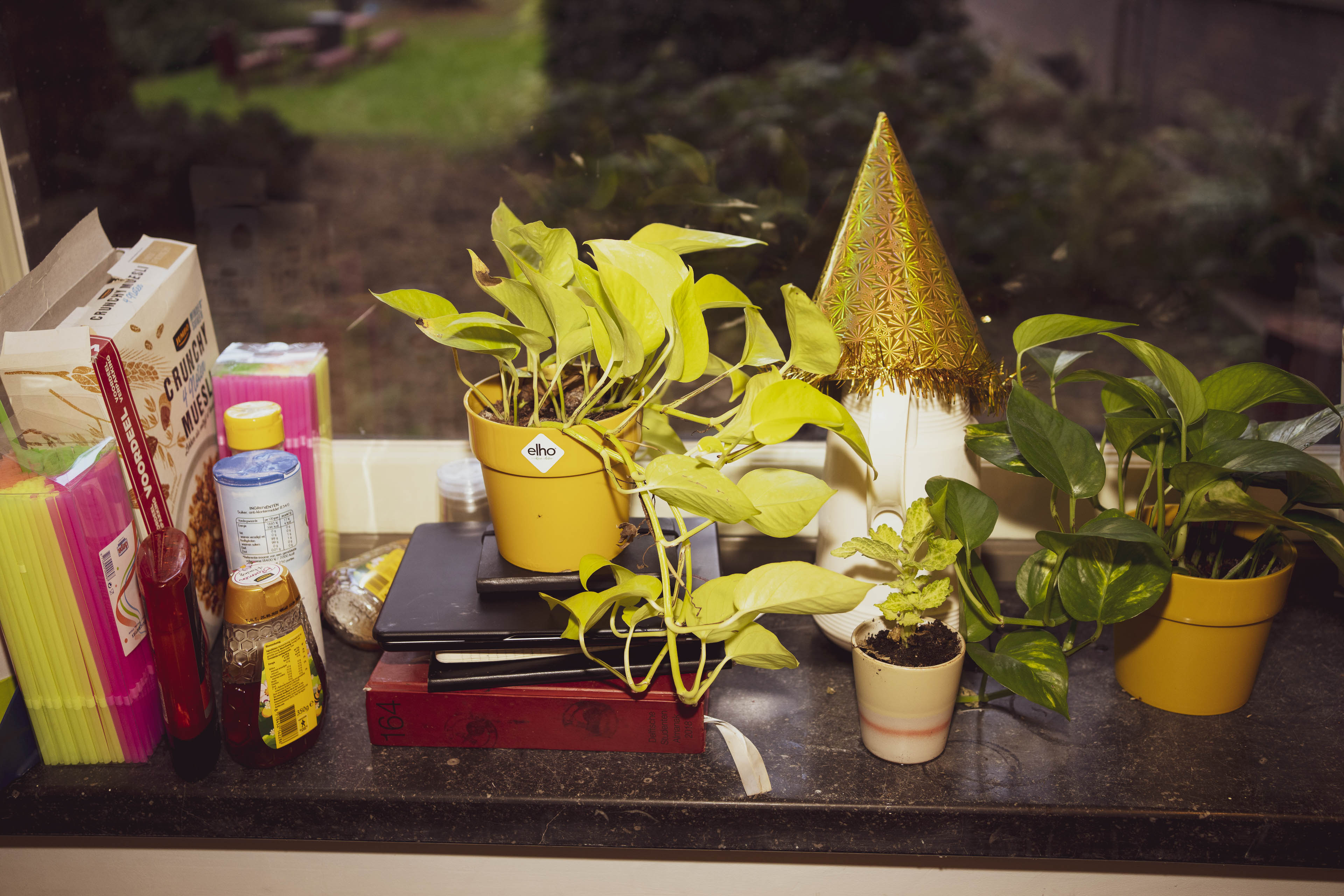 ‘Not even the board members, who would normally have the advantage of a lot more experience than us, knew in March what was going to happen and what we should do. The central crisis team set up a number of new task forces, one of which was the teaching organisation and quality task force, of which I was a member. It was a great opportunity to be involved in that.’
‘In general, the relationship between the Delft Student Council and the Executive Board is very good, and this certainly proved true during the coronavirus crisis. Normally, I spoke with the board once a fortnight; but there came a time when we decided it would be better to speak to each other more often. So then I planned an hour a week with Rob Mudde, in order to be able to respond quickly to events, and we also called each other often. The lines of contact were suddenly a lot shorter because we had to decide so much so quickly. I thought it was great that the Board was so open to our suggestions, for example about study delays; they quickly instituted goodwill arrangements for this.’
‘I think we were listened to in a different way. Where you normally have your set issues as a Student Council, such as more study spaces, we were now entering new territory. We were doing more actual decision-making, rather than just agreeing to decisions already made.’

One of the things that needed to be arranged was the online teaching. ‘In the beginning, the timetables tended to be abandoned, meaning there was a lot of overlap and there wasn’t much communication between lecturers and students. Teaching at TU Delft is arranged decentrally, so it was difficult for us to do anything about it. I quickly sent out a questionnaire to the students, asking how satisfied they were with the online teaching and what were the best tools for the lecturers to use. This questionnaire was a great help to me in allowing the students’ voice to be heard concerning the new online teaching. I charted the best practice of the first few weeks, so that staff could build further on that foundation in the last quarter of the academic year.’

We were doing more actual decision-making, rather than just agreeing to decisions already made 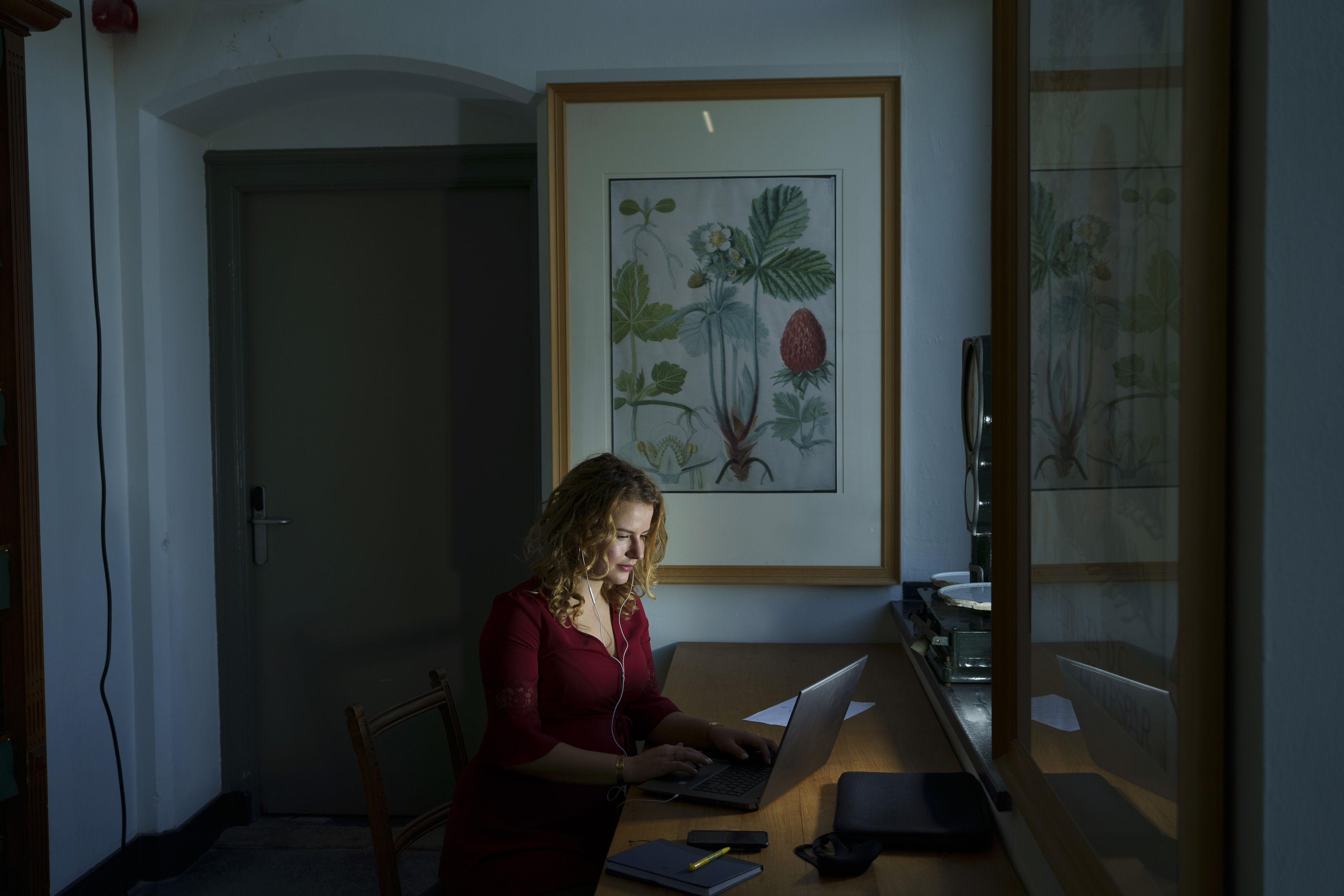 ‘So from the start, teaching was an important issue, for both students as lecturers. Another huge challenge was the health of the students. In a physical and mental sense, but also their financial health. This particularly affected the international students, who pay high tuition fees, while a lot of the teaching was cancelled. And it didn’t help that cafés and restaurants were closed, as a lot of students work in the hospitality sector. No arrangements were made for that in the beginning.’

Van Tetterode emphasises the concern for the students’ mental health during the general lockdown. ‘A student room measuring ten square metres doesn’t compare to a family situation with a house and a garden. What we continued to stress was the importance of good communication from the Executive Board to the students. And by that I mean more than just reminding them to make sure they earned their credits, but also the message that there are people who can help you if you are in difficulties as a student.’
That was needed, because people at TU Delft generally find it difficult to ask for help; it’s not really part of our culture, where we are very solution-oriented and like to solve our own problems. We were able to make sure that it is clear where you can go for help if you need it.’
Van Tetterode feels there is also another side to the TU Delft culture. ‘So I never had any fears that things would go completely wrong. TU Delft has a great community that is very focused on tackling things: so if there’s a problem, we do something to solve it instead of throwing in the towel. I am hugely proud of this TU Delft character, it has enabled many great initiatives to blossom during the coronavirus pandemic.

In closing, Zara-Vé feels that students are really missing out during this period. ‘Not only with regard to financial arrangements, but also measures for households. A student house doesn’t count as a family, so in theory that means you all have to maintain 1.5 metres social distancing. It has now been decreed that you don’t have to maintain this distance indoors, but students in Leiden and Amsterdam were fined for being close together, while they were just cooking dinner, for example. Right now (mid-November), you are officially not allowed to have a picnic on the grass in front of your house with your housemates, even though you do everything together indoors. ‘
Students are even seen by some people as the guilty party, also in the official press conferences. They are accused of helping to cause the Second Wave. ‘That makes me really angry. Certainly here in Delft, we are doing our very best to keep to all the rules. Of course there are exceptions, but you get that everywhere in society. The student associations picked it up straight away and generally apply even stricter rules than the cafés and restaurants, for example arranging their own contact tracing.’
‘It would be great if we could cut the students some slack as soon as there is the opportunity to do so.’