Helle Hvid Hansen is an former Assistant Professor and a Delft Technology Fellow at the department of Engineering Systems and Services of the Faculty of Technology, Policy and Management. She is also affiliated with the Applied Logic Group in Delft and the Formal Methods group at the Centrum Wiskunde en Informatica (CWI) in Amsterdam.

She received her M.Sc. Mathematics and M.Sc. Computer Science from the University of Amsterdam, and her PhD in Theoretical Computer Science from the VU University Amsterdam. Before coming to Delft in 2014, she worked at the Formal Systems Analysis group (CS dept.) at the Eindhoven University of Technology (TU/e) and at the Foundations Group (CS dept.) at the Radboud University Nijmegen. In 2012, she was awarded a VENI grant from the Netherlands Organisation for Scientific Research (NWO). 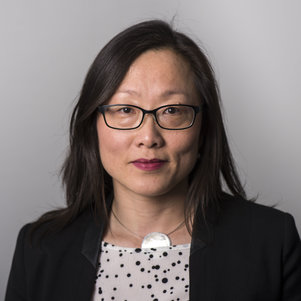