Wijnand Veeneman and his PhD’s are researching and teaching institutions and governance of complexity in infrastructure sectors, in particular public transport. He is leading a European project on the governance data platforms for mobility. He is scientific director of Next Generation Infrastructure, a cooperation between six major infrastructure managers in the Netherlands. He is member of TRAIL research school, the advisory council of Netherlands Institute of Government, and the editorial board of Tijdschrift Vervoerswetenschap. He has edited special issues for Sustainability and the International Journal of Public Policy.

A detailed CV is available here.

He lectures on organisational issues in public transport in various programmes including the Masters programs of Civil Engineering, and Technology, Policy and Management in Delft, the University of Duisburg Essen and the Politecnico di Milano. He developed and delivered courses on the topic at HTM and inno-V Adviseurs.

He teaches the management of uncertainty in decision-making in and on complex projects at the Shell (SPA), at 3TU Construction Management and Engineering (CME) and at the Faculty of Technology, Policy and Management (TPM).

He is also teaching at the Nederlandse School voor het Openbaar Bestuur (NSOB) on challenges in infrastructure governance.

A full overview of publications is available in my CV

Next to the PhD projects running, the team is working on the European Union funded PETRA project on data platforms for mobility, in cooperation with KTH Stockholm, IBM Dublin, University of Pisa, Technion Haifa, and the cities of Rome, Haifa and Venice. In addition, Wijnand is preparing the program for NGInfra on governance of infrastructures.

Wijnand Veeneman has supported the Parliamentary Committee evaluating the high-speed rail project in the Netherlands, was a member of the Committee of the changing role of national governments between Europe and local government for the Council for the Environment and Infrastructure. He also was a member of the committee reviewing Dutch railway crashes for the Dutch Safety Board.

Currently he is the scientific director of the Next Generation Infrastructure, developing the research program together with NWO and the members of that program.

He has chaired the program for the maturing of governance op public transport through tendering in the Netherlands, and done a great deal of projects.

Wijnand is regularly appearing in the media on news relating to public transport, from the BBC news and Reuters to Dutch national newspapers, radio and television. A list of media appearances is available in the full CV. 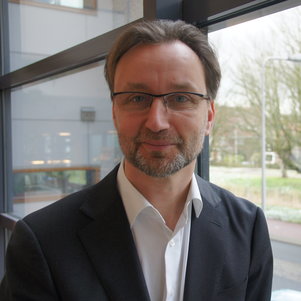