Maria Freese is a Postdoctoral Researcher in the Policy Analysis Section of the Faculty of Technology, Policy and Management of Delft University of Technology. She obtained her Bachelor in Psychology and master’s degree in Human-Technology-Interaction from the Otto-von-Guericke University in Magdeburg. From 2013 to 2017 Maria worked as a doctoral candidate at the German Aerospace Center in Braunschweig.

As a postdoctoral researcher, Maria Freese is particularly interested in the design, development, and use of serious games as research instruments, in order to analyse complex systems.

Within the T-TRIPP project (NWO TTW) and in cooperation with the TU Delft Gamelab, Maria has developed the serious "MachiaCelli" game, a game designed to bring scientists and policy-makers together, and to foster their mutual learning. The second game, that was developed within this project, is called "Cards for Biosafety", which trains junior biotechnology researchers in their awareness of biosafety and related risks. She is also part of the Safety Deal project (RVO) where she supports the team and assists with research on the long-term effectiveness of serious games. In addition to this, Maria studies ways of optimising facilitation processes (briefing, debriefing) of serious games, and from her psychological perspective, she is doing research on the role of emotions in human-gaming interactions.

Last but not least, Maria is an enthusiastic teacher and is always looking forward to the beginning of September when a new round of the Game Design Course starts. 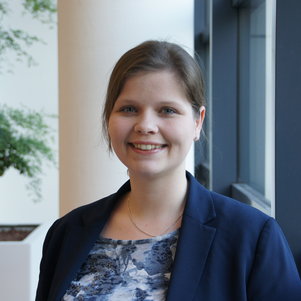