Künneke applies an institutional economic perspective towards responsible innovation, institutional design, regulation, and modelling of energy systems. He analyses the interrelatedness of technical and institutional features of sustainable energy infrastructures. He worked with Nobel laureate Elinor Ostrom on the governance of social-ecological and socio-technical systems. He was member of the board of a national research program on the Dutch gas infrastructure (EDGaR). Recently is Principal Investigator of the Amsterdam Institute for Metropolitan Solutions.

Smart grid technologies are considered to be important enablers in the transition to a more sustainable electricity system, as they facilitate the growing deployment of, among others, renewable energies. However, there are serious ethical concerns related to their use, concerning privacy, security, reliability, or affordability. To address these ethical concerns and avoid conflicts during implementation, there is a strong urgency to take moral values into account when designing smart grid technologies.

Industry funded research: Safety and security of gas distribution networks in the Netherlands.

The Netherlands has one of the most dense gas distribution networks in the world. Nearly all households and firms are provided with natural gas, which is strongly facilitated by significant domestic gas reserves. Since decades the safety and security of the Dutch gas distribution is taken for granted, rightfully.  However, recently the Dutch gas distribution is facing significant challenges. From a technical perspective, the networks are aging and need to be renovated or even abolished. An increasing diversity of gas qualities from different sources of origin needs to be facilitated. There is an ongoing integration of gas, electricity and heat networks as a part of the energy transition. Smart grids are developing and increase the reliance on ICT systems. From a socio-economic perspective, the gas sector increasingly relies on private initiatives and competition between different retailers and service providers. Network distribution companies have strictly regulated tasks with respect to the transport of gas on behalf an increasing number of different customers with different expectations and requirements. The societal acceptance of traditional and new risks associated with gas distribution networks and how to deal with them is another important issue. Who is responsible and how is safety and security of gas distribution networks safeguarded? What are the possible implications of these developments for the supervision, regulation and organization of the sector? What is the future role of network distribution companies as part of a social responsible governance of the safety and security of gas distribution networks? 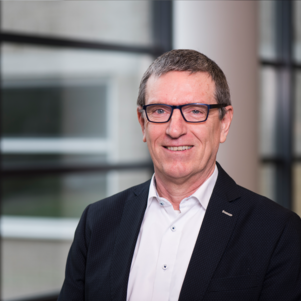