Managing the Crisis within the Crisis: Harnessing Social Network Rumours in Crises with a Collaborative Approach

Rumours can have malicious impacts on society. They can shake financial markets and cause a lot of turbulence, they can disrupt aiding operations within a natural or man-made disaster which might lead to loss of lives, they can make people whose acquaintances, family or friends are engaged in a disaster nervous and they can degrade the value of social networks to something just for fun. If such rumours can be harnessed within a proper time, none of these negative impacts will happen. Although theoretically preventing rumours from emerging seems the best way forward, this has its own drawbacks - like need to intervene in established systems and restricting users’ freedom on the internet. Thus harnessing potentially harmful rumours in a collaborative manner is the most viable and at the same time the least invasive approach.

This research project is going to protect online social networks from rumours in times of crisis and lets exposed users react in an informed way. A mobile assistant is proposed which provides additional information and tells social network users to what extent the flagged message looks like a rumour. In this collaborative solution the goal is to fill the information dearth that is the most important reason for rumours to emergence. Adoption of the mobile application on a large scale will prevent rumours from spreading and creating serious damage. 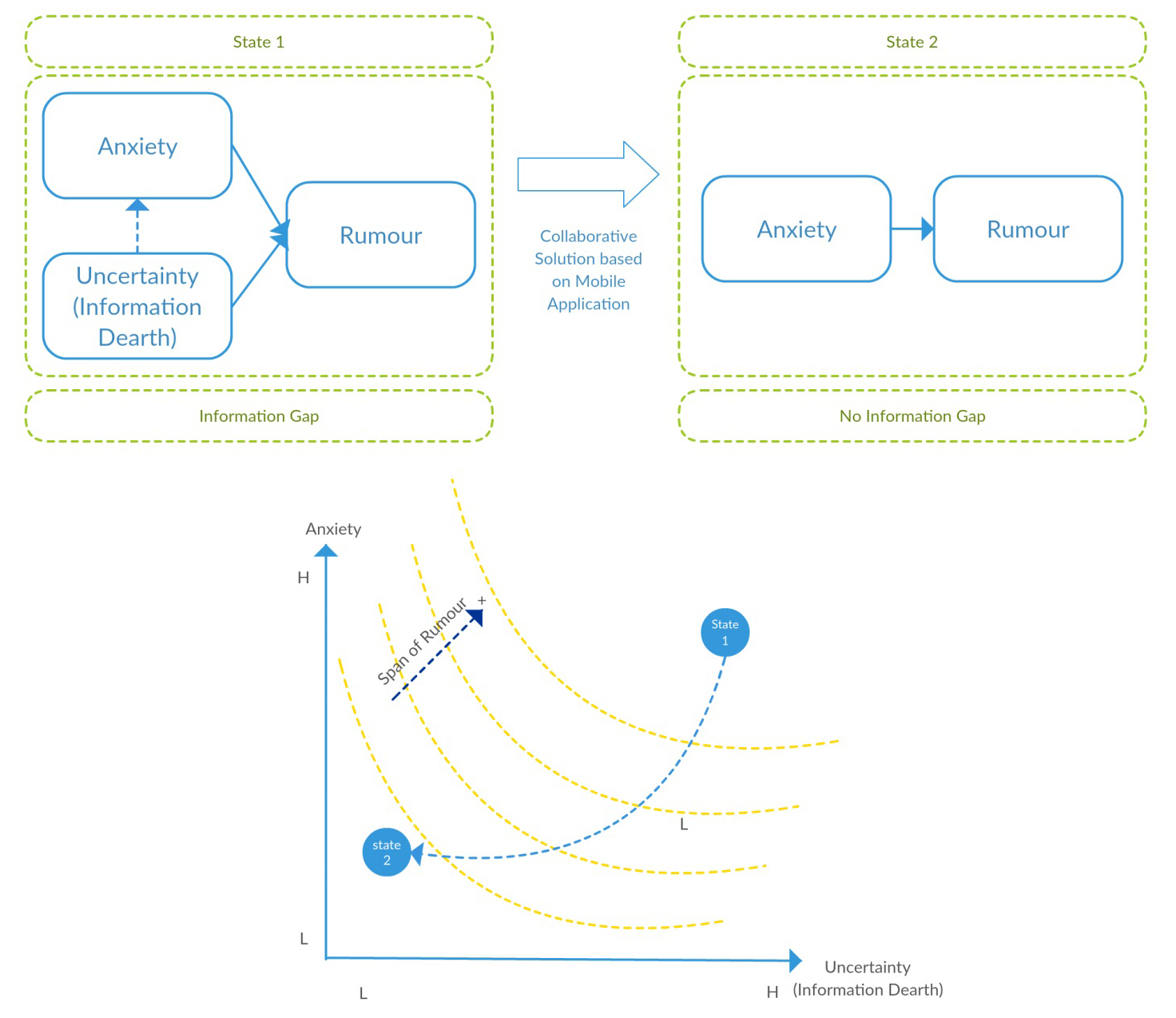 In order to build this solution, the first step is to build a model of the behaviour of rumours that is based on their collective nature. To do that rumours will be studied through the lens of network science and their topological and epidemiological aspects will be clarified. To enable computers to recognize rumours we are going to identify those features with the highest capability of describing various aspects of rumours. Besides their pre-specified features we also extract their network characteristics.

After modelling a rumour as a collective phenomenon, in the next part of the research the impact of context will be measured. In this part we will see how different features of rumours behave in a crisis context. It will lead us to detect critical and redundant features. Also, it will let us identify features with same and features with different behaviour within different contexts. In the final stage of the project, in order to have an assistant, a dashboard will be designed and implemented which will provide a map of any chosen rumour and show similarities between the flagged message and known rumour patterns. This novel mobile application will provide the opportunity of harnessing rumours in social network in a cheap, non-invasive and democratic way.

Before joining Faculty of Technology, Policy and Management of TU Delft, Amir did his BSc in software engineering and MSc in business and economics. He is highly interested in modelling social phenomena using mathematics and data science which is one of his most important reasons for joining to NervousNet. Now, Amir is doing his PhD under supervision of Dr. Scott Cunningham, Prof. Bartel Van de Walle and Prof. Dirk Helbing in the broad topic of rumour studies.