Energy networks with no more outages. Accurate weather forecasting down to street level. The very best cloud services always at the lowest prices. If the Systems Engineering research group at TU Delft has its way, these scenarios will no longer be dreams for the future, but today's reality.

The modern world is full of large-scale socio-technical systems, such as the Internet, the electricity grid and the road and inland waterway networks. These are often highly complex systems because of their complicated technologies and the multitude of organisational layers they involve. This is why socio-technical systems are difficult to manage. Researchers at TU Delft are now working to automate some of this complexity. If they are successful, stakeholders will no longer need to be concerned about operational control but will be able to focus on strategic choices for the whole system.

A concrete example of this is the RobuSmart project, funded by the Netherlands Organisation for Scientific Research (NWO), which is focusing on the robustness of electricity networks (smart grids). “One of the key problems with smart grids is the risk of blackouts”, explains Martijn Warnier, Assistant Professor in Systems Engineering at TU Delft. “If the electricity grid is overloaded, cables can break, or the system is disabled in order to prevent damage. The remaining power then spreads across other cables, again likely to cause overloading and broken cables. The result can be a major blackout. With RobuSmart, we are attempting to quantify the robustness of smart grids. This will enable us to identify which electricity grids are most likely to have blackouts. Our plan is to use this information to introduce intelligence into the system.”

Smart grids are often systems of such great size (on the scale of Europe itself, with numerous transformers and cables) that they need to be controlled locally. “You cannot simply put a computer in one place that will control everything”, says Warnier. “You need to introduce local intelligence into the system, for example at junctions in the network. By calculating robustness at a local level, we can give the network self-healing properties: when a cable starts to become overloaded, power will automatically be distributed via an alternative route. The system will then solve the problems itself. If we are successful in this, stakeholders will no longer need to worry about issues like robustness, but will be able to focus on other aspects, such as the connection of more renewable energy sources to the power grid, like wind and solar energy.”

SHINE is all about the smart monitoring of numerous different information flows. In an urban area, such as Rotterdam, there are all kinds of different sensors: these range from radar systems for trams and measurement equipment for air quality to the smartphones people use to tweet messages and photographs, for example of the local weather. Warnier: “The question is this: how can we link up the data from all of these sources, which have different owners, to each other? And then provide access to this data in such a way that policymakers and the public can consult and use it in a smart way, for example in the form of an app?”

For example, SHINE could make superrouting possible: which route should you follow, taking account of your health (air pollution, hay fever), energy consumption (wind speed, hills), noise, ambient temperature and road closures? SHINE can also provide crucial information for planning outdoor activities, such as festivals. “Another important aspect of our research is that we aim to make the information flows in the system self-organising. The end user should not have to worry about which sensors need to communicate with each other. ”

Sensing Heterogeneous Information Network Environment (SHINE) is the flagship project of Direct (Delft Institute for Research on ICT), which runs from 2012 - 2015.

Another promising research project involves Infrastructure As a Service (Iaas). This fast-growing form of cloud computing enables computer users to access a virtual infrastructure according to need. The service provider owns the hardware and the customer only pays for what he or she uses. “In this market, cloud providers apply prices that vary widely, because they engage in spot pricing. It is also very easy to import information into a cloud but equally difficult to export it again. This causes problems for price-conscious Iaas users who want to change clouds.”

Warnier and his colleagues have developed a service that monitors the latest prices offered by cloud providers, negotiates on behalf of the customer and ensures that the agreed service is automatically migrated. The service also regularly checks whether the cloud service provider is keeping to the service level agreement. “This means that the end user has the best cloud service for the best price without needing to continually monitor prices and take action to switch providers.”

There are numerous new challenges ahead, including the European project CIVIS: Cities as drivers of social change. “Households can already generate their own electricity and sell any overcapacity to physical power grids”, explains Warnier. “But CIVIS goes even further: if households can produce power, they can also join forces and organise their own virtual electricity plant. This would enable groups of friends or special interest organisations to sell their overcapacity but also donate it to social causes, such as a school or local hospital. We are now planning to research whether we can develop technology that will enable these communities to form. The first pilots will be launched in October 2015 in Stockholm and Trento.

Image: "A power blackout in a large part of Manhattan during hurricane Sandy (October 2012). An example of how vulnerable infrastructures (here the power grid) can be for failure under extreme circumstances.”
© Creative Commons/TenSafeFrogs 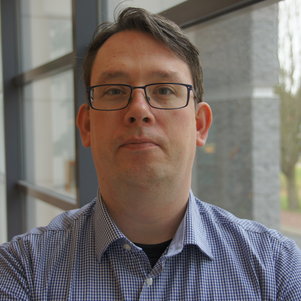