What is the project about?

The choices people make are partly determined by their attempt to prevent regret at a later stage. This idea inspired the ESS department (section TLO) to develop its ‘random regret minimization’ (RRM) model: an econometric model that analyses and predicts the choices people make.

What problem is solved by the project?

Practically without exception, choice models are based on the Nobel prize winning principle of random utility maximisation (RUM). The regret model is also a choice model, but it differs in terms of the decision-making principle: the RRM model assumes that when making choices, people’s primary urge is to minimise regret after the event. The regret model is easy to use and fits in well with the econometric techniques developed for the utility model. Despite this, the analysis results and predictions of the RRM model differ significantly from those of the traditional RUM choice models. The model reveals something different and new. For example, the regret model predicts that people will happily choose compromise alternatives, that is, options that score reasonably well on all factors and not extremely well or badly on any of them. This compromise effect has long been known in psychological literature but has been ignored by many in the choice modelling community because it was deemed to be irrational and difficult to capture in econometric models.

How does the project impact society?

The regret model has been received enthusiastically as an alternative to the traditional utility model. Although it was originally developed to analyse mobility behaviour in transport networks, the model has been successfully applied in many other areas not related to transport, including in health economics, environmental economics, energy and consumer marketing. Examples of applications outside the transport domain include studies into market demand for various consumer products, healthy/unhealthy lifestyle choices, patient preferences for medical treatments, tourists’ holiday behaviours, dating behaviour of singles, and poaching behaviours of Tanzanian tribes.

The model is included in several leading econometrics software packages. It is being taught in econometrics courses at various universities in Europe, the United States and Australia. The model is extensively covered in the Applied Choice Analysis study book (Cambridge University Press), a valuable resource commonly used by students as well as researchers, professionals and consultants. It has found its way into policy briefs issued by, for example, the OECD and the US Department of Energy. In close collaboration with the Dutch Ministry of Infrastructure and the Environment (Rijkswaterstaat), an RRM-based National Model System has been developed to provide forecasts and analyses of nationwide effects of transport policies. 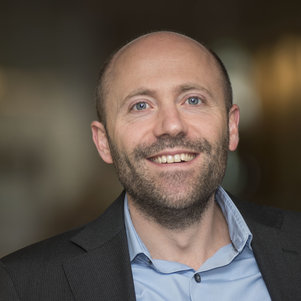