What is it about?

What problems does the approach intend to solve?

Highly promising innovations sometimes fail because ethical and societal questions are not taken into account in good time. Examples are discussions about the extraction of shale gas, the electronic patient file and the smart energy meter. The broad and widespread implementation of technology throughout the modern world generates specific social and moral problems. These problems are often recognised and addressed only when technologies are already in the implementation or utilisation phase, which creates a tension between actual technological outcomes, including technological risks, and expectations in society. If one brings ethics and engineering together at an early stage, moral values like privacy and autonomy can be included in the design phase of new systems, creating more support in society and helping to prevent innovations from unnecessarily coming to a standstill. RRI research aims at being relevant to practical decision making at the level of engineering and that of policy and societal decision making.

What has TPM done to spread the RRI approach and put it on the agenda?

The VTI department plays a major role in putting RRI on the agenda in the Netherlands and abroad. Jeroen van den Hoven has been a driving force. In 2011 he chaired the EU expert group that identified policy options for strengthening RRI. The report formed the basis of the decision of the European Commission to devote approximately €500 million of the Horizon 2020 budget to RRI. This approach was reconfirmed in the EU Rome declaration (2014) on RRI, which calls for implementing RRI in European technological and scientific research and innovation and cooperation across all sectors and between all stakeholders to strive for inclusive and sustainable solutions to our societal challenges.

The EU developments were grafted on initiatives developed in the Netherlands. In 2005 Jeroen van den Hoven initiated the programme on Responsible Innovation (MVI) within the Netherlands Organization for Scientific Research (NWO). The programme has been running successfully in the Netherlands and has been adopted by the official Dutch Innovation Policy Platform (Top Sectors) of the Dutch government as a cross-cutting theme. The Department of VTI has been exceptionally successful in acquiring funding under this programme. It has also had a wider impact on thinking about innovation and policy. In 2015/2016, Van den Hoven chaired a national committee on Privacy and Big Data commissioned by the minister of Economic Affairs. It culminated in a report for parliament that recommends responsible innovation with Big Data and that draws on insights gained in relevant research.

VTI leads the RRI Task Force of CESAER (Conference of European Schools for Advanced Engineering Education and Research – an association of 51 leading European universities of science & technology and engineering schools in 26 countries). The aim of the task force is to raise awareness of the social and moral responsibilities of engineers and applied scientists in the 21st century and to get RRI included in education programmes. A MOOC on responsible innovation given on the EdX platform attracted over 10,000 students from varying backgrounds and from all over the world.

VTI initiated Responsible Port Innovation projects both in the Netherlands (e.g. at Maasvlakte 2) and abroad, in cooperation with China, Vietnam & Indonesia. In the recently acquired EU Horizon 2020 PRISMA, eight pilots projects will be run with companies in RRI and contribute to spreading the RRI approach to industry. Together with the Delft Centre for Entrepreneurship (DCE), VTI investigates how companies, in particular start-ups, can adopt the RRI approach in their businesses. VTI’s Victor Scholten and Jeroen van den Hoven are involved in the project of an EU prize for Responsible Innovation of a consortium of large European foundations that established an award for the best European Responsible Innovation. 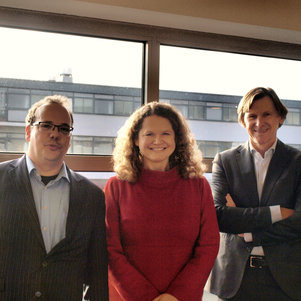