The maximum speed on Dutch motorways is set to be reduced to 100 km/h soon. This measure is expected to reduce nitrogen deposition to a sufficient extent in the short term to enable important construction projects to proceed. Bert van Wee, Professor of Transport Policy, has been closely monitoring the issue of speed for many years.

The Netherlands is in the grip of a nitrogen crisis, or more precisely, a nitrogen deposition crisis: “Nitrogen makes up almost 80% of the air we breathe. Traffic emits pollutants into the atmosphere, including nitrogen oxides, which are deposited on the ground. This deposition of nitrogen compounds is the main problem,” explains Bert van Wee. “According to calculations by the RIVM (Netherlands National Institute for Public Health and the Environment), traffic only accounts for around 6% of this deposition. If cars, vans and motorcycles start driving at 100 km/h instead of 120 or 130, this will reduce deposition by a few tenths of one percent. Although nature will not notice the difference, the reduction will make it possible for several construction projects to go ahead. This is why politicians have now opted to reduce speeds to 100 km/h.”

According to Van Wee, the plan to reduce the speed limit primarily offers advantages. First of all, the intended aim: reduced emissions of pollutants, such as nitrogen oxides. Emissions of the greenhouse gas CO2 will also fall. This is because cars travelling at 100 km/h are 25% more efficient than cars at 130. “There’s also the added advantage that people will drive fewer kilometres in the long run. The theory of constant travel time suggests that we spend on average 60 to 75 minutes travelling per person per day. The traffic infrastructure is much better now than it was in, say, 1950, but this doesn't mean that we've increased the amount of time we spend at home, it just means that we travel more kilometres. We accept a job further away from home, or travel to visit friends in the evenings, etc.,” explains Van Wee. “So, if speeds are reduced and travel times increase, car use will decrease slightly. That will also reduce CO2, although the effect of a more efficient car at a lower speed is much greater.”

Cars also make much less noise when they travel more slowly. German motorways often apply speed restrictions at night as a way of preventing noise pollution. “It’s rather bizarre that we’ll soon actually be allowed to drive faster at night. The time of day makes no difference to nitrogen emissions, but night-time traffic causes much more noise pollution. Although it does have advantages in terms of safety, because roads are quieter at that time.”

Driving at 100 km/h is also much safer. At speeds above 100 km/h, every kilometre faster results in 3 to 4 percent more fatalities. Part of this is pure physics: the energy of a collision is equal to half the mass of the object times the square of its velocity (1/2mv2). “The impact is therefore much greater, and the likelihood of accidents is also increased. Lorries drive at 80 to 90 km/h and passenger vehicles between 100 and 130; the discrepancy between these speeds causes more accidents.” Finally, traffic congestion will also fall if we drive at 100 km/h and this is not only because there will be fewer accidents. “Lower speeds allow more vehicles to fit onto a motorway lane, because drivers maintain a shorter headway distance. This advantage is at its greatest if we drive at 90 km/h, but 100 is already much better than 120 or 130.” Less congestion also means that travel times become more reliable.

With so many advantages, it is a wonder that we are allowed to drive at 130 km/h at all. “Its introduction was controversial at the time”, says Van Wee, who worked on a study into the effects of this kind of speed increase in 2011. “There was no parliamentary majority for it, but the VVD (Liberal Party) included it in its manifesto, so they managed to get it through in the negotiations to form a coalition.” Van Wee suspects that emotion played a decisive role in its introduction. “Some people just enjoy driving fast. Their thinking is: the road can take it, and so can my car – so why shouldn’t it be allowed?” Not everyone shares that opinion: “Some elderly people daren’t even venture onto the motorway if there's a risk of someone speeding past them at 130. If you want to take into account the fact that some people prefer driving at 130, you should also consider those who would prefer not to allow it.”

But that did not happen. At the time, the decision was made based on a cost-benefit analysis that placed important emphasis on the role of reduced travel times. “The difference was no more than just a few minutes – around 3 minutes between Rotterdam and Utrecht. Even driving from Groningen to Maastricht, you would really have to put your foot down to shave off a quarter of an hour,” says Van Wee. “But these small amounts all add up. We actually know what people would be willing to pay for a shorter travel time: it’s around ten euros per hour.” That means that twenty people each arriving three minutes earlier every day would amount to ten euros, according to the cost-benefit analysis, but Van Wee believes that this calculation needs refinement. “No account was taken at the time of the fact that people probably appreciate the time saved per hour from minor travel time reductions less than they do if the reduction is greater.”

The rest of the study also relied on wishful thinking. “According to the calculation, there were more disadvantages than advantages until a tipping point was reached. Applying a very long time horizon meant that the positive balance appeared significant,” says Van Wee. “But almost nobody understood the details of that calculation. The tipping point was in the future, and, based on that, we still had years to wait before introducing the speed increase in any case.” With the knowledge we have now, the tipping point would also have been somewhat further into the future. “The study made the assumption that increasing prosperity would make people willing to pay more for a shorter travel time; that increase in income has probably been smaller. Another assumption was that cars will become much cleaner and efficient, but fuel efficiency tests are still unreliable and emission tests were rigged, as Dieselgate showed.”

Van Wee himself has few problems with a reduction in the maximum speed. “I have no time for constantly fluctuating speed limits; I can’t be bothered to adapt all the time and simply drive on cruise control at 100. As a citizen, the introduction of 130 is therefore of no benefit to me,” he says. “As a scientist, I have no opinion about it, but politics must be able to weigh up the advantages and disadvantages. In other words, the House of Representatives needs to be informed clearly and neutrally. In my view, the evidence presented for the 130 km/h speed limit was misleading. I was more concerned about the fact that the information provided was not fit for purpose than the speed increase in itself.”

In terms of its content, the speed issue fits perfectly within Van Wee and his colleagues’ research. “My focus is on strategic and policy-related issues that are of relevance for the slightly longer term. Issues such as the important innovations we anticipate in transport, including self-driving cars or more electric transport. How should we approach the future of aviation in the climate debate? Or, indeed, the consequences of different speeds on the roads,” he explains. “Many of these issues involve the need to make an assessment of the expected effects, in terms of such things as travel time, traffic safety, CO2 emissions, fuel consumption, expenditure on infrastructure, noise pollution, etc. Every intervention has its own advantages and disadvantages. Part of our research focuses on how these should be assessed.”

Often evaluations of this kind are based on a cost-benefit analysis. “We attempt to quantify the effects of a measure and work out what it will cost. For example: what would the costs for society be if 1,000 houses experienced three decibels more noise pollution? But these costs are largely based on how people behave as consumers. What is a consumer willing to pay for a shorter travel time, a more efficient car or less congestion?” There are alternative approaches. Research conducted by Van Wee’s colleague Niek Mouter reveals that people’s preferences as citizens are often different from those they have as consumers. “As citizens, for example, we prioritise safety over travel time more than we do as consumers.”

Van Wee also explores the moral aspects of traffic and transport. “Decisions that affect the climate, such as driving at 100 or 130, are morally loaded. If you weigh up the advantages and disadvantages in the way that is currently done, you are only taking one moral perspective into account: utilitarianism, which places the most emphasis on utility,” explains Van Wee. “Another approach is deontology, which assumes that people must never be seen as resources and thus fall victim to government’s actions. But if you allow drivers to drive at 130, the people with cars who still drive at just 90 or 100 are running greater safety risks. Is that morally acceptable? I have no clear-cut answer to that, but morality is definitely part of the speed issue.” Back to all stories
More stories about the theme:
Urbanisation & Mobility 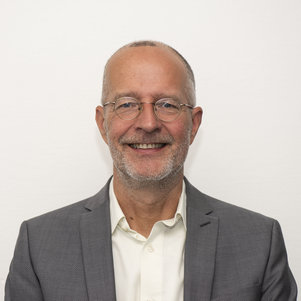 In a densely built-up country like the Netherlands, key sources of nitrogen emissions – industry, agriculture and traffic – are never far removed from vulnerable nature, such as the Natura2000 areas. This European network of protected nature reserves aims to conserve biodiversity and habitat. The aim of the Dutch government’s integrated nitrogen strategy (Programmatische Aanpak Stikstof, PAS) introduced in 2015 was to ensure that these Natura2000 areas were protected against nitrogen, while economic activities would not suffer as a result because permits were granted based on future reductions in nitrogen. In May 2019, the Council of State ruled that this prior approval is completely disallowed under the European Habitats Directive. “The current crisis is therefore actually primarily an issue of law,” says Van Wee. “It’s not the environmental issue of nitrogen deposition that many politicians see as the crisis, but rather the fact that construction projects are now coming to a standstill."