Today’s society is faced with the challenge of communities that do not really participate in society. They keep to themselves and hardly interact with others in public spaces. This is often the case in urban districts. The municipalities of Rotterdam and The Hague embrace this challenge as an essential element of social resilience and want to address it in a positive way, through serious gaming. In the research project ‘Secrets of the South’ TPM researcher Xavier Fonseca focuses on the design of meaningful social interaction by making use of multi-player online games: “I want to contribute to making these groups feel they belong.”

Secrets of the South

“The game Secrets of the South has two goals: providing an opportunity for social interaction between communities with different ethnicities by lowering social barriers, while at the same time promoting exploration of the neighbourhood, to make people feel they belong”, says Xavier. TU Delft initiated the project as part of the participatory systems initiative (www.participatorysystems.org), and approached representatives of the municipality in Rotterdam to get into contact with primary and secondary schools in the South of Rotterdam. A group of adults in the Southwest part of the city of the Hague joined in later through existing contacts with social workers.

Xavier wanted to involve school children and adults in the design of the game, since they are the main target groups. At the schools we made an inventory of what children like to do after school in their neighbourhood. “Here we heard that most of them go home and do not play outside with friends, and that most of the times they do not have much to do in the neighbourhood. The children all came up with outdoor activities that could be incorporated in the game, for example, do parkours and see who is the fastest, how to play together without speaking the same language, or even interviewing people about what they do at Zuidplein. To foster social play in public spaces it was important for the activities to be location related, similar to geocaching. Only in this way children would get to know their neighbourhood better and feel more at ease in their surroundings.

The game has been designed in cooperation with the TU Delft Gamelab and Orbit Games. It was tested with the school children in Rotterdam and with the adults in The Hague. Results so far are promising. Interaction with other people increased. Xavier: “During the game each child engaged with seven up to ten persons they had never met before in order to solve challenges such as how to say ‘how are you’ in seven different languages or finding a person that could rap with them inside Albert Heijn. The adults were dared to do tasks like solving a puzzle together or ask strangers with a different cultural background what they like in their neighbourhood which resulted in nice conversations”.

The pilots provide important input for Xavier who studies the types of requirements that need to be met and incorporated in system design for such games to be played successfully in public spaces, for positive social impact. Xavier: “An important finding is that the challenge designs have to be co-designed with citizens for the game to be effective at fostering social interaction, as they have unique knowledge about their own neighbourhood”. This is especially relevant since the game can be played virtually in any urban environment, but must be customised to its identity. The game will become available under an open source license, so that other researchers in the future can use the game in their own research. Currently designed for social interaction, future researchers can appropriate and explore the game to study this and other socially relevant phenomena.

‘Secrets of the South’ can foster social interaction and neighbourhood exploration not only in the Netherlands, but also abroad, and it is currently available in Dutch, English and Portuguese.

Back to all stories
More stories about the theme:
Responsible Innovation
Serious Gaming 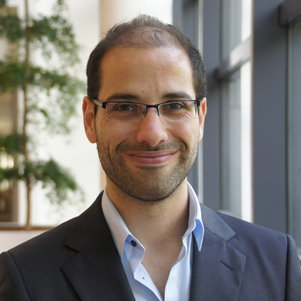