Conventional cars that run on fossil fuels no longer meet today’s needs, certainly not in view of the Dutch government’s target of being CO₂ neutral by 2050. A combination of hydrogen cars and battery electric vehicles, are the way forward as stated by the TPM researcher Samira Farahani. She and other researchers at TU Delft are working on Professor Ad van Wijk’s concept of the 'Car as a power plant' (CaPP). In this concept, hydrogen cars will act as power sources in a sustainable energy system in which electricity from renewable energy sources such as wind and solar power is converted into hydrogen.

A car that runs on hydrogen needs a fuel cell to run the electric engine and a hydrogen tank to feed the fuel cell. The fuel cell converts hydrogen into electricity. The advantage of cars that run on hydrogen or a hybrid car (combination of hydrogen and battery) is that they drive for a longer range compared with battery electric vehicles. Farahani: “Hydrogen passenger cars, nowadays, drive up to 600 km, which is way more than the average driving range (350 km) of battery electric vehicles." Moreover, refuelling is quite fast, between 8 to 10 minutes, which is another advantage compared with the charging time of the battery electric vehicles. Better still, a fuel cell car can act as a power station. “When parked, a hydrogen car can feed electricity back to the grid and thus act as a buffer for fluctuating renewable energy sources such as wind and sun to provide a sustainable energy system. The car then becomes an energy supplier for a residential area or an office complex, for instance" explains Farahani.

Although the conversion of electricity to hydrogen and vice versa is not efficient, its use is attractive because of the unlimited availability of wind and solar energy worldwide. Farahani: “For example, 10% of the solar energy generated in Australia can meet the annual global energy demand of 155,000 TWh. Furthermore, much more energy can be stored in molecules (hydrogen) than in electrons (electricity); hydrogen can be stored efficiently and cheaply in, for instance, depleted gas fields or salt caverns, as opposed to electrons that require large batteries or a significant expansion of the electricity grid. This makes hydrogen a perfect energy carrier."

CaPP sounds like an ideal concept, however so far, hydrogen passenger cars have not gained the popularity of the battery electric cars. This is mainly due to the currently limited infrastructure. In the Netherlands, there are now only three operating hydrogen fuelling stations. To increase the popularity of the fuel cell hydrogen cars in the Netherlands, we need to invest heavily in hydrogen fuelling stations, according to Farahani. In addition, the CaPP concept needs to be further tested in real life environments and the vehicle-to-grid infrastructure needs to be in place.

The CaPP concept has been tested at the Green Village, which is a living lab at TU Delft. The concept design of such a system has been implemented for a real-life environment at the Shell Technology Centre in Amsterdam (STCA). Farahani has simulated the CaPP system in this controlled environment: connecting parked cars to the energy grid of the office building. She modelled the system having both hydrogen and battery electric vehicles and she used electricity, hydrogen, and a combination of both as energy carriers in the system. The simulation results revealed that a combination of electricity and hydrogen as energy carriers results in the most cost efficient energy system. The next step is to put the infrastructure in place with the help of various stakeholders, so that cars can actually be plugged into the electricity network. In addition, more cars are needed with a bi-directional socket, so that they can also act as a power source, since that is not yet the case, Farahani says. Even then, it will probably take about 10 years before the CaPP concept can be operational in practice. But once that happens, we can drive cleanly and cheaply on renewable energy sources and we will have a mobile power source to meet our energy needs.

Back to all stories
More stories about the theme:
Energy Transition
Responsible Innovation 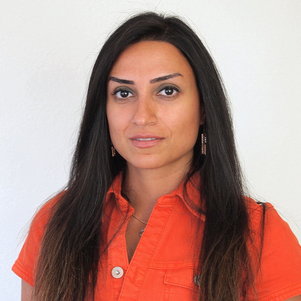 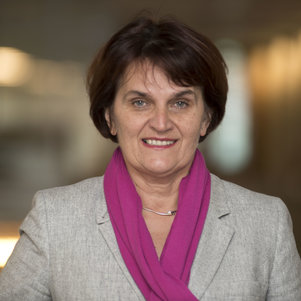