In conversation with Timo Betcke

Timo Betcke: “As a PhD student, you should try not to worry too much: It should be all about you having some fun research.” 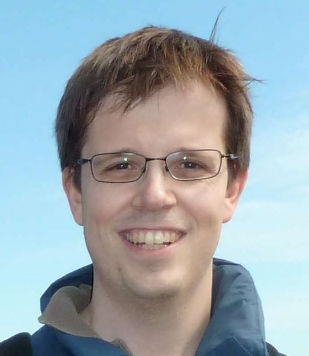 The third guest speaker of our virtual Numerical Analysis seminar is Timo Betcke, who is professor at University College London. He developed a software package called Bempp which is an open-source computational boundary element platform to solve electrostatic, acoustic and electromagnetic problems. His work is very much on the fence between engineering and mathematics and he enjoys the many collaborations he has with engineers. To all the PhD-students he would like to say: “Enjoy research as much as possible and start networking!”

Very welcome, professor Betcke. I recently read an article about how important your first boss or supervisor is for the rest of your career. How has the relationship with your PhD supervisor for you?

My PhD supervisor, Professor Nick Trefethen, was amazing. He showed me a way of thinking about mathematics that was remarkable and from which I am still profiting. Nick is quite a famous person in my field. So, initially I had to overcome my nervousness in my daily interactions with him. But I still remember the time as PhD student of him very fondly. After your PhD though it is important to start developing your own identity. A well-known supervisor is a great help to get your first postdoc. But then you need to find your own way and start making a name for yourself. The kind of work that I am doing now is quite far away from Nick’s research. Some people are actually surprised when they hear who my supervisor was. Even though my research is quite far off from Nick now we still catch up whenever possible and he is still the first person who I update on any career news.

Through the software package Bempp, that we have developed, I have a lot of interesting collaborations with engineers and natural scientists.

What is your main research focus now then?

My main research interest is scientific computing and numerical analysis. I am working on boundary integral equations for the fast solution of acoustic, electromagnetic and electrostatic problems. We have developed a software package, Bempp, in which we implement fast methods for this area and through this software I have a lot of interesting collaborations with engineers and natural scientists.

One of the projects I am working on with a PhD student is electromagnetic wave propagation in ice crystals. Climate scientists are interested in the underlying question: ‘How much light is actually reflected back by clouds and how much is propagated through the clouds?’, which is of relevance for climate models. We are looking at individual ice crystals and together with the Met Office have developed integral equation codes to compute their scattering properties, which are then used by the Met Office to study the properties of ice crystals in clouds further.

Another project, which is related to acoustics, is high-intensity focused ultrasound. I am working with a mechanical engineering group at UCL to simulate how ultrasound propagates in the lower abdomen. The goal is to develop efficient treatment planning protocols for non-invasive treatment cancer treatment modalities, where ultrasound is used to destroy cancerous tissue. Incidentally, the underlying equations are very similar to what we do in electromagnetics and there was a lot of cross interaction in terms of ideas with the Met Office project.

I think academia should not be a life goal at all cost. If it doesn’t work out, it is not the end but just a career branch to other interesting projects.

Have you always had an interest in applied projects?

It became more applied over time. When I was younger, I was writing mostly straight numerical analysis papers, because that is what you need to do to get hired in a mathematics department. But once my career track was safe, I could become a bit more independent and interdisciplinary in my projects.

Now, I am very much on the fence between engineering and mathematics: Most of my papers are actually joined with engineers. My department fully supports this interdisciplinary work. But especially in the UK with regular research reviews of all outputs of staff in a department one needs to be aware of not stepping too much onto the wrong side of the fence.

My PhD supervisor, Professor Nick Trefethen, was amazing. He showed me a way of thinking about mathematics that was remarkable.

Was it clear that you wanted to stay in academia after your undergrad?

I at least wanted to try. My idea was to try it until I am 30 or 31 years old. If I had not found anything permanent by then I would have still been young enough to easily move to industry. I think that planning an academic career no matter the cost is not the sensible way of doing it, because, to be honest, at the end of the day, whether any one of us gets an academic position or not is for a big part just random. I think academia should not be a life goal at all cost. We have so many great things going on in awesome companies. So, if it does not work out in academia, it is not the end but just a career branch to other interesting projects. Finally, one needs to think about family planning. Short term positions early on are fine. But long-term people want to start a family and need something more secure.

Are there some skills you think are necessary in academia that were already visible for you during your studies?

Something I had to learn which I did not fully learn during the PhD in Oxford, was to work really goal-oriented. Being in academia is a bit like being self-employed: you have to bring in everything in and there is nobody who tells you what to do. You need to define on your own your project and the timeline to finish it, and it is hard to learn that, especially since it seems a bit contradictory to the basic fun of research, namely just wandering around and trying out fascinating things. By the way, I think as a PhD student, you should try not to worry too much: It should be all about you having some fun research. The importance of goal oriented career planning is more a priority for the postdoc time.

A lot of developments we are going to see are driven by the potential and opportunities that software is giving us.

And now, as a professor, your work probably changed a lot. I imagine you don’t really have the time to do any research on your own?

You're hitting a nerve there! I spend a significant chunk of my time just writing research proposals, doing administrative work, and supervising. Most of my own research is in the evening; thinking about something in front of watching Netflix. I am having four PhD students and they’re doing most of the interesting implementation stuff. But sometimes I take the time. For example over the last weekend, I was reading the code of one of my PhD students and I started tinkering with it. This led to me having a few days of very little sleep and having to pick up and catch up on all my teaching stuff the Monday after. But, I did have some fun!

I think a lot of developments we are going to see are driven by the potential and opportunities that software is giving us. Modern scripting languages such as Python and Julia with their ecosystem allow us to combine high performance with high productivity. It allows us to push out software much faster and to disseminate ideas in ways that we could not easily do in the past.

I am a big fan of mixing algorithmic work together with the implementation of work: If you present and develop your method, you should try to push software as part of that. There is a growing group of people who realise this and work accordingly. I think that is probably one of the biggest transformations in numerical analysis and it is leading to much better research overall at the end.

My advice to all the PhD-students is to start networking: “Go around, talk to the big-shots, especially at the social events and get as many contacts as you can”.

Is there a lesson that you want to share which could be helpful for our PhD students?

In terms of actual advice, I would say: networking. I always think the biggest mistake many PhD students do on conferences is to mix only among themselves. They need to go around, talk to the big-shots, especially at the social events and get as many contacts as they can.

I have profited a lot from that, because, especially in Oxford, we constantly had great people coming over and Nick Trefethen forced us very much to interact with them. When we had visitors that were just even remotely interesting, he said: “Timo, sit down with them for an hour”. Later on, those people remembered me and a lot of my research connections have started from that time. Although I wasn’t really doing any stuff that was interesting to them yet, over time, as my research developed, I remembered these people and as you already know each other and get interactions going much quicker.