Victorita Dolean: PhD and post-doctoral years are like the teenage time of research: Have fun, keep an eye on the environment and find yourself a good role model. 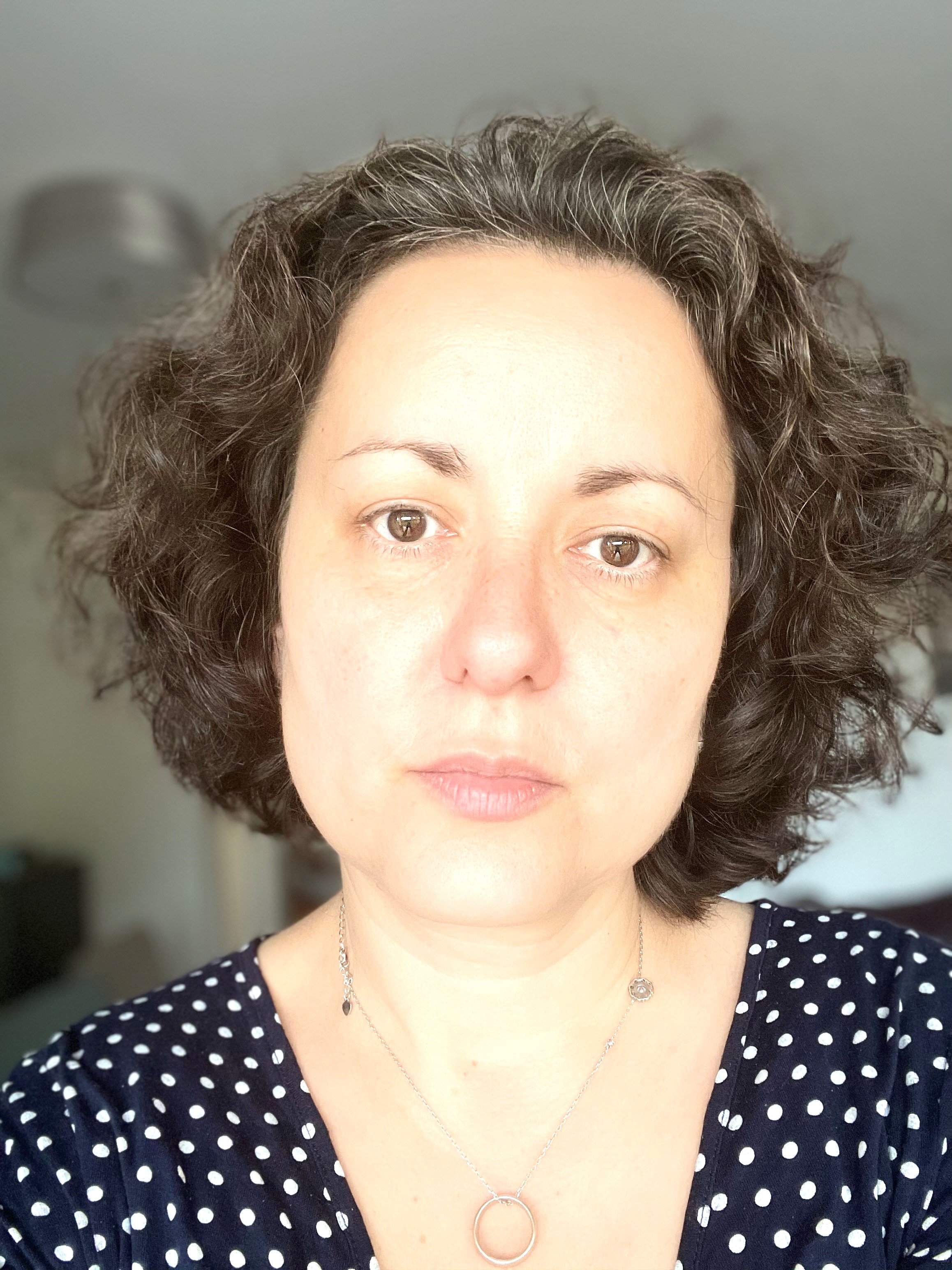 Victorita Dolean is a Professor at the University of Strathclyde, Glasgow. She did her PhD thesis at INRIA in computational fluid dynamics using domain decomposition and parallel computing, a post-doc at CMAP of Ecole Polytechnique in Paris and then she got her first assistant professor position at Evry University in Paris area, before moving to the University Cote d’Azur in Nice. She would advise every early-career researcher to look for a mentor and to ask questions to peers about career opportunities and academic life in general. Although collaborative work is less valued in academia especially when applying for a position or a promotion and she would like to see that changed, she has positively benefited from all collaborations and considers permanent intellectual exchange and sharing ideas widely as a line of conduct.

I’m very fond of problem solving: I couldn’t imagine myself without this on a daily basis.

Welcome Victorita. Can you describe your research focus briefly and how you got here?

I work on the more applied side of numerical analysis, meaning scientific computing. It consists in the applications of numerical analysis methods to the solving of problems modelled by PDEs, where the algorithmic and applicative part play an important role. What I like in that is the interdisciplinarity and the “problem solving” part going from the mathematical abstraction to the final interpretation, say in a realistic framework.

I would say that motivation and faith is the best engine, together with a role model and a good mentor to guide your moves.

When did you know you wanted to stay in academia?

Well, difficult to say… I liked mathematics at a very young age and I’m very fond of problem solving in general (I couldn’t imagine myself without this on a daily basis), but maybe during the PhD I had some doubts whether I wanted to make a job out of it. Things became clearer during my post-doc in Paris and I’ve been very lucky to be surrounded by inspiring people in a highly level scientific environment. I had my first permanent position around 1,5 years after the end of my PhD which also avoided too much questioning.

What would you recommend students to do who are in doubt because of these temporary contracts?

As I said, in my case I was lucky, but things get more difficult these days and the environment is extremely competitive. I would say that motivation and faith is the best engine, together with a role model and a good mentor to guide your moves (which are crucial in an early career). Furthermore, one should invest the maximum during a few years, but common sense says also that one should impose to oneself an upper limit. Ask yourself the question how many years of post-doctoral experience are reasonable to spent in temporary contracts with respect to your other life priorities, willingness to move geographically or other personal constraints.

PhD and post-doctoral years are like the teenage time of research where one could explore freely the chosen research topic and beyond, can play with one’s intellectual limits.

What have you learned during your PhD that you wish you’d like to share with our PhD students?

PhD and post-doctoral years are maybe the best research years in some sense: They are like the “teenage” time of research where one could explore freely the chosen research topic and beyond, can play with one’s intellectual limits and work power and above all, have fun in learning new things. Especially having fun is something that becomes a luxury in later years, where teaching, admin duties, constrained focus on project grants or managing teams, channels a lot one’s efforts and limits a lot the available time.

Having fun… but also keep an eye on the environment, have a career plan, develop a network and discuss with as many people as possible. Every senior or early career researcher outside of the usual environment has something interesting to share and a valuable lesson to learn from: ask many questions about research but also career, inquire about opportunities and academic life in different places.

What is your vision for Numerical Analysis or what would you still like to achieve during your career?

Well, Numerical Analysis and Scientific Computing are very fast-growing fields and are constantly fueled by new and challenging applications. Harnessing computer power and complexity through algorithms in order to get realistic and meaningful results is something that always fascinated me. My aim would be to have an impactful result that goes beyond my discipline and be possibly of practical relevance. Many researchers consider it contradictory with obtaining deep fundamental mathematical results, but I guess the combination of the two is not impossible.

There is a whole race on publishing, getting grants and getting visible far more than enjoying sharing and exchanging scientific ideas.

I have got a flavor of that when working on a project with electrical engineers on the detection of strokes by microwave imaging. We developed a combination of novel methods from the discretization and the solution side while performing very fast computations and showing the potential of a method in real time. Unfortunately, we haven’t got far enough to contribute actively in the design of the device which was meant to produce a real change in the detection of strokes. But … challenging applications are everywhere.

What do you learn from supervising students / from teaching?

Supervision and teaching are from my point of view very enriching aspects of academic life. (obviously within reasonable limits for the latter). Teaching is something that keeps you grounded in the real world, while it makes you questioning in depth about things, and also learn new things. As Richard Feynman said: “I DON'T believe I can really do without teaching. The reason is, I have to have something so that when I don't have any ideas and I'm not getting anywhere I can say to myself, "At least I'm living; at least I'm doing something; I'm making some contribution"--it's just psychological.” At a different level, so is supervision but where you have a heavier load: guiding someone through research possibly in the right direction and find the energy to give inspiration and motivation even when you don’t have :-).

Do you have anything that you would like to see changed in the academic world?

Here we come to a few things I don’t like in academia, especially in mathematics: Collaborative work is less appreciated and individual ownership of ideas is a key when one wants to find a position and needs to prove that she/he is capable to do the job. Later on in the career, there is a whole race on publishing, getting grants and getting visible far more than enjoying sharing and exchanging scientific ideas. This phenomenon is exacerbating more and more: academic life is becoming more about management, strategic planning of topics and collaborations, panels and highly placed committees. Keeping the space for exploring new and risky ideas is not impossible but many cannot afford this luxury by lack of time, money, permanent position or other pragmatic reasons. There is a wonderful speech at the Academy of Science of Laure Saint-Raymond a famous French mathematician that goes around these lines. If you speak French, or by the help of Google translate, have a look at this very inspiring speech (“The science I am dreaming of”).

I would say the following to female scientists: “There is plenty of place for you, so work, persevere and especially don’t take failure and criticism too personally, but above all… find a good mentor

We still see a lack of female scientists, especially higher-up, in numerical analysis. How have you experienced climbing the ladder in academia, is there anything that you would advise current female students, or you’d advise the permanent staff members about what they can do to hire more women?

Well, this is a debate in itself and I could spend hours in sharing what I learnt from my experience (I’ve been personally involved in some “Women in Maths” type of initiatives). But if I were to summarise, I would say the following to female scientists: “There is plenty of place for you, so work, persevere and especially don’t take failure and criticism too personally (careful also to the imposter syndrome) but above all… find a good mentor”.

There are a lot of biases and most of them penalise women: Speak up when they happen, progress and also produce a change in the system later on.

The bad news is: there is no such a thing as pure genderless meritocracy as there are a lot of biases, starting from the recruitment in research institutes and most of them penalise women. These biases persist all along the career: when getting grants or getting a promotion for example, or even once promoted when some still question legitimacy. This doesn’t mean things are hopeless but we need to be aware of them in order to counter attack their effect: speak up when they happen, progress and also produce a change in the system later on. We need to be aware the Matilda effect in academia is a reality, so the choice of good collaborators is important.

I thrive in research seen as a team work and intellectual exchange.

What is a clear characteristic that you think you posess that have helped you in doing research. Have you always been like this , do you also see this in other activities you take on?

You need to be naturally curious and have an explorer spirit. But also gritty (persistent, resilient, passionate all in one). I personally I like the most interacting with people and I thrive in research seen as a team work and intellectual exchange. I learnt a lot from every little collaboration I had, research visit, conference or new assignment or positions (even the negative experiences have valuable lessons): I guess these interactions made me evolve into what I am now (this was a slow but continuous process) and I hope this will continue positively.

Victorita will speak on our Numerical Analysis Seminar, May 21.