Xavier Claeys: “While I was learning how to program, I started to discover the beauty of numerical analysis” 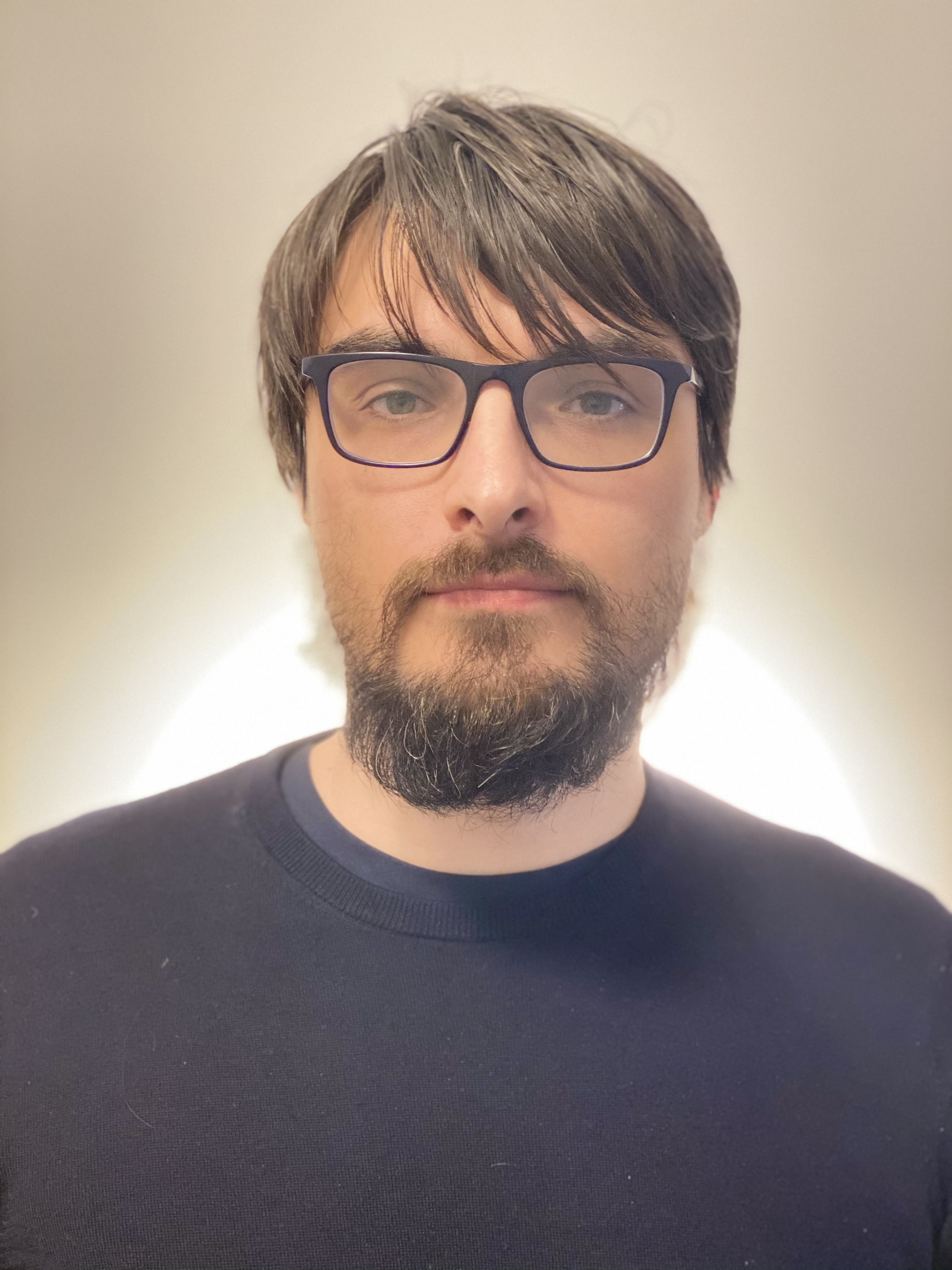 Assistant Professor Xavier Claeys (France) is known for his work on Boundary Integral Equations, mainly applied to wave propagation problems. He created his own software package called BEMtool, that aimes at solving these multi-trace formulations. He got interested in programming during his PhD, where he saw the beauty of predicting something with theory and touch it with programming.

Can you take me on your journey from high-school to becoming Assistant Professor in Numerical Analysis? Was it a big moment that you decided to study math or to make the choice of pursuing a PhD?

I got really interested in mathematics at the end of high school. I had a really good math teacher using very rigorous logic in his lectures which I was really pleased about: He was a kind of a revelation. Before that, I was at ease with mathematics, but I didn’t have a big interest in the discipline. I have always been interested in science in general, I was especially thrilled about astrophysics and theoretical physics.

After high school, I went into a two-year preparatory program, called Classes Préparatoires and, two years later, joined a school of engineer specialised in aeronautics, located in Toulouse. The curriculum at the school of engineer was not mathematical enough for me, so I also registered for a mathematical program at Université de Toulouse. I could not attend the lectures, because I still had to attend my classes at the school of engineer, and I also didn’t have access to lecture notes, but I did got access to the syllabus and bibliographical suggestions. This was the first time I started reading the math books, including those by Walter Rudin, Claude Wagschal or Haïm Brezis. I got interested in real and complex analysis, distribution theory, functional analysis, and all these theoretical subjects. At the end of my school,  we were encouraged to study somewhere else, either abroad or in another institution, and I decided to go into a school where I could at the same time validate a Master program in mathematics and in engineering.

It is really magical that you predict something with theory and then you can touch it with programming.

So you finished your bachelor in Toulouse and then you went to do your masters, if I understand that correctly?

When I left Toulouse, I had obtained a Bachelor and Master 1 (first year of a master program) degree. Then I started a Master 2 in both engineering and mathematics at ENSTA, a School of Engineer now located on the campus of École Polytechnique.

There was a very good department of mathematics at ENSTA, called ONDES (renamed POems since then), that was specialised in wave propagation. I really loved the mixture between mathematical applications and theory, that was given through the lectures by the members of this team, and I was really interested in science, so there was no doubt that I wanted to do a PhD and I finally decided to prepare a doctoral thesis in this research group.

The goal of my thesis was to derive a numerical scheme, that is computationally as cheap as possible and at the same time as precise as possible, to model the electromagnetic scattering by perfectly conducting thin wires. A subject that was really oriented towards programming and not only modelling.

At that time, I was not familiar with programming. Prior to that time, I had always been more attracted by theory. I thought that incorporating a real programming ingredient in my thesis would make my research activity more applied and there might be more job opportunities in the future. While I was learning how to program, I started to discover the beauty of numerical analysis and programming: the connection between experimental and analytical aspects of math. It is really magical when you predict something with theory and then you can touch it with programming. This was when I really started to get interested in programming and its relation with mathematics.

There is another important aspect of this job that is at least as difficult as answering questions: asking questions

And after your PhD, you were sure you wanted to go for a post-doc?

At that time, I was really sure that I wanted an academic career, so I looked for a post-doc, and I got the opportunity to take a post-doc position in ETH Zurich in Switzerland.

I had an idealistic idea of academic careers and the job of researcher. There are many aspects of the job that I still had to discover. For example, during the PhD thesis, one of the aspects is that you are asked a question and what you are supposed to do during the PhD thesis is try to answer this question. What I discovered later, is that there is another important aspect of this job that is at least as difficult as answering questions: asking questions, finding interesting and relevant research subjects. It was difficult for me to get familiar with this activity.

At ETH Zurich, I was expected to stay for three years working on boundary-integral formulations of waves, a field I was not familiar with at that time. Although the position itself was really interesting and I worked with actual research engineers which I really liked,  the subject of my postdoc was new to me so I was not very productive. A first job opportunity in Toulouse made me move earlier than primarily planned and, although from that point I had the freedom to choose my research topics, I kept working on boundary integral formulations because I wanted to finish what I had started during my postdoc.

So when you got in Paris, why did you decide to start again working on this topic if you had difficulties with it?

I continued working on my post-doc subject, because I had invested in that direction and had gained some experience about it. What a pity would have it been not to obtain sound scientific results on this topic.

This is where started the so-called Multi-Tracre formalism, a theoretical framework for dealing with boundary-integral formulations of wave propagation in multi-domain settings. While it stemmed from a truly applied subject with actual engineers, and was related to domain decomposition and concrete numerical analysis, this framework was at first purely theoretical which was not very satisfactory: if I really wanted to do something serious scientifically with this subject, I needed to confront the theory with numerics.

I decided to try to implement this, but there were only few numerical codes and libraries available for boundary-integral equations. So, even though I was a beginner in programming, I decided to try to code it from scratch by myself. I thought that it would be a good opportunity to simply learn. Later, I developed my own boundary-integral equation library, called BEMTool, that only primarily aimed at solving Multi-Trace formulations.

Later on, when I arrived in Jacques-Louis Lions laboratory in Paris, I met strong experts in domain decomposition and high-performance computing. I thus decided to really get interested into domain decomposition and spent a couple of years trying to import in this new field my theoretical framework on multi-domain scattering for integral equations. This is what I’m doing now.

Try to make your science as pleasant, as beautiful as possible.

It seems to me that certain principles are important for delivering quality science and I try my best to follow these principles. In that respect, scientific integrity is certainly  very important. Besides, you should to try to find objective evidences that what you are doing is relevant, so theory should be confronted with experience when this is possible. A good researcher should try to communicate what he does as much as possible. He should try to make the results of his research as accessible to as many people as possible. Making articles clean and nice and easy to read attracts more readers and makes it easier for readers to understand what you are doing. This also helps unraveling things that had remained unnoticed at first sight. In my opinion, good science also has to do with aesthetics: try to make your science as pleasant, as beautiful as possible.

Can you elaborate more on what you mean with integrity?

What I mean by integrity is intellectual honesty. Let me give a concrete example. When working with students, it is not always clear what they know exactly. Some of them may be hesitant, not daring to mention that they get lost in technical details of a conversation. I suppose they can be somehow scared that I would judge them. However saying “stop, I do not understand” is important, it avoids loosing time, and makes team work more efficient.

Of course, this also applies to myself. For example, I regularly have to review research articles and, fortunately, many of them are excellent and very interesting. However, there are also research articles that are not very good or they are good but not very well-written. It would be easy to get rid of my reviewer duty, writing in my report that such articles are of good quality and that everything is fine. But, even if this is not easy, I believe it is important to find a way, as diplomatic and as smooth as possible, to explain what is not satisfactory and what should be improved.

Behind the bright success, there are many failures.

Are you also teaching this to your students?

Unfortunately not directly because these are scattered considerations that I learned through personal experience. It seems difficult to formalize this making it a proper subject of teaching. However, with informal discussions, I try to help my students understand these considerations by themselves. This is all about communication and human relationship. And in the early stages of my career, I was only focused on mathematics, only paying attention to equations. I did not expect that human relationships and communication would occupy such huge importance in my everyday job.

Speaking about human relationship, I also realised how important it was not to take things personally and try to stay professional, try to stay emotionally detached from the work. For example, when submitting a research proposal that ends up rejected, one should learn to being not too much upset. This is something common in an innovative context and I believe that, for example, entrepreneurs in start-ups are accustomed to this. Behind bright successes, there are often many failures.

I think that there will be more mixture between deterministic modelling of physical phenomena and dealing with randomness.

Can you tell me what you expect from Numerical Analysis in the future?

This is difficult to answer, because I’m not a senior researcher, but I already had the opportunity to see a few trends in applied mathematics. Subjects of which people got really thrilled about for a couple of years, and then after a while, the trend goes to another topic, and so on.  But in the recent years, there has been a lot of attention paid to artificial intelligence and machine learning and I suspect that this is not a trend. This will remain in the scientific landscape, in mathematics, and computer science. In my opinion, this has to do with global digitalisation: It is not just a scientific trend, it’s connected to a change in the society.

Of course, I expect that computer science will play an increasing role in the future of numerical analysis, and in mathematics in general.

·       Xavier Claeys will talk in the next NA seminar on January 15th. Register here for the seminar.