Afro Dance Styles is a combination of energetic dance styles that originate in Africa. The style derives from Kuduro, an Angolan dance style that evolved during a period of war, making it quite a ‘hard’ dance style. Besides elements of Kuduro, Afro House also has a softer, more cheerful side, inspired by - among other styles - Pantsula, a dance style developed in South Africa and discovered by Angolan youth on their travels. They were the ones who developed the mixed dance style into the form we now know as Afro House.

During these lessons you will get to know various African styles, such as ndombolo, afrohouse, kuduro, azonto etc.
You will learn various basic steps which will also be applied in choreographies.
Everything is danced on African pop music and you will imagine yourself to be on the African continent for a while. 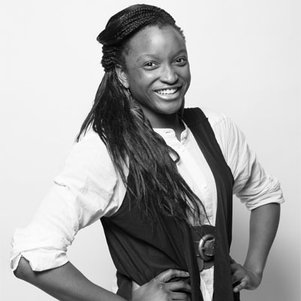 Patricia started her dance career in the underground dance scene, where she followed lessons and competed in dance battles. Besides that, she participated in diverse projects to gain more theatre experience. Patricia has been working as a dance teacher for quite some time now.