Visit the VR Zone (Library) to get a sense of life at a refugee camp in Jordan by watching 'Clouds over Sidra'. You will get an impression of the harsh reality in 360 degrees through the eyes of Sidra.

The Za’atari Refugee Camp in Jordan is home to over 80,000 Syrians fleeing war and violence. Half of these are children. 'Clouds Over Sidra' is the story of a 12 year old girl who has lived there since the summer of 2013. The film follows her to school, to her makeshift tent and even to the football pitch.

'Clouds Over Sidra' was initially created by Unicef to support the United Nations Secretary-General’s MDG Advocacy Group’s call for partnerships to build resilience in vulnerable communities. It’s the first ever film shot in virtual reality for the UN, using the medium to generate greater empathy and new perspectives on people living in conditions of great vulnerability. Its powerful capacity to allow anyone on a global scale experience life within a refugee camp has the ability to inspire the message of hope among not only the millions displaced but also those motivated to act. 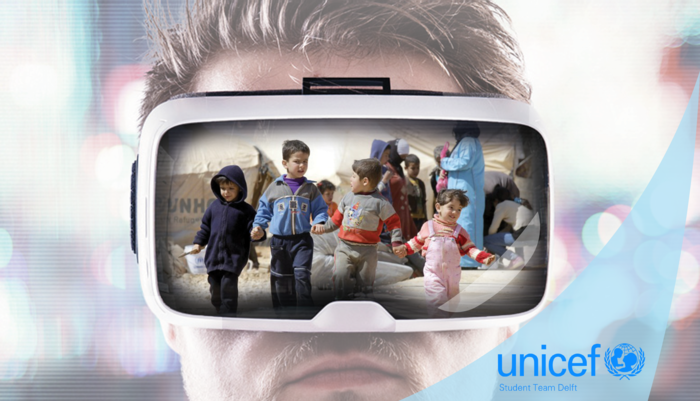